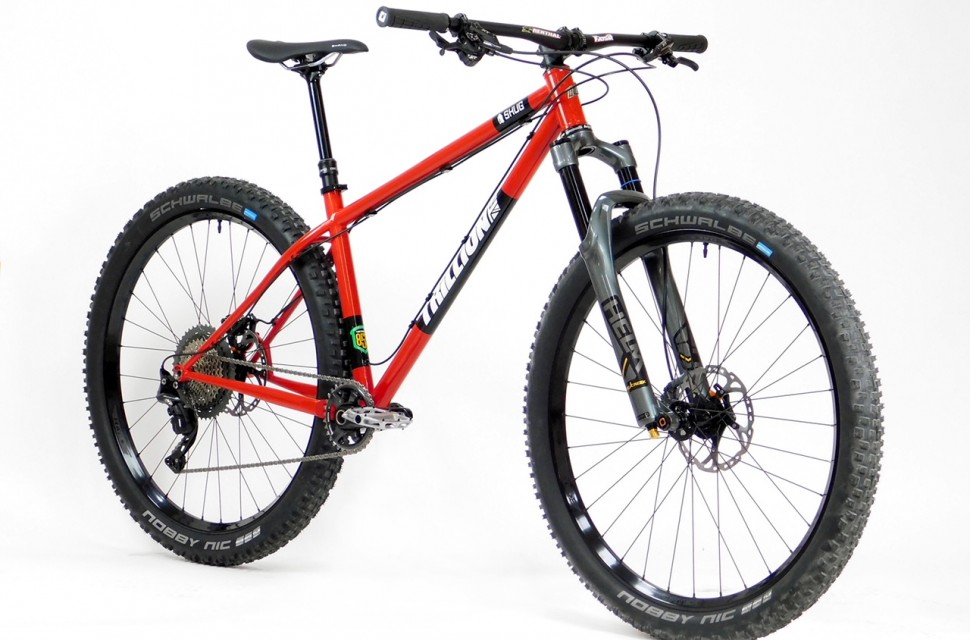 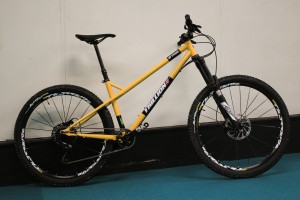 UK-based manufacturer Trillion Cycles have announced that they'll be adding a new trail hardtail to their range, the 130mm travel Shug. Made from a mix of Reynolds 853 and Dedacciai tubing, it's designed as a slightly less hardcore companion to their 160mm Prime.

Trillion found that several of their customers were asking for less travel but with the option to use larger rubber so Shug is designed to work with either 27.5x3" or 29x2.6" tyres which should be enough for most. Geometry is designed around a 130mm 29er/650b+ fork, features a low stack height and has ample pedal stroke clearance for most trail riding applications.

Matt Granger, Trillion's lead design engineer explains, “Shug sits perfectly in the Trillion range as Prime’s slightly more rational sibling. Achieving this in a package which still maintains the fast, stable and versatile nature of the ‘long travel hardtail’ was previously very challenging to achieve, however, the rise of the 29er, increased tyre volumes and significant performance and strength advances in shorter travel forks have opened this door to us. We believe that the Shug frame in combination with the very well received Helm fork platform from Cane Creek is going to make for one extremely fun and fast setup.”

Shug is compatible with internal dropper posts and to the relief of our editor, Jon, has a standard BSA 73mm bottom bracket so there should be no creaky business here. 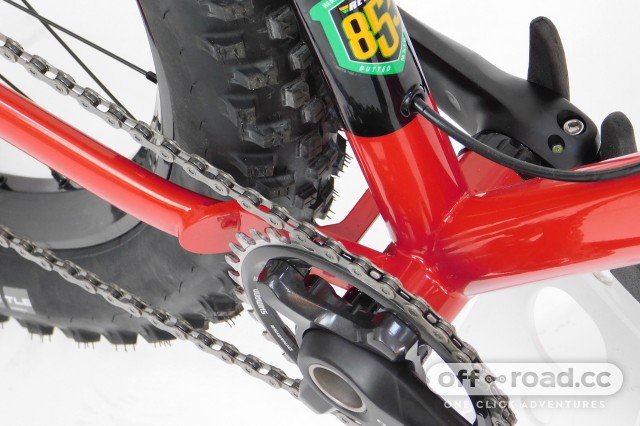 As with the Prime, the Shug is available in 14 colours and fabricated from start to finish in the UK using Reynolds 853 for the front triangle and Dedacciai tubing at the rear. 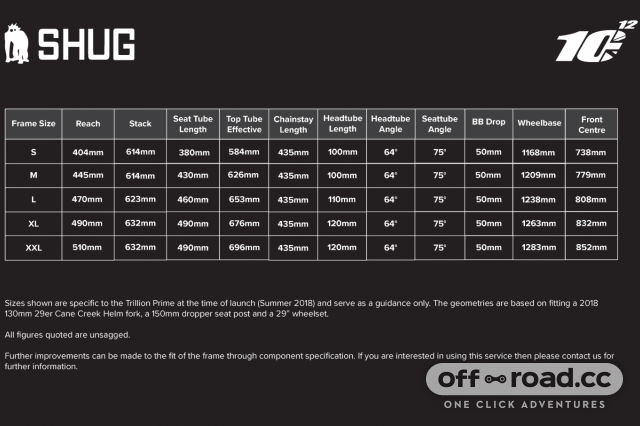 To launch the Shug, Trillion will be offering an initial special package with 130mm Cane Creek Helm Air Forks for £1595

As part of Liberty Cycle Division, who also own Shand Cycles,  Trillion Cycles design the frames in Leamington Spa but produce them in the workshop in Livingston where they are fabricated painted and assembled to order and finally test-ridden before being sent out to the customer.