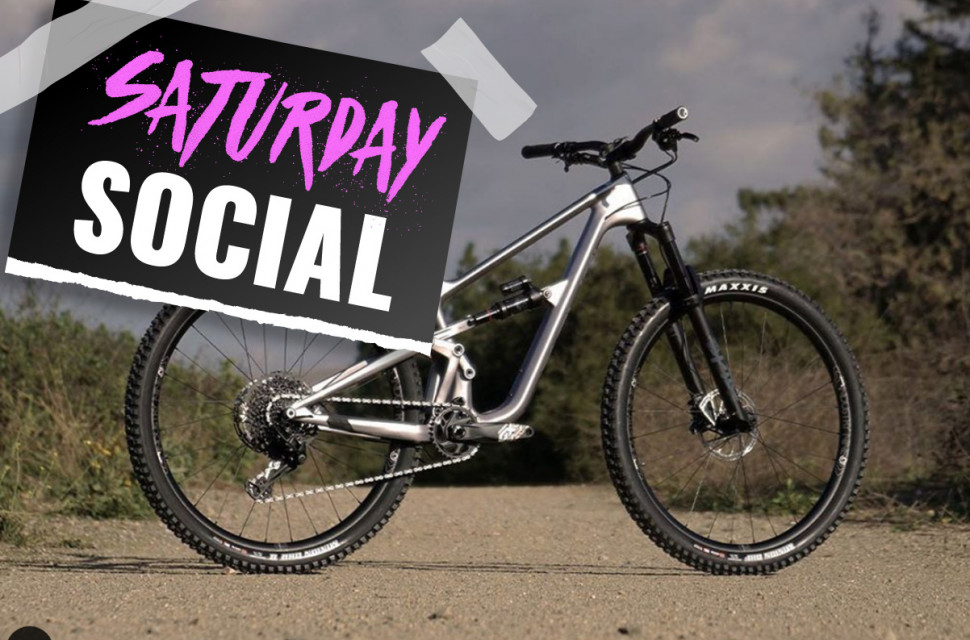 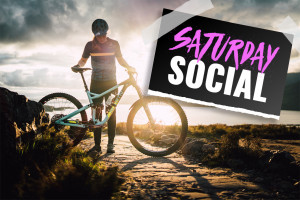 Saturday Social - this weeks cycling news straight from our Instagram feed
There's a new full susser from British hardtail brand on the horizon....

We round up a whole host of cycling news this week including some amazing edits and being behind the scenes with Danny MacAskill to a solar powered e-bike on an epic adventure. There's also sneak peeks as new British bikes, news of televised urban races in the UK and info on the plans for accommodation at the hugely popular Bike Park Wales.

Doggles! Our Rach's traildog, Ebby, gets in on the test action with this dog goggles from RexSpecs.

Is your trail dog this #enduro? @rachael_gurney’s doggo Ebby gets conjunctivitis from running too close to the rear wheel in the wet so she’s helping us out and testing these dog goggles from @rexspecsk9. As you can see, she’s still getting used to them at home, we’ll let you know when she hits the trails. 🐶 👀 🚲

Our sister site e-biketips saw this news, its a solar powered e-bike and is apparently taking on a huge trip powered by the rays!

We'll admit, we saw this news over on Singletrack, props to a good spot from their journo's! This is apparently evidence of the new Pipedream Cycles full suspension bike in the wild ridden by one of their sponsored riders.

Revel Bikes is a relatively new company with an, already established sister company that produces titanium bikes. They have just launched this stunning version of their bike called the Revel Rascal T1000, its a 130mm, 29er with geometry that they say is long but not too low... interesting.

Episode 2 of "A dogs life" is out now, watch Brendan Fairclough shred his Scott Ransom somewhere warm and dry....

This Insta post is for effect only, the real news here is that there is a televised Urban DH race planned for Selkirk, Scotland in 2020! Find out more here.

A post shared by VisitScottishBorders (@visitscottishborders) on Sep 6, 2019 at 9:12am PDT

Explore More with Spinergy’s GX Gravel Series. Out of our collection of 3 tailored wheelsets, which one would suit your riding style? Take a look at the full video and GX guide in the link in our bio. Powered by PBO. . . #ridespinergy #pbopower #feelthedifference #spinergygx #gravel #gravelriding #adventureriding #bikepacking #gravelbike #gravelwheels #cyclocross #cx #crosswheels #crossbike #unlearnpavement

Fabio Wibmer didn't waste any time shooting an edit after his move from Specialized to Canyon for 2020.

Thanks for the awesome feedback on the new video! It's been such a fun project 🤙 #IsraelIsMyPlayground @visit_israel PC @hannesberger_com

Bike Park Wales have had their 'Master Plan' approved meaning its full steam ahead with the work they have planned for accommodation, new trails and more parking!

More good news, our 'Master Plan' has officially been given the green light! In addition to more trails, parking and a shower and toilet block...on site accommodation is also coming. For all the latest information, click the link in our bio. 🤘 #bikeparkwales #mtb #mtblife #mountainbiking #bikepark #wales

Got to admit this one was pretty scary!! #redbull #cutmedia #gymnasium #glasgow #parrallelbars