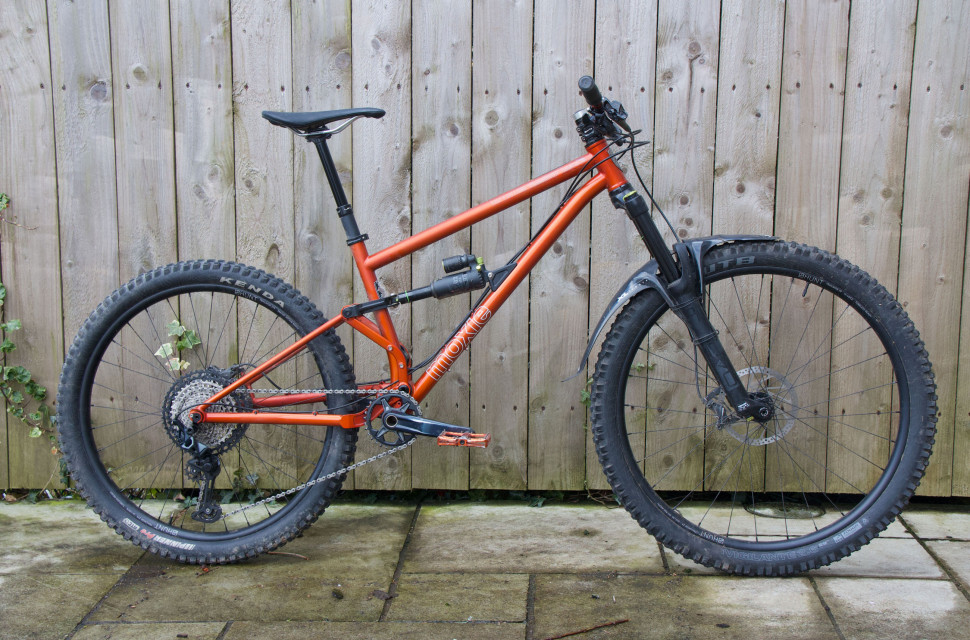 A good few months of rocky Lake District trails and the Full Moxie and I are getting on very well. I’ve run it mainly in its 29er guise and more recently, mulleted it with a 27.5" rear wheel, bringing out certain elements of its character even more. At its core, it’s fast-rolling, climbs surprisingly well while delivering confidence when things get dicey, partly owing to its steel frame, and partly due to the suspension.

With its tough, dependable build, progressive geometry and super reliable single-pivot suspension, it’s a fast descending, smooth rolling and sure-footed climber. The ride feel is a blend of positive trail feedback coupled with a suspension feel that doesn't surprise and positively encourages you to go faster. Whilst the frame material isn't by any means magical, it has its own obvious benefits, which outweigh any downsides.

The steel construction provides the frame with flex in areas that aid the ride and helps to keep things locked tight elsewhere. The rear end visibly flexes side to side, if you hold the back wheel and move the frame. This flex in this direction isn't a bad thing - I think it gives it a suppleness to the line the back wheel holds. The frame is not twisting and the bike's feedback isn’t harsh, but more flowing, without feeling vague. More on this in the final review to come. 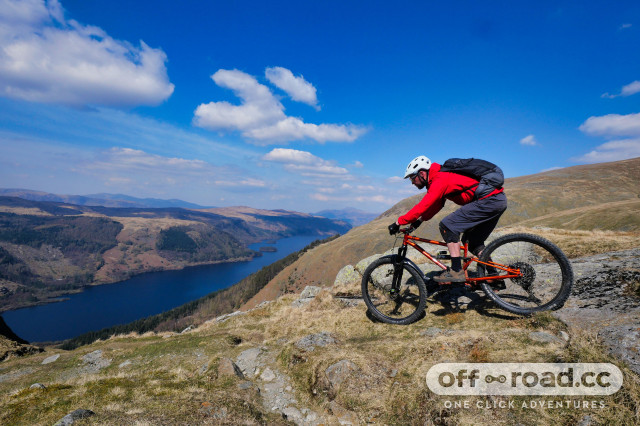 To Mullet or Not to Mullet

My first main change was the mullet. Curious eccentric change or genius ride enhancing move? A bit of both, with some real advantages if you're riding steep tech and you favour less rolling or traversing ride terrain. I set it up with the same brand wheel in 27.5", and ran a 2.4 tyre, as I wanted to make the change as pronounced as possible.

In short, the 27.5" rear wheel makes the head angle slightly slacker - it’s enough that I noticed my seat angle had changed, and thankfully the bottom bracket isn’t moved down enough to enter rock striking territory. The ride when pointed downhill feels more playful, with the backend feeling more nimble and dynamic.

It does hook up a little more on rock edges, as my rims told me after a few solid dings. Cornering feels easier to sling the back of the bike around, not that it was a chore before, but the smaller wheel does feel easier to flick. On really steep sections of trail, I found I was less off the back, and it aided in dropping down steep chutes or rock slabs. Where I found the compromise was more on the traversing trails where the bike wasn’t rolling as well as it did with a 29" front and rear. 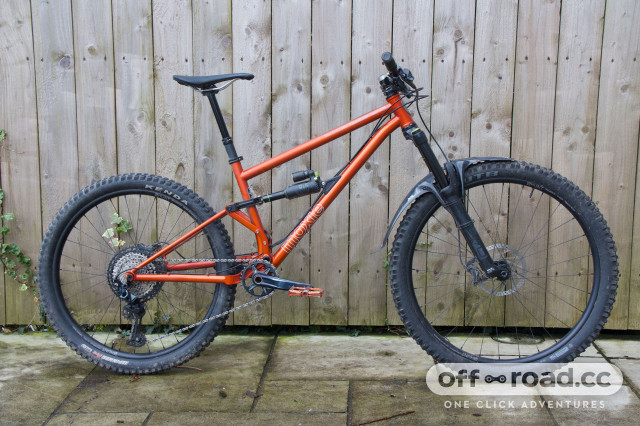 Elsewhere the DVO Topaz T3 Air rear shock has been a real treat. Following the set-up, the shock feels bottomless with only a couple of obvious moments when the travel had definitely been reached. My only criticism so far is that the pressure valves point upwards and I catch my shorts on them at times, especially on technical climbs or track stand moments. I’ve ridden the Full Moxie set at open all the time, as for nearly all my climbing, I’m seated and it seems to add grip. I like the suppleness on smaller chatter bumps, and its ability to soak up large repeated strikes at speed.

The DVO Diamond D1 forks with 160mm travel feel excellent. It took a little time to dial in the settings, but once down, the fork feels very balanced. I particularly like it on tight, steep corners where it holds up well without diving significantly. It remains fluid and reactive on mid-sized trail obstacles, either at speed or a slower pace also.

I’ve now switched the wheels back to 29" for the rest of the test period. I’ll look at the bike and geometry in more detail on my final review, and further discuss the ride feel. I have various wheels and tyres to try out, so it’ll be good to see how this varies the ride. So far, The Full Moxie and I are getting on very well, and it’s surpassed my expectations and surprised me in its capabilities.