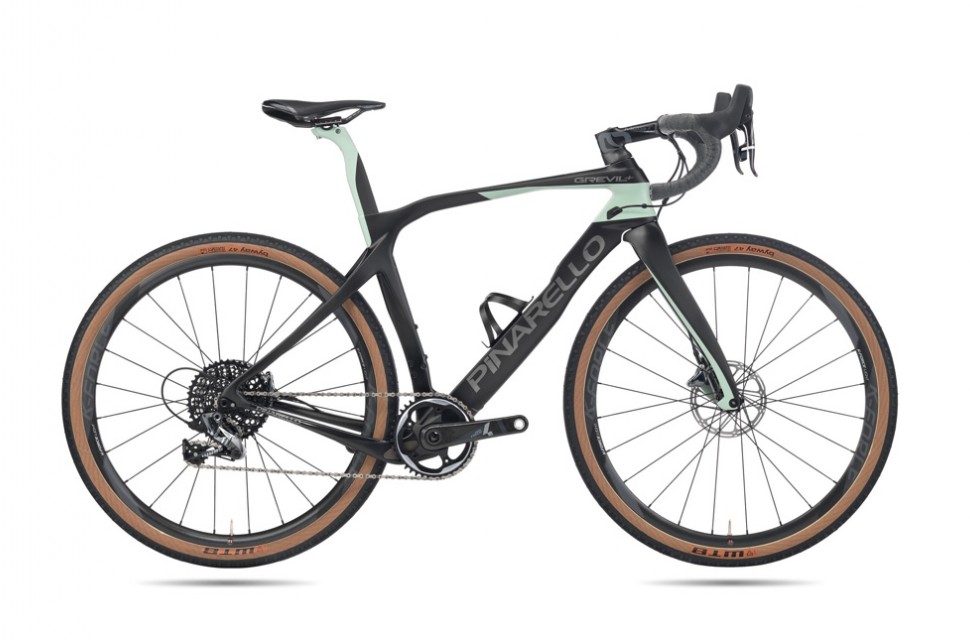 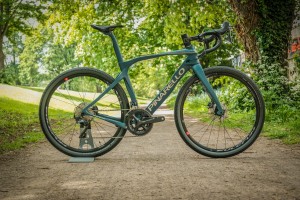 Italian road cycling brand Pinarello has launched a pair of new gravel machines called, imaginatively enough, the Grevil and the Grevil+. The new designs come with a full carbon frame and can fit 700c or 650b wheels with correspondingly fat rubber and are designed to be able to take everything from tarmac to dirt in their stride.

This is the first time Pinarello has dipped its toe into the world of gravel bikes and this bike definitely gets quite of a lot of their design DNA thrown in thanks to shapely tubes and wavey lunes. It's also paid a lot of attention to the aerodynamics, with a concave downtube and front disc cover amongst other aero tweaks, though no specific claims are made about just how slippery it is.

The bike gets through axles and disc brakes at either end, with 142x12mm at the rear and 100x12mm at the front, with a little flap that covers the front calliper, presumably for the aeros. The frame is internally routed for both Di2 and conventional cables and you can fit in a 650bx2.1" tyre or up to a 42mm on 700c rims.

There will be a complete Grevil bike available which uses a frame made from Toray T700 carbon fibre, but the more expensive, frame only Grevil+ gets higher modulus 'Torayca T1100 Carbon 1K Dream Carbon' with something called 'Nanoalloy Technology' which apparently is a "technology that forms polymer alloy structure combining multiple polymers in the nano-metric scale". 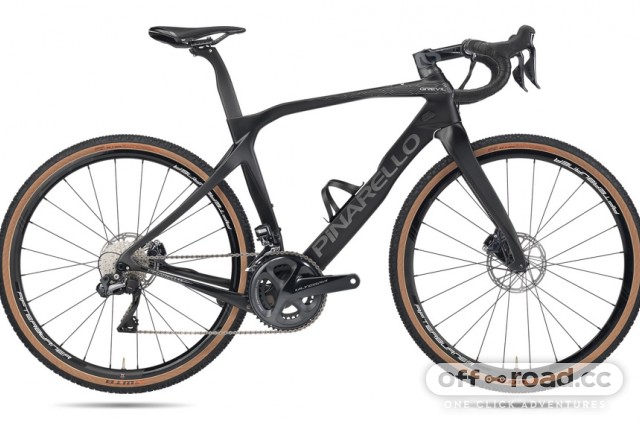 Six frame sizes ranging from 44cm to 59cm will be on offer and the geometry is fine-tuned with differing head and seat tube angles for each size, though the 53cm gets a fairly pointy 71º head angle and 550mm top tube, for example. You can also pick from five colour schemes as well.

We're waiting on prices and availability, but Pinarello says that the complete Grevil will be an "extremely aggressive proposal for those looking for high performance with a very high quality/price ratio", so fingers crossed.