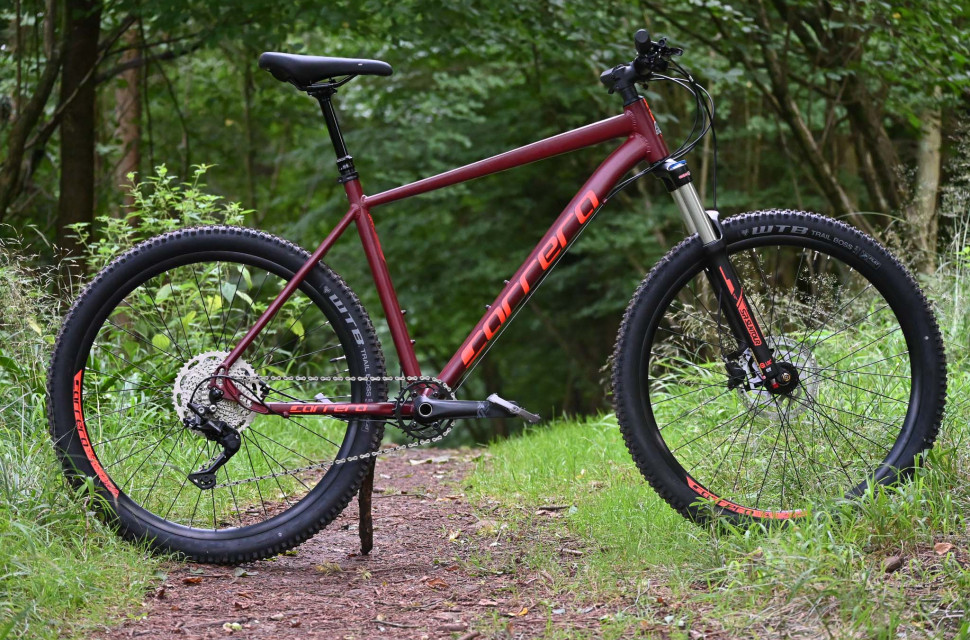 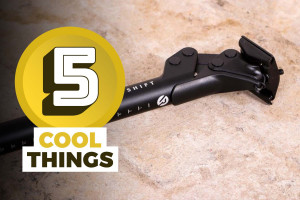 If you're looking to get into mountain biking or just need a new bike without spending a fortune, then things have never looked so bright when it comes to the quality of budget bikes on offer. Even by these already high standards, Carrera's new Fury trail hardtail looks to be a serious bargain, offering a dropper post and air fork for just £600.

The Fury is designed as a trail hardtail, with 120mm of travel up front with a butted aluminium frame and 650b wheels - all fairly standard for bikes around this price. It's the sheer amount of value Carrera that managed to pack into the spec that really impresses, with some key kit present that's not even found on bikes costing twice as much.

A real high point is that the SR Suntour Raidon LO-R fork is air-sprung, making it much easier to adjust for rider weight to maximise performance over the much harder to tweak coil sprung forks that often crop up on bikes at this money. It also gets a much more secure 15mm through-axle fixture connecting it to the front wheel, which should pay big dividends in stiffness and security, giving you the confidence to lean harder on the front end. 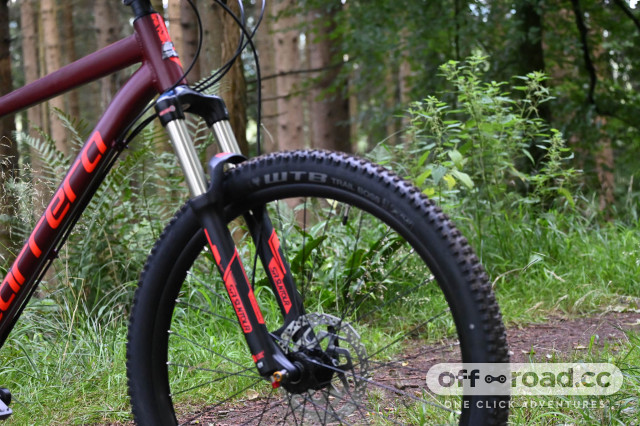 The bike also gets a dropper seatpost as standard, along with a bar-mounted remote to control it. A dropper post should be high on any serious mountain biker's upgrade list, so for a bike at this money to come with one already fitted is a real high point. It might only have 125mm of travel, but that's infinitely preferable to a fixed post.

It's also very impressive to see a single-ring drivetrain based around Shimano's 10-speed Deore group. There's a Sun Race cassette with 11-46T gear spread, which should be suitable for everything from steep climbs to pushing hard on the flat. Deore has a great reputation for long-term durability and the mech has a clutch mechanism to help prevent the chain from bouncing off on rough ground. 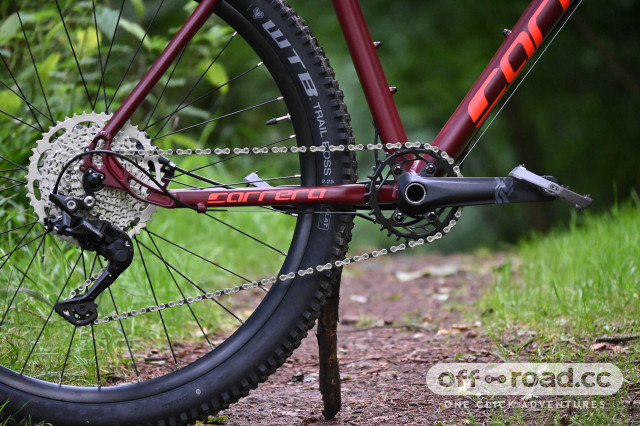 Shimano also provides the stoppers, with MT200 brakes clamping on to 160mm rotors. It's good to see modern cockpit equipment too, with a 45mm stem and decently wide 760mm bars on this large bike. 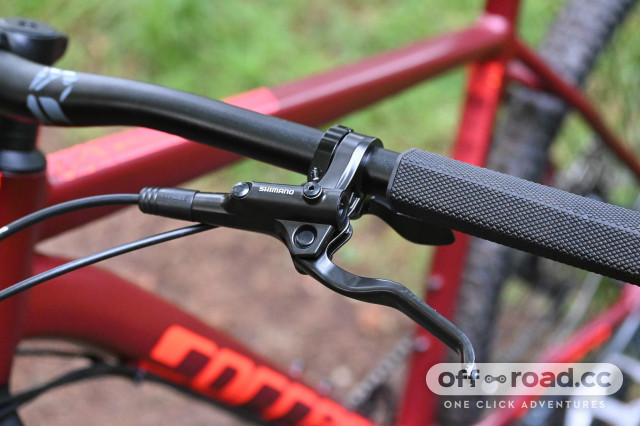 It's also great to see that the chainset uses an outboard bearing bottom bracket rather than an inboard bearing square-taper type. It's much lighter due to the thinner axle, helping shave off a chunk of weight over cheaper kit. Talking of weight, this bike comes in at 14.2kg, which is pretty decent for this money.

The own-brand rims are shod with WTB Trail Boss tyres, which are a step up from the often unbranded rubber seen at this money. The 2.25" wide tyres get a 'Flat Guard' casing but sadly, neither is tubeless-ready, but that seems a somewhat churlish complaint at this cash. 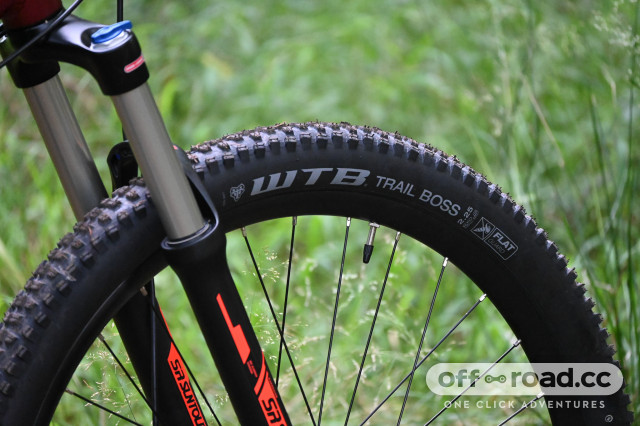 If we're really nitpicking then it's a shame that the grips are rather unpleasant feeling octagonal profile non-lock-on items and the rear derailleur cable has a split rather than continuous outer casing, which means dirt will find it much easier to get in and mess up the shifting.

Carrera is rather vague about some elements of the geometry such as the reach figure, but the head angle of 67° and seat angle of 74° aren't deal breakers and a quick rough measurement of the reach on the large-sized bike we have in came in at around the 450mm mark.

We'll be looking forward to giving the bike a thorough test over the coming weeks, so check back for a full review soon.

Impressive spec for the money, Calibre have got competition. My Two Cubed is heading towards that spec now but there's no way I could have built it for £600.