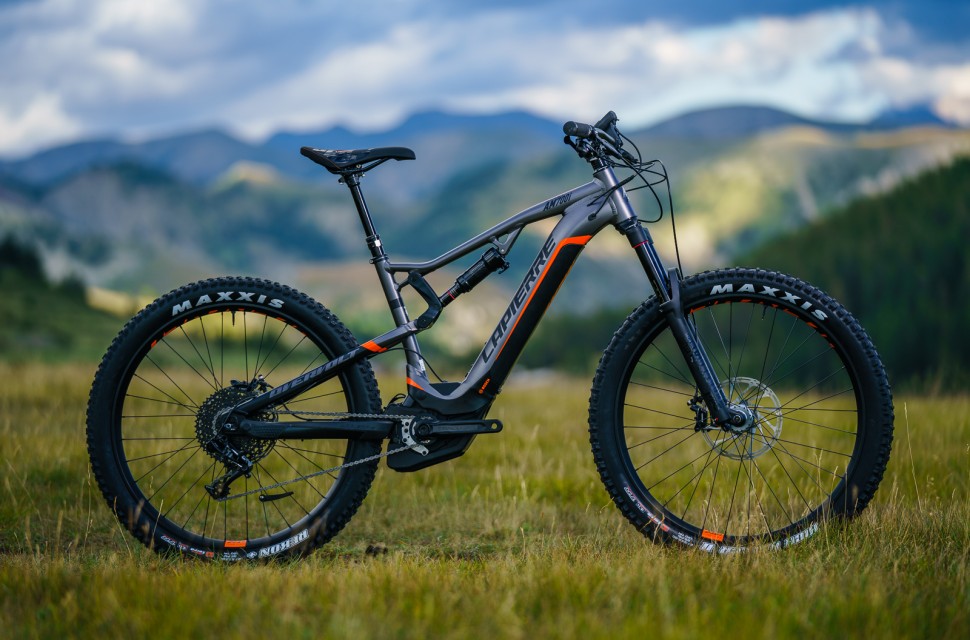 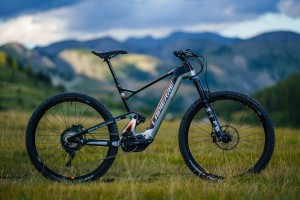 Lapierre has just announced two new e-MTB models for their 2018 line-up, one Bosch and one Shimano based system. The Overvolt iBosch, based on the Performance CX powertrain, uses Bosch’s new PowerTube 500 downtube integrated batteries for a more streamlined look. I was able to ride it during the launch in Valberg, a less well known resort in the French Alps with spectacular terrain and riding.

The new Overvolt AM iBosch system uses the Bosch Performance CX Drivetrain along with the all new Bosch PowerTube 500 Batteries. 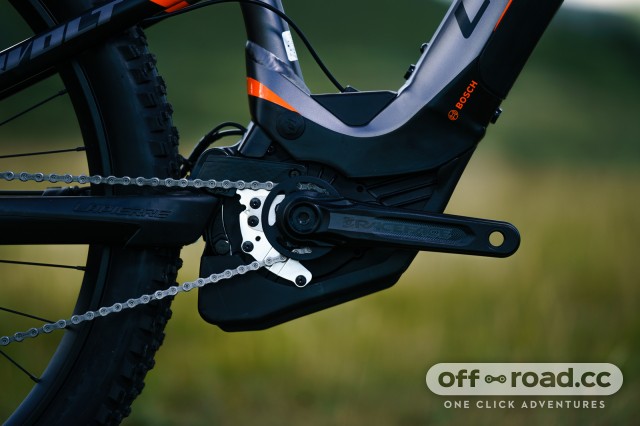 Lapierre will be one of the first companies to deliver bikes using the integrated 500Wh battery. It moves a significant step closer to streamlining the look of the bike, slotting into – an admittedly portly looking – downtube. Nonetheless, I had to do a slight double take during the reveal as it looks quite traditionally mountain bike-like.

The battery is removable for on or off bike charging, and its integration into the frame means there is now space to fit a bottle cage. 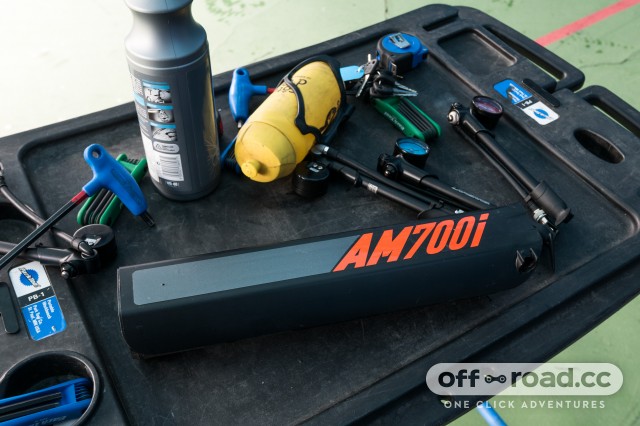 The new control software introduces the eMTB mode (though this is also available as a firmware update for current CX models from 2016/17). The eMTB mode replaces Sport mode and adjusts the power input from the motor based on the pedalling effort of the rider. This adaptive power input is supposed to provide better control on the trail.

The bikes will come with an ACS (Anti-Chainsuck) attachment that should rectify some of the issues experienced with chainsuck on the small sprocket at the cranks.

Lapierre is also introducing some components that will also be available aftermarket. A screen cover will protect the relatively exposed Bosch display, and a magnet holder will prevent the spoke magnet turning – an issue that has been causing errors with some users.

The geometry of the new bike is based largely on the lauded Overvolt Carbon. However, the chainstays are 15mm shorter whilst the wheelbase is 10mm longer overall to improve handling. Excessively long chainstays are one of the key shortcomings on ebikes, with the motor often taking up a lot of space behind the bottom bracket. 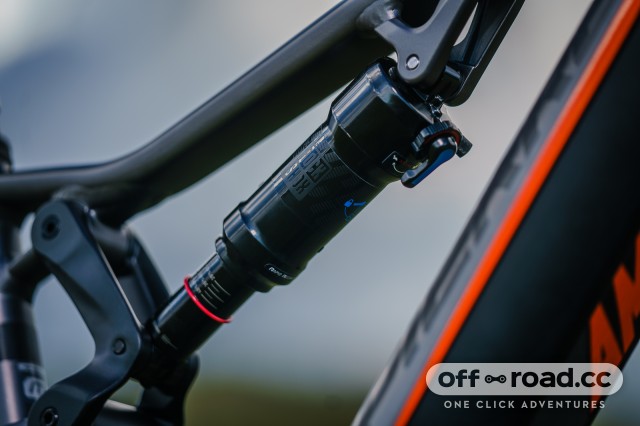 The frame is constructed from Lapierre’s Supreme 5 alloy. The suspension is based on Lapierre’s OST+ platform, which is used to great effect on Lapierre’s Zesty and Spicy models. This particular model has 150mm of travel.

Lapierre has introduced a DWS (Dual Wheel System) allowing the dropouts to be flipped to switch between 27.5” and 27.5”+ tyres.

The bike has relatively standard geometry, with a 66 degree head angle and 73 degree seat angle. The reach is on the longer side at 444mm for a medium, whilst the chainstays are on the shorter side at 460/470mm (depending on the dropout orientation) for an e-bike, but still long compared to any normal (non-powered) enduro bike. 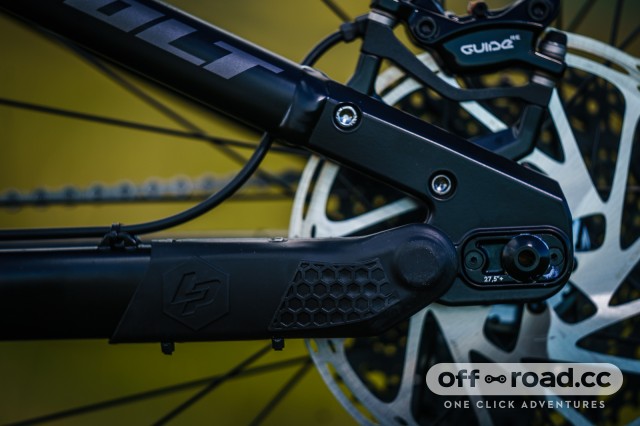 The Bosch system will be available in four different 27.5+ models – I was riding the Overvolt AM700 iBosch. This is specced with the following components:

There will be a higher specced AM900, with SRAM X01, a Super Deluxe Shock and Fizik Saddle. The cheaper AM600 will use a Revelation RC Fork and move to SRAM NX and Formula Hubs, whilst the AM500 model will use a Suntour Fork and move to 10 speed Deore. Lapierre are also releasing an XC500 model with 29“ wheels and 120mm travel.

The anticipated release date for these models is October. 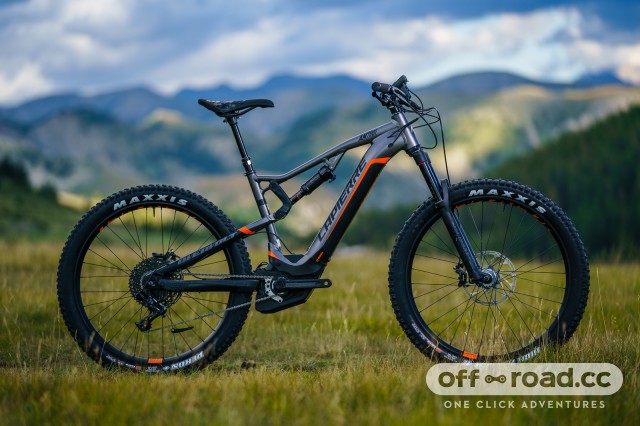 The launch took place in Valberg, about an hour and a half drive from Nice up into the maritime Alps. Valberg is the official R&D test area for Lapierre and is also a regular haunt for the likes of Nico Vouilloz as well as a stage on the Enduro World Series. It is not the most well-known of areas but has spectacularly steep, rocky and technical riding in an imposing setting. 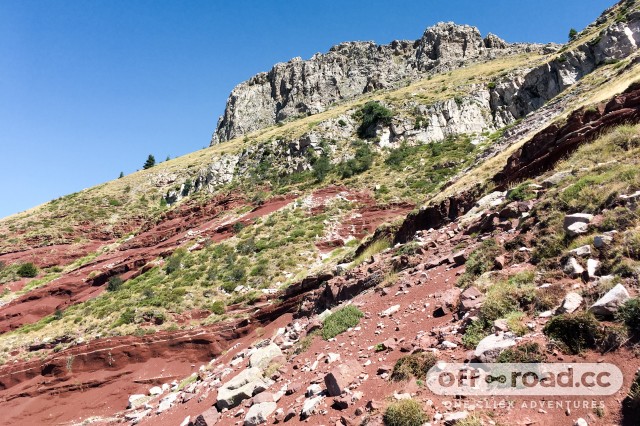 Lapierre wanted to show off the full capabilities of the bikes they were presenting and some of the terrain we rode would not have been possible on a non-assisted bike. Rider ability rather than the bikes was the limiting factor in what we rode up (and down) successfully.

Our day consisted of a 30km loop with around 1000m of ascending. Grassy slopes and singletrack soon gave way to the rocky nature of Valberg riding. We were in an area called red-earth and were not so much following trails as freeriding and finding our own lines.

On the uphill sections the bike was able to ascend ridiculously steep sections, taking rocky chutes and steps in its stride. The torque and power provided the necessary oomph to push up steps and slopes that would be impossible on a normal bike.

I actually found leaving the motor assist in tour mode provided more than enough power for the majority of applications. Indeed, whilst I can see the new eMTB mode being very useful, it takes some getting used to feathering the pedals adequately to modulate the power delivered by the motor. It is easy to break traction on looser ground. 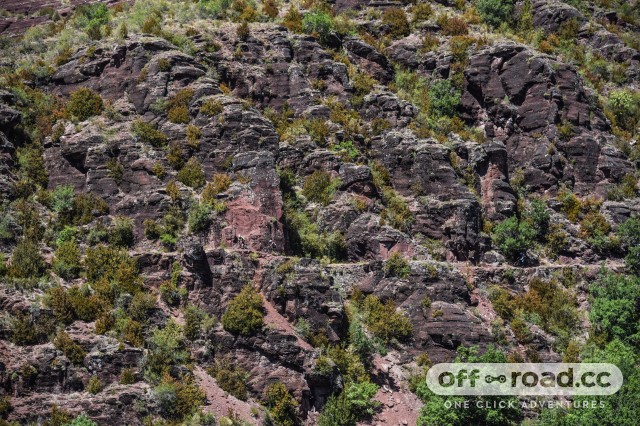 I did find I was clipping my pedals a lot more than I usually would but then this is also a factor of being able to pedal up much rougher terrain. This bike feels very good climbing, the longer chainstays inherent to an eMTB and relatively long wheelbase mean the front end stays down when putting down the power.

Like all eMTBs, the added weight gives a planted feel when pointing the bike downhill, giving huge amounts of grip and the ability to plough through the roughest terrain.

The bike really showed its strength on fast rocky descents. When things got tighter I found it a little bit less manoeuvrable and more difficult to manage. This is likely due to the relatively long chainstays and added weight of the eBike system making it a bit of a handful. Where this bike really excels is as an exploration machine on big and open mountain terrain. 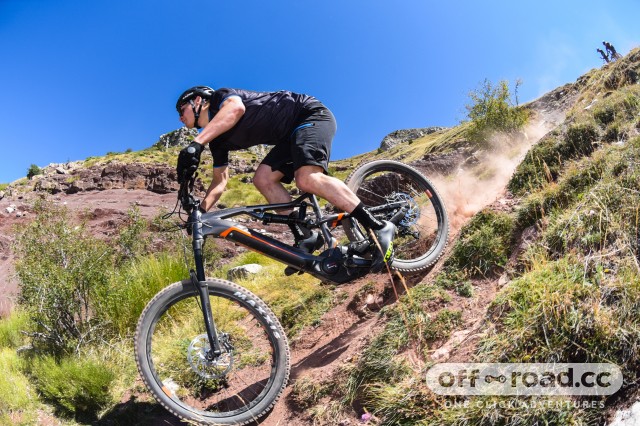 I found the plus tyres had a tendency to feel a bit wallowy under the weight of me and the bike. I think that having a tyre with more rigid sidewalls (i.e. double walls) would improve this. While the tyres had huge levels of grip, they felt a bit sluggish and vague in terms of steering accuracy because of this.

Braking is handled by the Guide RE brakes, combining a guide lever with code callipers. These provide good stopping power on what is a heavy bike and didn’t fade at any point throughout 1000m of descending.

I also really liked the new 11 speed SRAM GX-e shifter. Only allowing one shift at a time to protect the chain from the high torque produced by the motor, it provided accurate and obvious shifting.

On the other hand, I feel the Bosch Intuvia Display and Control are unnecessarily large and clunky when compared with other systems. I especially find that there is little to no feedback on changing power modes, meaning it is easy to change mode accidentally.

I would say that the Bosch systems are definitely an eBike first, with the power delivered by the motor quite obvious. This takes some getting used to when coming across from a normal bike. However, after some time with it, it is easy enough to adopt to and manage effectively. There was no point where I felt the motor was running out of torque of power. 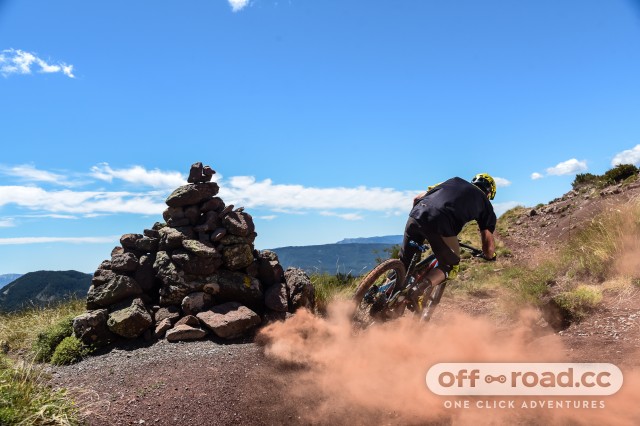 There is no doubt in my mind that this is a very capable bike. The terrain we rode was a trying test that it stood up to – eBikes can shred with the best of them. However, I see this bike as an incremental step forward rather than a revolutionary leap. The most exciting new technology is the use of the integrated battery which significantly streamlines the looks of the bike.

Perhaps it is a matter of if it ain’t broke, don’t fix it – based on the Overvolt Carbon geometry, Lapierre has taken a solid and proven platform and further refined it to create a capable and well-packaged bike that both rides well and looks good.