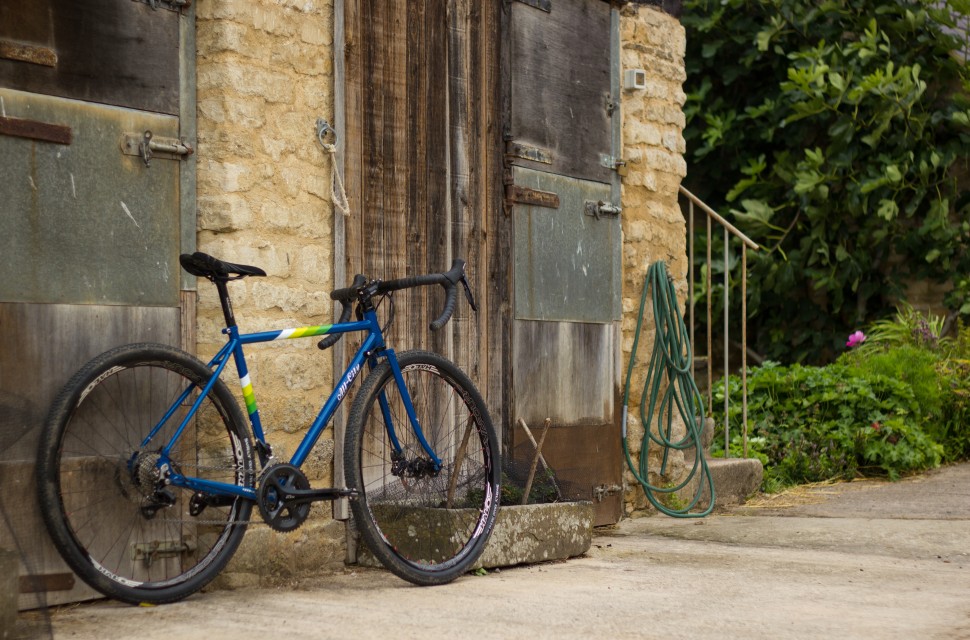 We’ve had the All City Cycles Space Horse in our stable for a few weeks now and have hit both the gravel and the road aboard it’s shiny retro blue frame. We’ve just started to get acquainted with this little pony and wanted to let you know how we were going.

The Space Horse is a versatile, do-it-all, drop bar machine. Rachael has been commuting on it, she’s taken it on some gravel road missions, she’s gone in over her head down singletrack and across infuriatingly muddy fields all in the name of taming the intergalactic stallion. You can check out our First Look at the Space Horse here and get up to date with the finer specification details. 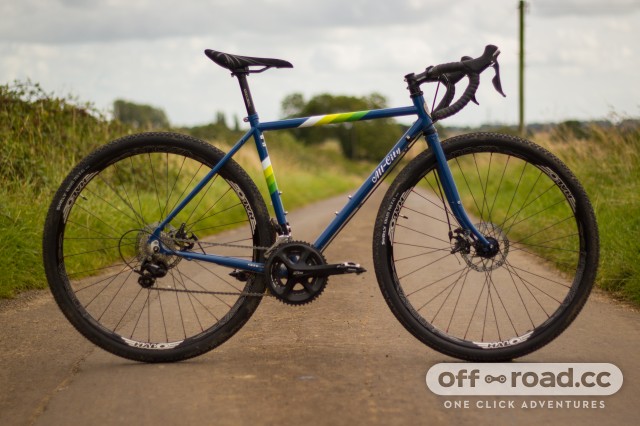 It's hard not to like the look of the Space Horse, the retro styling and skinny steel tubes are, in my eyes, divine! The frame, specced by Ison Distribution, is the 49cm version as I wanted to roll around on 700c wheels rather than the 650B ones provided on the smaller two frames. This frame size arrived with a 90mm stem which was quickly swapped out for a 70mm version making the frame just right for me. No other changes have been made to the bike so far aside from the saddle but I reckon that’s pretty much a given on any bike, saddle choice is so personal. 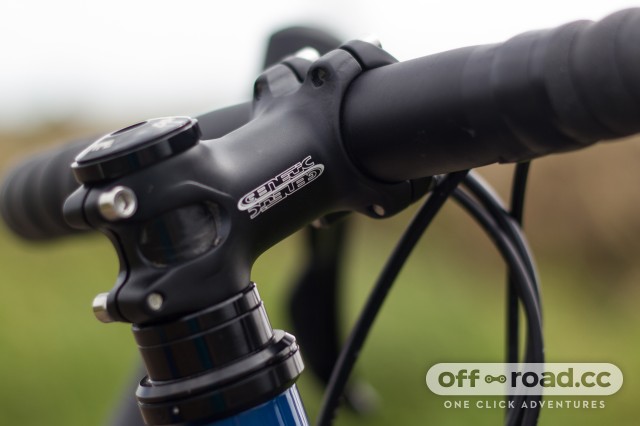 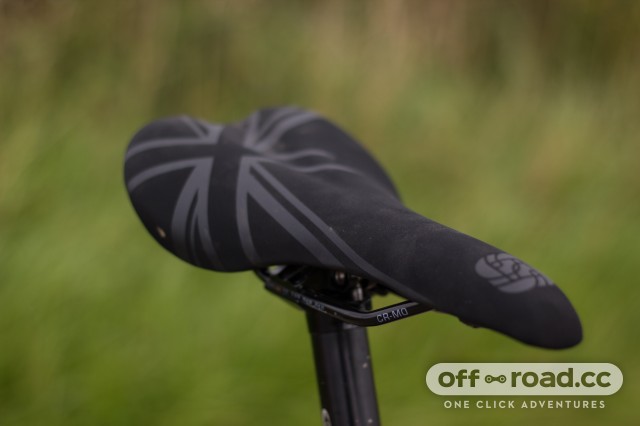 My first few shakedown rides on the Space Horse were fairly tame, we trotted along tarmac and gravel roads in the hills of outer Bath with little problems and lots of smiles. The Space Horse feels pretty well planted, it sticks to lines well and is a suprisingly smooth ride. 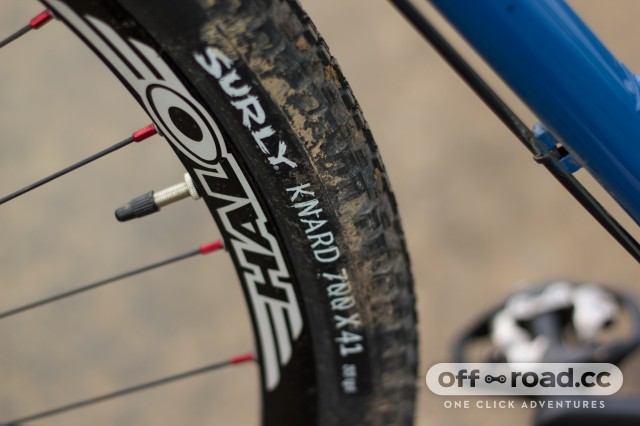 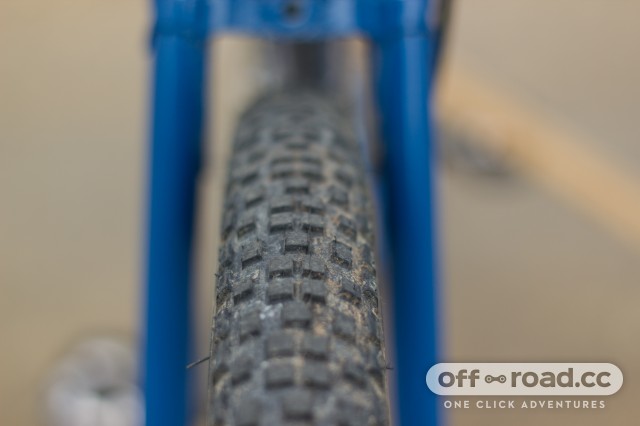 The 41c Surly Knard tyres on the 19mm wide Halo hoops quieten all but the biggest of bumps. The square knobbed tread rumbles across asphalt, grit and tacky mud taking it all in its stride, it clears pretty well and rolls ok too. We’ve yet to take it out in some properly disgusting conditions so will have to report back on how the tyres cope then. 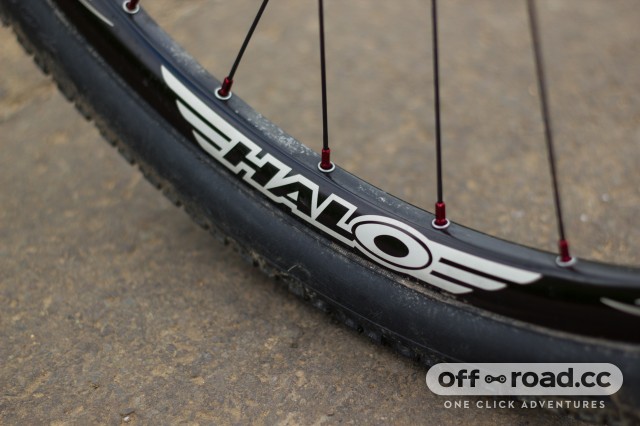 It’s pretty hilly around my way, less grinding type hills, more steep and sharp. It was here that I found the gearing of the Shimano 105 equipped horse to be a little steep. It sports an 11-28t cassette paired with a 34/50T double chain ring at the front. I think I might swap this in for something with a few more teeth on the rear. 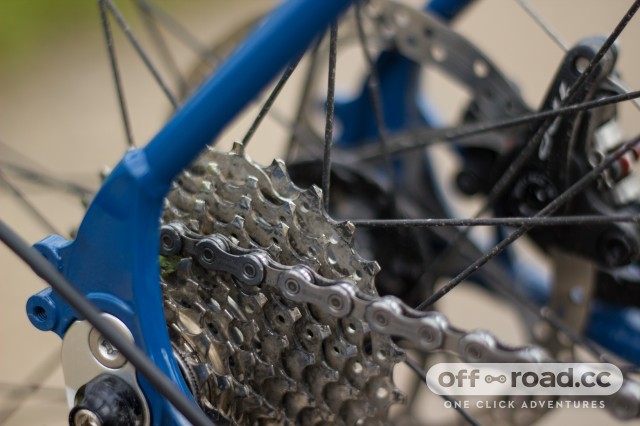 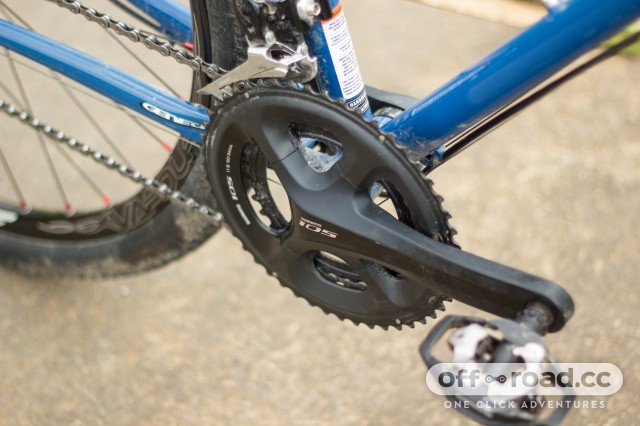 A week or so into equine ownership and I got a bit more adventurous, tackling some rougher bridleways and single track. It was here where I really got to know the Space Horse - stallion! Pitching down a rougher bridle way at somewhere near mountain bike speed and I quickly got acquainted with the limited function of the TRP Spyre C brakes. Despite their dual piston design, where both pistons move rather than the normal one-sided cable disc brake set-up, they still hold the horse back when off road stopping is required.  There isn’t much modulation to the brakes in these situations, they are either off or you need to haul hard on the levers to feel their effect. With my heart back in my chest and no physical harm done after a hasty bail, I hit the next downhill with a little (read A LOT) more caution. On the road the TRP speed-adjusters are far more suitable, a compromise is obviously required at certain price-points. 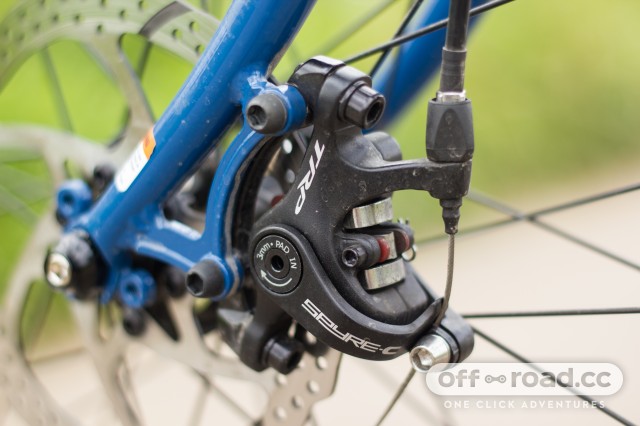 Rattling along the bumpier trails of my backyard and I found the forks to be a little ‘twangy’ for want of a better word. On the road or over gravel it soaks up trail noise but take it down a rougher trail with more weight over the front of the bike and the fork soon begins to wobble, it’s a little disconcerting. But, this is a jack of all trades type of bike so what you take with one hand you have to give with the other, fork vibrations on rough ground leads to good damping on a grinding fire road. 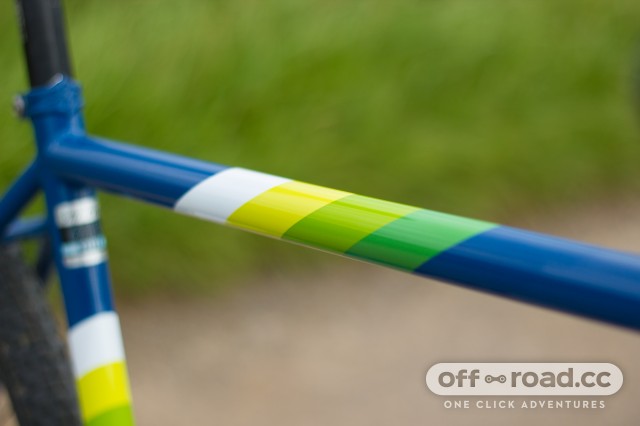 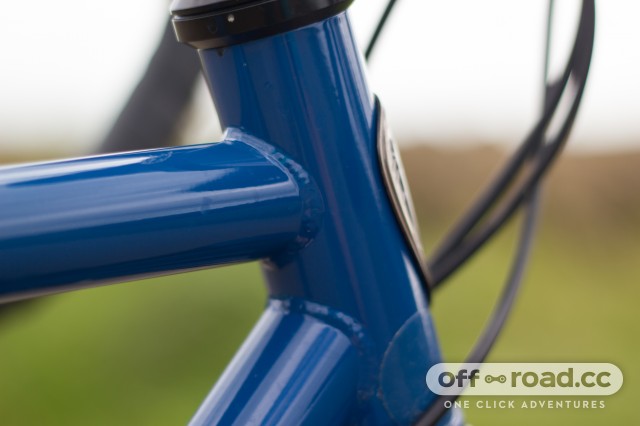 Moving forward from here, there are further updates waiting in the wings for the Space Horse. I plan to set her up tubeless and play about with pressures to see if I can tame a moist, rocky climb I’ve got my eye on. As this bike will also be my commuter it’ll need some mudguards, fortunately, this bike has all the attachments and fitting’s I’ll need. We’ve also got some frame, saddle and handle bar bags from Passport to try out on the Space Horse so stay tuned for further updates and kit testing from us! One thing's for sure, there are smiles for miles, from getting this bike out of the stable to bedding it back down again at night, I'm looking forward to getting some more trails and adventures under my "girth" on the little blue rocket. 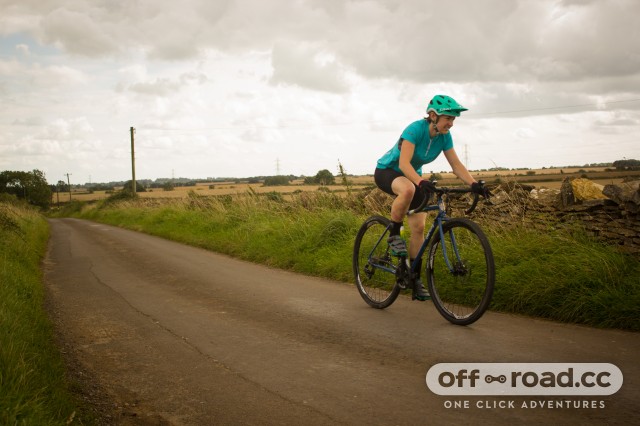 How much does this weigh?