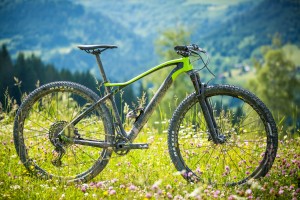 The Pass'portes du Soleil is a staple of the continental riding calendar and one that's hugely popular with the Brit too. It offers a festival-like feel where the food stops are just as important as the riding - and there's plenty of both to be had. It also offers a chance to see - and ride - the latest bikes and bits from the likes of Lapierre to lesser-known brands.

We've wandered through the expo area, headed into the hills and eaten our way around the event and amidst the sometimes eclectic fashion, we've found some really rather interesting bits that are certainly less well known in the UK. 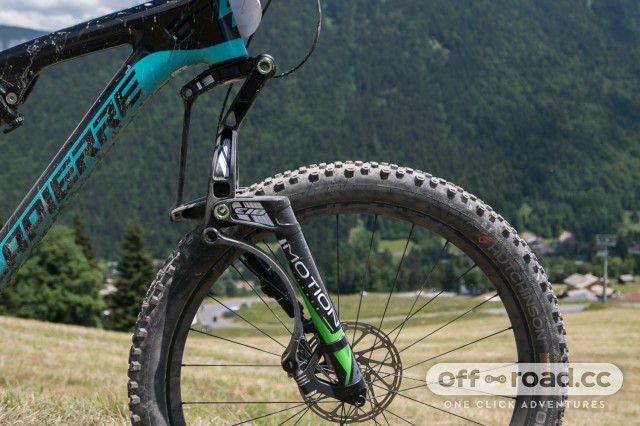 This is the Motion E18 fork and yes, it's very different to what you'll get from the likes of Fox or RockShox. The linkage design aims to counter the effects of brake dive, with a carbon and glass fibre leaf spring on one side and a damper unit on the other. Obviously, having your fork dive under braking reduces the amount of travel on offer for other stuff, like absorbing bumps. Does it work? We took it for a pretty robust test ride, so check back for our first impressions plus all the techy details we know you're dying to find out. 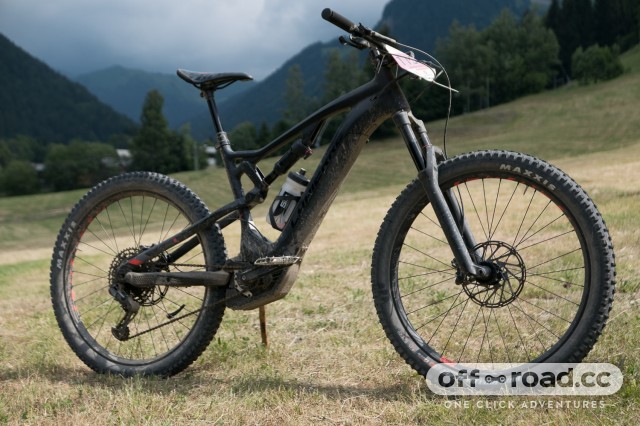 The big reason we're out in the Portes du Soleil is to ride Lapierre's latest trail e-MTB, the Overvolt AM Carb. As you might guess from the name, it now uses a carbon fibre main frame with an integrated battery to reduce weight and increase comfort. With 150mm of travel at either end plus a Bosch motor, it's equally happy going up steep terrain as well as down it. Again, a fuller review will be coming as soon... 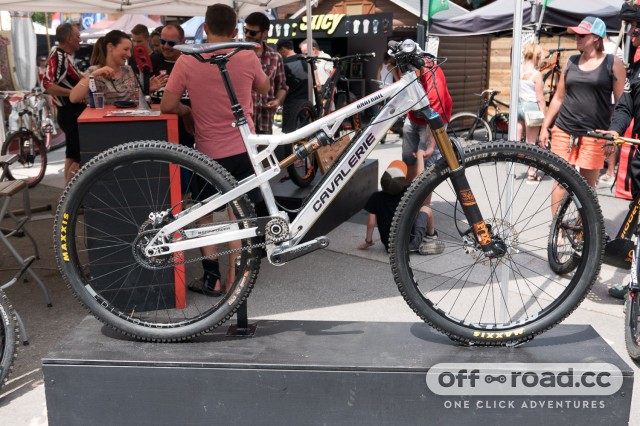 This is a brand we're ashamed to say we've never heard of before, but they had a complete range of rather polished looking bikes using the Effigear gearbox system on show. This was the most 'trail' orientated machine, using 29" wheels and a Gates belt drive. 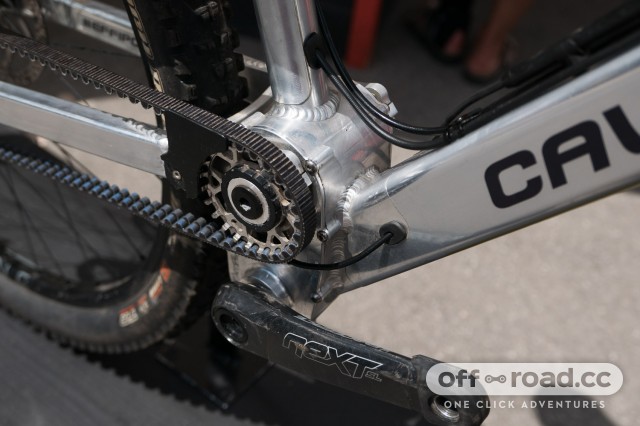 We've ridden the odd gearbox machine before and it's been a mixed bag, so it'd be interesting to see how this one fairs. Generally, the lack of weight in the rear wheel due to getting rid of all the stuff hanging on it means excellent suspension response but the 'boxes tend to feel noticeably more draggy than a derailleur setup. It scores points over the likes of Pinion and Rolhoff instantly because it uses a proper trigger shifter, however. Can this ride to the rescue of the gearbox concept? We don't know, but we know a bad pun when we write one. 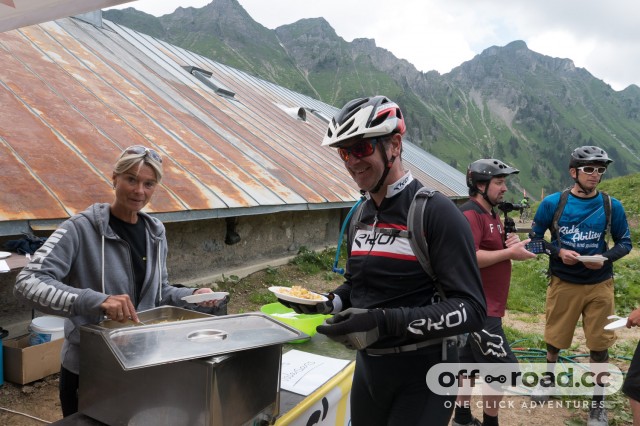 Anyone that's ridden in the Portes du Soleil knows that the place revolves around cheese and ham, with many a British mountain biker relying on the fromage et jambon baguette to power them through dusty days on the bike and it's a big part of the local culture. Okay, not so good if you're vegetarian and even worse if you're vegan - though these days you'll certainly have more options that a salade verte and not much else. 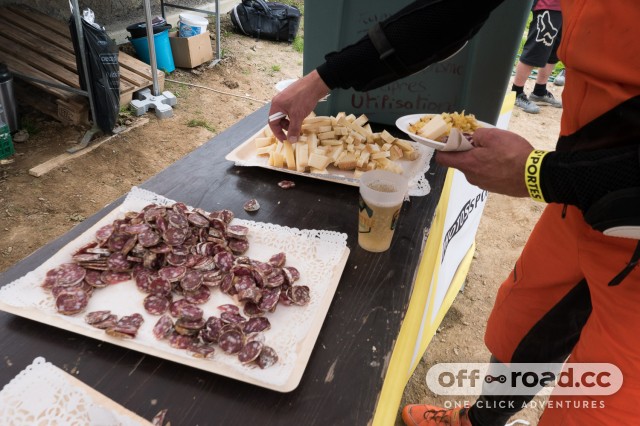 Anyway, the Pass'portes du Soleil certainly know how to lay on a spread, with numerous rest stops throughout the route. For some, it's a point of pride to stop at each and every one, which is the ideal way to keep your exercise calorie neutral. There's also local beer on offer at each stop, though you are limited to one (small) cup at each - from memory this seems to be a more recent introduction. Can't imagine why. 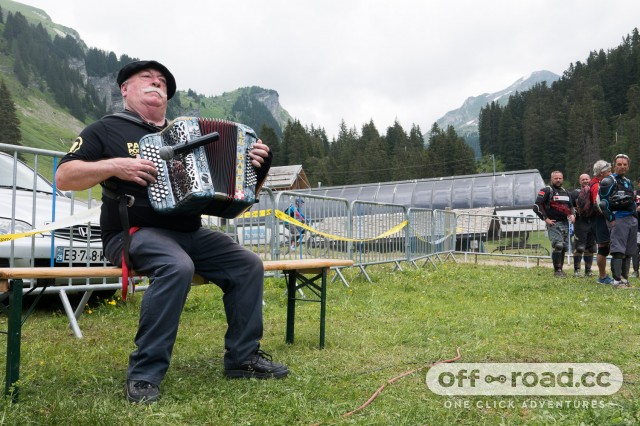 Of course, the locals are proud to show off their landscape and culture, few more so than this gent, who was kicking out the jams with gusto. 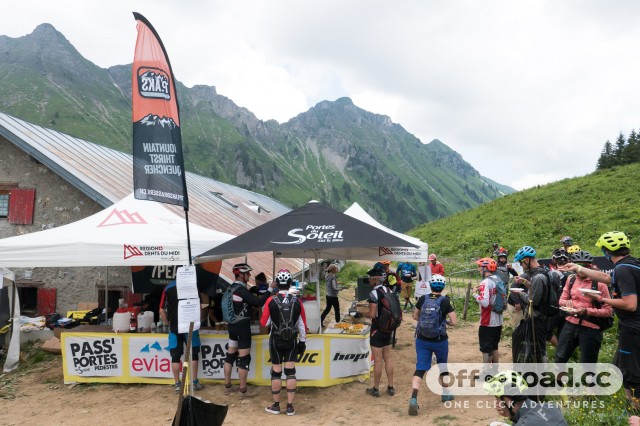 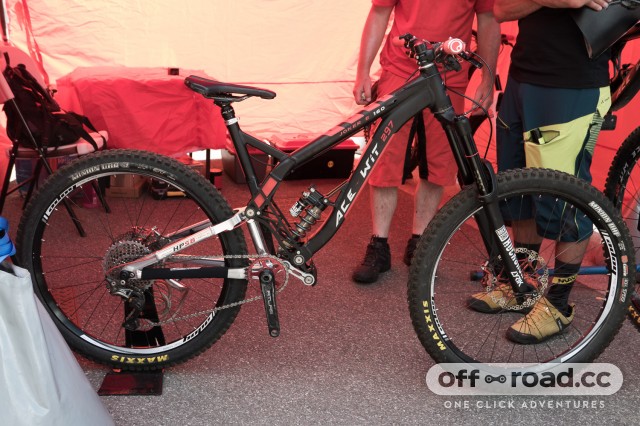 Again, another brand we were unaware of, the Ace Wit Joker is an enduro bike that resurrects a concept from the past, namely the high-pivot unified rear triangle. Proponents of the high pivot suspension systems say that it's better at dealing with big bumps and, as the wheelbase extends under compression, they can be more stable on big landings. The downside is a heinous amount of chain growth and hence pedal kickback unless you find a way to get around it - such as using an idler, like Commencal's Supreme DH bike. 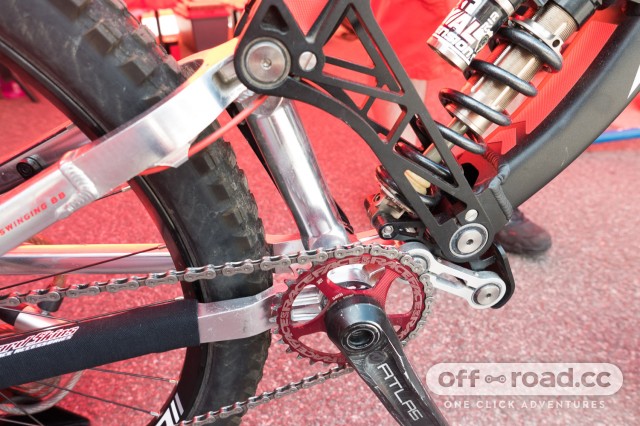 Ace Wit has gone for a different approach, bringing back the unified rear triangle as seen on numerous 1990s machines. This means there's no interaction between the suspension and the chain and also means that pedal bob is greatly reduced - but the trade-off is that your feet are still directly connected to the swingarm. It'll be interesting to see how this updated version fairs - we'll be angling for a go on it... 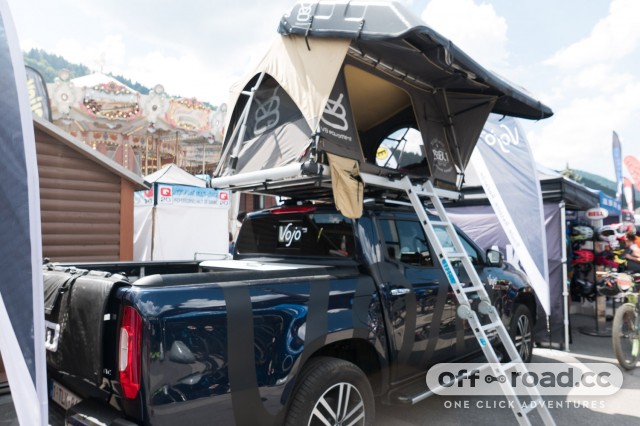 The Portes du Soleil is traditionally where scruffy Brits in panel vans like to decamp for some (or all) of the summer to destroy tyres by the bucketload, but this neat roof-mounted tent from V8 Equipment manages to marry European van dirtbag living with North America's love of the pickup, so you can both live in your vehicle and do moody slomo edits of you hanging you bike off the back of the bed. At €2,900, it's probably a bit beyond the means of most summer season riders - though you can stick it on top of any vehicle you like. V8 Equipment also makes a range of luggage for carrying things other than your body, too.