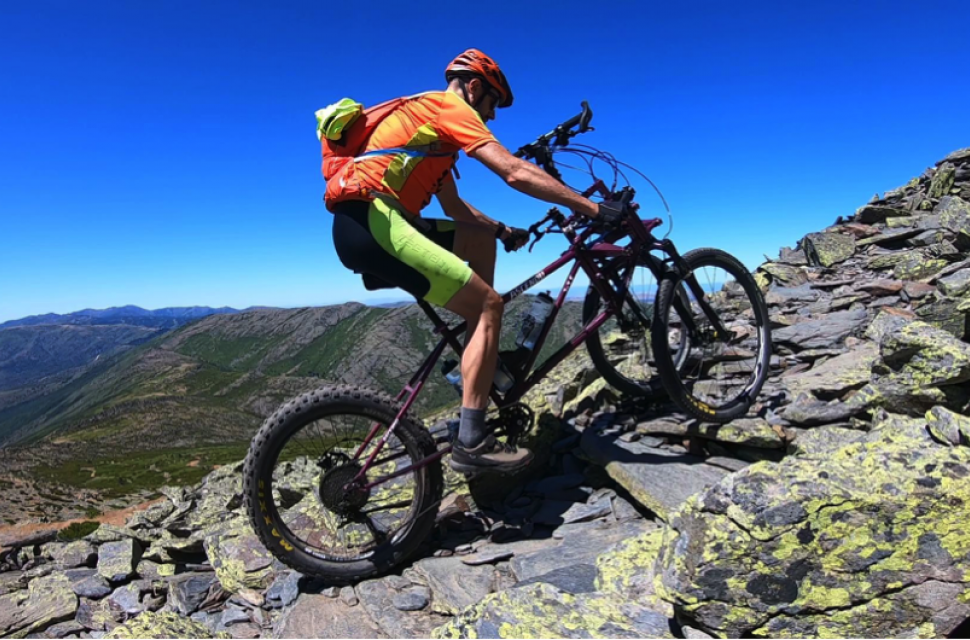 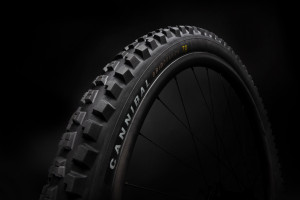 5 cool things from e*thirteen, Lezyne, Bluegrass, 7mesh and YT Industries
More cool kit, pumps and components have landed for us to test

Cotic's flagship RocketMAX gets updated for 2022
More sizes, shorter seat tubes and a revised geometry to make the most of fat forks

Specialized launches chapter 3 of their Fjällraven collaboration
This one includes bikepacking bags, jumpsuits and of course, flannel shirts

As if 2020 couldn't get more interesting, Ascendu has unveiled the 3x3, a mountain bike (or trike) that's designed specifically for the uphills. It promises to help riders climb up to a 75% incline with minimal effort and to open up new paths, previously unseen by regular bikes, or in fact, e-bikes.

The 3x3 from Ascendu makes climbing easier not only uses super-low gearing to get, but it also uses two front wheels, both of which have a whopping 430mm of travel.

This system allows the trike to be ridden across 120% inclines, the brand says. The two wheels have their own independent handlebar, or grip if you like. These grips can be pushed and pulled in order to keep weight balanced while navigating tricky terrain, like rock gardens. 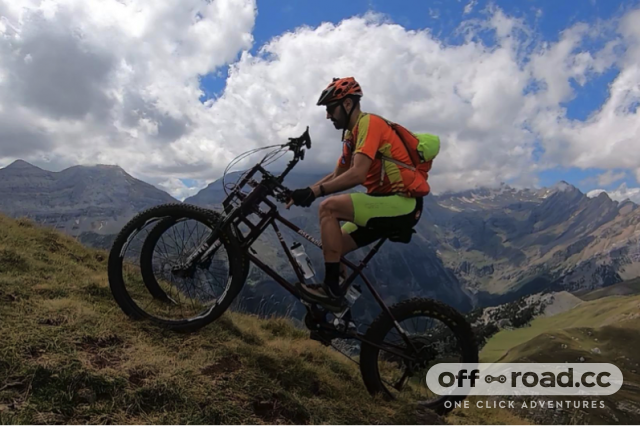 There's also another handlebar that allows for the tilting system to move separately from rider input for when you point this trike downhill.

As for the drivetrain, this bike uses a planetary gearbox which offers a virtual 13 tooth chainring, that's paired with a cassette with a 42t gear at the bottom of the range. With this, Ascendu says that a rider can modulate the climbing speed to match a rider's fitness during up to a 50% climb without the worrying about any loss of grip. 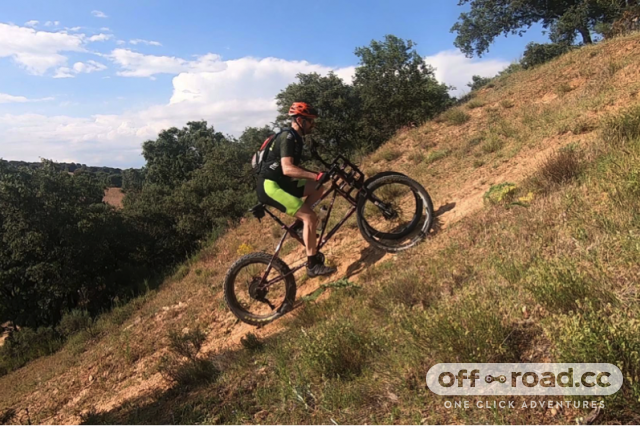 To help with weight distribution, and grip the 3x3 comes with a chainstay that reaches up to 680mm depending on the size. As for its weight, it sits at around 25kg depending on the choice of forks and wheels.

While the design may look to be from the mind of a madman, there's an awful lot of maths to back up the benefits.

When climbing, Ascendu says, it is possible to calculate the speed when climbing a 10% inclination by a rider pedalling at 190 W. The speed using the conventional bike would be 4.0 mph (6.5 km/h) and with Ascendu it's claimed it would be 3.6 mph (5.8 km/h). However, when the climb is 35% the conventional bike needs 430 W to keep the speed and traction and this exhausts the rider in a matter of second or minutes while with Ascendu the rider can climb easily the 35% inclination with just 190 W at 2 km/h without any extra effort. 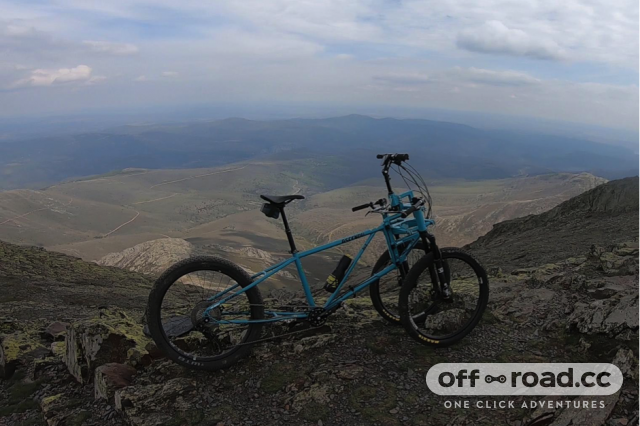 The 3x3 rolls on a pair of 650b wheels at the front with a 650b+ tyre at the rear. There's then an option that comes kitted with a fat bike tyre are the rear which should add a bit more grip and compliance.

Each trike is available with either a pair of RockShox Rebas or Fox 34s and they both come with a dropper post, hydraulic disc brakes at the front with a cable operated disc brake at the rear. 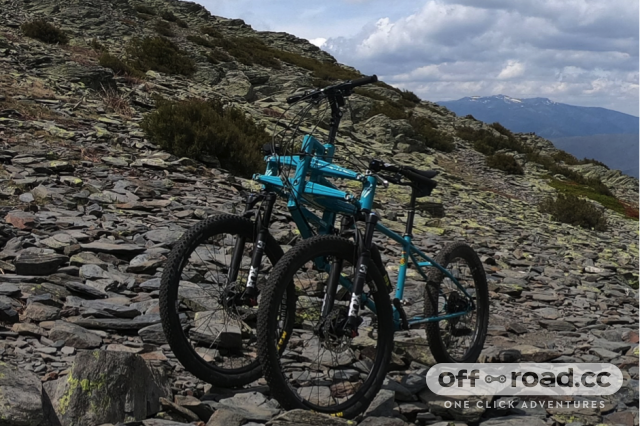