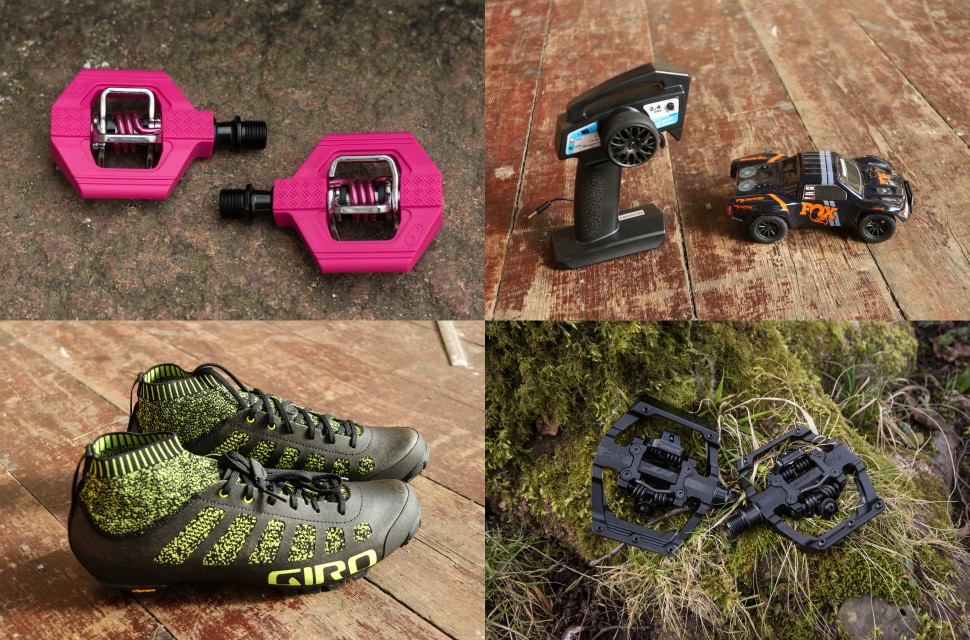 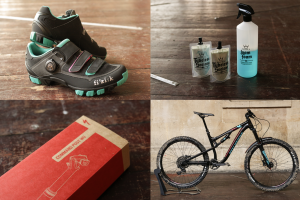 Cool new bikes ready to test from Santa Cruz, Boardman and Bombtrack
Enduro to trail through to adventure

6 cool things from Giro, Continental, Goodyear, Juice Lubes, and Invisiframe
New rubber for both the feet and the wheels

Some snow has delayed deliveries to the office but that didn't stop us gathering up six very cool things this week. These bits of kit are next on the test list, once we stop shivering in the office can get back on the bikes that is!

First up are some X2 pedals from HT, just newly released in black. These are tipped as DH race pedals but weighing in a 450g we reckon they'd be just as good on a trail ride too. 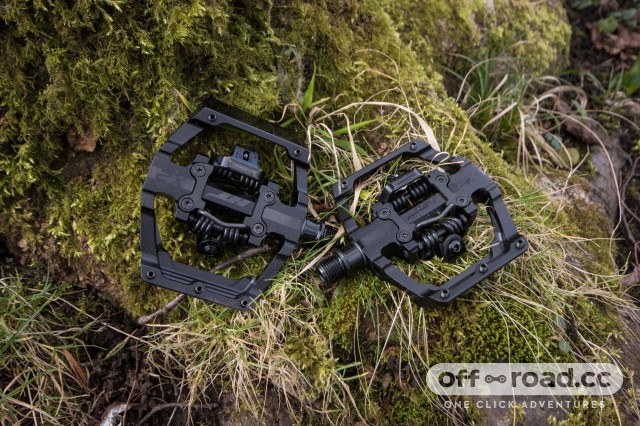 Crankbrothers are set on a mission to show that they are just as good for clipless 'first timers' as Shimano. They sent over these Candy 1 pedals to see how we fared with the budget pair. 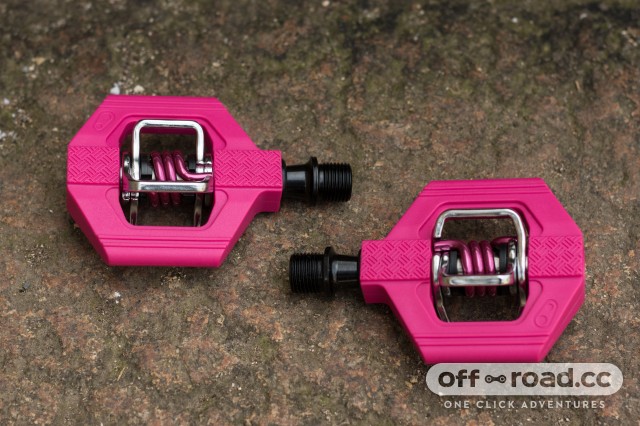 Same with these Double Shot pedals - at only £55 we are keen to see if this pair are a good option for the commute or the gravel bike. 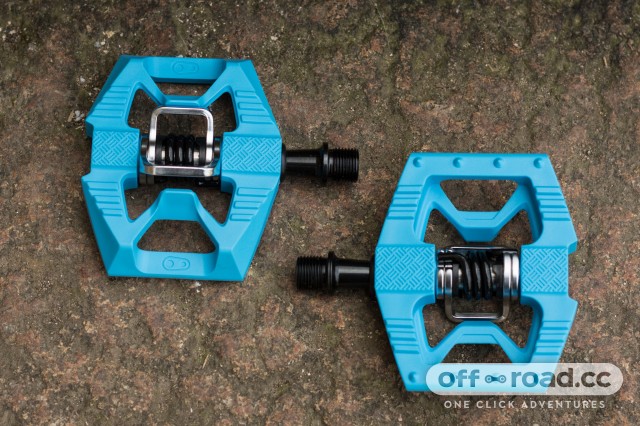 You might have seen that we have the uber expensive Crankbrothers Klic Pump and Burst Tank in for test. At £210 it's not cheap so CB sent us their £40 pump too for a quick comparison. 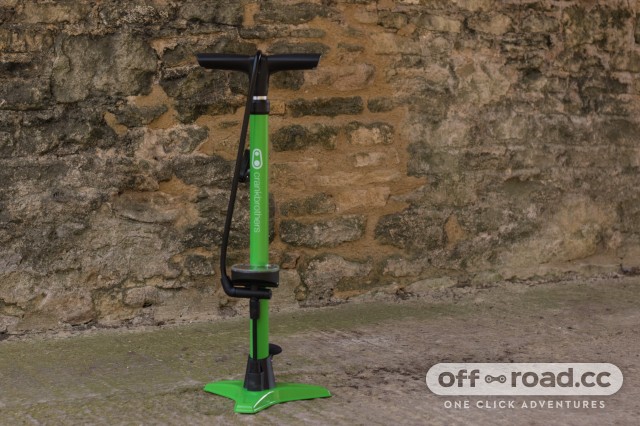 Do we need to say anything about this really? Do you want one? Yes, you do.... 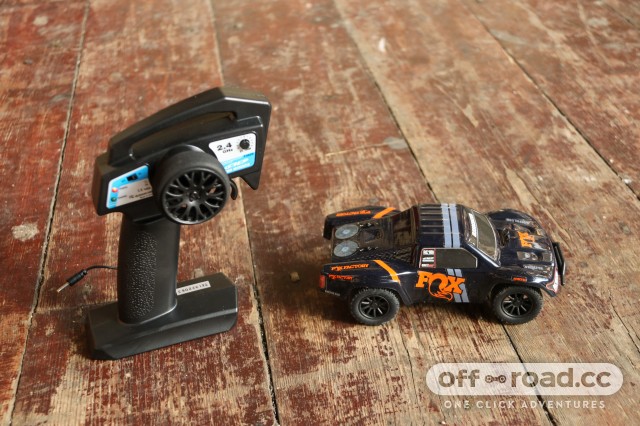 Maybe not a pair of shoes for the snow but when things get warmer and mildly less moist we'll be donning the knitted shoes from Giro and getting out for a ride. 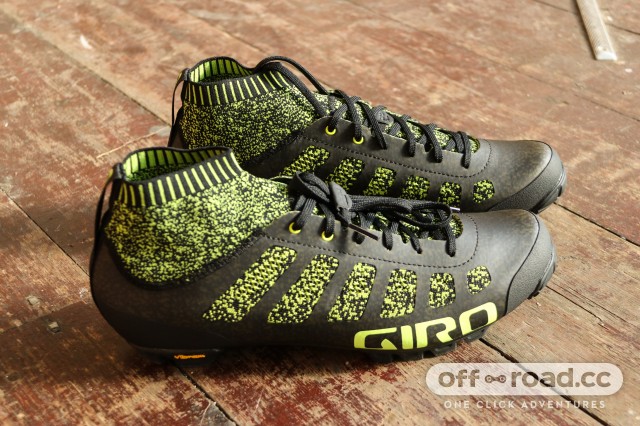 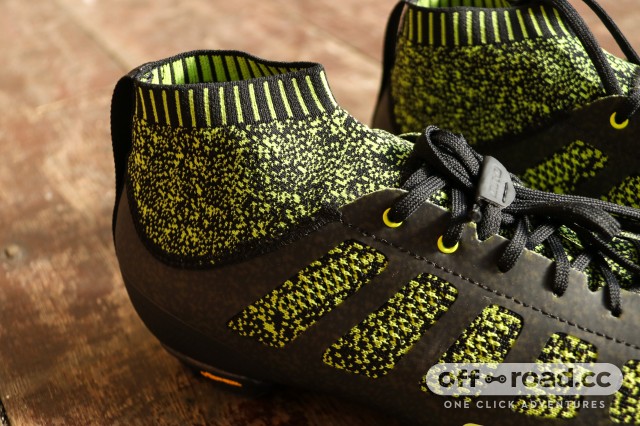