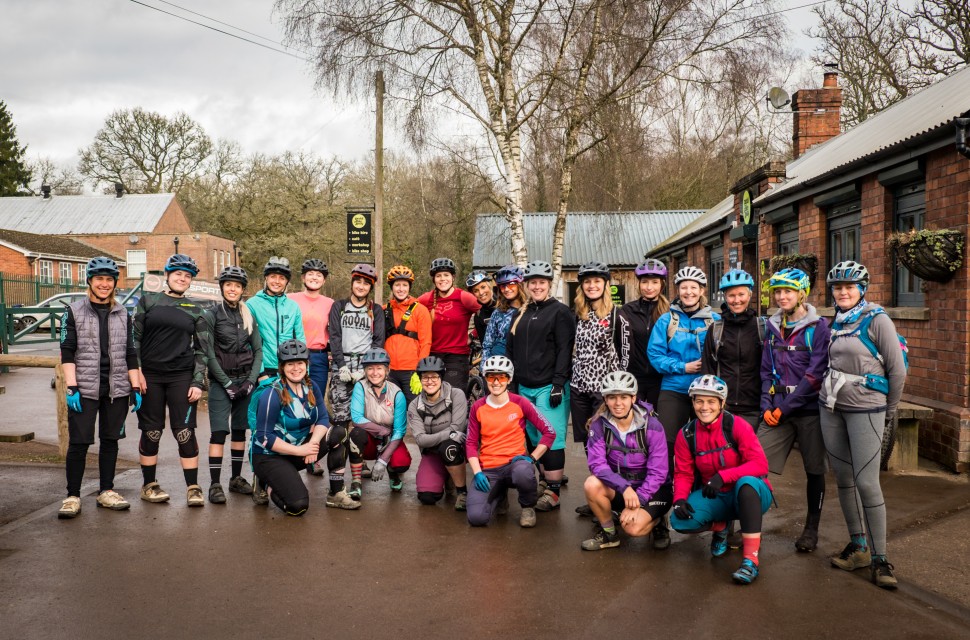 Today is International Women's Day and in celebration of all the women that cycle, we thought we'd check out what the ladies in the industry are saying. We took a look on Instagram and found inspiration, love, bikes and a whole load of awesome role models!

Not the post you might expect from one of the fastest women on the planet but, Tracy celebrates motherhood and the first birthday of her little boy. T-Mo will be continuing to fly the Trek flag this year in a new role supporting and managing team mountain bike riders of both genders. 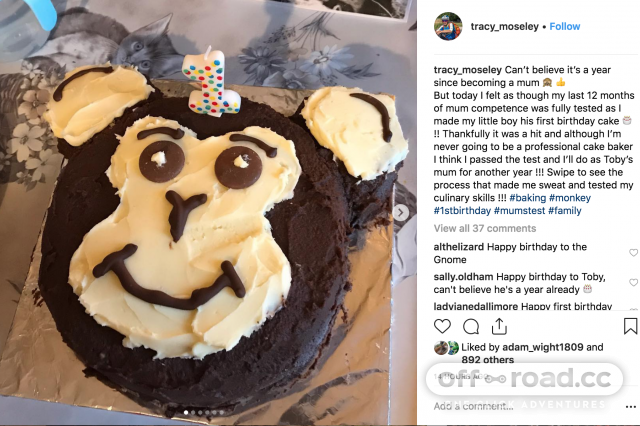 If you don't already know her, Lee Cragie is a superwoman in the bike packing world. Her Instagram says she's a 'Nomadic storyteller and bike adventurer' but that's fairly modest, she's a relentlessly tough, brave and inspiring, taking on the biggest of bike adventures. She is also part of the Adventure Syndicate, a group of female riders taking on all sorts of self-supported adventures and documenting them along the way aiming to challenge societal perceptions - check them out - www.theadventuresyndicate.com

On International Women's Day, Lee dedicates it to her mum..... 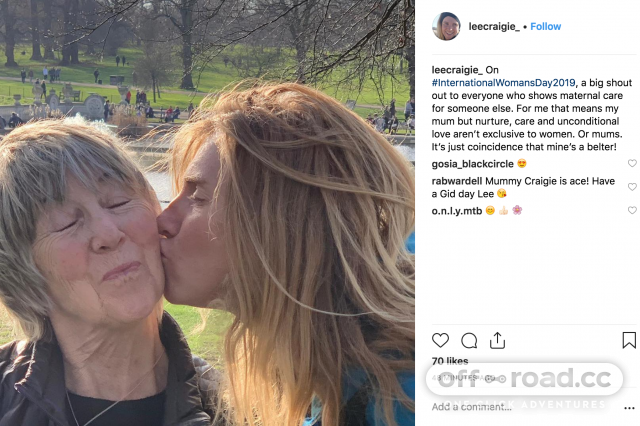 Another shoutout to the mums, Rachel Atherton urges women to believe in themselves, be strong and be fierce! 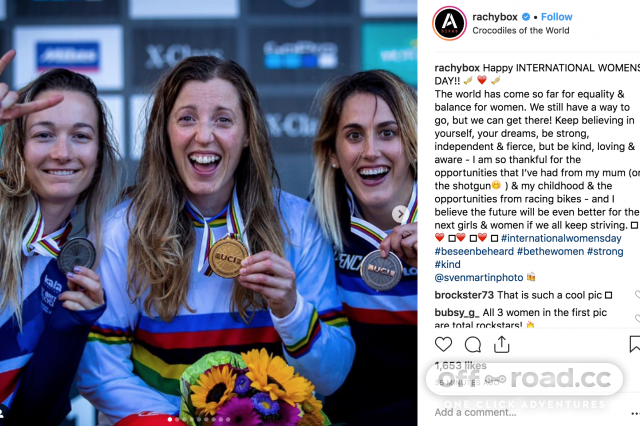 2019 looks to be an exciting year for Tahnee, can she finally topple Rachel Atherton. Tahnee celebrates International Women's Day with a well-timed video launch... 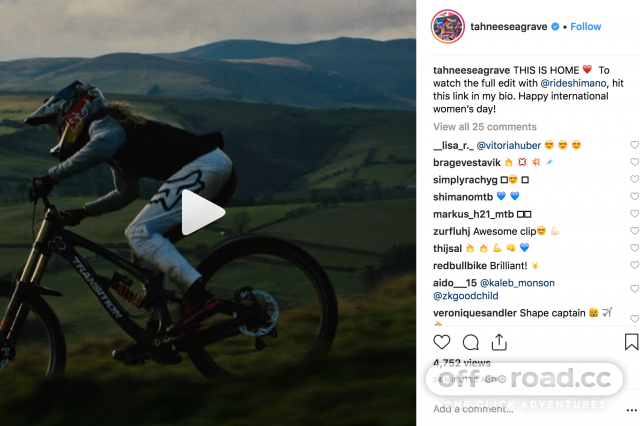 Lael holds the women’s record for the Tour Divide, if you don't know what that is all about then check it out here and prepare to be in awe... Aside from being a complete badass on a bike, Lael runs a girls’ biking mentorship programme and has hosted two women's cycling scholarships. Her post today shares the love and respect for another female rider keeping her passion to work as hard as she can alive. 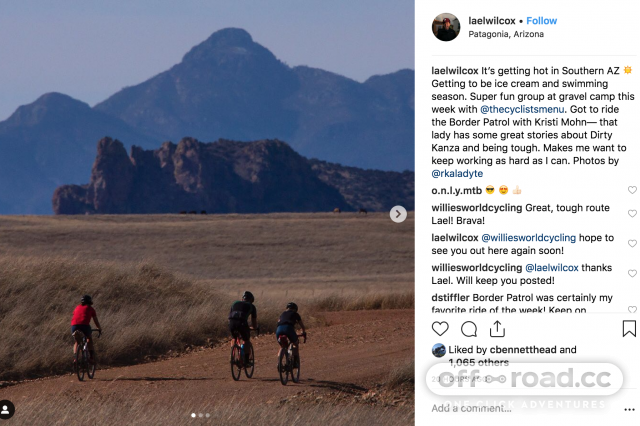 Whilst this post isn't about International Women's Day specifically, the video in it products by Jolanda's team Trek is all about it, focusing on how far we've come with regards to women in the sport of cycling. It's worth a watch, you can find it here. #keepmovingforward is the theme, and so we should.... 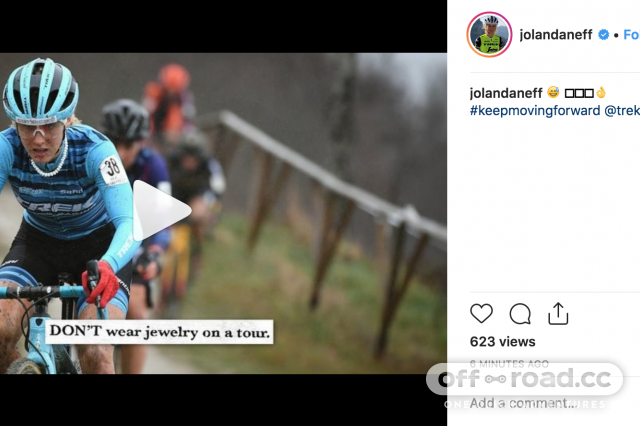 A cross-country force of nature Gunn-Rita Dahle Flesja announced her retirement from the sport at the end of last year at the age of 45 with a massive 30 World Cup wins, four World Cup overall titles, 10 World Championships and an Olympic gold medal.

She has some of the best advice - celebrate with a fun bike ride. Yes please! 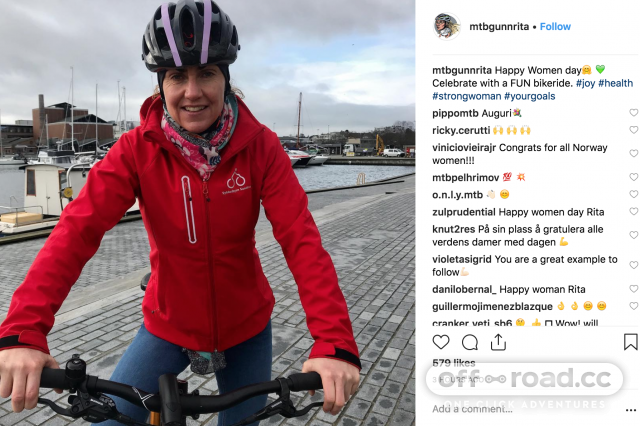 Having just suffered a spinal injury Cecile Ravanel, the current EWS champ, is taking the #BalanceforBetter theme and dedicating the day to her hubby Cedric, saying he does everything for her 24/7! Get well soon Cecile! 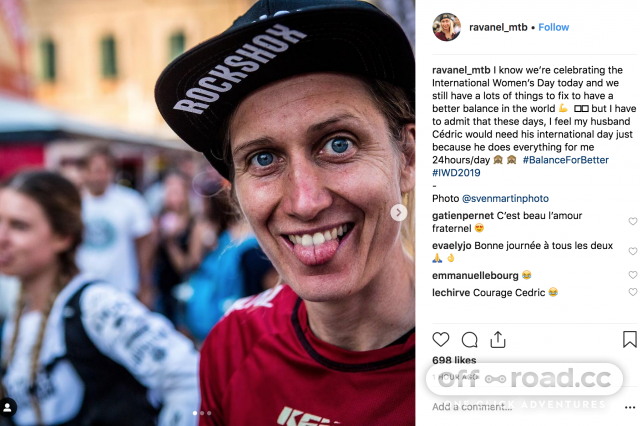 British rider Bex is one to watch for the 2019 enduro season, she's a ripper that will be mixing it up at the top of the leaderboard. On International Women's Day she joins a whole host of riders celebrating women who ride and race together. 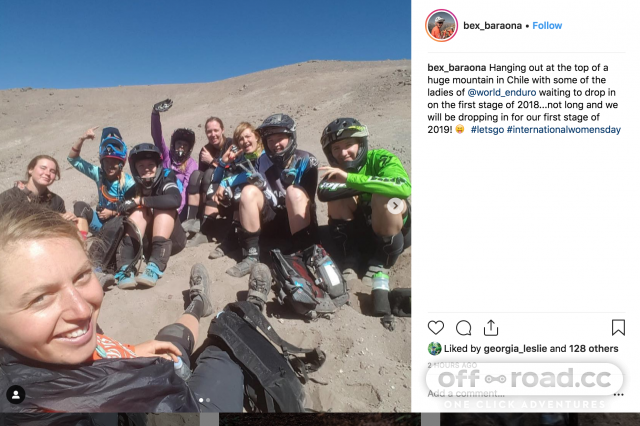 Flow MTB is the only women's MTB gear shop online and we think that's pretty rad! Owner Anita gives time to the #BalanceforBetter theme, acknowledging we still have some way to go in gender equality. If starting your own female-only bike shop out of pure passion isn't inspiration, we don't know what is! 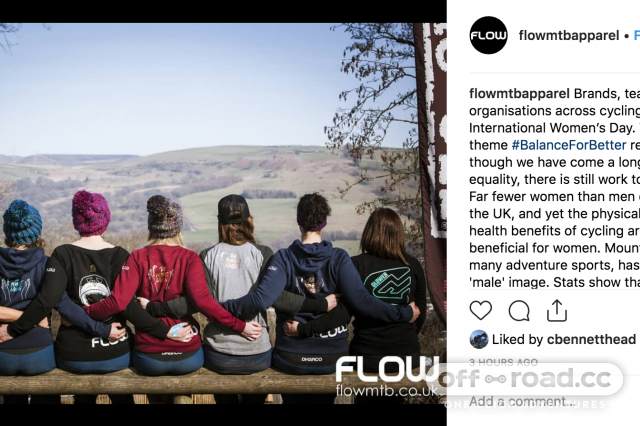 Ellen Noble blurs the line between road, CX and gravel riding. Although her post doesn't mention Internation Women's Day the concept in it is more than worthy of a mention. Ellen works hard to promote junior female cycling and is embarking on year three of her Quest programme, a junior women's CX camp, training and guiding future racing champs! 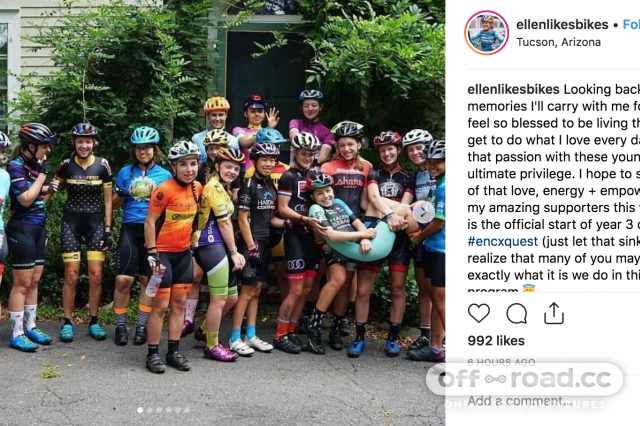 And what about us?

I (Rachael) think that the key lies with a lot of the sentiments above, role models are a huge part of this and we certainly have a large and growing number of those to choose from! It'll all help up bring up the next fleet of women cyclists and women in the industry that will be brave, strong and compassionate as well a nurture the current awesome women cyclists, riders, mothers, engineers, racers, adventurers, journalists and ambassadors to name a few roles.... 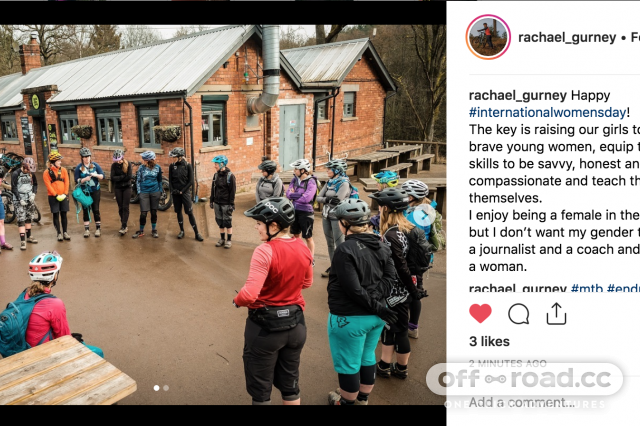 Is there anyone we have missed that you think is worth a mention? We tried to cover all bases here from racers to adventurers to industry insiders but the list is large and we could go on all day! Let us know about the women we should include in the comments below.