Skip to main content
Log In Register
The name of Velo Saddles may not jump out at you, but the chances are that you're riding a saddle made by this Taiwanese master seat maker, led by a remarkable woman. 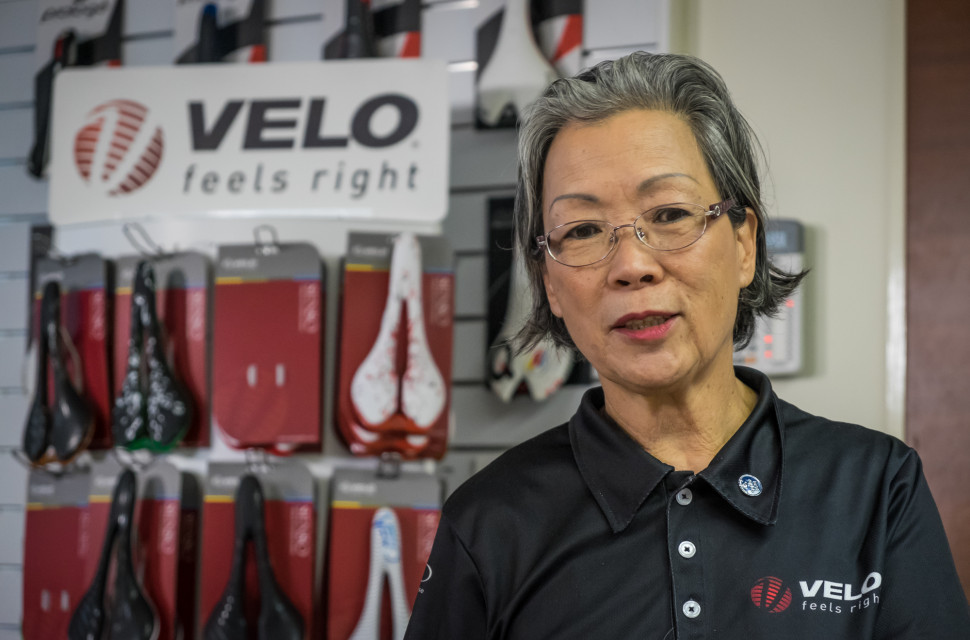 Although the brand name Velo Saddles might not ring a bell right away, there’s a good chance you have ridden one of their saddles. Given the fact that they produce over 15 million saddles, plus 20 million sets of handlebar grips and 4 million packs of bar tape a year that would be no surprise – it’s just that most are not branded as Velo, as they are produced for other brands as “Original Equipment Manufacturing” (OEM) products.

Velo is perhaps the biggest saddle manufacturer in the world and was founded by, and is still run by Stella Yu, a woman who is a force of nature and of the bike industry in general. Her lead position was (and even still is to an extent) a rarity in the male-dominated bike industry hierarchy, and because of this Stella is widely considered the most powerful female in the bike industry. 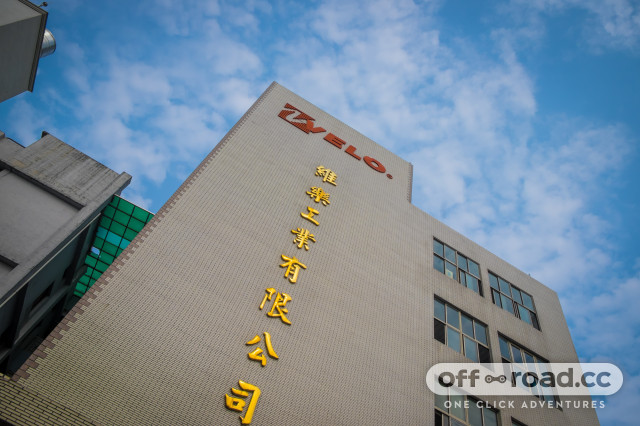 When Yu left school the bike industry in Taiwan was very much in its infancy, as she explains: “My first job after graduating from school in 1965 happened to be as a bike assembler. At the time, bike exporting in Taiwan had not taken off. After 3 years some Japanese customers started to purchase bikes from Taiwan and to export to the US.”

Her determination and business sense soon allowed her to rise above the assembly lines, as she says: “In 1968, a Japanese customer decided that it was necessary to set up a trading company in Taiwan, and therefore I was invited to work for his company. And then in 1979, with the support of my boss, Velo was founded as a bike saddle manufacturer.” 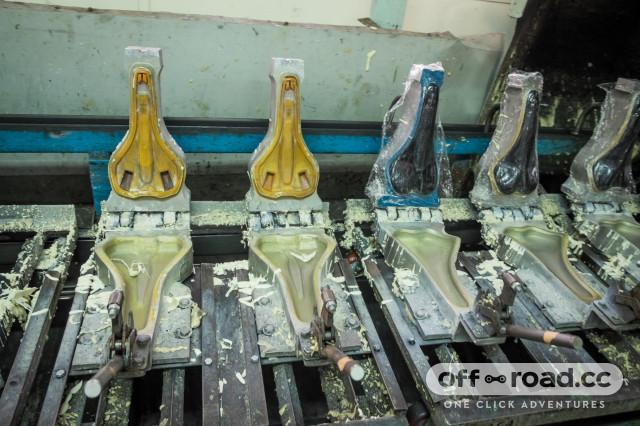 But why saddles? “We chose to be in the saddle business because it was at the time when BMX and mountain bikes were just becoming popular in the US. These types of bikes had totally different needs from road bikes and city bikes in terms of function. Many bike makers had a lot of ideas and expectations unfulfilled, and so we thought it’d be quite a good opportunity,” Yu explains.

More than 30 major brand names in the bike and saddle business have a good proportion of their premium saddles manufactured at Velo, and each and every single one of them has their own dedicated designer and technicians. The reasoning behind this brand attention is so that these OEM relationships can remain as pure as possible, and to avoid any technical crossover between different models and brands. 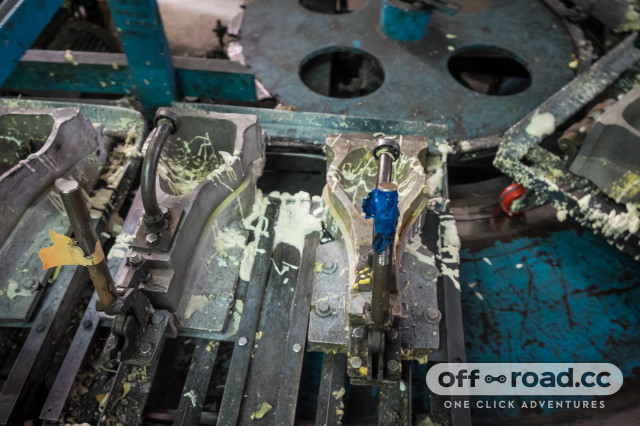 Like so many things in the bike industry, saddle making and technology is a highly secretive process, and there is not so much as a side-glance or a technological hint or tip exchanged between these different designers. Not even the Velo CEO is allowed to see the full product and details until the saddles actually roll off the production lines. 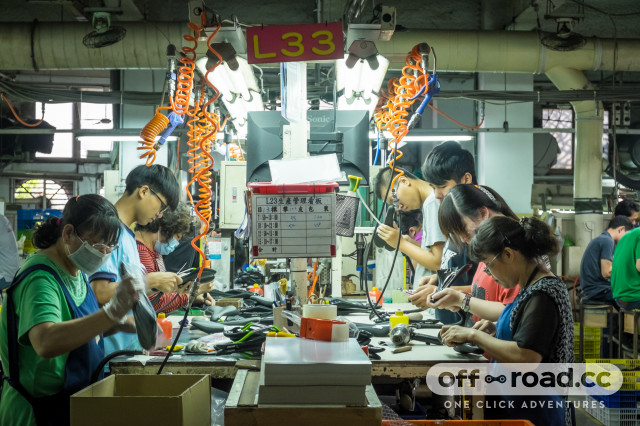 It didn’t take long for Velo to make their mark in the marketplace. “Research, development and innovation are a very big part of the focus at Velo. We are always thinking of how to make better products from the perspective of functionality and aesthetics. We want to make riding a more comfortable, fashionable and environmentally friendly activity. This is in line with the customers’ vision and therefore they usually look forward to using our new designs,” Yu says. 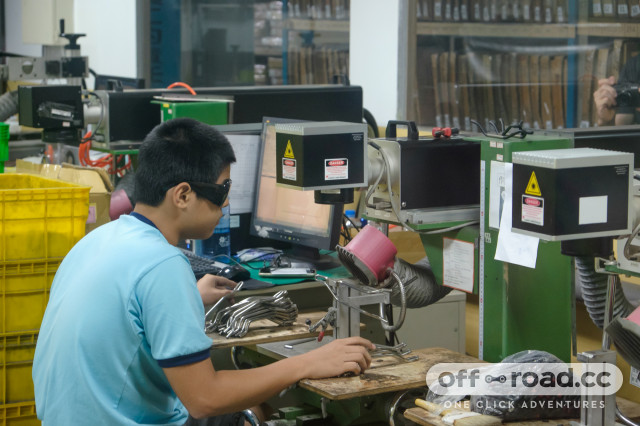 Stella didn’t let things sit with just saddles. The handlebar tape market had been somewhat stagnant and staid for decades, and so she set about changing that.

“Bar tape is perhaps the best example to represent Velo’s product innovation. Twenty-five years ago, when we started producing bar tapes, we acquired deep insights of the challenges of the products in the market. We learned that lack of flexibility, which caused breakage during application, and poor shock absorption due to the low density of the foam were the major issues. Our material engineers addressed these issues with the densest foam (to bear at least 5 kg pulling force), in combination with our signature gel, to elevate the shock absorption capacity and the tactility,” Stella Yu explains.

Velo is largely responsible for the softer grips we now have on our bars “Because such a breakthrough outperformed the benchmark back then by so much, we were granted patents in so many countries throughout the world. Customers know what a good product is. When you launch one, you get the support immediately,” Yu tells. 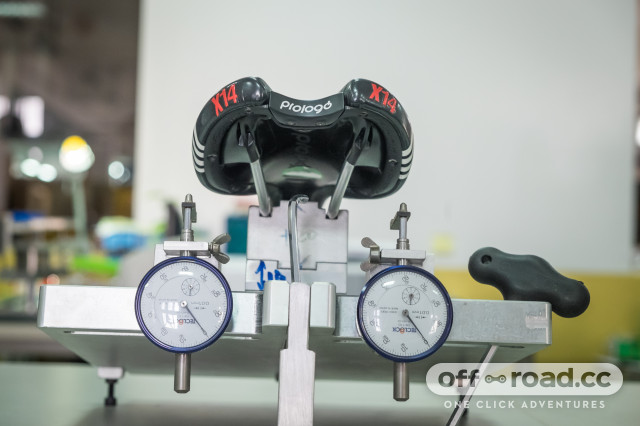 Despite the fact that many of the bikes and parts we ride have long since been made in Taiwan, the industry there has always focussed on OEM products for other brands, brands which often have sexier names and better marketing than Taiwan’s manufacturers. Stella is well aware of this, and it explains Velo’s blurred but extremely deep relationship with the Italian Prologo company, which is a fine example of working around branding pre-conceptions and marketing.

Her almost lifelong involvement with cycling and her determination to practice what she preaches has earned Stella Yu a prized slot within the Taiwanese bike industry. In 2007, Giant and Merida together organised the A-TEAM, aiming to bring the manufacturing of all bikes and bike parts in Taiwan to a higher level as well as to turn bike riding into a trend. Stella was the first woman to be included in the A-team and the first woman to head a company in the Taiwanese bike industry.

In 2008, all the Presidents and CEOs of the companies that joined A-TEAM were to circle Taiwan by bike on a weeklong trip. “To be able to make this trip, I started training with my coach 6 months in advance, and finally was able to complete 1036km,.” Yu recalls.

Ever since then, Stella has been a regular cyclist, and still very much steers Velo from the saddle, ably backed by her “adopted” daughter Ann, who is actually her niece. It is still a rarity for a woman to own or head a bike company in Taiwan (Giant's chairperson, Bonnie Tu, is another) but today Velo’s management team is also largely made up of women. This is reassuring for the future of the bike industry as a whole.

The next time that you look under your saddle - see where it was made. If it was made in Taiwan then there is a very high chance that it was made by Velo, which assures quality, and which is why so many of the major brands out there turn to Stella and her team when they want the plushest of quality rides.