Skip to main content
Log In Register
Is it a common misconception that gravel riding originated in the US? 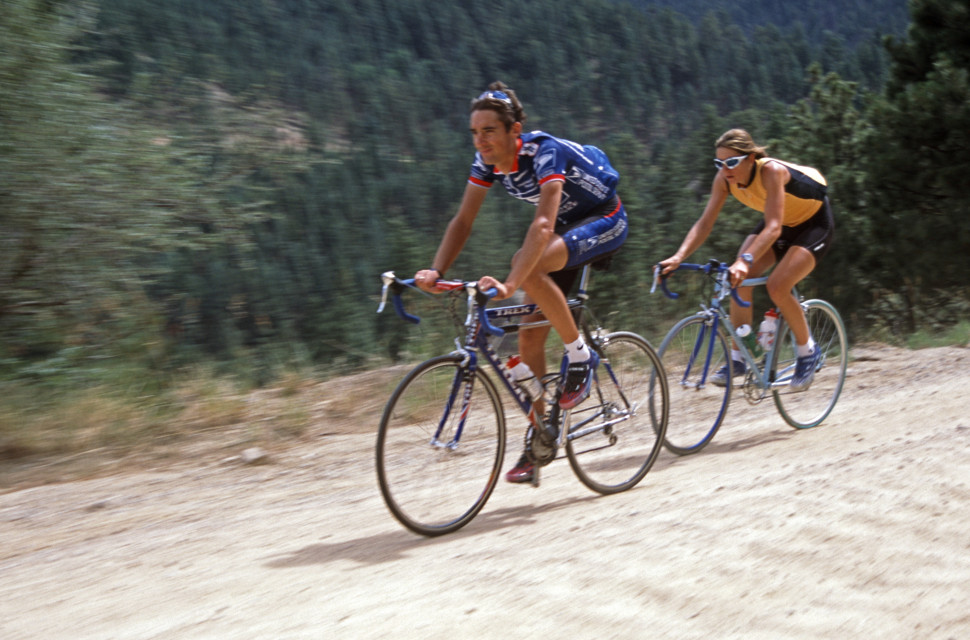 As it was with mountain biking, the origins of gravel riding and racing have, by many, been attributed to America. However, in truth, that's far from accurate.

There's absolutely no getting away from the fact that gravel has become the biggest thing since gears in cycling, and for obvious good reasons. Back when mountain biking became a defined discipline, it was firmly branded to be of American origin. This is something that has always been contentious with those of us old enough to have made and ridden our home-brewed brand of clunkers, which was way before Gary Fisher & Co did a similar thing in California. Okay, hands up, they did come up with the term first and then followed through with actually building specific bikes for the newly found sport, so kudos there. The result of this has changed many of our lives.

So what about gravel? Yes, there is absolutely no question that the gravel racing and riding heartlands are true to be found in the wild Mid-West of good ol' America. However, many Colorado gravel riders may take issue with that claim. Arguably, the US and its bike brands first put the gravel tag on something many of us have been doing since way before mountain bikes were invented. Plus, they were amongst the first to start making dedicated gravel bikes and organise huge gravel events.

However, as with mountain biking, that doesn't mean that they actually invented riding dropped bar bikes off-road; they just re-branded it and helped facilitate the practice to make it more popular – for which we must give great thanks. 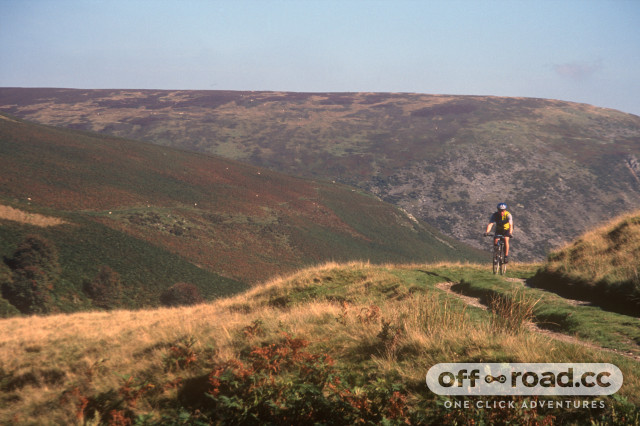 Way before the days of gears and clipless pedals, there were crazy gravel racers all over Europe (and not in cyclocross races), mainly because there were very few roads back then.

Arguably the Tour de France itself was the original high profile gravel and ultra-endurance bike race. In those early days, riders would race roadster style beasts of bikes without gears and with rod brakes on gravel roads. Then a few years later, they would also ride them over mountain passes – and for several hundred kilometres at a time, and for days on end and without any outside support. But, of course, they didn't term it gravel racing back then.

Then we have the older single day classic road races such as Paris-Roubaix. This year, the event has some 30 sectors (55km in total) of gravel, mud and cobbles scattered amongst its 280-kilometre distance, which weren't included in the race until the 1950s. It's not a gravel race, but it is one that for decades has seen manufacturers building hybrid bikes and components, especially for this one day a year event. 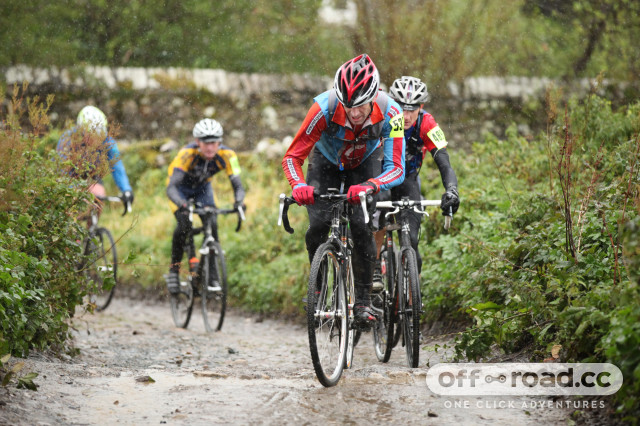 Suppose we're looking for the original dedicated off-road riding group/organisation. In that case, we don't need to look too far past our own garden gates to find the legendary and hallowed tyre marks of the Rough Stuff Fellowship; an organisation founded back in 1955 in Leominster.

Members of this fellowship took on all kinds of epic off-road adventures around the UK and worldwide. They could well be considered the pioneers of gravel riding. However, they did it mostly on touring bikes, which was all that was available for off-road riding for many decades, up until the mountain bike came around, that is.

Many would look upon these bearded men in their baggy shorts and deem them insane and perhaps even outcasts in mainstream cycling circles. They were certainly not considered de-rigueur in an era where bright coloured Lycra was set to become all the rage.

Strangely enough, all these years on, they have since come to be considered icons and role models to many new gravel aficionados – hah, even beards and baggies have caught on. 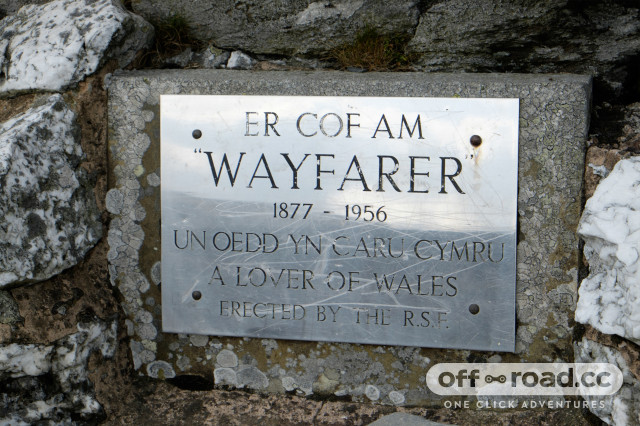 Even though the RSF can be considered the first off-road-riding club in the world, they were by no means the first British riders to regularly take on epic off-road adventures. Probably the man who could be considered the founding father of rough stuff (and even now gravel) riding is "The Wayfarer."

Walter McGregor Robinson was a Liverpudlian cyclist and writer who wrote for publications such as "Cycling" (later set to become Cycling Weekly) in the period between the 2 World Wars. His pen name was The Wayfarer, and he was well known for taking on great off-road rides into the mountains of North Wales and then writing about them.

One of my all-time favourite home retry-gravel rides is along a rough and ready trail over the Berwyn Mountains in North Wales. This is a cycling trail pioneered by Walter McGregor Robinson in 1919, now known as "The Wayfarer", and it carries a memorial to him at the summit.

For 103 years, countless cyclists have followed the way of The Wayfarer over the Berwyn's – I wonder what minced meat he might make of these routes on modern-day gravel or mountain bikes.

Dirty and racy in the Cotswolds 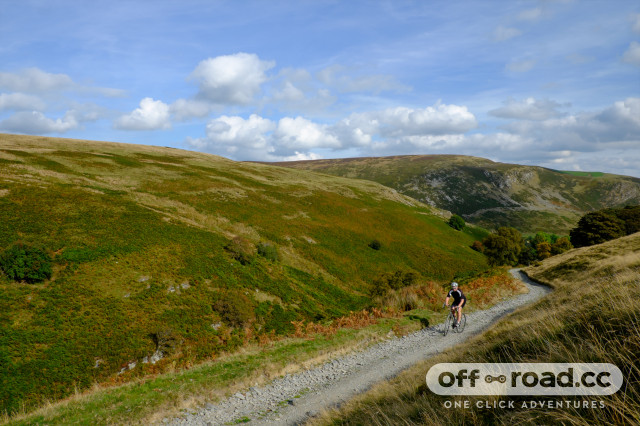 And what about gravel racing in the UK? In the early 1980s, a group of local cyclists from the Winchcombe CC decided to pin together their favourite local off-road routes as a Cotswold tribute to the Paris-Roubaix. Calling it the Hell of the North Cotswolds, this event still happens each year on the same day as its illustrious French Cousin. This may be a sportive by name, but it is "raced" on all genres of bike, by all levels of riders; perhaps this event deserves the label as the original great British gavel race off!

Whatever the origins of gravel, just get out and ride, and do be sure to make gravel riding exactly what you want it to be. At the end of the day, that is what it's always been about – whatever you choose to call it.

Did the HONC (50km route) in 2005 on my then new full sus. Totally "overbiked" but I'd not long assembled it so please forgive me. Was amazed to see some old fellas on road club/tourer bikes. Keep meaning to return. Maybe on my rigid SS 26"er. Would seem more in the spirit. Though I suspect I'll be pushing a fair few of the climbs.