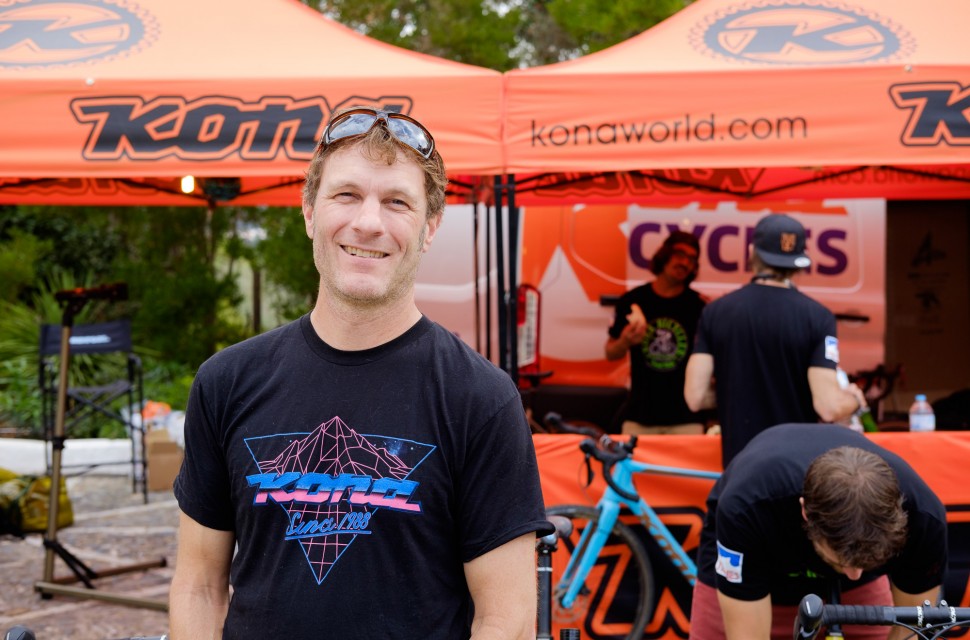 Our Benedict recently took part in Kona’s multipurpose drop-bar bike launch and had the chance to speak with Kona’s product manager, Joe Brown, about what's driving the current enthusiasm for gravel and adventure bikes and where they might be heading.

The gravel concept is obviously a few years old now, but I was still interested to hear Joe’s opinion on what has made gravel bikes so successful. In his view a prime mover has been that people “don’t feel safe on the roads”, with other drivers and poor surface conditions creating unnecessary hazards. Instead, the availability of bike paths, gravel roads and forest service roads has given people a taste of something different – “a broader experience than what they’ve had on pure pavement.”

I have noticed this with my own riding. I enjoy riding on different surfaces, having the opportunity to experience different terrain, and making choices about the paths I take. It’s all very cliché, but it’s a kind of riding that is a lot more explorative and at the end of a day a lot more engaging for me. 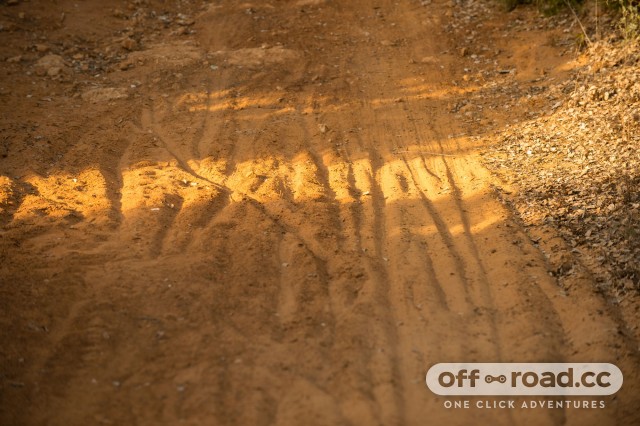 In terms of manufacturers it means that all of a sudden “[they] can really think more broadly about how [they] want to approach bike design, specification and application.” Whilst when it was first introduced a bike like the Rove “was really a kind of experiment” but Kona quickly realised that a versatile machine like this is great for riders who have a desire “to broaden how they ride bikes”.

Joe doesn’t really draw the line at gravel, he sees this trend as a much larger one of people simply finding the paths that they want to ride on. People “can drill down and make it their own”. People “[want] to do different things with a drop bar bike”. What really resonated with me was when Joe said that no one is right when it comes to gravel bikes. Everyone has their own unique approach. 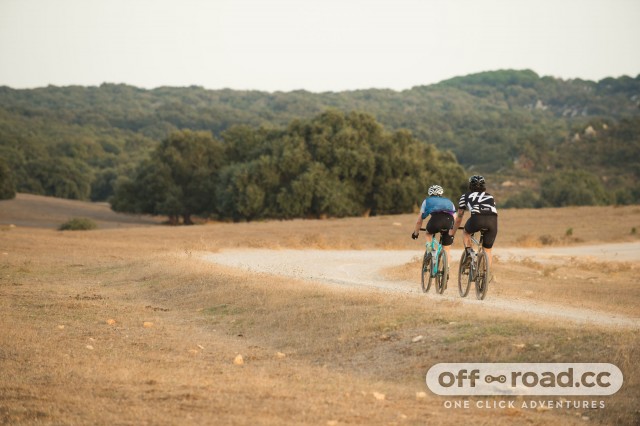 We’re still at a stage where people are trying things out and have their own philosophies on what is right for gravel. At Grinduro I saw everything from slick road plus tyres to skinny cyclocross tyres up to mountain bike tyres filling out frames. Whether you prioritise fast rolling, or high amounts of grip, everyone has their own approach to what makes a gravel bike successful. We’re very much at the formative stages for gravel where we’re looking at what is possible and what is not.

Regarding the future and road bikes. I talked with Joe about how gravel bikes will impact on the road market. He told me the following: “If you look at road bikes as we traditionally know them and we look at sales, it’s been on a slow decline for the last couple of years.” Partly he sees gravel bikes as an opportunity to reinvigorate sales, and obviously this is important for any business. But there is also the fact that for the average consumer, a gravel bike just lets them do so much more. 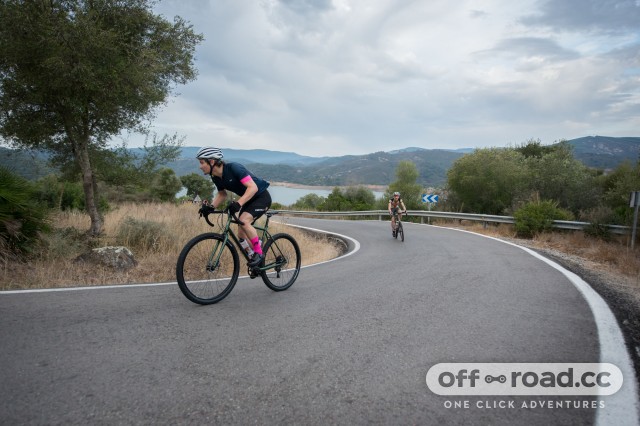 In response to my question of whether gravel bikes will start to cut into the road market. “Absolutely!”. “I think you’re going to see just simply a higher volume, more clearance, more wheel options and more drive chain configurations […] which will be kind of a roadie but [also able] to explore other stuff.”

We are really at the beginning stages of what is possible with consumers and manufacturers finding their feet. We talked a bit about whether gravel bikes are going to specialise for different disciplines. “I think so. I think we’re going to see it become broader and broader and there will be multiple focuses and different niches” with a focus on everything to adventure/touring to simply a more modern road bike. 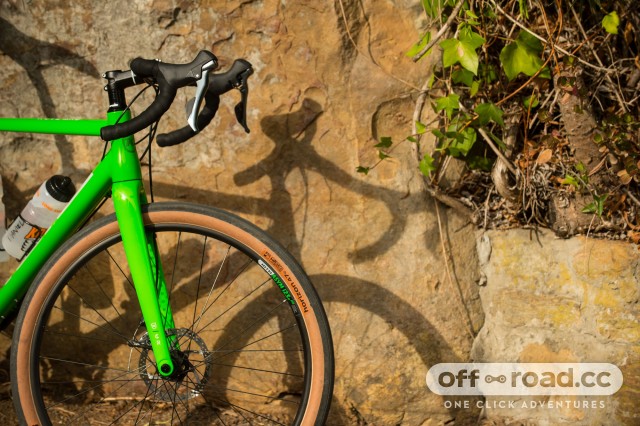 For Kona, this new approach is also very much about versatility. Obviousl, this makes sense both from a business approach but also gives the consumer significantly more options. “[A] modular approach to drop bar bikes makes a lot of sense […] We’re a global company so what people do in Europe, what people do in Asia, what people do in North America are drastically different.” Having “a plug and play ability” allows Kona to adapt to different markets as well as allowing consumers to choose the setups that work for them and the terrain they are riding on.

As Joe puts it, “We’re sort of front-loading a lot of the gravel stuff now.” As mentioned, the initial Rove was really a kind of trial, making consumers aware of the possibilities that are available and in turn “the public [has responded] very favourably.” But as things develop Joe feels “the public will become more definitive in what they’re looking for, similar to mountain bikes.”

With the introduction of new technologies, such as when 12 speed comes to road cycling and when dropper posts become the norm, such stratification will become more and more possible. “I think that the technology and product development side needs to continue to evolve and then as people do more [gravel riding] then I think we’ll see more […] specialisation as time goes on.”

So why not just ride a road bike or a mountain bike, which are more specialist in their own right? “I think a primary consideration is that gravel bikes allow one to ride efficiently and comfortably on a variety of surfaces and conditions.” Obviously a road bike has limited clearances and different geometries that make this more difficult. On the other hand, “a mountain bike limits the position of the rider and the geometry isn’t necessarily optimised for long stints [riding]”. At the end of the day, Joe says, “gravel provides the broadest application” and there is inevitably some overlap with both road and mountain biking. 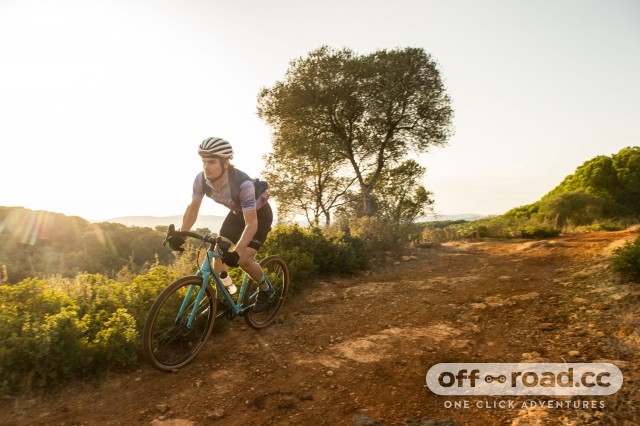 And regarding the term gravel bikes, we both agree that we don’t really like it very much and it doesn’t really do justice to what these machines are capable of. But it seems that’s just what we’re stuck with for the moment.