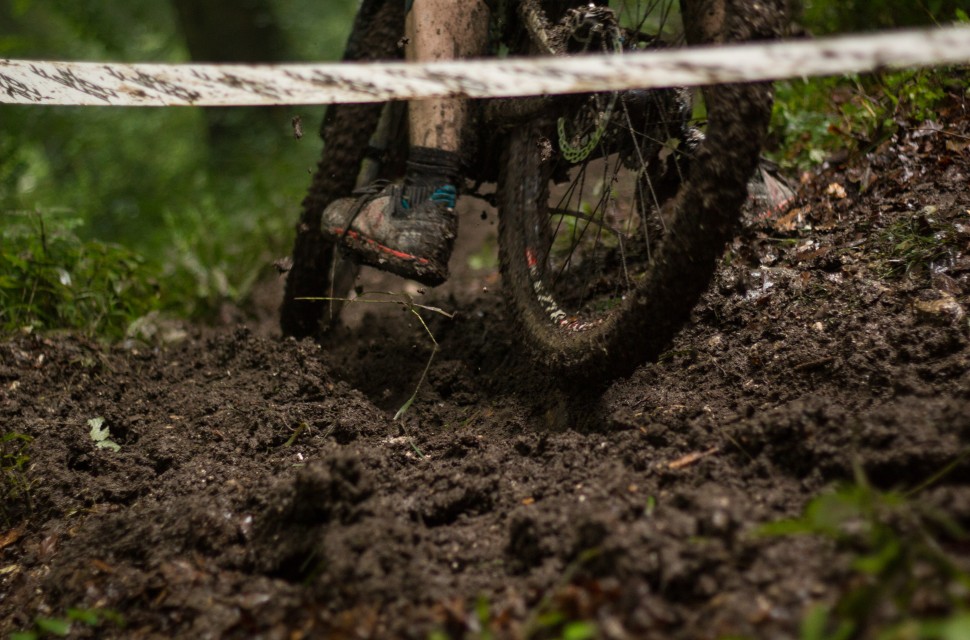 Since ‘that’ recent World Cup in Lourdes where there were some serious implications for running later in the day, past the optimal weather window, we’ve been having a think about the nature of the argument surrounding the ‘fairness’ of racing as the conditions change. This weekend Rachael from the team visited the Southern Enduro where she experienced a game of at least three halves in terms of the weather and so the argument reared its ugly head again. 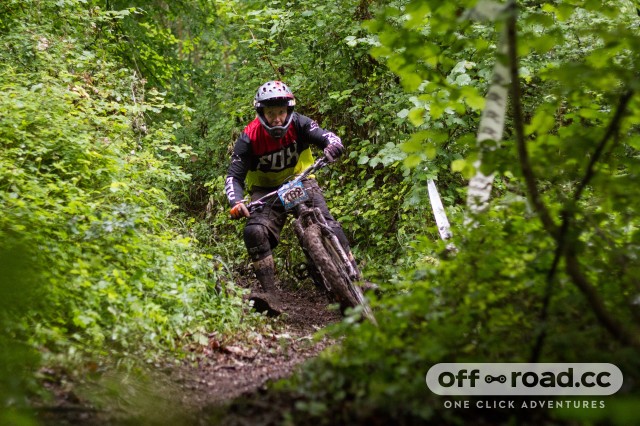 In a small outer body experience this weekend at the Southern Enduro near the Queen Elizabeth Country Park, I found myself likening the race to the earlier Lourdes World Cup. Back down to earth and a quick mental check (yep, no world class racer here) and I thought about the fairness argument bandied about as I heard fleeting conversations along the lines of “If only we’d had started an hour earlier” or “We had it so much worse than you”. 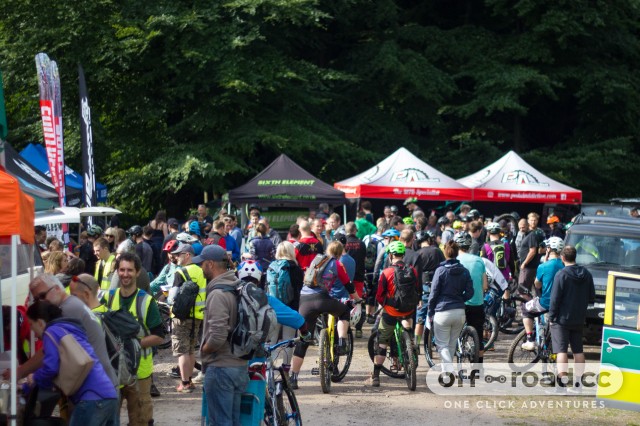 In a sport that finds its natural habitat outdoors, it’s no surprise that we have to be equipped with the skills to ride in any conditions. Although most of us will be armed with the necessary proficiencies to ride ‘hero dirt’ like a king (or queen) we will naturally be less capable in dealing with conditions at other ends of the scale. I’m talking a myriad of consistencies of greasy slime, rivers that run down trails as if rushing to the sea and the polar opposite of grit like marbles or dust that is as slick as riding on that well-known lubricant, clay. 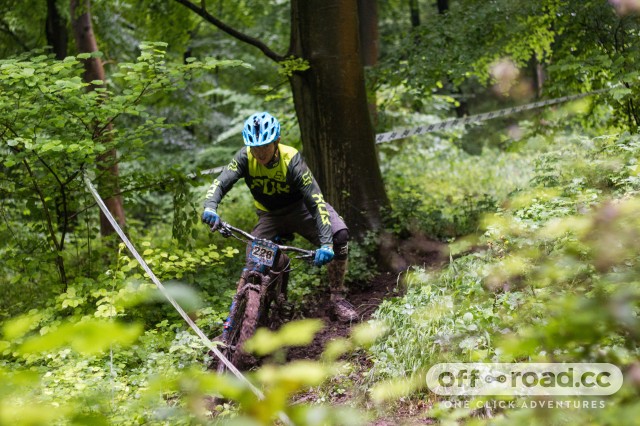 Behold the tripod of success 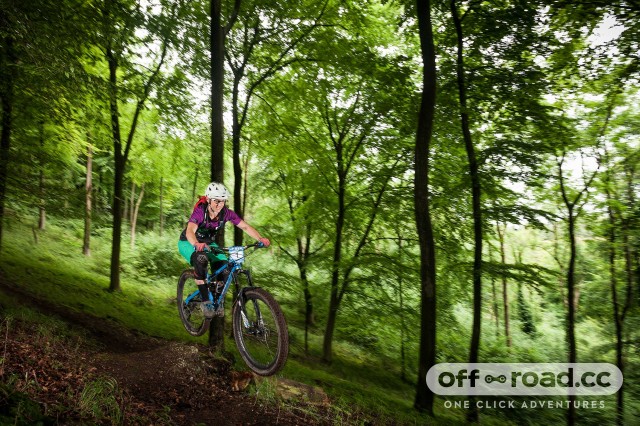 Our Rachael with that mid flight moment, when you wonder if it was actually a good idea! by Jeremy Prout, Hi-Jinks Photography

There are, of course, anomalies;  Danny Hart in Champery is a timeless example, although at least in that race the crème de la crème of downhill had a level playing field where conditions were concerned. Recently the downhillers of the World Cup experienced vastly different conditions at Lourdes. The first race of the season saw a majority of the field take full advantage of the tacky, nearly dry conditions with the top twenty slide down an increasingly wet track with race times inversely attributed to the increasing moisture. 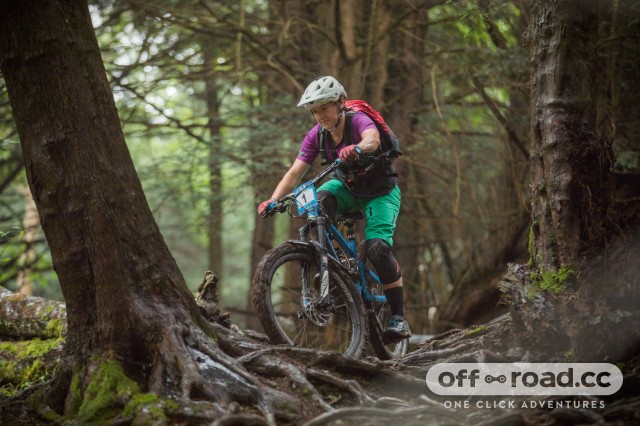 The face says it all. Photo credit Dave , Muddy Shots 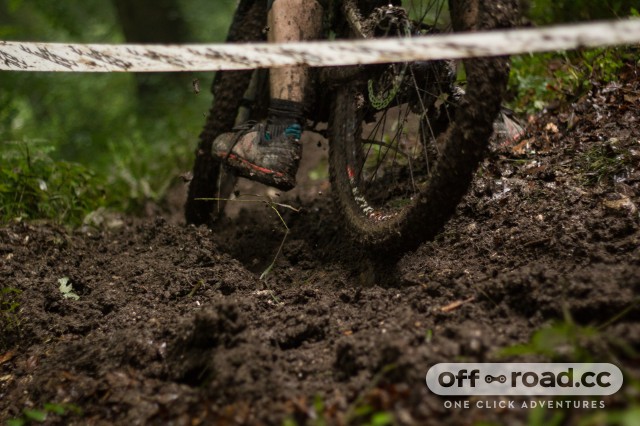 Challenging is the word

This weekend was a case of the more rain the better, after a dry (yet greasy) practice the ladies set off first and although treated to a dry first stage, were soon saturated. Through stages two, three and four we resembled a crowd of drowned rats, warm but soaked through. The four stages of this grass roots enduro were a great mixture of tech, flow and pedalling, maybe a little too much pedalling as I mustered the energy to get 32lbs of 150mm travel bike moving in the mud but when the going got fast or steep I had a brilliant time. 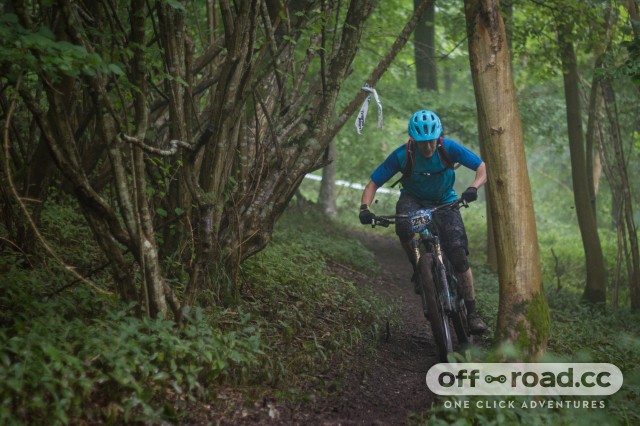 The mist set in the spells of torrential rain but still you must PEDAL!

I arrived at the finish to tell my fellow competitors that conditions were better than the morning, more consistent and predictable. As the field progressed through the categories and, bearing in mind this was a very well subscribed race with over 350 competitors,  the ground became a quagmire. This coupled with the rain now being intermittent rather than the downpour the first riders experienced led to conditions reminiscent of most pig sty’s in the winter minus the smell. 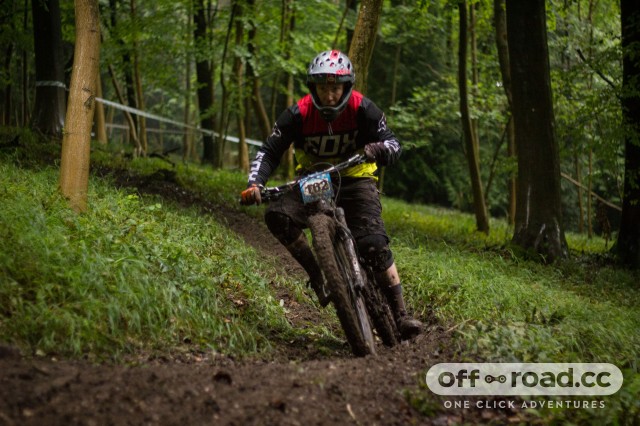 Is that two feet on, or one and a half?

So is this fair? How can we time a person, racing against another in the category where the conditions are so changeable? Elite female riders posted times this weekend beating male peers that are usually faster than them, is this the name of the game or is this unfair? At this level of racing the argument is clearly a senseless one, to some the sheer frustration of the day will have melted away by now, nothing aside from some pride will have been staked on this race. It's no doubt though everyone at the Southern Enduro will have had a great day at this well-organised race with a team that refused to bow down to the foul conditions. We were on our bikes and that was all that mattered. 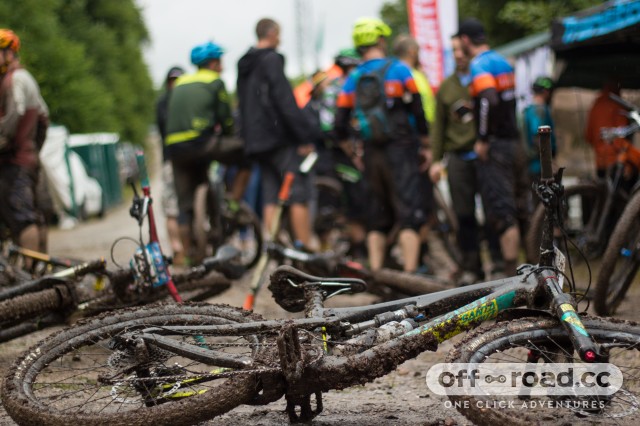 Weight? You don't want to know

At higher levels though where money is in play and races wins mean more dollar, should more attention be given to the weather and the affect this has on conditions and rider times? If getting on your bike to race is how you make a living, maybe some thought should be given to making the playing field as level as possible. With forecasting science able to predict incoming weather accurately maybe WC races should be run with these facts borne in mind. How far do you go though, Mother Nature will do as she pleases and move as quickly or as slowly as she likes, what if some riders get left out in the cold, a weather window missed and a race run drenched. 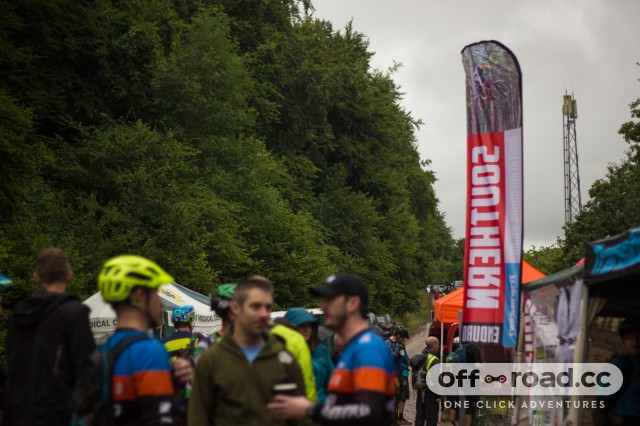 Akin to Lourdes - well maybe just in my mind!

Mountain biking is a sport where we embrace the elements, our experience that us Brits ride regardless and I have to err on the side of the argument that we must just get on and ride with the hand we have been dealt. We are outside, riding and racing over terrain shaped and moulded by the weather and we wouldn’t want it any other way I don’t think – we don’t have indoor cycling mountains yet do we? If you believe in karma then one day your time will come back around, surely? 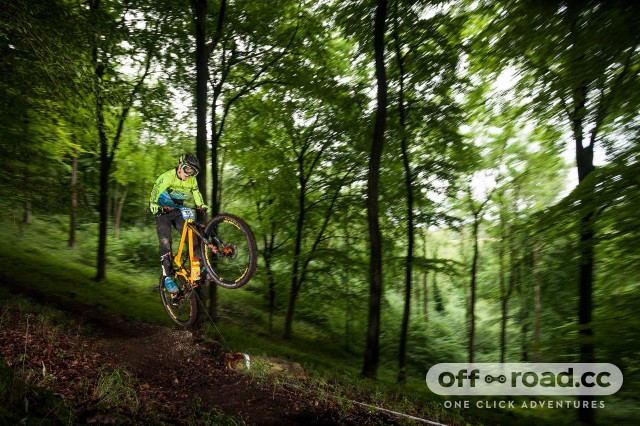 A little ripper, still ripping in the wet on a new Shan No.5! by Jeremy Prout, Hi-Jinks Photography

Of course, that’s easy for me to say, standing on the start line of a race, just looking to push, challenge myself and have a good coffee afterwards. It’s not my pay packet or future sponsorship or even bike sales that depend on the outcome of a race. This argument will no doubt come around again and it’s one I’ll be watching with interest, hoping the world of MTB racing doesn’t become clinical and succumb to pressures of the great money making machines – it would be a sad day for us, the fans. 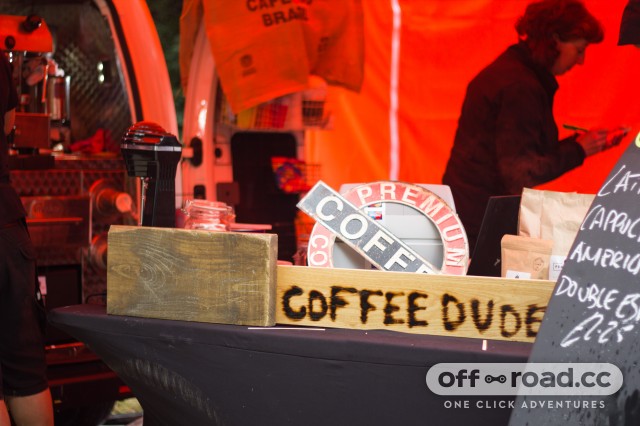