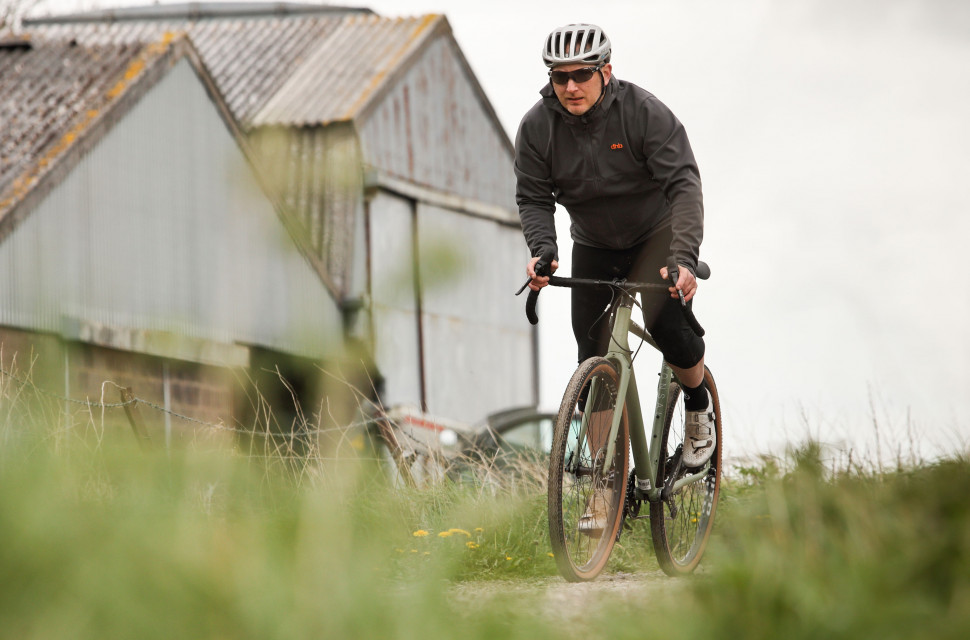 Since the very beginning, riders have been obsessed with time. It remains the unit of analysis and reference for who is quicker (or the quickest). Kit swag might have great posing value, but we rank in our riding communities according to time.

In mountain biking, we crown our cross-country mountain biking and downhill mountain bike racing World Champions by using exceptionally accurate timing equipment. Gold medals are often separated by hundreds of a second. Whoever completes the course quickest takes gold and the rainbow stripes.

As digital technology has democratised the sophistication and cost of timing equipment, Strava has turned every ride into a possible racing stage. But within the rich diversity of timed off-road riding events and results, there is a fringe phenomenon which has become more central in recent years: the Fastest Known Time or FKT for short.

The acronym is self-explanatory, but FKTs have ascended from the off-road riding underground to becoming a point of reference and contention in the broader riding community.

What is an FKT? 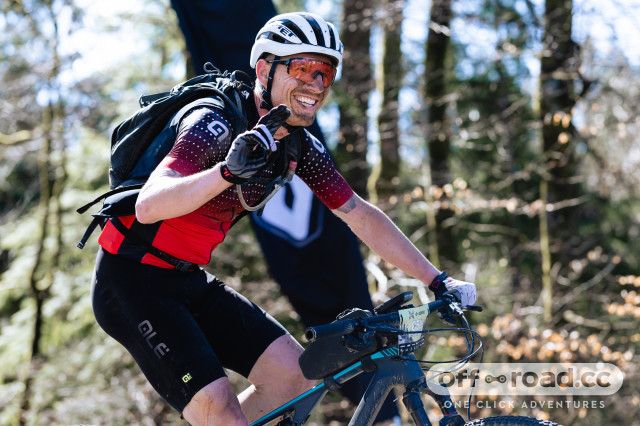 It is simply the Fastest Known Time across a specific segment of trail. That can be a point-to-point ride or a very challenging loop.

Unlike official race distances or event results, FKTs are not timed to a specific protocol or technical standard. That creates a coefficient of trust and interpretation when riders compare different FKT attempts. And also dilutes the opportunity for dispute because of that ‘known’ part of the FKT acronym: there is no claim at an official record.

FKTs came into the consciousness of riders during peak lockdown and the period directly following, during the dearth of off-road racing events. Riders with a strong drive for competition desired to test themselves and FKT attempts were the ideal outlet. In the context of lockdown self-isolation regulation, it helped that FKTs are ridden solo.

The practice of setting or attempting FKTs does not source in cycling. Its origin is in ultra-distance off-road running, an athletic community given to extreme challenge but also monklike dedication and individualism. Off-road ultrarunning is extremely taxing on the body. Runners can’t compete in many events during the year. If they miss one due to injury or a scheduling discrepancy, that’s their season – done.

But the desire for competition and validation is strong with off-road ultrarunners, which triggered those first FKT attempts. Runners who wanted to compete and test themselves outside the regular schedule of events, on routes of their creation and choosing. The first off-road running FKTs happened in the late 1990s, when activity-tracking wearables, portable GPS units and software were rudimentary. That meant many of those initial FKTs were tenuous, at best.

Off-road digital riding tech was made for FKTs 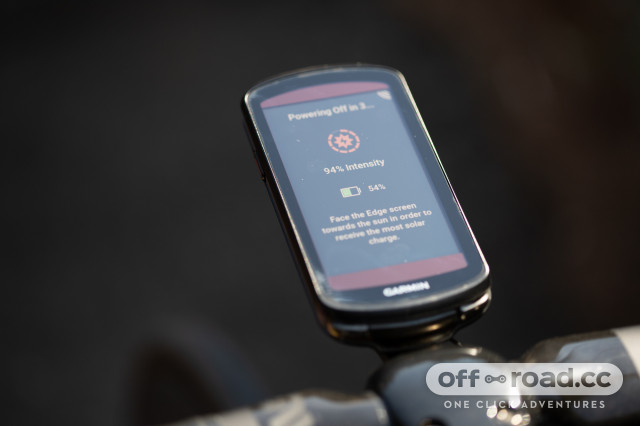 FKTs took a long time to migrate into the off-road cycling world. With a rich diversity of events, riders did not need alternative outlets of competition and achievement in the guise of establishing or chasing FKTs. The pandemic changed that. A lot.

As off-road riders started exploring further and riding harder, solo, the elements which generated those first ultra-running FKTs, were becoming substantive in off-road cycling. The convergence of cycling’s obsession with data and activity tracking, paired with rapidly improving technology, created the ideal conditions for riders to explore more of the potential relating to FKTs.

Establishing an off-road 100-miler FKT in 1990 would have been ambitious but also self-defeating. You’d struggle to validate any claim of having followed a prescribed route. With the calibre of activity tracking that gravel and mountain bikers now possess, riders can prove they have followed the exact route of a specific FKT. And logged their performance, for validation, on the activity tracker of their choice.

Nowadays, long-distance FKTs can be found on websites such as Fastest Known Times UK, which also works as a good benchmark for checking what you might face if you wanted to attempt an FKT on a specific route.

Are FKTs too risky for weekend warriors? 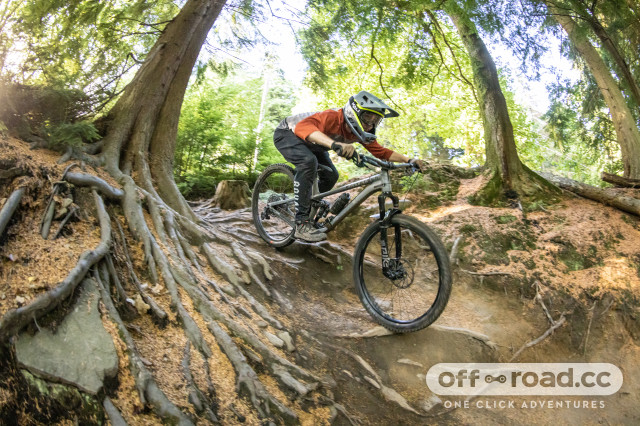 Many riders try and work their way up the leaderboard of a local Strava trail segment. And the risk of gaining a few places by riding beyond your limits is real.

During its infancy, Strava had to deal with rogue riders cutting corners and ruining trail integrity due to needless erosion in an attempt to gain slight advantages on a specific segment. Behaviour triggered by the obsession with gaining more places on a Strava segment.

Strava is localised, and most of the individual timed segments are short. If you make a mistake, suffer a mechanical or exhaust yourself, your car or help is never far away. But FKTs are different. They range deep into wilderness locations, and the riding distances are vast.

There is no support for an FKT attempt because it is not an official event. As with some of the more exotic FKTs, you are probably at risk of being seduced by the prospect of crossing private or conservation land. A small transgression can have huge consequences for local riders in the area, regarding trail and land access.

Goaded by the promise of social media validation, amateur riders can attempt an FKT that is fraught with riding risk. Remember that you are riding on an ‘open’ route that has not been sanitised from traffic. And often, that’s an even greater risk off-road, when you aren’t expecting that pick-up truck parked at the apex of a blind corner, during a high-speed dirt road descent.

On an endurance FKT, there are no water points or feed stations. If you have gone too hard and hit the metaphorical nutrition, hydration or metabolic ‘wall’, you are on your own.

Does an FKT matter? 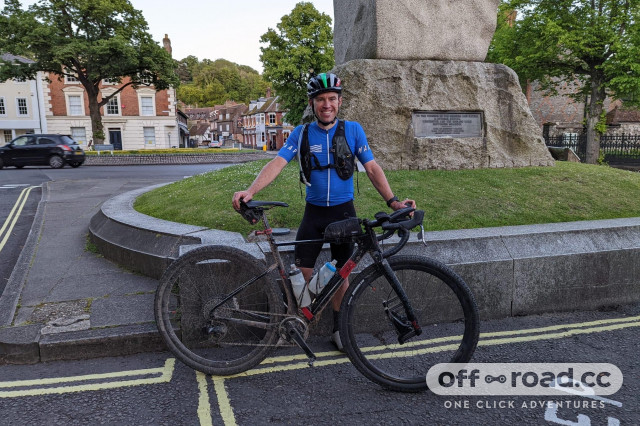 For pro riders in the waning phase of their careers or social media influencers attempting to regain relevance, an FKT achievement can have value. Despite its ‘unofficial’ nature and the lack of any prize money, some of the more exotic FKTs have allure and interest to the broader off-road riding audience.

There is an implied irony with FKTs. If they became official event segments, with disputable timing protocols and closed route marking, riders would be funnelled into a specific schedule to ride them. It then transitions from FKT to an official event. And for many of those who follow FKT attempts or think of riding one, it’s the unendorsed and informal elements which have fundamental appeal.

FKTs are more about creating the action of healthy imitation, having other riders train and try to attempt an FKT, than actually owning a specific FKT record. In a peculiar and charming way, FKTs are riding records and results for riders who really don’t like mass competition events and indisputable ranked timing sheets.

"Gold medals are often separated by hundreds of a second" ..... sniggers quietly in the corner 😉