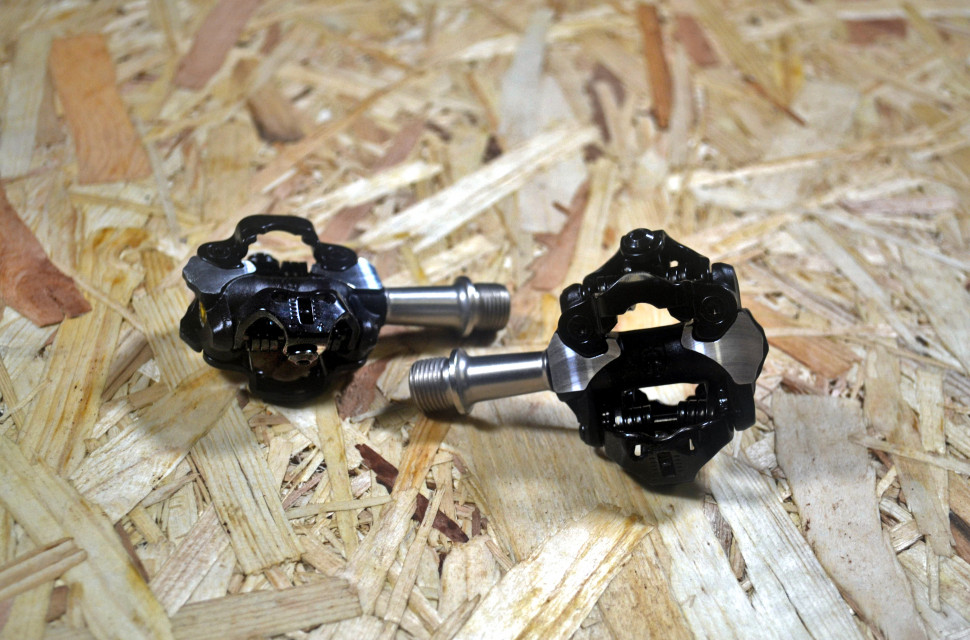 The Ritchey WCS XC pedals are some of the lightest MTB clipless pedals you can buy with a mix of bearings and bushings to make them really smooth. The cage has a limited level of support, so these pedals may only be suitable for those looking to save a few grams.

The WCS versions of the pedals that Ritchey are now producing, which includes the WCS Trail have a distinctive look with black sections and the contact points are polished, giving a clear idea of just how much support the pedals have. Assuming a rider prefers not to have any form of cage the level of platform support is similar to other major pedals, including Shimano with the 8100 XT and 9100 XTR pedals. Once clipped in and when using shoes that have a stiff sole the platform area is fine and this will likely include the majority of riders the pedals are aimed it, such as XC racers or perhaps some more competitive gravel riders.

Just the same as I found with the WCS Trail version is just how smooth the bearings are out of the box, feeling tight but with no stiction at all. The pedals use a combination of needle bearing, cartridge bearing and also a bushing in different parts of the pedal/axle interface that aims to give a smooth but hopefully durable setup. To date in testing that has certainly been the case having ridden in some really poor weather conditions the pedals have stayed smooth and with no play evident at all with many hundreds of kilometres ridden. The pedals do have a service kit option available (for €22, currently about £20) which includes all the bushings and bearings to rebuild the pedals should they eventually start to develop play you will be able to do a full rebuild.

What has been noticeable is that some of the black finish on parts of the cleat jaws has started to come off and while they don't look quite as messy as the Comp XC versions with the full painted finish, it does detract slightly from the looks. 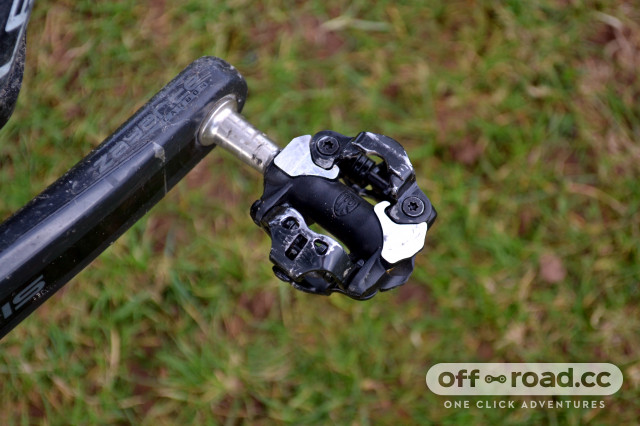 The pedals feature 10 click adjustment for cleat spring tension although in use I found closer to 6 useable. For the lowest tension settings the cage became loose and rattled and disengagement was also far too easy. As the tension grows the settings become more useable and give a reasonable range of adjustment that should be wide enough for the majority of riders. The tightest settings give a firm connection but still disengage when you want, feeling reasonably fluid and should suit riders who prefer a more secure connection. The cleats feature 4 degrees of float, which gives a little movement and there is a definite point where you can feel where the cleat starts to disengage and this makes cleat setup quite easy to dial in. When riding through some very muddy trails and poor weather conditions the pedals have been great and at no point did they fail to engage or have any difficult with the minimal but open design ensuring that mud can pass through when pressure is applied to engage.

As the overall q-factor (distance between the pedals) in mountain and gravel bikes increases gradually with boost and potentially a road/gravel equivalent to follow ahead the axle width and ability to adjust the q-factor is something that some riders might look to change. The WCS XC feature a reasonably short 53mm axle width (measured to the centre) which is lower than many other brands, including the standard Shimano axle length, although they now provide two axle length options for the M9100 XTR pedals with 55mm standard or short 52mm options. The 53mm axle the Ritchey WCS may be a plus for racers and those looking to keep a narrower q-factor but for some it may be potentially too narrow. When testing during winter and in combination with neoprene Spatz GravlR overshoes I had to run the cleats at the point to give maximum clearance to avoid the foot with overshoe on rubbing against the crank arm. Another possible option to increase clearance would be to run an axle spacer, although this would only give a few millimetres extra.

Our pair of WCS XC pedals weighed in at just 310g for the pair (without cleats), making them the same as the quoted weight for the Shimano XTR M9100 pedals which are also not far off the same price at £130. The WCS XC are some of the lightest SPD compatible options that you can buy with perhaps the Xpedo M-Force 8 being the lightest, claimed at 215g. For other non-SPD compatible options the Crank Brother Eggbeater is often the go-to for weight obsessed riders, although anyone who thinks the WCS XC is lacking any support will not want to look at the even more minimal Eggbeater. For a similar price the Eggbeater 3 retails at £130 with a claimed weight of 280g with the weight dropping to 174g per pair for the £400 Eggbeater 11 model. For riders who might be after a little more support and a minimal cage the WCS Trail were fantastic in testing and just over 40g heavier for a pair.

The Ritchey WCS XC have been completely reliable and performed well in use. They are smooth but also good to know are completely rebuildable should you need to. At €125 (currently around £105) they are a similar price and weight to the popular Shimano XTR M9100 pedals. They have proved faultless in use and with plenty of adjustment on offer make for a great competitor for riders perhaps looking for a different look.