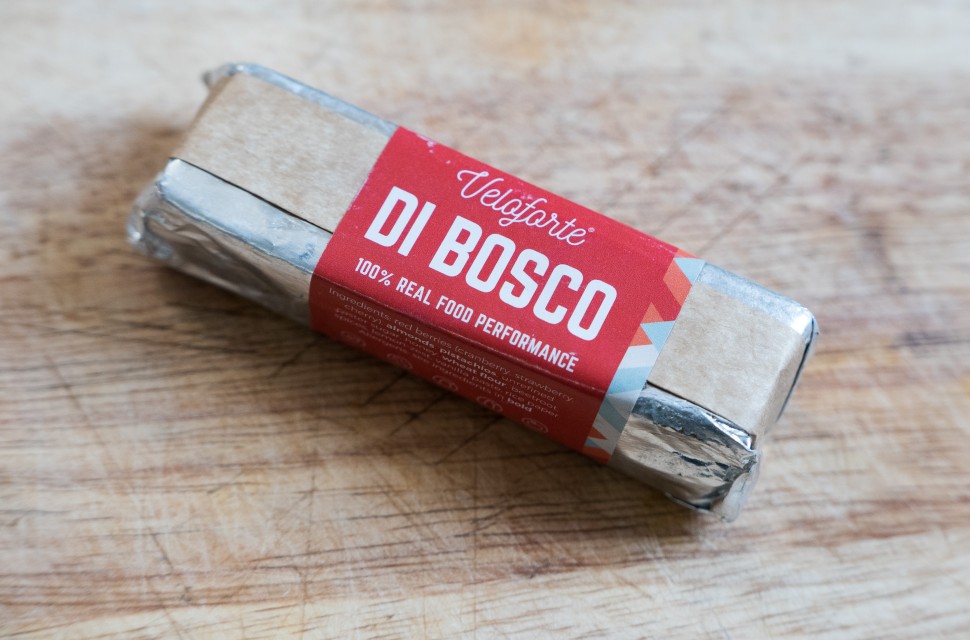 Veloforte's Di Bosco is a fruit and nut laden tasty surprise of a nutrition bar, made mainly from red berries, almonds, pistachios and rosemary. It's moist, filling and tastes like a kind of savoury, condensed Christmas cake. The only issue is the expense.

Veloforte claims that their all-natural ingredients offer a mix of anti-oxidant and anti-inflammatory properties, plus protein, fibre and various other goodies thanks to using whole fruits - cranberry, sour cherry, strawberry - and nuts plus the rather leftfield addition of rosemary into the mix. That's all stuck together with honey, cane sugar plus gram and tapioca flour, with lemon juice and zest, strawberry and beetroot powder, mixed spices plus vanilla seeds for flavour.

It's got a really quite edible flavour, which reminded me of a squashed down fruitcake, most likely due to those red fruits and the mixed spices. It's not unpleasant by any means and managed to strike a nice medium between sweet and savoury, with a taste that lingers but not unpleasantly so. 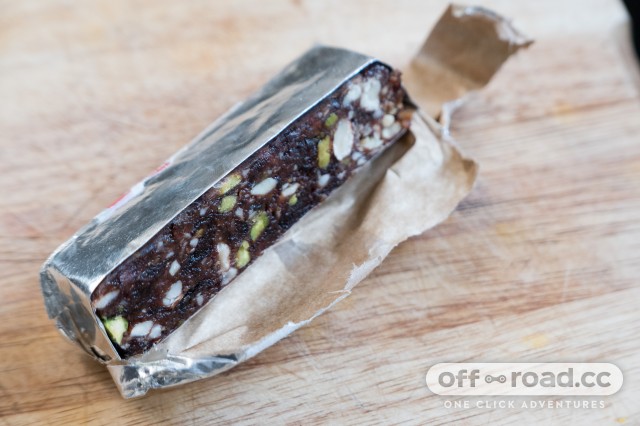 When it comes to the nutrition facts, it's energy dense, with 1706kJ per 100g, of which 67.9g is carbohydrate - 52.5g of that being sugar. There's 5.2g of fibre and 7.7g of protein and a fair bit of fat at 11.9g, though only trace amounts of salt. It's all suitable for vegetarians and there's no dairy or egg or gluten to be seen. It's only the honey that's keeping vegans away too.

At 70g per bar, it's a pretty substantial thing to eat and I found just having a single bite every so often was preferable to gobbling the whole thing down in one sitting. Our bars were supplied in foil coated paper wrapped packaging, which was a massive pain to open and let in dirt when it was, but Veloforte has now moved to a more conventional style wrapper which seems like a good move for ease of use.

While the portion size is generous, the bars are priced at the premium end of the market, with a trio costing £7 (they're not available individually) or a pack of 15 sitting at £32. At their cheapest - the £50 box of 24 - they cost a smidge over £2 each but it's not actually too bad when you look at pence per Kcal. 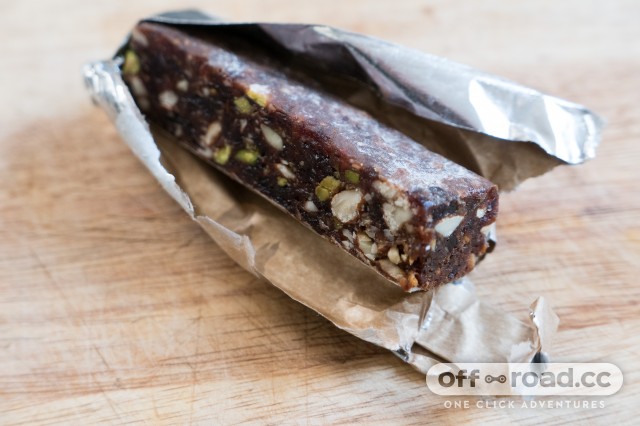 If I was doing a long endurance ride, I'd be very tempted to use these bars - certainly as part of the mix. They have the advantage of tasting and feeling very close to 'normal' food and are flavoursome enough that I'd actually look forward to having one rather than treating it as an ordeal to be suffered, which is a common issue with many nutrition bars.

Apart from the cost, the only complaint I could muster is that they get insanely hard in cold weather - if you plan on snacking in sub-zero conditions, make sure you stick it in a pocket to warm up first or you'll test your teeth. 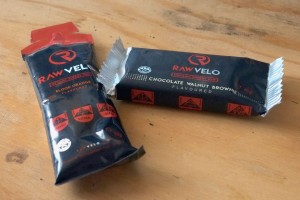