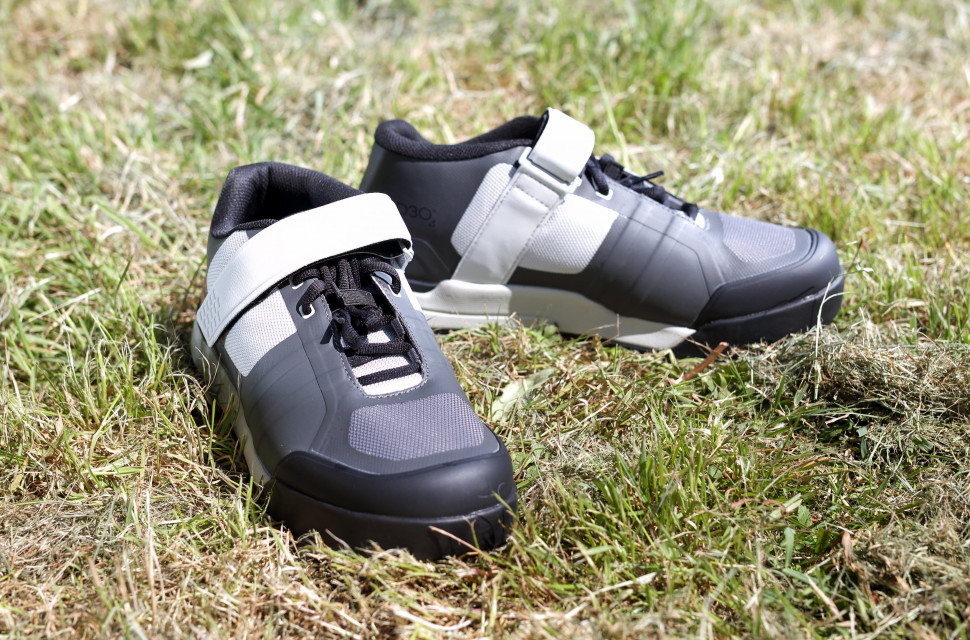 The Transition is Ride Concepts’ SPD shoe that's aimed at gravity and downhill riding. There’s D3O impact-protection littered all around for tons of armour, but they're a bit too bendy for serious pedalling and can get warm – plus they’re pretty spendy.

The Transition is made with weather resistance and protection at the forefront of its design. The upper is welded microfiber for water resistance and some measure of cooling, while a fully-gusseted tongue keeps the muck out.

There’s a D3O insole for shock absorption, with a high-rise EVA midsole for support and an RC PowerDrive nylon shank to increase pedalling stiffness. 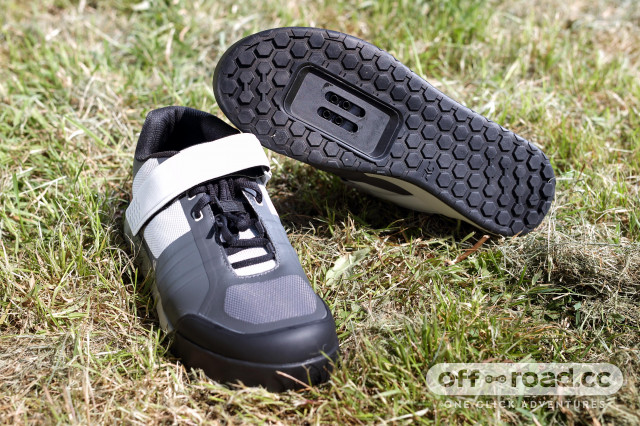 Furthering the protection, the asymmetric collar has even more D3O built in to protect your ankles against crank strikes. A lace and velcro strap closure system keeps the Transition seriously secure.

The Transition is a chunky shoe and sizes up large, leaving loads of room in the toe box of my EU44 pair. You may want to consider sizing down but I quite like the extra space – they're roomy rather than too big. 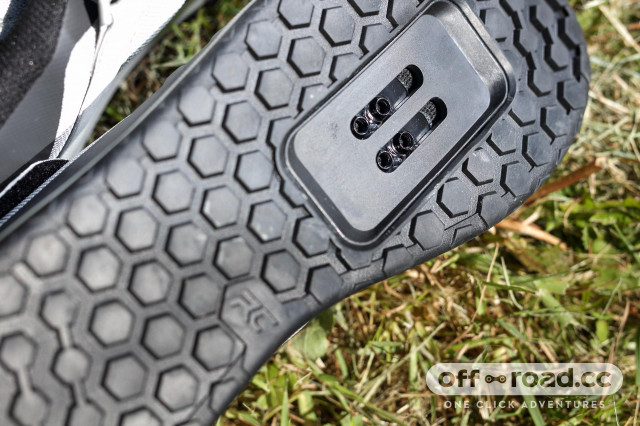 Ride Concepts claim the cleat channels are extra-long for adjustment, but in practice there's less scope than with some rival shoes. I like to have my cleat behind the ball of my toe but, unfortunately, I wasn’t able to achieve that with the Transition – I can with other shoes. 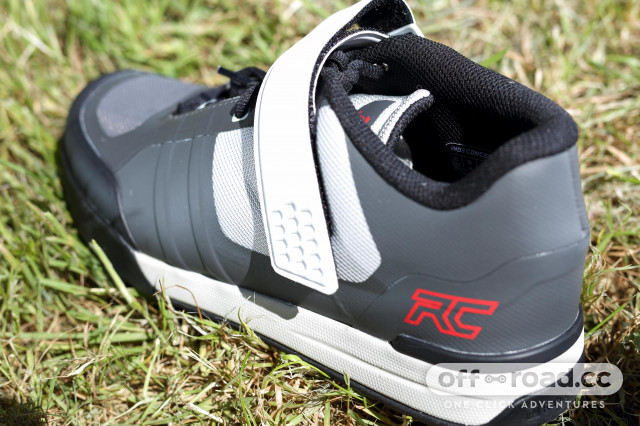 At first, the Transition is perfectly comfortable and it’s great to walk in. During the first couple of rides I occasionally had real trouble unclipping from the pedal – almost as if the cleat was bending in its box – but strangely only on the right shoe. This led to one or two rather embarrassing tumbles. After a quick reposition of the cleat and a bit of breaking-in the shoe got easier, but unclipping isn’t as confident as it could be. 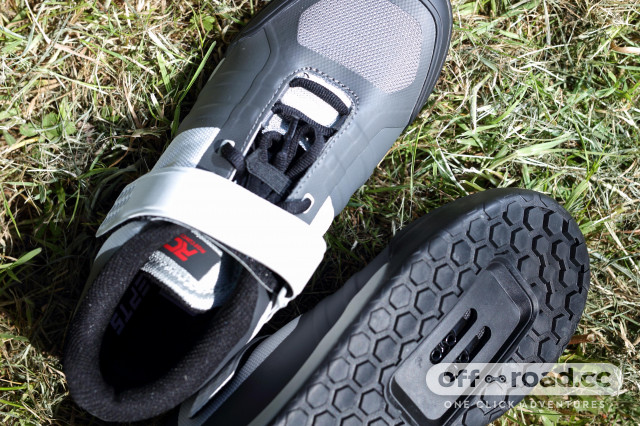 It's not particularly stiff, either. While certainly not the worst-pedaling shoe out there, it isn’t the most efficient. There’s a clear bit of flex in the sole which works great for damping when pinning techy downhills, but it also absorbs a bit of power when on the pedals.

After a couple of hours riding I reliably developed pain in my right foot, likely due to the midsole contour not matching up very well. However, this is probably something that affects me personally – your feet may be fine. 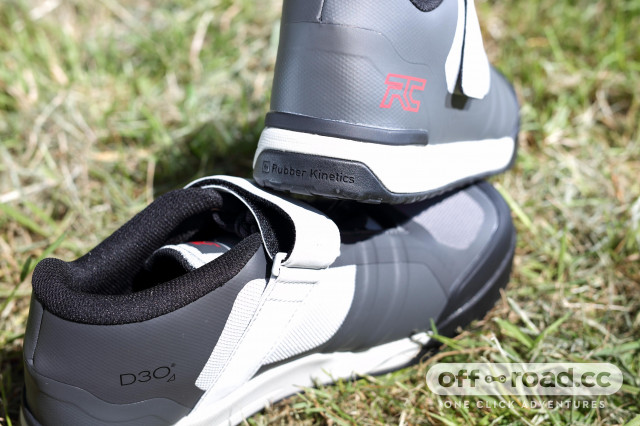 The sides and toes have fabric panels for airflow and, while they're fairly sizable, cooling from them is super-limited. The Transitions are pretty warm on hot summer days. On the flip side, the the mesh doesn't let water in as easily as breezier shoes either, which helps on those more common summer days when it rains...

The real benefit of the Transition is its protection. I’ve punted rocks that’d usually have me wincing, but these shoes hardly even show a scar. 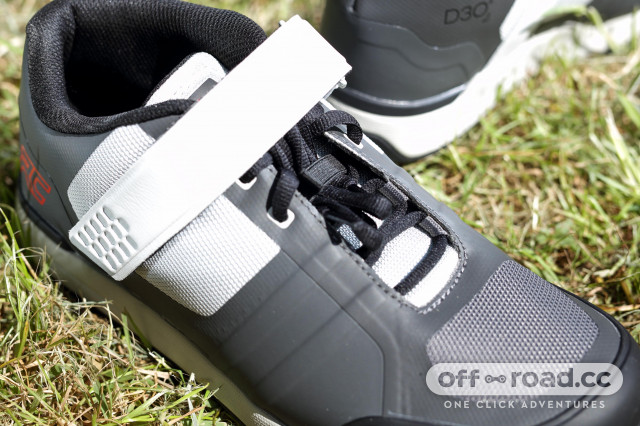 If you’ve always wanted to ride in what looks like Marty McFly’s self-lacing shoes and need all the protection you can get, the Transition will suit you really well. Ride Concepts lists it for gravity, trail and even cross-country use but, while it lends itself to perfectly to downhill, even for general trail riding you'll probably want something a bit stiffer, less bulky and cooler.