Skip to main content
Log In Register
Bontrager Flatline flat pedal shoes review £120.00
Really comfy shoes with a great sole, but the outright grip isn't up there with the best 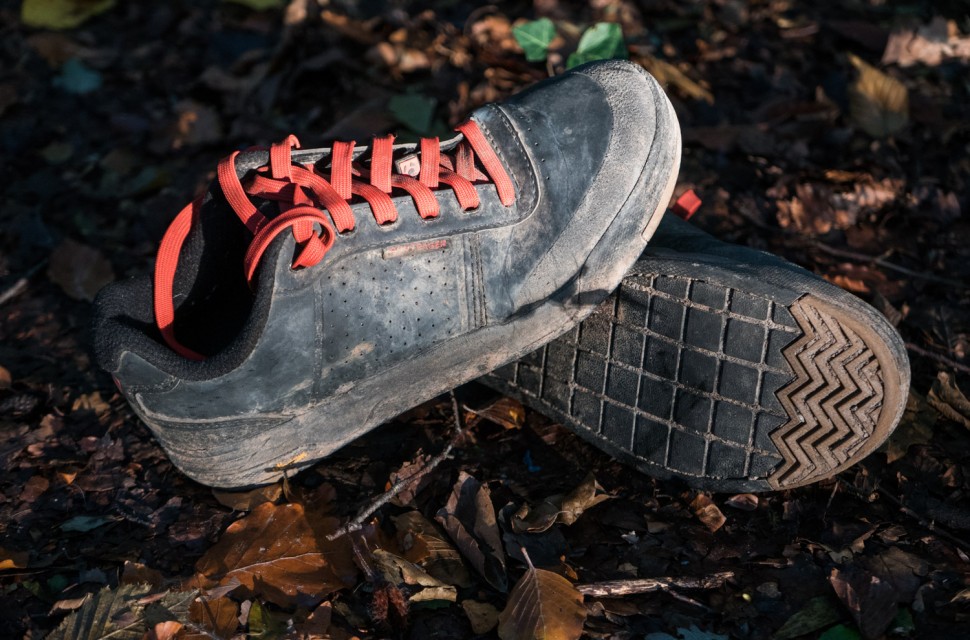 Bontrager's Flatline flat pedal shoes have a superb fit and sole that's just about perfect when it comes to a blend of stiffness and feel, but the Vibram Megagrip soles just aren't as grippy as the benchmark Five Tens despite costing roughly the same.

To narrowly avoid a tedious metaphor, the heart of any flat pedal shoe is it's sole. It's here that the Flatlines really score, managing to hit a really nice midpoint between being stiff enough to transmit pedalling power without collapsing around the pedal and hurting your arches (as well as wasting energy), but also not being so stiff that you've got no idea what's going on beneath you.

It's also fair to say that Vibram's latest Megagrip rubber offering is much better than previous attempts, being much stickier than before. For reference, our Shore hardness tester came up with a 50a rating, which isn't bad - but is also still less tacky than Five Ten's benchmark Stealth rubber, which comes out at about 40a. That's the difference between a pretty hardwearing trail tyre and a competition spec downhill bit of rubber - and that's noticeable in how well they grip to your pedals.

While they're not slippery by any means, they don't have quite the same locked-in feel and your foot can still get bounced around, even when you're using pedals with pins that wouldn't look out of place in the Spanish Inquisition's toolbox. Of course, if you're more into being able to constantly readjust your foot on the fly, that might not be a dealbreaker, but if you like to feel nailed down then it'll take some getting used to.

It's a shame, because the sole pattern is really well thought out, with a centre section made of big square blocks for maximum pedal pin penetration, while the heel and toe have a wedged shape which gives decent grip when you're scrambling off the bike.

The fit is also a real high point. I like a fairly narrow shoe and these manage to cosset your feet in a comforting and comfortable manner, with good arch support and padding that eliminates hot spots without letting your hoof flap about inside them. They've also got decent quality laces - a perennial Five Ten weak spot - and a running shoe style extra eyelet that allows you to cinch them in nice and tight without needing an instep strap.

All in all, these are great shoes if you're not all about maximum traction and value comfort and support. The price is on a par with most other flat pedal shoes - but still fairly steep, let's be honest - and they're well made too. The upside of that harder rubber is that they're also longer lasting than those sticky rivals too. 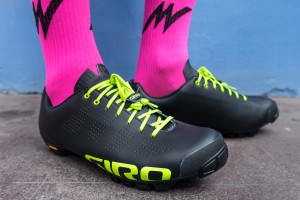