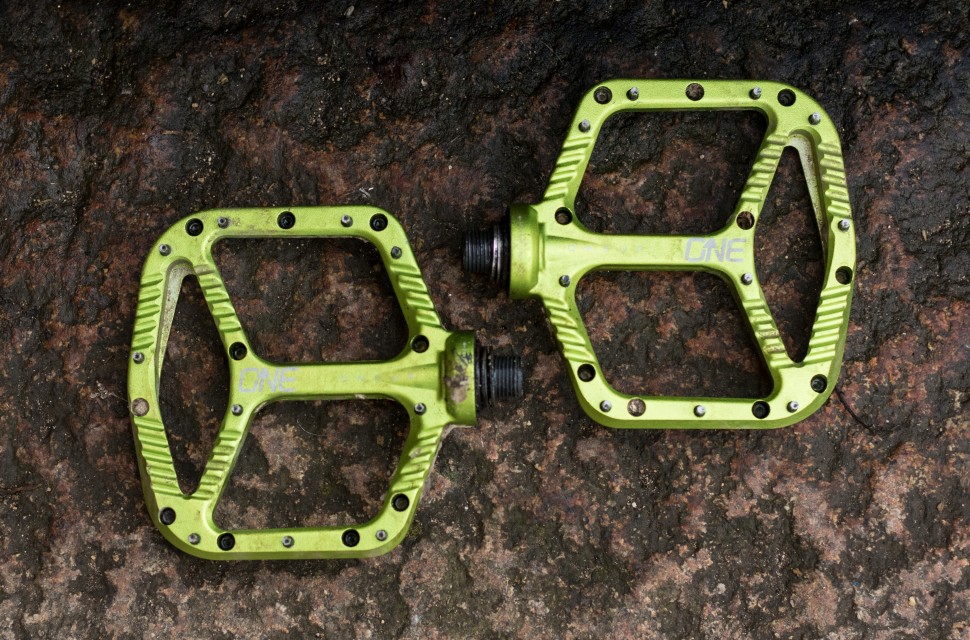 OneUp’s aluminium flat pedal offering delivers super sharp and grippy pins with variable heights for their location on the pedal and a super thin and large platform for maximum clearance and stability, making it a cool contender.

The platform is a sizeable 115mm by 105mm which should offer plenty of space for even the largest of hooves. That said, the large housing for the inboard bearing does get in the way slightly. At times you can feel the circular housing underfoot meaning you need to readjust outboard to regain the most effective platform for your shoe. Not a massive hindrance but noticeable nonetheless.

The pedal platform measures around 8mm deep and utilises a slightly convex shape over rather than the more usual concave design. OneUp says that this helps clearance on bikes with low bottom brackets and enables the natural curve of the foot to hug the pedal. Longer pins on the perimeter help with increasing concave grip-levels despite the overall shape. It never caused any issues when riding, the grip is more than adequate from the super sharp pins and clearance is superb due to the low profile build. At 360g for the pair, they’re a good weight too. 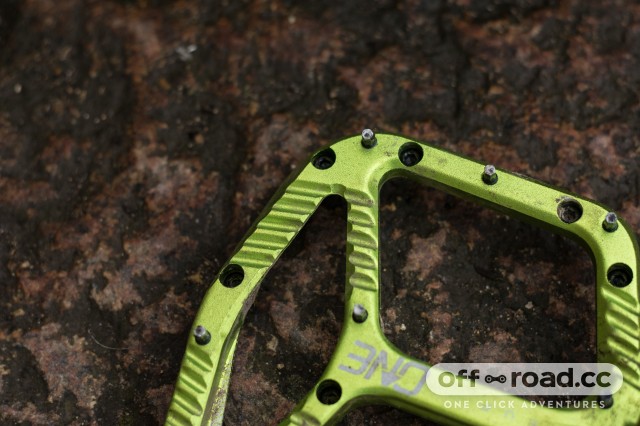 Hidden inside that thin profile are four sealed cartridge bearings, with three smaller ones along the axle and one large one on the inboard end. It's all entirely serviceable too, using a Shimano cassette lock-ring tool. Speaking of bearings, the axle did feel somewhat rough straight out of the box, not enough to prevent free spinning of the pedal but interesting considering they were brand new. 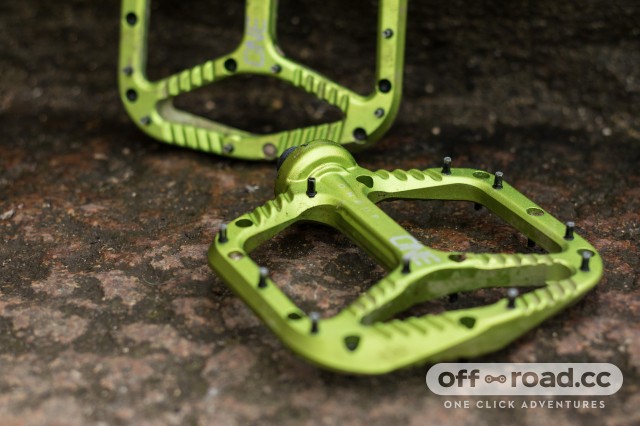 It's not quite up there with some of the best in terms of grip and shape, but then its cheaper than some and despite the minor bearing roughness from the get-go, they’ve been hammered in the muck since with no further deterioration. The pins thread through from the opposite side too meaning they can still be removed and/or replaced when you’ve knackered the sharp end. All in all, a very good flat pedal with well thought out features and a reasonable price tag.

Archer Components D1x Trail with Standard Remote review £287.00
Wireless shifting for (some of) the masses, in a very well executed, robust package with huge potential
Review