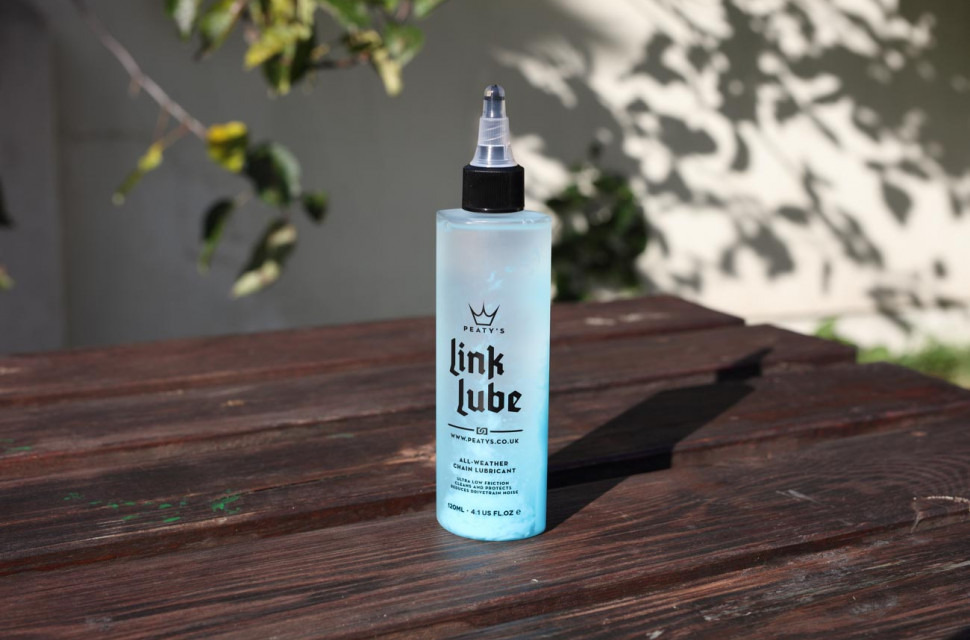 Peaty’s LinkLube All Weather Lubricant is a chain lube with a neat trick up its sleeve; it cleans the chain as you go. But while it smells nice and comes in an easy to use bottle, it washes away quickly – it can leave you with a slightly rusty chain within a few days of application.

LinkLube uses a two-part formula which separates out and actually looks pretty cool. One part is the clear lube itself, which is an anti-corrosive, water displacing oil. The blue stuff, on the other hand, is a secret blend of oils and waxes found elsewhere in wet or dry lubricants.

Shake the bottle and they mix to create a solution that’s meant to drive out water and muck, while leaving a lovely slippery chain. 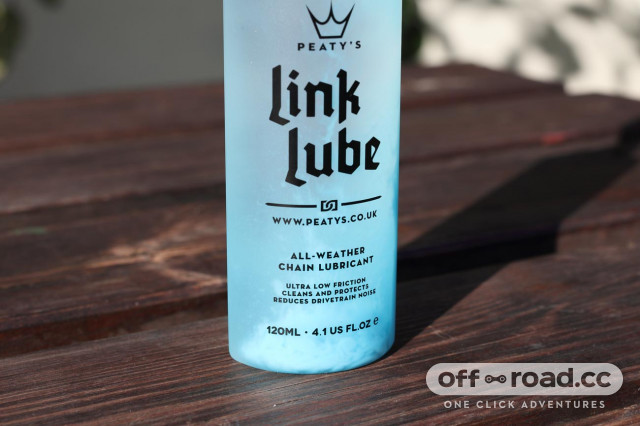 LinkLube leaves the chain feeling noticeably smoother while backpedaling, and its minty fresh scent is pleasant – if not something I expect when lubing my chain.

I really like the bottle itself, too. It uses a twisty cap that doesn’t come right off (or get lost), and it’s rounded so you can rest the tip on the chain. Application consequently feels easy and smooth. 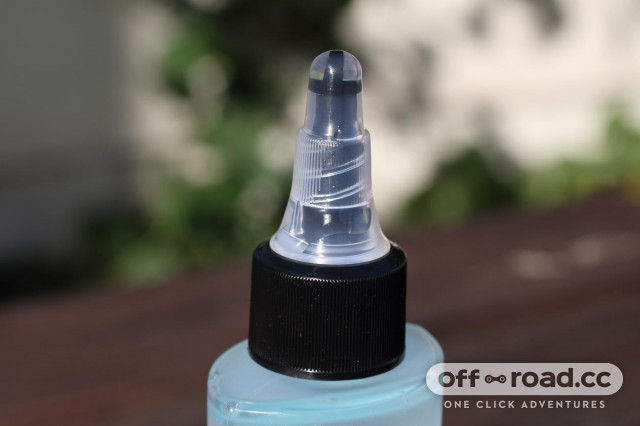 It's quite thin stuff, so while you might lose a bit, it's easy to get adequate coverage quickly.

Before lubricating a chain, I usually clean it, dry it as best I can, and then apply before stowing my bike away. Doing the same with LinkLube, I found rusty spots appearing after a few days. 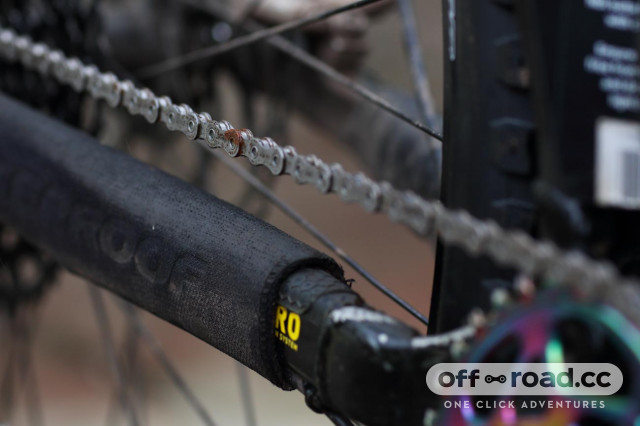 It’s pretty keen to wash away when riding in the wet, too, leaving me with quite a noisy chain. I do tend to ride in particularly puddly areas, though, so I might be placing the lube slightly out of its depth. Peaty's say that this is an 'all weather lube' rather than a specific wet lube so we might expect some drop in performance in really tough and wet conditions where the lube is not designed to be used.

While it could be because the lube has washed away anyway, I've found the chain much cleaner after a ride than normal. Even so, I would rather have a better performing lube and spend a bit more time cleaning the gunk out of my chain. 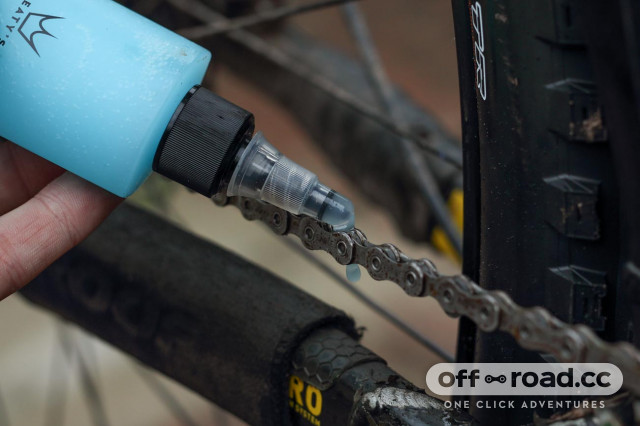 I’ve not yet tested this in the dry (it hasn't been dry...), but I’m certain it would perform better with fewer puddles to wash the stuff away. Then again, this is an 'All Weather Chain Lube,' so there are only so many excuses you can make for it. If you want to see how the lube faired in better weather, George over at road.cc has reviewed the lube as part of the Peaty's Clean Protect Starter pack which you can read here. George reports the lube lasting longer on the road than we experienced off-road.

It’s also worth noting that LinkLube  is a couple of quid more expensive than many others.

If you’re a fan of minty smells, well-designed bottles and 'all weather' rides that are almost all dry, Peaty’s LinkLube All Weather is the lube for you. However, if you’re riding through wet stuff often, LinkLube is just too thin and too easily removed to really protect your drivetrain. 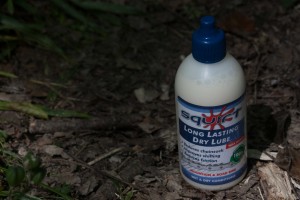 Van Nicholas Rowtag review £4987.00
Versatile and durable gravel bike that's suitable for a quick blast in the hills or an epic adventure
News