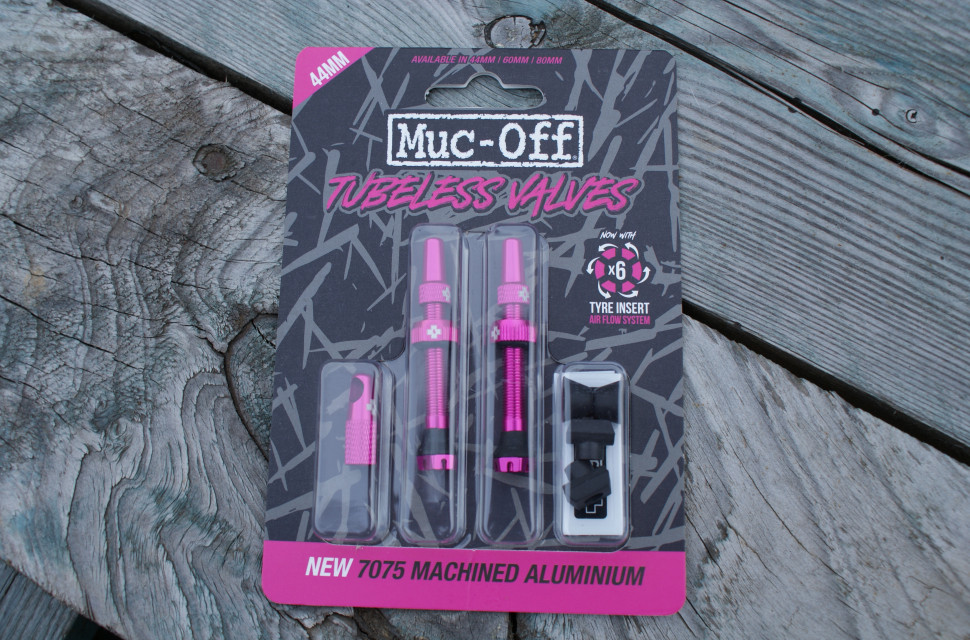 Our friends at Road.cc reviewed the original Muc-Off Tubeless Valves back in 2019 and had nothing bad to say about them. An updated version has now been released which has some subtle-but-handy improvements making these one of the best tubeless tyre valve options on the market.

The valves come in 44 and 60mm lengths as per the original version which will suit MTB and gravel riders, there is also an 80mm length for the deep rim roadies. For those who want to colour match, there are 10 different options including an oil-slick hue.

There is no doubt these are premium valves, the quality is second to none and each detail has been well covered to offer the perfect set-up. Made from 7075 aluminium, which is an improvement over the previous 6061 version, these are claimed to be stronger and lighter.

A nice feature is the three different sets of rubber cushions which ensure a proper seal against a wide variety of rim shapes. Also included in the pack is a spare dust cap which doubles as a valve core removal tool – this is now a permanent fixture on the front wheel for any emergency valve issues. 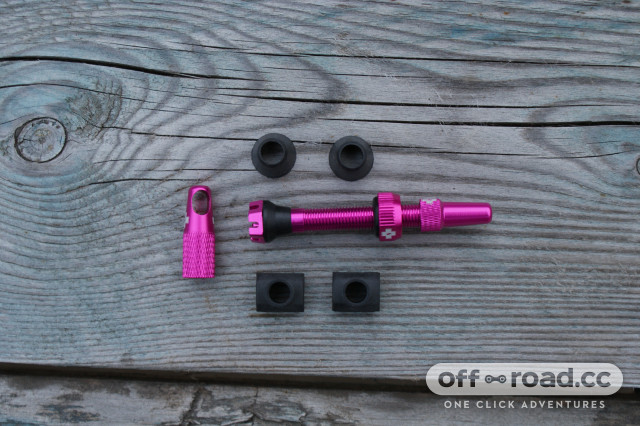 The new feature for these V2 valves are slots machined into the valve head which are claimed to aid tyre inflation when using a tyre insert. I haven’t been able to test this due to not running an insert but compared to other valves such as Peatys Tubeless Valves, they use a similar concept. The top of the valve head also features an allen key hex along with flats on the nut which are there to aid removal after a gritty and corrosive winter. 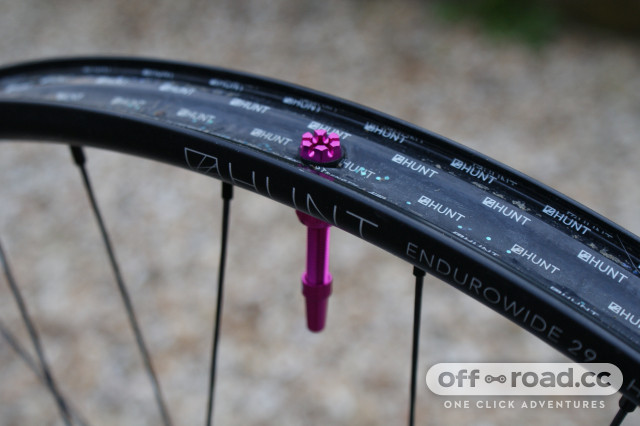 Fitting was as straight forward with no issues whatsoever. The valve core removal top cap worked well to get the cores out and is a handy feature to have accessible during rides – I always recommend carrying a spare valve core on rides.

With the variety of different shaped valve seats, there is no reason for these to leak and I had no issues during fitment or test. The anodised layer has shown no deterioration over the winter of muddy rides or washing and I’ve had no issues with corrosion or valve removal during that period. 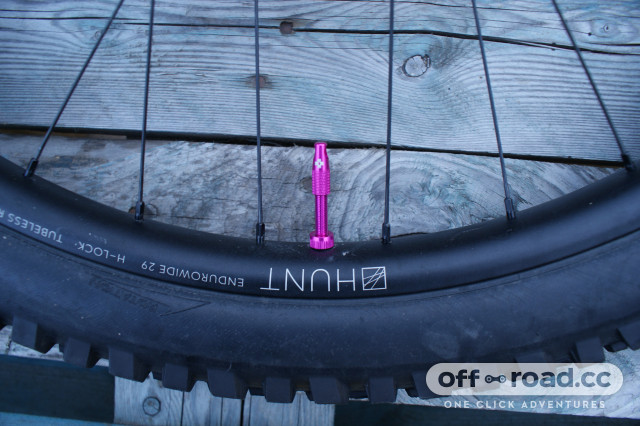 Retailing at £25, these are one of the best tubeless tyre valves on the market. When comparing these to the Peaty’s Tubeless Valves, the Muc-Off valves come in £4 cheaper with no drawbacks. Another option, if you’re having issues with sealant clogging, for the same money you could look at 76 Projects HI FLOW 'No Clog' Tubeless Valves. For some standard tubeless valves from a reputable brand such as Stans, you’ll only need to part with £10 so you’ll need to justify the extra price for the features on offer.

The Muc-Off valves come in a variety of colours, are good quality and fuss free when it comes to maintenance and installation. They are competitively priced but there are cheaper alternatives available. 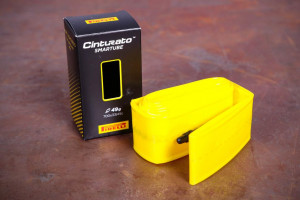 The Muc-Off V2 Tubeless Valves are designed as an aftermarket option to improve air retention and tyre inflation. With lengths ranging from 44 to 80mm, they can accommodate a broad spread of rim depths, while adding some bling to your ride. The valve cap doubles up as a core remover which is a handy feature.

They're pretty robust. Even the anodised coating is still without any blemishes - this after a very wet and muddy winter.

Easy to fit, easy to use. There's nothing to fault here.

There's a broad spread of colour options which is ideal for bike colour matching. The quality is second to none and the rubber seals play nicely with all internal rim shapes.

It's fairly pricey and, despite the handy valve core remover and flashy looks, there are considerably cheaper options available.

Yes until the faults arrived.

I'd definitely recommended this prod just to friends and riders alike

The Muc-Off V2 Tubeless Valves are a class act. Brilliant in construction and application, and easy to fit. They make tyre inflation an easy exercise and are just as impressive when it comes to holding air pressure.