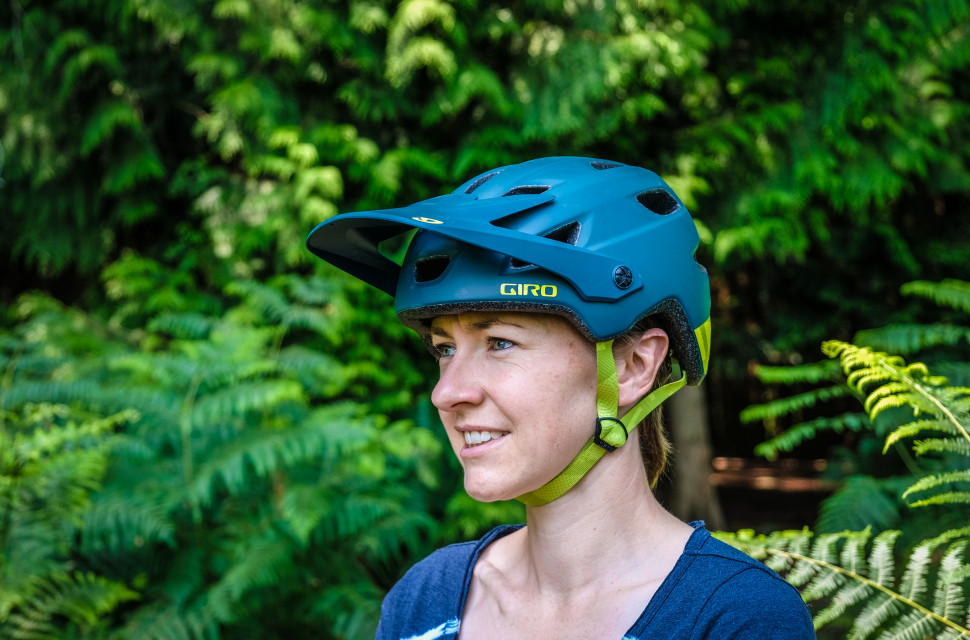 The Giro Chronicle MIPS is a mid-priced mountain bike trail lid with plenty of features. It has a rather deep fit and looks a little bowl shaped, but does offer good coverage and the build quality is impressive.

The feature-rich Chronicle MIPS sits between the Fixture MIPS and the Montara MIPS helmet within the Giro line up. It has a long list of design attributes starting with a MIPS layer and full coverage at the rear, rivalling other 'enduro' open face helmets.

Styling is generally good but the Chronicle has a rather bowl-like appearance overall. It offers deep coverage at the rear but is also quite deep at the sides, meaning it sits low on your forehead and close to the ears – something that can interfere if you wear glasses. 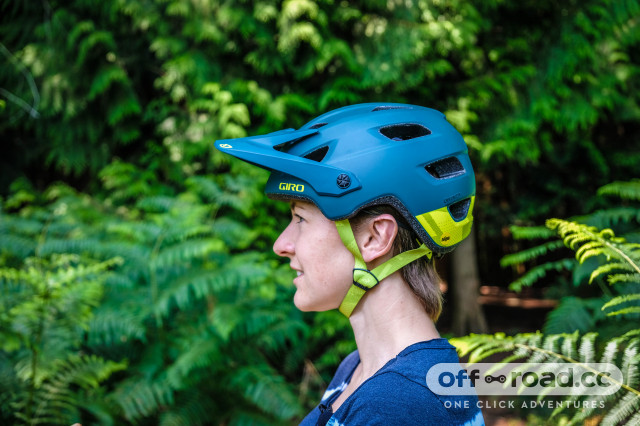 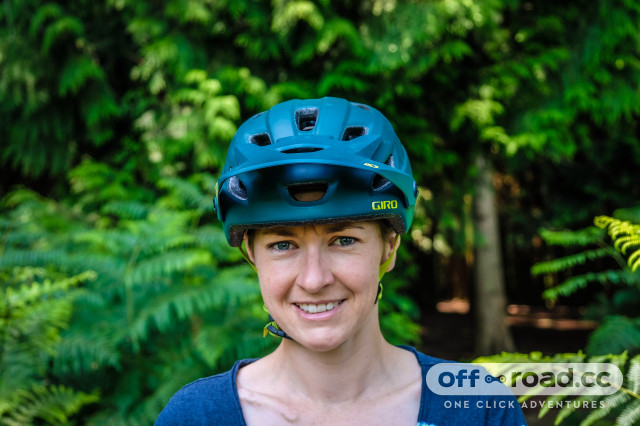 Giro's Rock-Loc cradle extends from temple to temple, with height adjustment at the rear via a small but easy-to-use dial. It's very similar to the cradle fitted to the Giro Montaro/Montara lids, but that one completely encircles the head for a more even distribution of pressure. 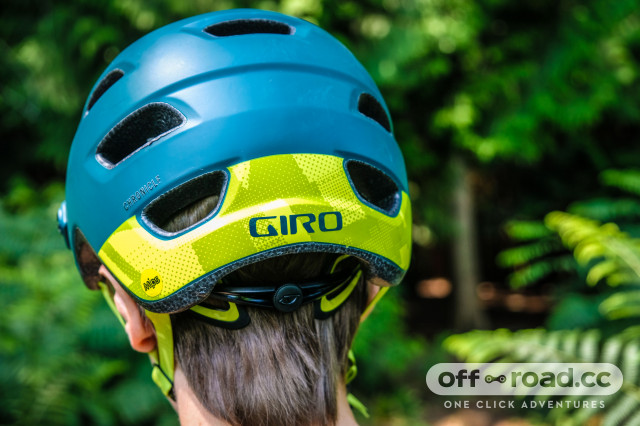 There are plenty of vents, but the Chronicle MIPS still gets a bit hot and sweaty. The large closed sections lack adequate airflow, trapping hot air and making this a rather warm lid on summer days. 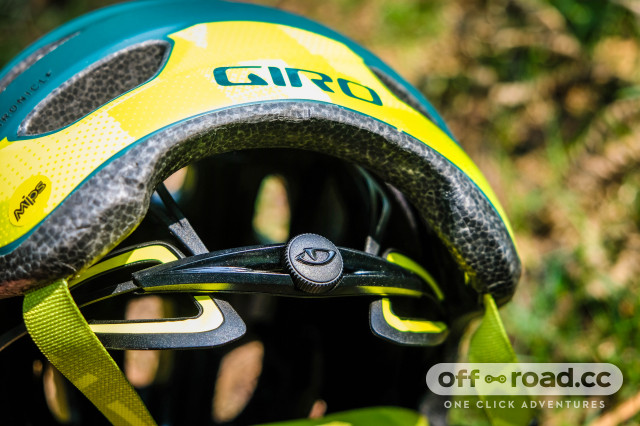 The visor is fully adjustable to accommodate goggles, while the inner padding is comfy and fits well against the MIPS liner. Unfortunately, the shell doesn't cover the lower edge of the foam liner, leaving it vulnerable to bumps and damage, which is a little bit of a letdown given the £110 price.

The straps are fully adjustable at the chin buckle and via splitters on each side, though they are very long – I had to cut off a lot of excess material, which left the buckle sitting to one side of my chin. 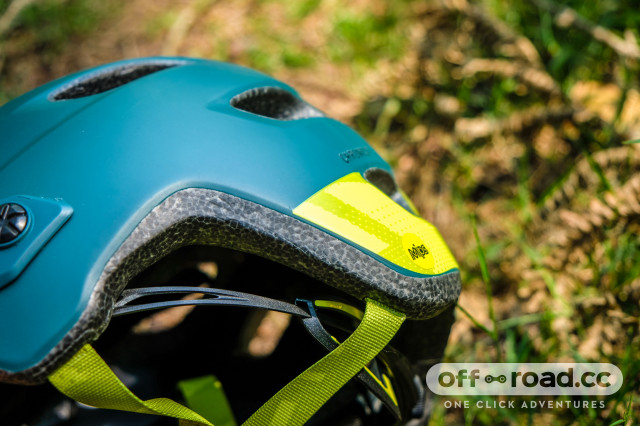 I found the Giro Chronicle a little too deep to be truly comfortable. The Roc-Loc cradle sits low over the ears, causing pressure points that get quite noticeable on rides over two hours.

On the upside, that depth means it's a secure lid, and it's lighter than a Montara in the same size (323g for a small). Outside the Giro range, it's up against the similarly priced Lazer Impala, the O'Neal Pike or the Bontrager Rally. 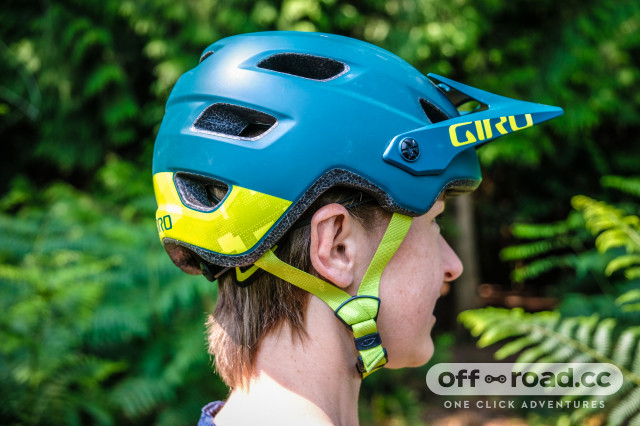 The Chronicle MIPS is a trail lid with most of the bells and whistles – the MIPS system, a google-friendly adjustable peak and tidy strap adjustment – but disappointingly it skimps on both protective edging for the foam and effective venting. If reassuring coverage and plenty of uninterrupted shell is more important to you, however, the Chronicle MIPS is a solid, if slightly expensive choice.