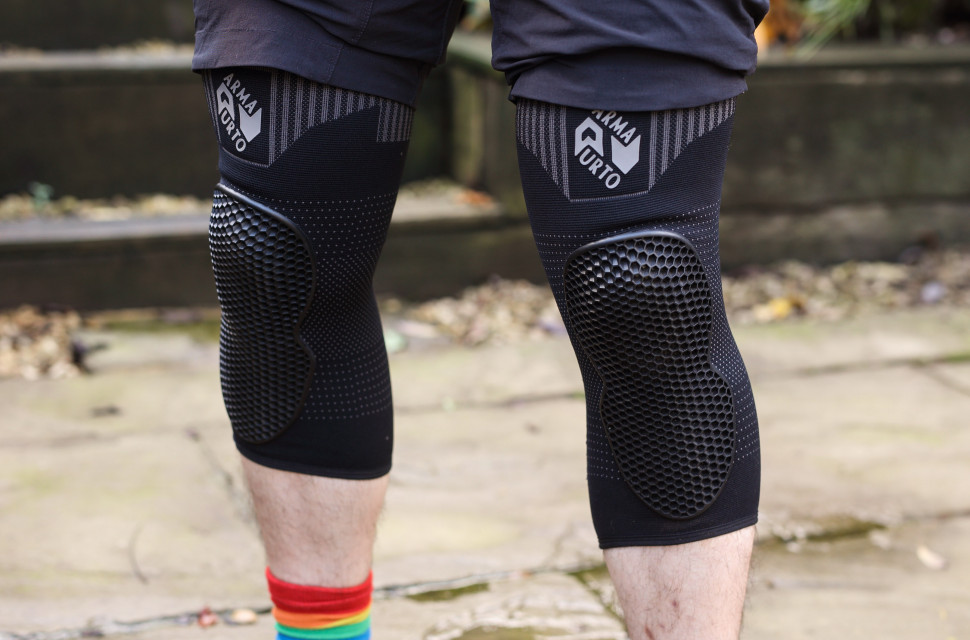 Liam Mercer
|
Nov 19 2022
|
Overall
Quality
Performance
Value
What's good?
What's not?
Buy if...
you're after a thin and lightweight pad at a good price

ArmaUrto is a fairly new player in the best mountain bike knee pad game but the brand’s Arma Hex knee guards show promise thanks to clever 3D-scanned shaping and an integrated patella donut in a low-profile package. While the slim pads may appeal to those who are looking for big protection in a small design, they're pretty toasty and the thick sock can restrict ease of movement while pedaling.

>Buy the ArmaUrto Arma Hex knee protectors from Decathlon for £79

Firstly, the shape of the sock has come as a result of 3D scanning athletes' legs with the aim of creating a protector that moves with the body and moulds to the contours of a leg. 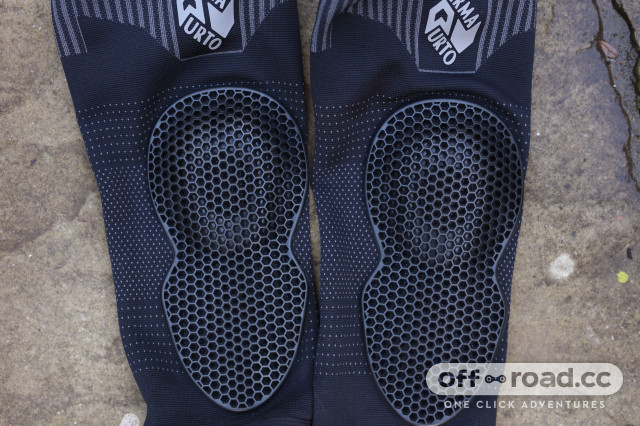 The guard or protector itself uses a combination of three active polymers that differentiates itself from D3O, for example, because it is incredibly flexible, more so than competitors' offerings. Along with this, there’s something the brand calls a patella donut which combined with a silicone gripper, helps keep the knee pad in place and correctly located on the knee. 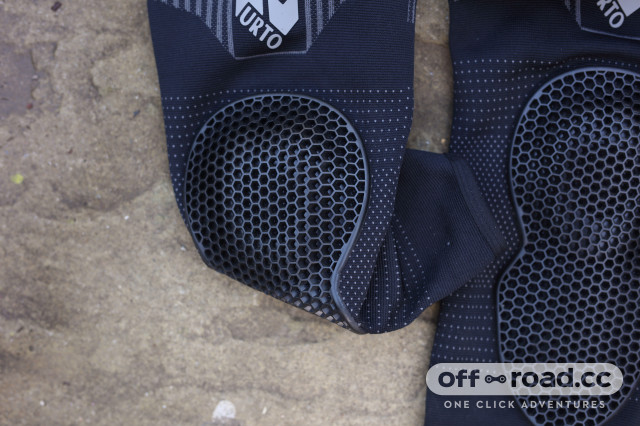 Most notably, these knee guards utilise ArmaUrto’s HEX construction, which the brand boldly claims makes these guards the lightest and most protective silicone protector ever. The size medium pair (pictured here) weighs in at 310g on my scale.

A nice little fact is that every offcut or spare piece of material used to create ArmaUrto’s products is collected and upcycled into new products. Then to round the spec off, they conform to CE standards.

The Arma Hex’s fit is impressively spot on. I usually pick a medium pad and, in terms of length, there’s plenty to go around. The guards reach from mid-shin to mid-thigh, so the pad gap isn’t anything to worry about unless you like to ride in hot pants. Being picky, the sock is fairly snug but its tightness has never been any concern during riding. 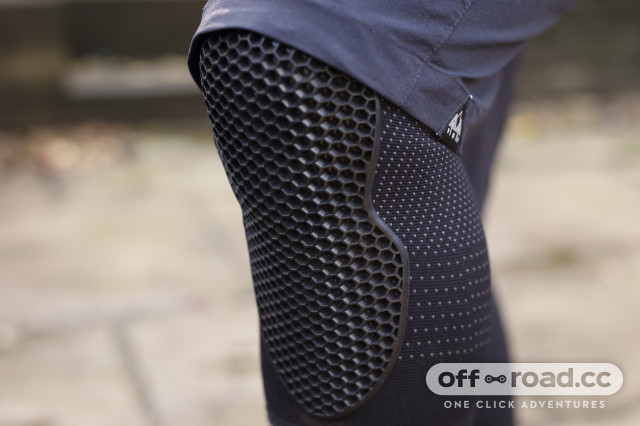 As for the coverage, that’s not too shabby either, especially if you’re looking for what a lightweight pad usually offers. The silicone Hex cap coats the main portion of the knee cap and runs down the shin, keeping the boniest of the bits coated in the protective material. If you're riding more technical trails, it doesn't quite offer the coverage I would prefer.

On the bike and the Arma Hex’s sock is noticeably stiff and elastic which results in a strange resistance as the knee bends but as the knee extends, it’s almost pinged back to straight. It’s a weird feeling, though it’s one I’ve grown to live with. 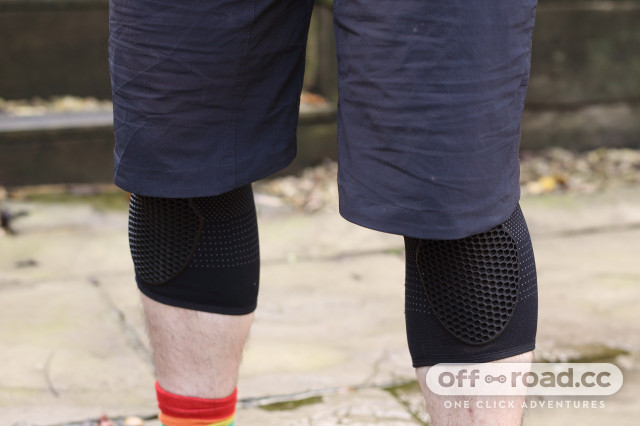 The sock has become pretty toasty, too. The fabric used isn’t as thin as what’s found on a range of knee pads, opting for a more knitted design and this really limits the overall airflow, even if the silicone protector is littered with holes. Unlike other pads, there’s no hole behind the knee, so there’s very little opportunity for cooling.

But what the brand has done well, is create a protector that really is unnoticeable on the body. Ignoring the sock, the silicone protective cap does exactly what it says on the tin; it moulds around the contours of the knee and shin, and it adapts as the knee is moving. The cap itself does incredibly little to the hinder the guard’s comfort, it’s totally unnoticeable.

At £80, it’s fairly priced. To compare, Fox’s Enduro Pro Knee Guards are £95, and while they’re definitely cooler and their D3O pads offer a bit more coverage, they’re not as comfortable long-term.

There are also the £80 7iDP Sam Hill Lite pads. They’re top performers but they don’t look to offer quite as much coverage.

If you’re looking for a pair of lightweight knee guards, the ArmaUrto Arma Hex Knee Protectors offer a comfortable and unnoticeable pad in a reasonably light package. Though they can get warm due to their thick fabric and the ride feel takes a bit of getting used to. While a little refinement is necessary, Armaurto looks to be onto something here. 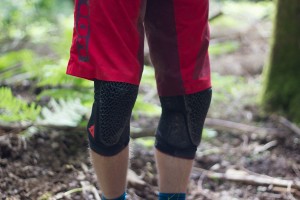 Armaurto says, "We've utilized the latest in 3D knitting tech to create the ARMA HEX Knee Protector. The seamless, single-piece, sock-thin sleeve moves and moulds perfectly to your body - the first protector of its kind. The ergonomic design is based on 3D scans of actual athletes. It rocks the latest in ARMA knee pad with integrated patella donut. You’ll feel its awesome flex and breathability, but not the bumps."

No issues even after washing.

Comfort is pretty good as the pad does what it's designed to do. Though it can get warm and its elastic quality is noticeable while pedalling.

Stacks up against rivals.

Warms and elastic feeling when pedalling

no - but others might find value in what they have to offer.