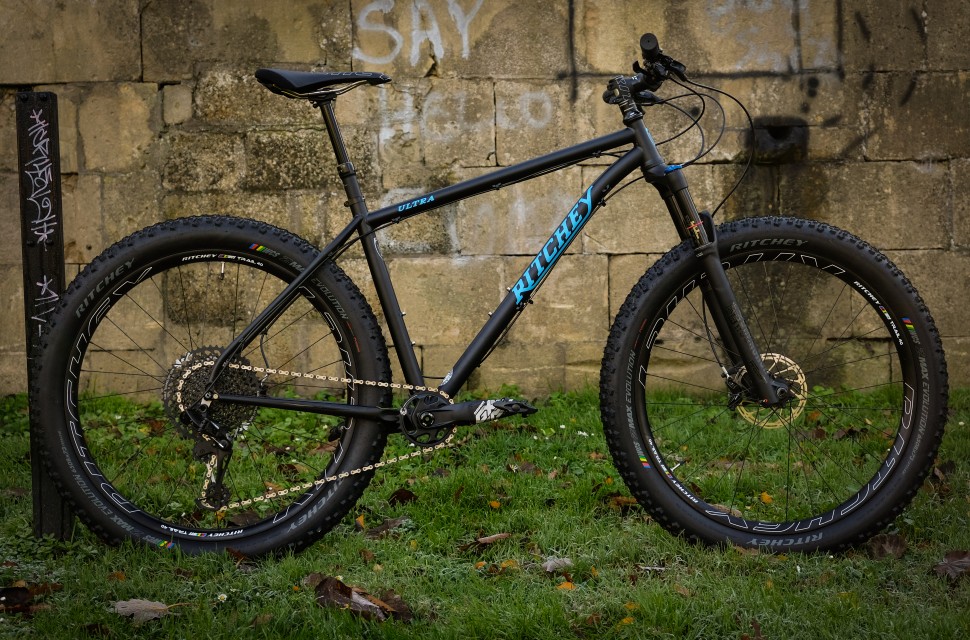 The Ritchey Ultra is a gorgeous steel hardtail that operates as a lithe and engaging cross-country and trail bike. It’s fast and fun on all sorts of trails from fast and flowing to tight and technical, the steel frame looks after you on rough terrain but isn’t negatively flexy, and the big tyres provide stacks of traction and bump absorption. It’s just a huge amount of fun.

Quick history lesson time: Tom Ritchey is an absolute legend of the sport, right there at the beginning welding his first mountain bike frame in 1987. In 1988 he produced the Ultra, a rigid steel mountain bike. Fast forward to 2018 and the Ultra has been reborn, with all the hallmarks of the original but bang up to date.

(If you were too young to see it the first time, here’s a picture of the original Ultra. That stem! Those cranks! That saddle! How times have changed. You can even read a review from Mountain & City Biking magazine in 1989 here.)

The Ultra sits in the company’s range between the P29 and Timberwolf as a trail and cross-country bike, with a 68.5-degree head angle with a 120mm travel suspension fork and space for up to 3in tyres on 27.5in wheels, or 29x2.4in if you prefer big hoops. Those numbers are classic XC territory but it performs better than the numbers might suggest, it’s not at all classic XC in how it performs. 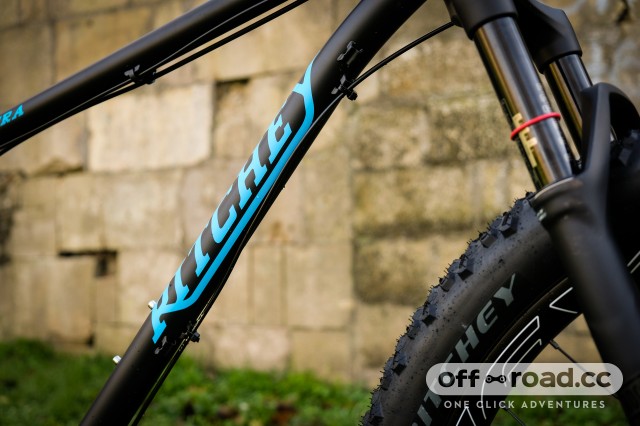 As you’d hope and expect, given the premium price and the company’s heritage, the frame is beautifully made. Ritchey has developed its own Logic triple butted steel tubeset with a combination of tube diameters and buttings to deliver the desired performance traits. 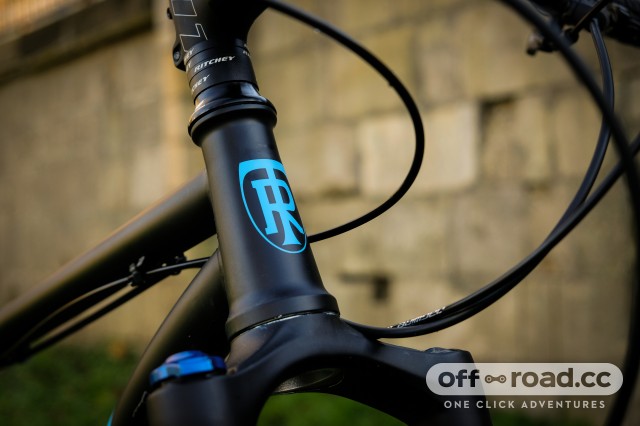 It’s a highly desirable bike but in a low-key way, and you don’t have to look too closely to see that the quality is of the highest order. There are some lovely and some very sensible details. The forged and machined hourglass head tube. An external threaded bottom bracket.  The neatly routed external cable paths, with just the dropper hose disappearing into the seat tube, which will accommodate a front mech if you want it. The rear axle is 148x12 Boost and there are post mount studs. Frame weight for a size large is a claimed 2.57kg. 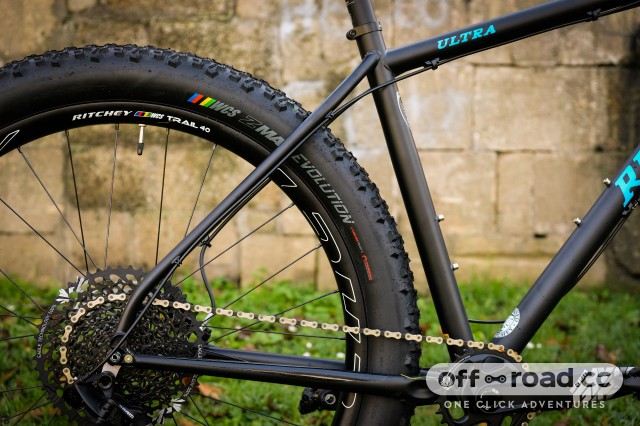 Geometry-wise it’s not as extreme as some long, low and slack hardtails hitting the market at the moment. The size large I rode has a 445mm reach, 1155.3mm wheelbase, 68.5-degree head angle and 73.5-degree seat, 58mm bottom bracket drop and 439mm chainstays. Those numbers are comparable to a fairly typical cross-country hardtail. 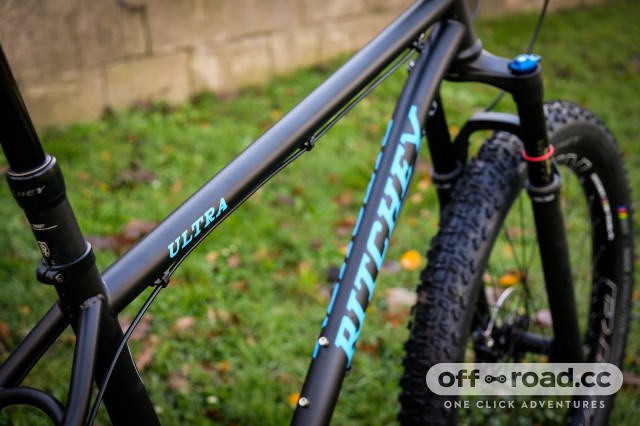 Which might lead you to leap to certain conclusions about how it’s going to ride, which I invariably did. However, it’s a reminder that you shouldn’t always judge a bike by its numbers because the ride and handling demonstrated on the trail revealed a very capable and easy handling bike. I found it to strike a really good balance between agility and stability for long distance rides over varying terrain.

Once I changed the handlebar for a shape I prefer, I found the Ultra to be an absolute blast on the trail. It’s properly quick, with a fast turn of pace helped by the low weight and not hindered by a skinny steel frame. The handling is pretty neutral, making it an easy bike to ride whether you’re pootling along or chasing a manic dog. There’s enough space behind the bars that I never felt cramped, even with a shorter stem fitted I had adequate space to move about. 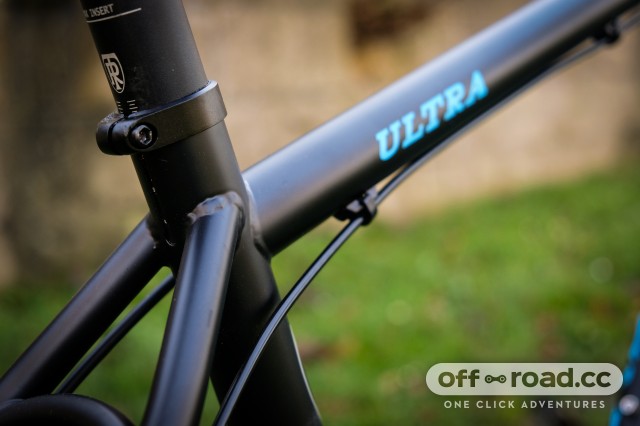 The tyres roll along the trail with abundant pace despite their girthy, there’s no excessive drag on the climbs and they cope reasonably well in the gloop. There’s copious traction to help you scramble up lung-busting climbs. Switching to a 29er wheelset would undoubtedly up the speed but the 2.8s proved so much fun that I wasn’t inclined to change them.

Let’s be clear, it’s no hooligan on the fast and techy stuff so you do need to ride with a touch of poise and composure to get the most out of it. The tyres give you a few get out of jail free cards though, helping to soak up impacts and sharp obstacles. But still, it’s more at home on smooth rolling trails and carving from apex to apex on a sinuous stretch of singletrack than smashing down a steep as you like rooty infested downhill track. 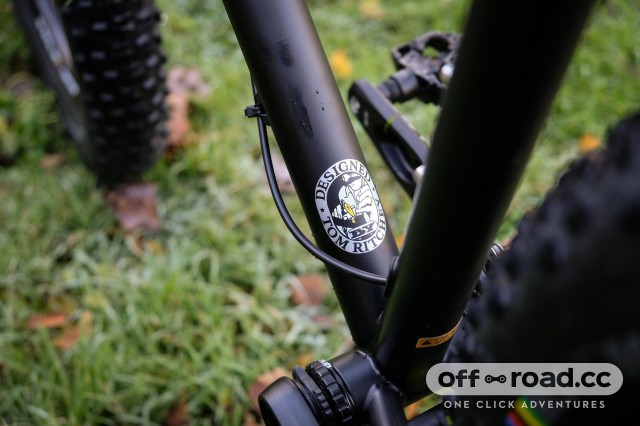 Any concerns the skinny steel frame might be flexy proved unfounded. It feels as stiff as you need it to be ensuring a good response to steering and pedalling inputs, yet it’s not as hard a ride as some undoubtedly stiffer carbon and aluminium hardtails I’ve tested in the past. No doubt the chunky tyres help in the comfort department.

The 120mm travel combined with the 2.8in tyres helps the Ultra to steamroller through rough trails. You usually expect to receive a fair amount of battering from a hardtail but I was pleasantly surprised how nicely the steel frame and big tyres combined to deliver decent comfort. It certainly soaks up rocks and roots more than a regular hardtail on skinnier tyres. 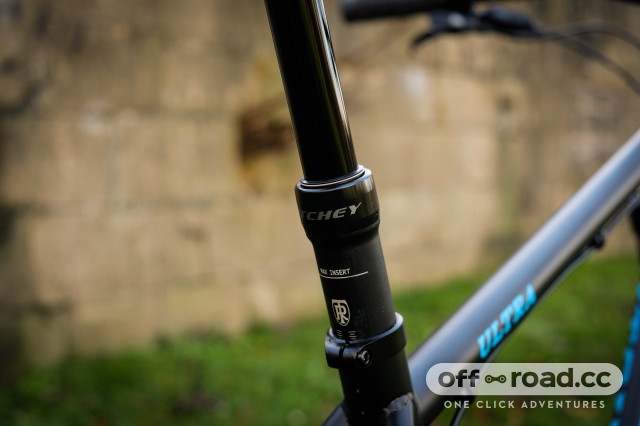 It’s been a while since I’ve ridden Plus tyres but they make really good sense on a hardtail, helping to take out the unwanted feedback and letting you unleash hammer-time on the descents.

Choose your own ingredients

Ritchey deals in framesets, leaving you to build the bike of your dreams, but for the purposes of this test, I was supplied with a fully built bike. It comprised a solid SRAM GX 1x drivetrain with Guide brakes, Ritchey Trail 40 wheels shod with its own WCS Z Max Evolution 2.8in tyres, a full complement of Ritchey finishing kit down to the 125mm dropper post, and finished off with a RockShox Reba 120mm suspension fork. 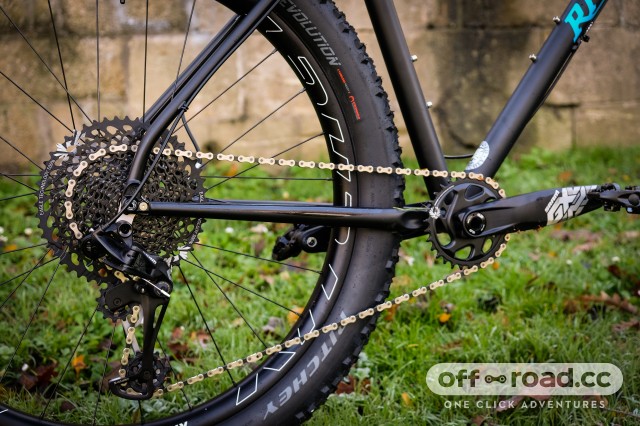 All the kit worked well. The dropper post has a smooth and fast action and instead of the infinite drop has three settings: dropped, extended or 30mm drop. Most of the time it worked just fine except for the few occasions when the saddle would fully extend because I hadn’t pushed it low enough to engage at half height. An infinite adjustment post is easier to use in those moments when you quickly stab at the lever and slam the saddle before dropping into a descent. And while I’m being fussy, I’m no fan of the remote handlebar lever, it just lacks the ergonomics and premium feel of other dropper posts on the market. 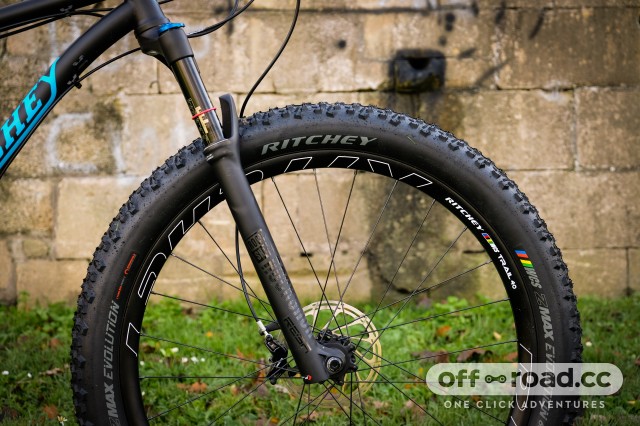 I did found the Z-Max tyres to work remarkably well on my local trails, the rubber compound providing reassuring levels of grip on slippery roots and the shallow tread design only really out of its depth on boggy trails. As with any tyre, but more so plus tyres, you need to geek out on tyre pressure so invest in a digital pressure gauge and be prepared to experiment. The tyres are well supported by the 35mm internal width rims and I didn’t experience any tyre roll or squirm at the lower pressures I was using. 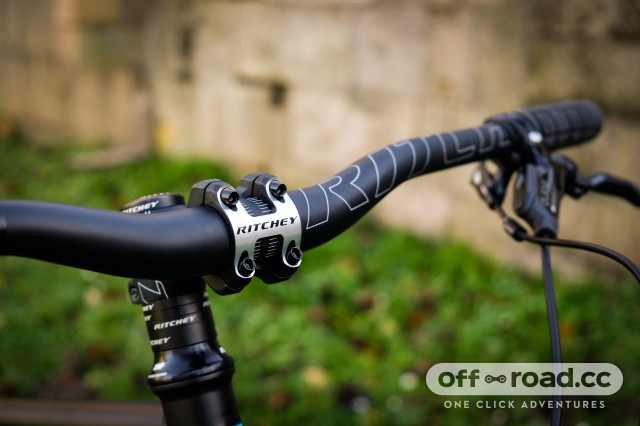 I changed the handlebars and stem - that’s just because I didn’t really get on with the shape of the supplied Ritchey handlebar and wanted a slightly shorter stem. Stem length and handlebar width and shape is such a personal thing, and considering potential customers will be building the frame themselves it’s a given they’ll choose the equipment they know and like.

After having ridden the new Ultra for a couple of months, I’ve grown really really fond of it. It’s just a lovely ride that shines on singletrack, is light and fast enough to dispatch all-day rides at a decent pace, and is playful on all the fun descents. It’ll appeal to XC and trail riders wanting a fast and engaging bike that majors on the fun factor.  Add to that the gorgeous looks and all that history and you have a very compelling choice. There’s space in my garage for it to be a permanent addition for sure. 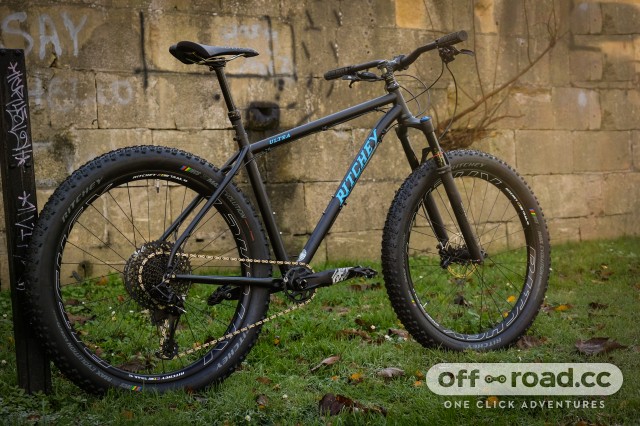 Granted, you can buy a complete bike like the Rose Count Solo 3 I recently tested for the price, and that was a really good bike with a stunning paint job. But let’s be honest, value for money isn’t a factor when you’re eyeing up the Ritchey Ultra as a purchase, there are many more important factors like heritage, frame material, details and looks.

With a nod to the original ultra from 30 years ago, the new ultra welcomes a fresh generation of riders looking for a modern, versatile steel hardtail that caters those of us that like to get rowdy, go big and rip into no-holds-barred shredding If there’s one thing Tom knows, it’s dirt. When he first designed the Ultra he knew it would appeal to riders who demand specific ride characteristics and dirt slaying only he could deliver- and that was in the 1980s! Good design withstands the test of time, and the latest iteration of the Ultra is a prime example. Like its predecessor from 30 years prior, the new Ultra occupies a unique ride space from cross-country riders looking to get rowdy and go big to enduro riders lusting for some all-mountain shredding. Designed around a 120mm travel fork and super stable Boost 148 spacing, most of the fun is in the wheels. Designed to accommodate 29" or 27.5" wheels, the Ultra is highly versatile. Throw on some 29s for some trail-smashing XC riding, or saddle up some 27.5+ for some serious no-holds-barred shredding. The Ultra is a rough and rugged trail master that doesn’t know when to quit.

A beautiful looking steel frame that is beautiful to ride