Skip to main content
Log In Register
Bombtrack Beyond+ 1 review £1,850.00
It excels at adventure and provides old-school fun the rest of the time 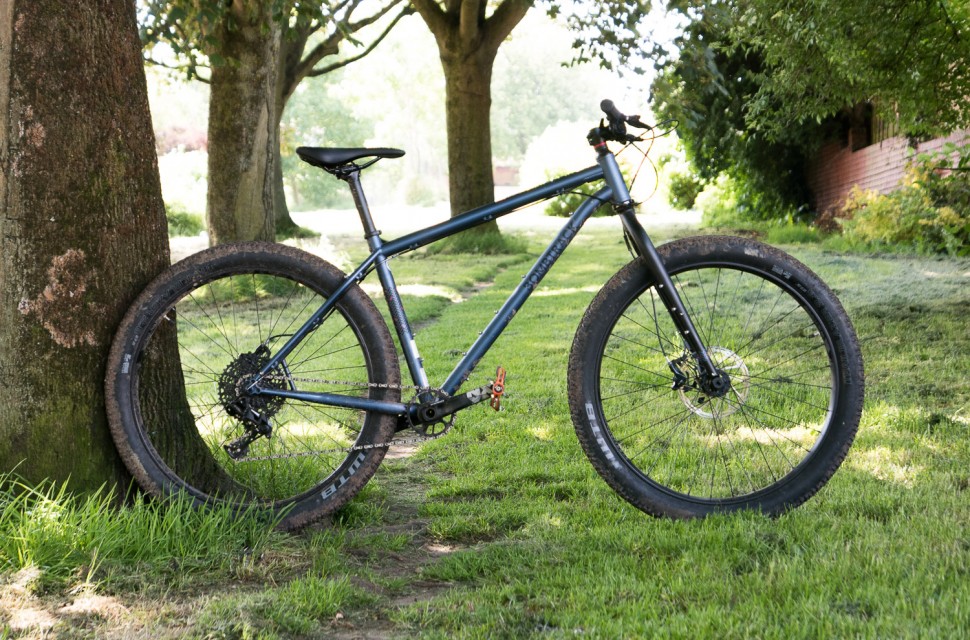 Jon Woodhouse
|
Jun 15 2018
|
Overall
Quality
Performance
Value
What's good?
What's not?
Buy if...
You're a hardcore bikepacker and want a machine that'll be happy on all your adventures

Bombtrack's Beyond+ is a machine made for fully laden exploring, with a steel frame and fork that are covered in mounts and fat 2.8" tyres that take the sting out of the trail. It's certainly competent at that but it's also good fun when you leave the bags at home and just go ride.

It seems that the bikepacking-specific mountain bike is now a thing, and that's exactly the niche this bike it pitched at. To be fair to Bombtrack, their raison d'etre is to make bikes for exploring and adventuring, so it makes sense that when they turn their hands to a mountain bike, it'd be for this sort of thing. The Beyond+ 1 is the most affordable of a three-bike flat-barred mountain lineup, but all share the same 4130 steel frame with 27.5" Plus wheels that's shot through with mounts for everything from racks to guards to many, many bottles. There's also an off-road drop bar version, which has totally unique geometry and rolls on bigger 29" hoops.

While the more expensive machines get a carbon fork, this bike gets a steel item that happily still has a proper 15mm through axle and tapered steerer - and yet more mounts. There's oodles of mud clearance at either end, even with the chunky 2.8" WTB tyres fitted on the broad WTB Scraper rims and it's nicely made and finished, with an understated paintjob and there's even routing for an internal dropper post, should you want to get rad on your adventures as well. 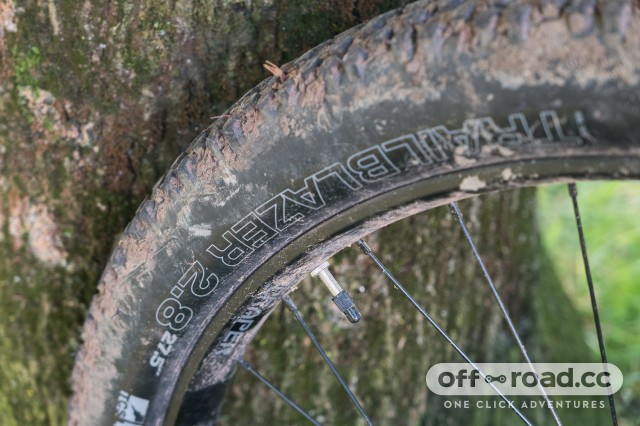 The bike is mostly kitted out with Bombtrack's own-brand finishing kit, which seems like decent, functional stuff. There's a relatively dinky (for this kind of bike)  55mm stem and the flat bars are wide enough at 720mm to give control without leaving you feeling too crucified on a long day, though you might want a.bit more width if you intend to really try wrestling the bike around. The 'Origin' saddle is a good shape and has decent padding too, though I imagine anyone taking this on a serious trip will want to spec their own, regardless. 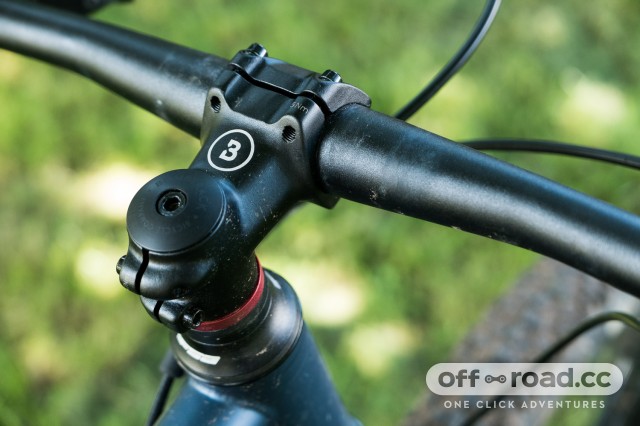 The stop and go stuff is all from SRAM's stable, with basic but functional Level TL brakes offering good power and feel. It's nice to see a 180mm rotor up front, as trying to stop a fully loaded bike takes a fair bit more grunt than you'd usually want on a fully rigid machine. SRAM's 11spd NX drivetrain has a broad rear cassette range at 11-42T and even when the bike was covered in bags, I found it was pretty easy going uphill thanks to the relatively small 30T chainring. 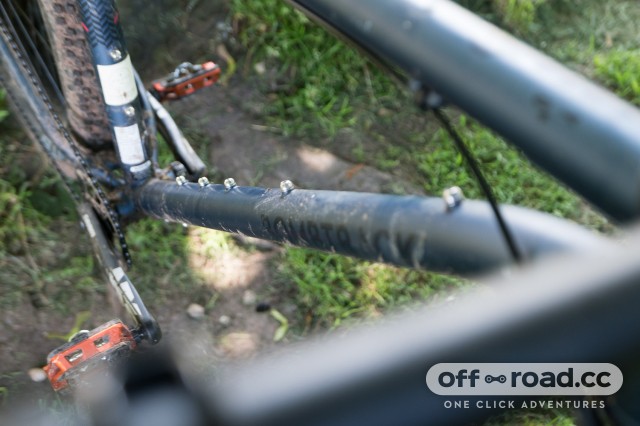 It's probably fair to say that, all with most 'adventure' bikes, the Beyond+ will probably spend most of its life doing the slightly more mundane but no less enjoyable work of being hacked around a trail centre or local trails. It's just as well that the handling is still pretty sweet for doing just that. With 435mm of reach for a large frame and a 69.5º head angle paired to a 72.5º seat angle, it's not going to be bothering the new school of trail hardtails when it comes to getting rad up or down steeper trails but then again the lack of suspension should really be hint enough. Keep it on flowing singletrack where you can main momentum and it's an involving, fun ride within the limitations of a fully rigid bike - or because of them. 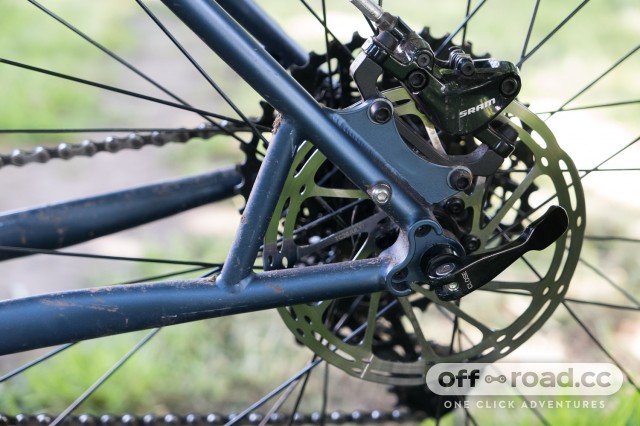 It definitely has a feel of an old-school mountain bike about it, blessedly with improved brakes, gearing and much more grip from the fat tyres. The extra cushioning from the tyres is helped by a frame and fork that feel lively rather than leaden, though vibration white finger will be your constant companion should you try and up the ante on rougher surfaces. The rather slender grips don't help here - I usually love this design, but a bit more padding would be welcome in this application. 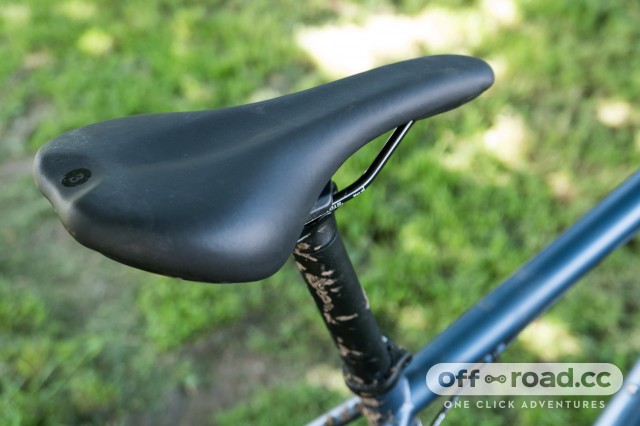 The tyres are decent as all-rounders for hardpack and dirt, though you'll be taking your life in your hands in wet mud or rocks. After an admittedly rocky and heavily laden bikepacking trip, they weren't looking quite as true as when I started, which I suspect is down to the build, not the strength of the rims. While I'm moaning about the wheelset, the front hub also uses end caps held in place rather weakly by rubber o-rings, which leads to them frequently falling out when you remove the wheel. That's a pain in a car park, but you'll need some next level bushcraft skills to replace one should you lose it out in the wilderness. 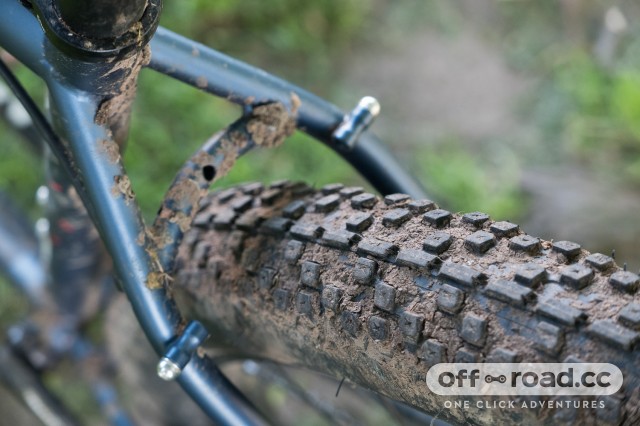 At 14.2kg, it's not particularly lightweight but that's not an issue if you're going to shove many more kilos of kit onto it and the gearing is adapted to cope. It certainly feels nice and robust even when you're being rattled to bits and it's not so heavy that it becomes really hard going elsewhere. At £1,850 it's not cheap either, but the quality of manufacture and attention to detail does back that up to some degree. 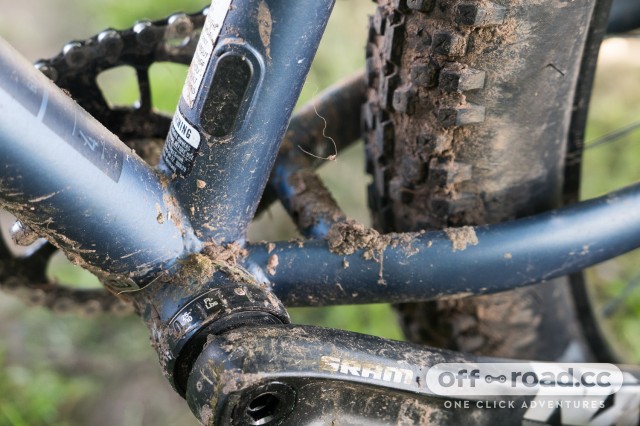 All in all, the Beyond+ 1 excels at its main task of being a competent and comfortable adventuring machine when fully laden, but also manages to provide old-school fun when it isn't. If you're looking for a flat out trail slayer, it shouldn't be your first port of call but if you enjoy finessing a machine through techier terrain then it's still entertaining and it's really good fun on flatter, flowing terrain.

Could I have this as my only bike? Probably not, as it's just too specific to the task at hand, but if you're seriously into bikepacking or just want a minimalist machine to keep you on your toes, you could do a lot worse than this.