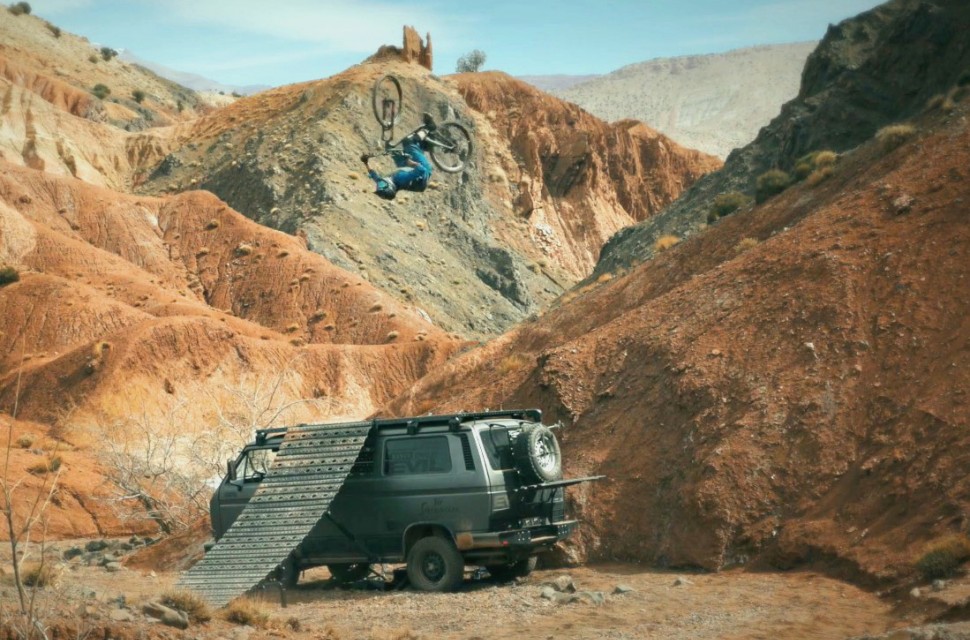 What do you do when you live the van life and keep spotting landings and walls you want to ride, but that just need a kicker to get you up there? German pro rider Robert Heran built a ramp that uses his VW Syncro van as its upright so he can literally take off whenever he sees a promising spot.

Heran documents his travels in a video series called The Synchronicles and spoke to GrindTV about how the van/ramp came to be, and his nomadic life.

Robert says he first had the idea when he was 17. “Anytime I travel through places I’m always looking at landscapes and imagining ‘that could be a landing’or ‘that could be a rideable line’ and sometimes all that’s missing is a ramp.”

But he didn’t just build a portable ramp that had no other function. “What I decided on was using the ramp as a roof deck of sorts for the rest of the van,” he says.

That means the van has a roof platform that’s the perfect place to, er, pitch a tent. 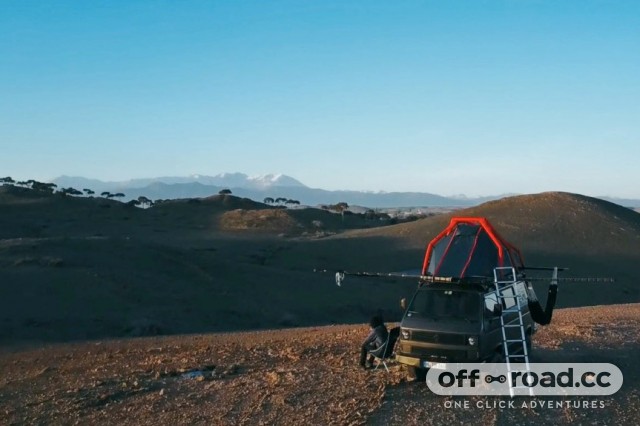 Robert says: “Obviously, mountain biking is more fun with friends, so I also installed rear racks that can fit three bikes and I built a custom roof tent that can sleep two or three people. So, with the bed and the roof tent combined, I can sleep with five people in the van and carry five bikes.”

The ramp made its successful debut on a road trrip to Morocco in February. “The first time I took it out to test, some people thought it was a bit of a risk, but I was sure it would work,” Robert says.

“Honestly, my favourite part of it all is the fact that the van is part of the jump. It uses the van for support and its super stable.”

And you can use it anywhere. “It’s not like building a course where you need permits and machinery. Having a ramp I can hit wall rides, I can play with whatever nature is offering.”

Robert plans to take the van out to North America in July and find places to set up the ramp in British Columbia, Utah and California, and then head down to South America.

Even though these days i tend to keep both wheels on the ground, i still want one.