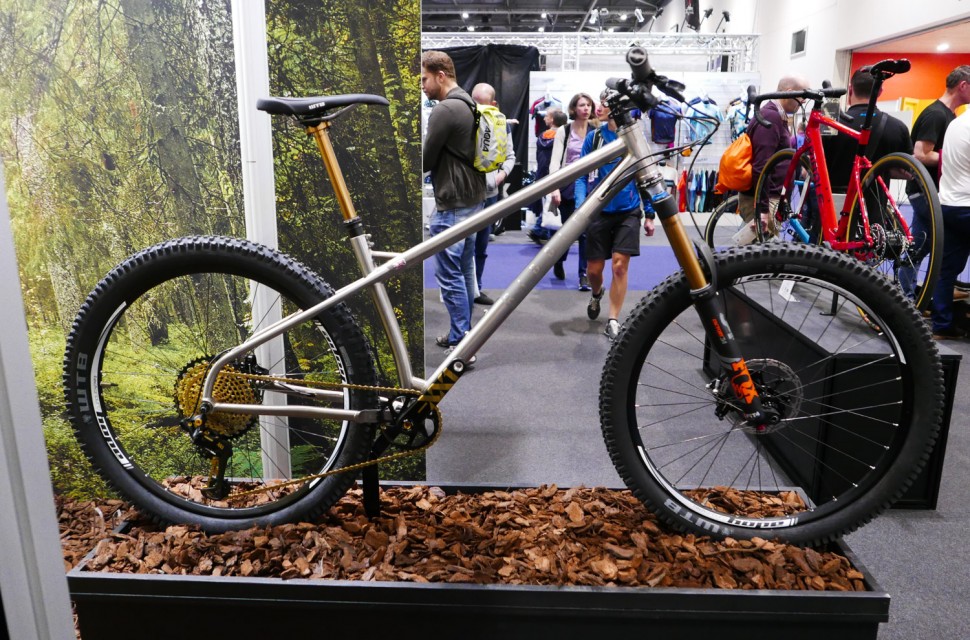 Ribble, the Northern direct sales bike brand, has been a regular choice for many road riders when it comes to getting their hands on high-value drop bar bikes, but their new titanium-framed trail hardtail shows that they're eyeing up the mountain bike market too.

As the name suggests, Ribble is based up in the Lancashire valley that it takes the name from and it's been a stalwart of steady away steel touring and Audax machines for many years before moving into more exciting road, cyclocross and gravel fare in recent years. However, the brand is making a big move with the launch of its first mountain bike; a titanium framed fat tyre machine with progressive angles. 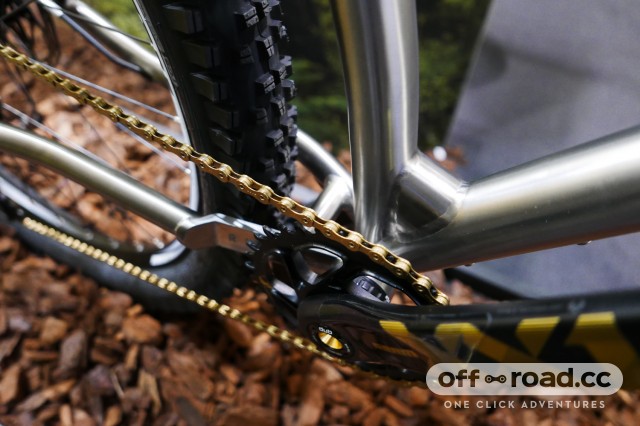 Though unnamed and unpriced as yet, the bike gets a 150mm travel fork up front and 650b wheels that can take tyres up to a plump 2.6" in size. There's Boost hub spacing, with a shapely rear end that mirrors that seen on their drop barred Adventure range of bikes. 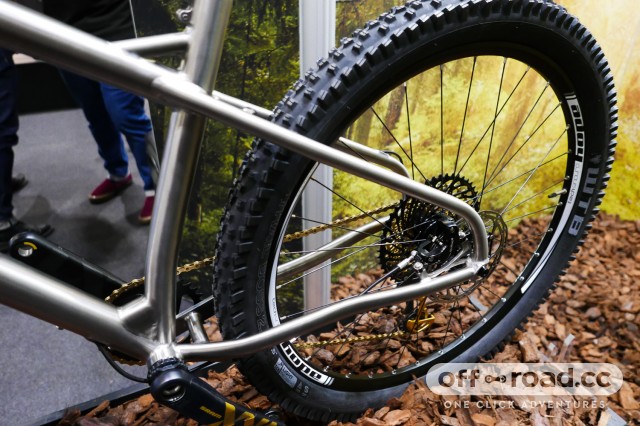 The bike pictured is a medium/16" frame that gets 430mm chainstays and a 74º seat angle paired to a 64º head angle. The seat tube has routing for an internal dropper and the low-slung shape allows for a big old 175mm drop Fox post on this bike. While 2.6" tyres are the fattest you can fit in there, it'll happily run with skinnier items, though anyone with Plus sized dreams will be left wanting as there's not much clearance to squeeze those in. 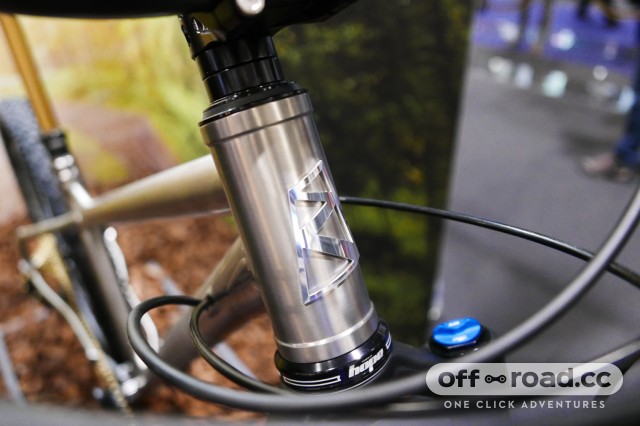 There are some rather nice touches on this bike, with a Ribble logo headtube badge mirrored by a seatstay bridge at the back. 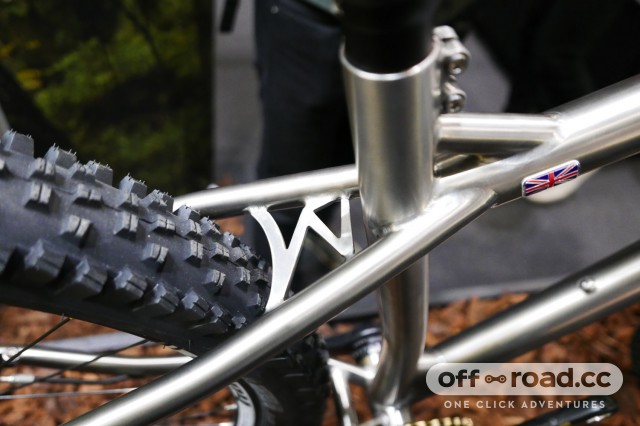 While going for a titanium frame might seem a touch odd for a brand best known for delivering serious value machine might seem odd, Ribble reckons that the material offers such good properties for a hardtail trail bike that they couldn't resist the opportunity, though a more affordable Reynolds 725 steel option is likely to follow, with a price mooted to be in the £1,500 range, depending on spec.

If that's still a bit too rich for your blood, then an even more affordable aluminium framed option is also a possibility, though Ribble was keen to say it's at nothing more than a discussion at the moment.