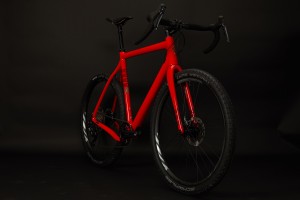 Fresh from this weekend's racing at the Irish round of the Enduro World Series, Ibis Cycles dropped us an email doing some light teasing - and a bit of bragging - about the all new Ibis Mojo HD4 that's set to be released very soon. [UPDATE - we now have full details, read on!]

The Ibis Cycles Enduro team were riding the new bike at the last EWS round in Madeira, but in unpainted secret squirrel guise, while at the last round in Ireland they were riding properly painted production spec machines. 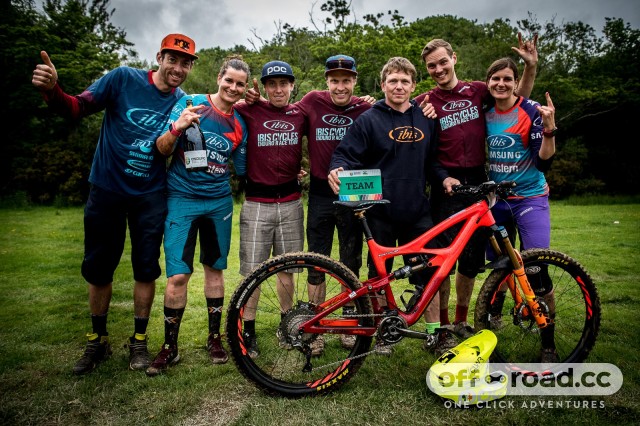 Yup, the modern enduro bike incantation of 'longer, lower, slacker' has definitely been invoked over the new HD4. The head angle has gone down to 64.9º from the old bike, which sported a relatively steep 66.6º. Reach is also up significantly across the board, with a small frame now 4mm longer and the extra-large now a total 34mm longer. The old bike was only 431mm in a large while the HD4 is now 455mm, which is much more in line with more modern machines. Bottom bracket height is down a smidge to 343mm/12mm drop with 2.3" Maxxis Minions fitted, while the chainstay length has remained exactly the same at 430mm.

The seat angle is also steeper, moving from a very relaxed 72.6º to a much steeper 74º, helping push rider weight much further forward when sat. That'll certainly help make the most of the longer reach on steep climbs. The bike is also designed to be used with longer, 150mm and longer travel dropper posts, with increased standover.

The old HD3 had 150mm of rear wheel travel paired with a fork with 160mm and the HD4 is pretty much the same, with 153mm of rear wheel squidge paired to a 160mm fork, though it's possible to run a 170mm item if you need a little more travel. As ever, it uses the multi-link DW Link system but it's now much more progressive thanks to the shock mount on the frame being positioned much lower down.

Newly arrived Norwegian team rider Zakarias Blom Johansen is quoted as saying: "The progression in the shock’s spring curve makes a big difference when you're hitting the big compressions, while the small bump sensitivity is still there. This bike gives the rider confidence!".

Ibis also claims that the upper and lower links are now much stiffer, by 30% and 40% respectively, while overall frame stiffness has been increased thanks to a refined carbon layup.

All the way to Plus rubber...

Ibis has been ahead of the curve when it comes to wider rims, having offered them on their bikes for a number of years and the old HD3 could happily run 2.8" Plus rubber as well as skinnier tyres on 27.5" wheels, a theme the new bike continues.

It's undoubtedly designed to work well with the newer trend of 30-35mm wide 27.5" rims paired to 2.6" tyres allows big volume rubber that can be much tougher for the same weight, as we imagine the team riders will be running that rather than a full Plus setup. 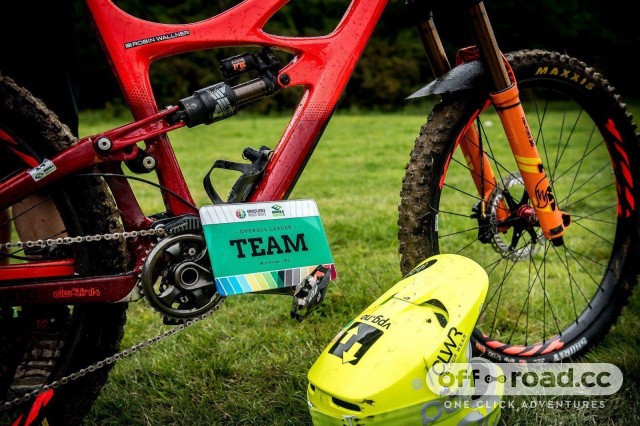 We're currently waiting on UK pricing and which build kits will be available in the UK, but a frame and shock will set you back $2999 in the US, so expect a similar amount in British Pounds. Excitingly, the Ibis Cycles website doesn't tell you what that standard shock is, though the picture shows what looks suspiciously like an updated but unreleased Fox Float X. A Float X2 is available for a surcharge, while drivetrain options are SRAM NX, Shimano Deore XT 1x, plus SRAM X01 and XX1 Eagle 12spd. 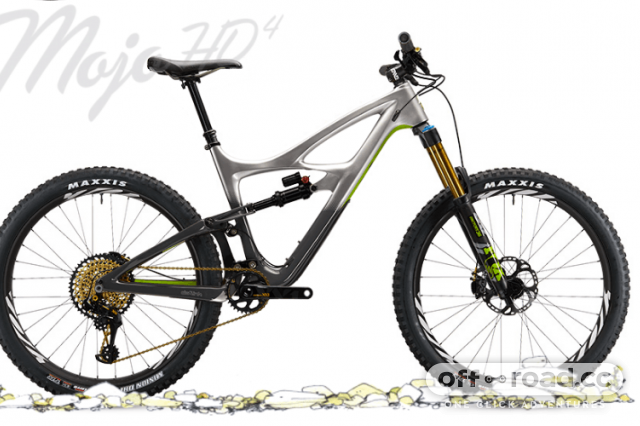 Is that a new Fox Float X rear shock hidden away there?

You can pick from unnamed 'standard rims' or Ibis' house wheelsets in aluminium or carbon fibre too.

We'll update with UK prices when we get them!

11 things you should do as soon as you get a new bike
New whip? Here's the rules...
Review