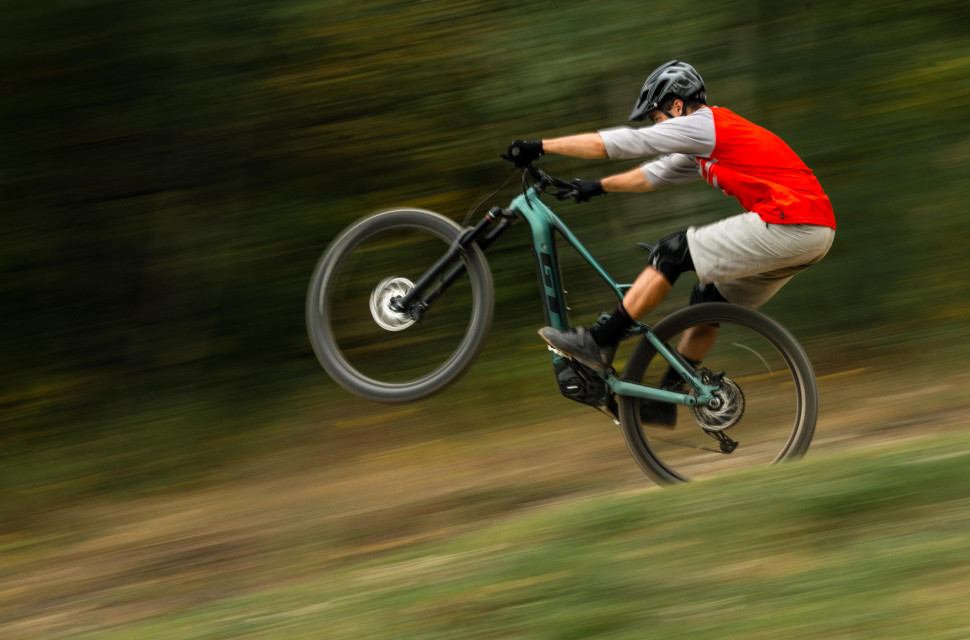 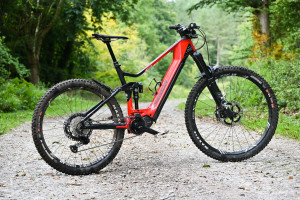 New GT Sanction enduro bike spotted at Chile EWS
Well, we think it's a Sanction at any rate...

GT has added two brand new e-bikes to the line, the Force GT-E and Pantera GT-E. With these two new models, the brand promises the same ride quality to their counterparts but powered by Shimano's STePS motor with a down tube integrated battery. 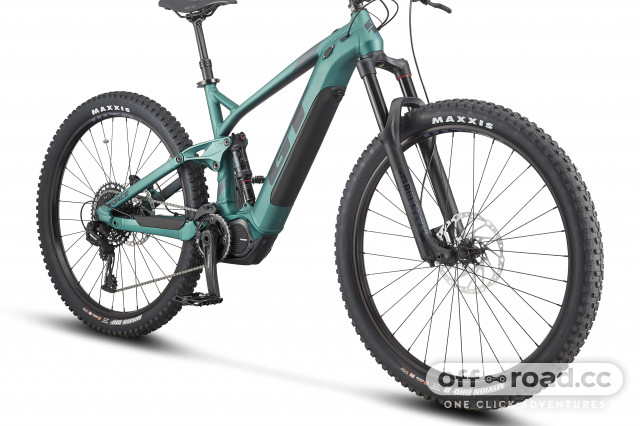 The Force GT-E is GTs full suspension trail/enduro 29er equipped with 150mm of front and rear travel provided by a RockShox Super Deluxe shock and a Gold Debonair on the 'Amp' model. The fork is plugged into 65-degree head angle with a 475mm reach for extra downhill confidence. 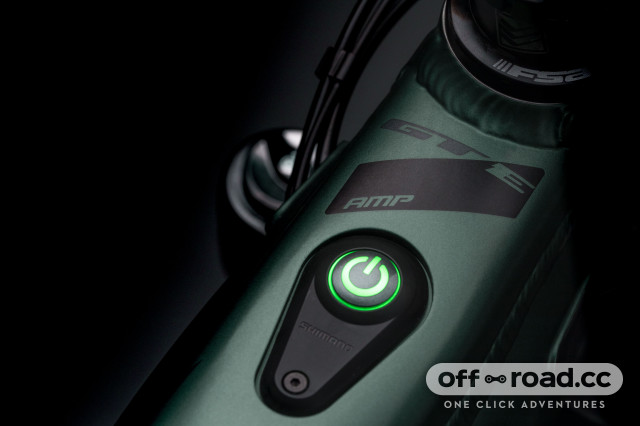 To scrub the speed, the Force GT-E is fitted with Shimano's MT420 four-piston brakes paired with 203mm rotors for maximum stopping power. The bike is also fitted with WTB rims shod with a Maxxis Minion DHF up front in its 3c, EXO 2.6 guise and a DHR II with the same compound and casing.

The cheaper 'Current' model gets its suspension from SR Suntour. 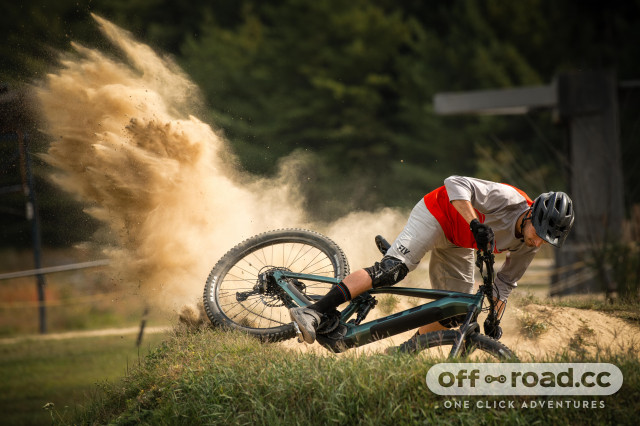 For when the trail starts pointing upwards, the brand has given the frame longer 455mm chainstays and a sorted 76 degree seat tube angle for a more centered riding position. 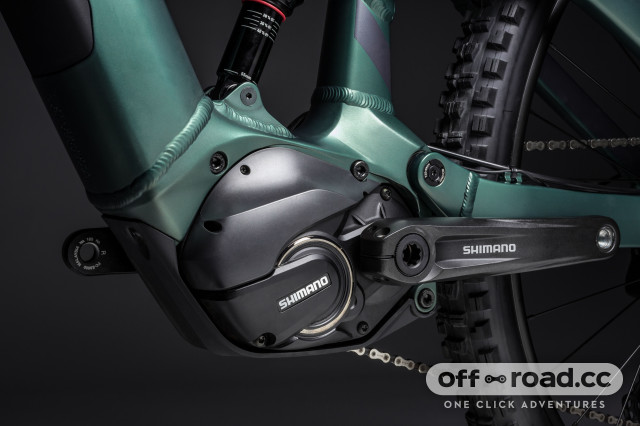 GT has optimized the four-bar LTS suspension platform especially for the Force GT-E with more aggressive kinematics, new anti-squat, and anti-rise figures to accommodate for the ways e-bikes are ridden. 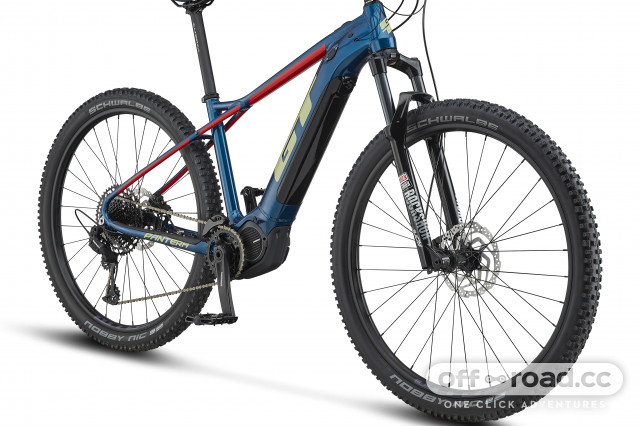 The Pantera GT-E is GTs hardtail offering, also equipped with a Shimano STePs motor and the down tube integrated battery as seen on the Force GT-E. Using a new Triple Triangle design, the frame features floating stays for added compliance, which amounts to a more comfortable ride. Like the Force GT-E, it also rolls on 29 inch wheels.

It's aimed towards newer riders or those who are looking for a hard going hardtail. 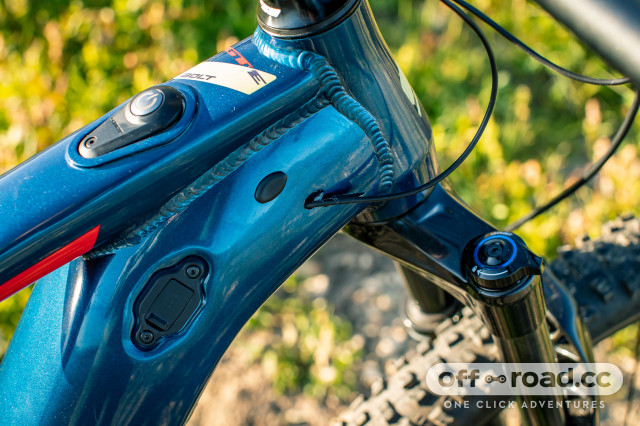 The range topping Bolt model comes with a Rockshox Judy Silver providing 120mm of squish. The cheaper Dash model uses an SR Suntour unit with 100mm of travel. The head tube sits at 68.5 degrees with a 446 reach.

The 29er WTB STX wheels are wrapped in WTB Breakout tyres 2.3 tyres. Stopping the speed are a set of Shimano MT200s mated with 180mm rotors. 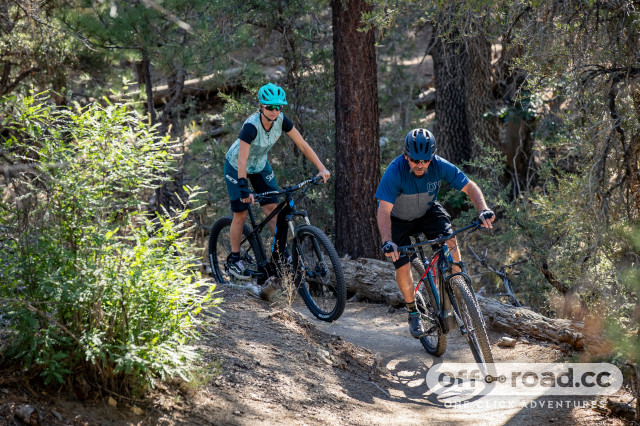 Both bikes come in four sizes from S up to XL.

Prices for the Force GT-E start at £3,600 for the SR Suntour equipped Current model and up to £4,200 for the top of the range Amp build.