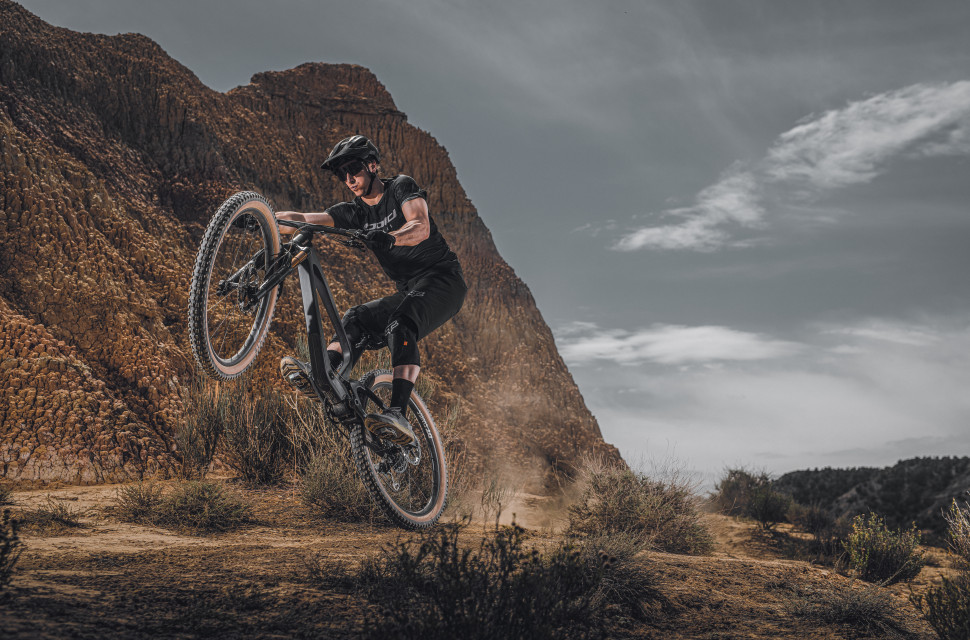 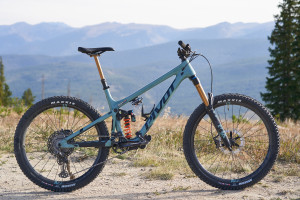 BOLD CYCLES has just released its brand new bike, the LINKIN, and if its internally mounted shock wasn't crazy enough, it gets a super progressive geometry and the ability to switch from 135mm of travel up to 150mm with the change of a link. That's not all as it comes with a tonne of on-bike storage and a flip chip. Here's everything you need to know.

We'll start off with the elephant in the room, and that's BOLD's Internal Suspension Technology (IST for short). You'll have seen it on bikes such as the recent Scott Spark but BOLD is the one to do it first. 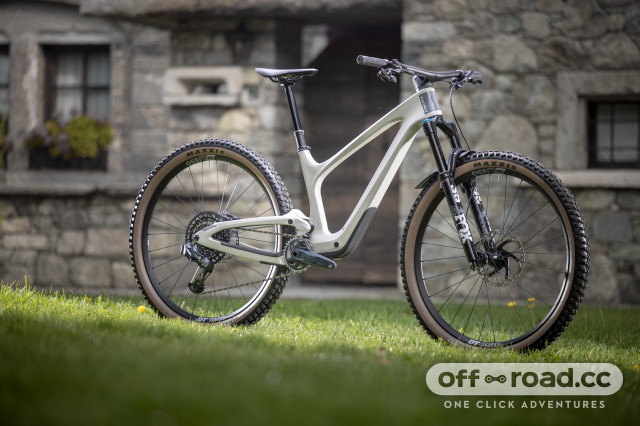 Unlike BOLD's previous bikes and the Spark, the LINKIN's shock mounted horizontally to keep its weight as low slung as possible. Of course, having this shock wrapped in a house of carbon fibre is said to up the stiffness but it's also claimed to extend the service life of the shock as it's that well protected from dirt.

With the IST, there's a Virtual Pivot. BOLD has been able to create the LINKIN with a super small, lightweight and stiff linkage. It's mounted directly to the shock and mounted to an axle within the frame. This means that the suspension pivots don't need to be constructed around the frame, making the link shorter than any other suspension platform, says the brand.

BOLD also says that the Virtual Pivot linkage design improved the suspension feel, pedalling and braking response to work with maximum efficiency. BOLD has built the bike to offer supple small bump sensitivity, great traction and support in the midstroke. 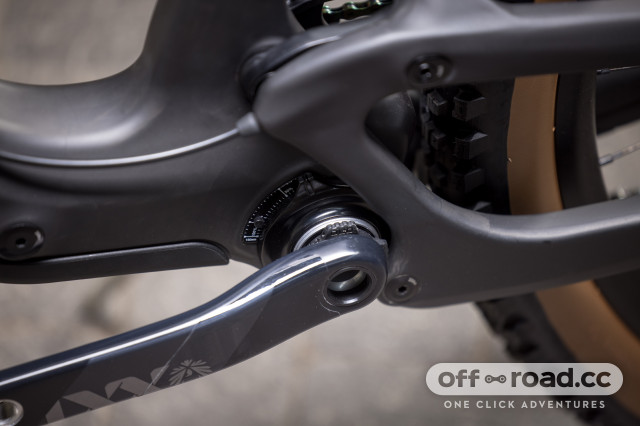 With the shock well hidden within the frame, you would be forgiven for wondering how you would set the sag. BOLD has that covered with a magnet equipped travel indicator on the outside of the frame. The brand has also built the bike so you can easily view the end stroke travel so you can monitor the shock's bottom out.

As for adjusting the shock, it's accessible via an opening in the downtube and all of the shock bolts can be gotten to from outside of the bike. 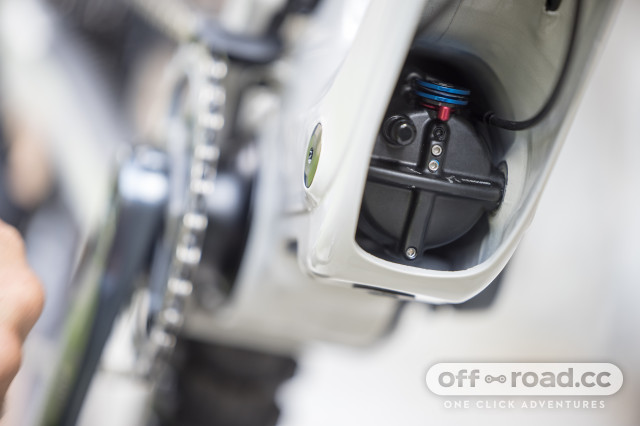 The LINKIN comes built with either a Fox Nude 5T or RockShox Deluxe shock offering either 150mm or 135mm of travel which can be used in combination with TracLoc Suspension System. If you're looking to swap the travel figures, that can be done by replacing the inner linkage at the bottom bracket, essentially offering two bikes in one.

So, I've just touched on TracLoc without saying what it actually is. TracLoc manages the shock's sag, allowing riders to change the compression damping and the spring curve, dynamically altering the geometry of the bike, says BOLD. Flick the switch to traction mode and the shock firms up and effectively offers less travel. The bike is said to sit higher to maintain a steeper seat tube angle and become more agile. In addition, there's a third mode that offers a full lockout for the toughest of climbs. 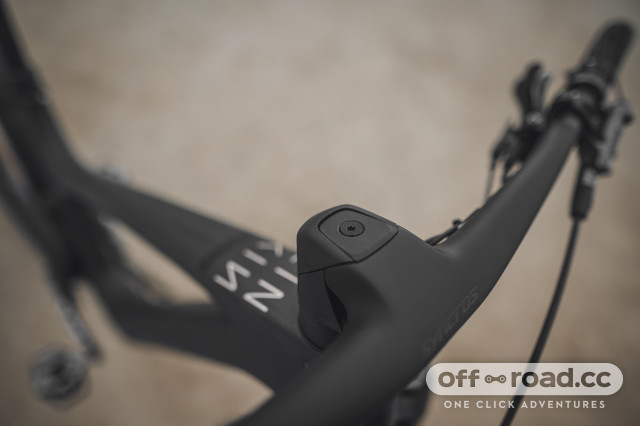 The geometry adjustment doesn't stop there as the LINKIN comes with BOLD's Variotech flip chip and head angle adjust. The former offers 6.3mm of difference at the bottom bracket height. Then, by rotating the headset cup by 180°, the head angle can be slackened by a full degree.

Moving more onto the frame itself, of course, it's constructed from carbon fibre and there's loads of room in the front triangle for a bottle cage while maintaining torsionally stiff and apparently lightweight. 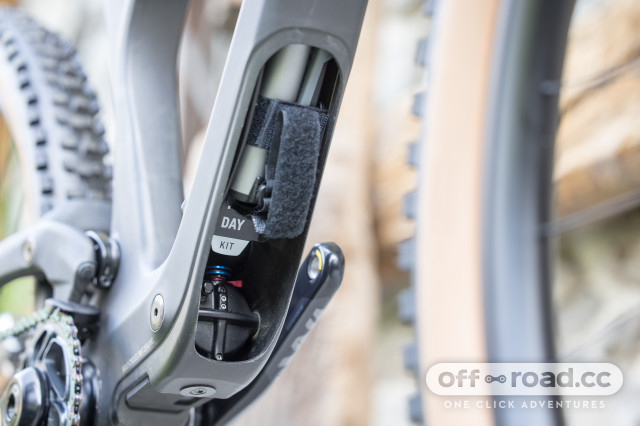 A very cool feature that comes built into the LINKIN's frame is a 'save the day' kit. Contained within the frame, it comes with a pump, a spare tube, tyre levers and a spot to keep a quick link to save your day. Around the bottom bracket, there's also a SyncrosMATCHBOX SL-CT Multi-Tool.

BOLD hasn't stopped there with the tools, the rear axle's lever can be pulled out to unveil a T25, a T30 and a 6mm Allen key. So out of the box, this bike is ready to repair itself. 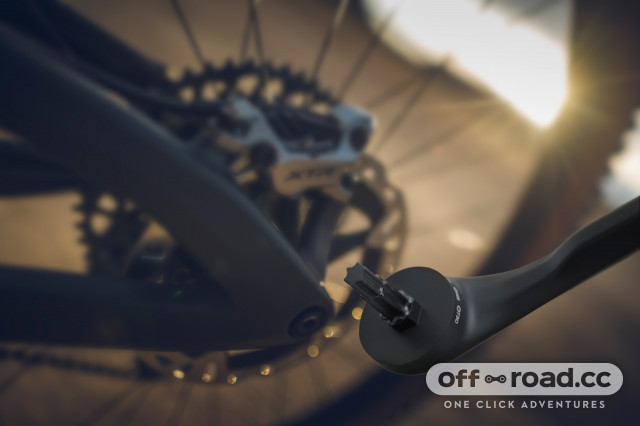 Thanks to the totally uninterrupted seat tube, the LINKIN can be kitted with a 200mm travel dropper post, slammed to the collar, offering a tonne of dropper post travel options. 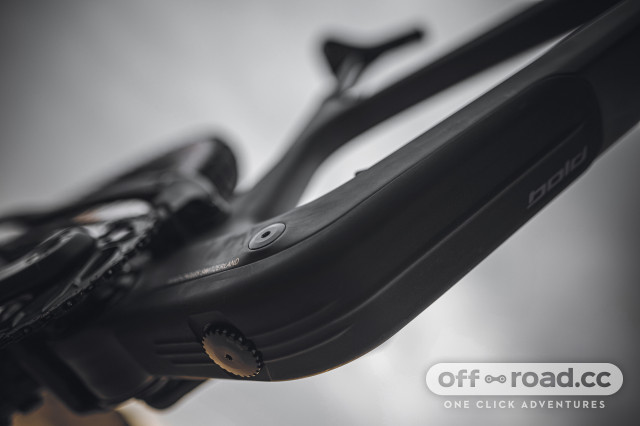 There are four bikes in the LINKIN lineup, with two being built with 150mm of travel and two with 135mm. The LINKIN 150 Ultimate gets a Fox 36 Factory GRIP2 fork, SRAM XX1 Eagle AXS groupset with Shimano XTR four-pot brakes and a DT Swiss XMC 1501 Spline CL wheelset.

The 150 Pro gets an Öhlins RXF36 m.2 fork with a Fox Nude 5T EVOL shock. Then, there's a Shimano XT drivetrain with four-pot brakes and a Syncros Revelstoke wheelset.

As for the LINKIN 135, the Ultimate comes with a Fox 36 Performance Elite fork with a Fox Nude 5T EVOL shock. There's a SRAM GX drivetrain with Shimano XT four-pot brakes. This one comes rolling on a pair of DT Swiss XM 1850 wheels. 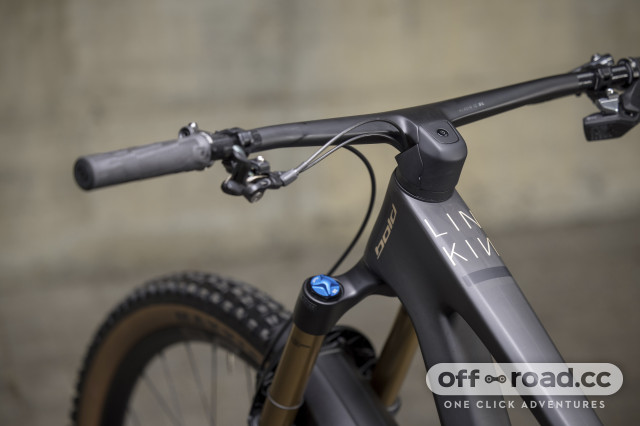 Rounding off the range is the LINKIN 135 Pro that comes sorted with a RockShox Pike Select RC and a RockShox Deluxe Select RC3 shock. It's driven by a SRAM GX Eagle 12-speed drivetrain and stopped by a Shimano SLX four-pot pair of brakes. The bike also gets some Syncros Revelstoke wheels.

With the full builds, there is a couple of frame only options available with or without a shock and with a Syncros dropper post and Syncros Hixon iC bar.