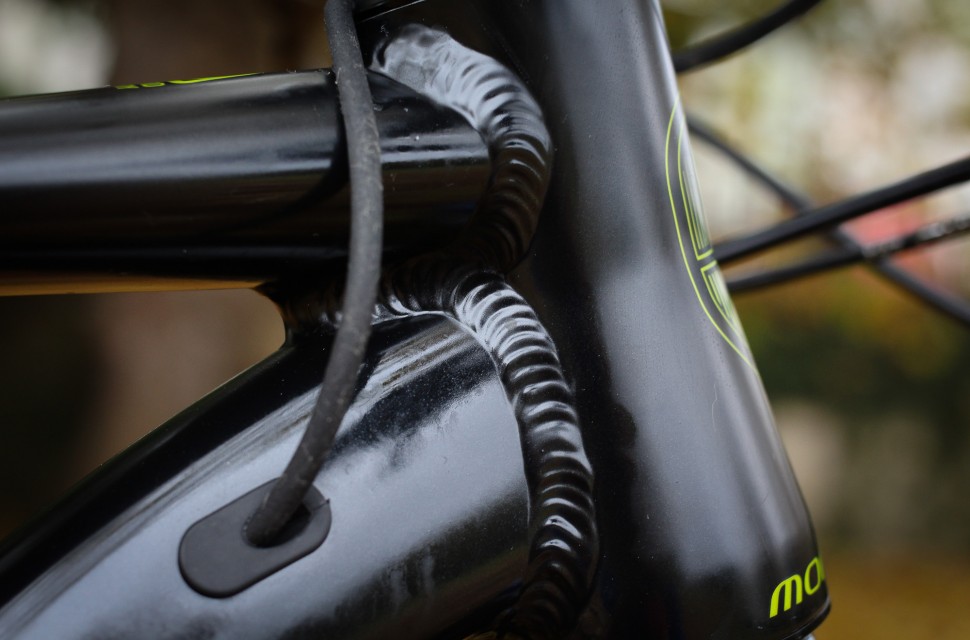 An aluminium bike frame that's as strong and light as carbon fibre? That's now closer to a possibility according to an article in the respected journal Nature. A team has managed to weld a super lightweight and extremely strong form of aluminium alloy previously considered unweldable, opening up a new avenue of bicycle frame development.

While 7075 aluminium alloy isn't anything new - it's been used in the aerospace industry since the 1940s and is commonly used for machined and forged components, it's notoriously difficult to arc weld, with a habit of forming cracks along any joins. That means it's pretty much unusable for tubed bicycle frame construction, as they're traditionally made with long, complex welds.

However, the team from UCLA had managed to make tough welds in the material using conventional Gas Tungsten Arc Welding (GTAW or TIG to most) techniques, which means a fast, cheap and reliable way to stick together sheets or tubes of the alloy. While there had been developments in using friction stir welding to join 7075, this simply isn't feasible for small, complex shapes.

They achieved this by infusing their welding filler rods with titanium carbide nanoparticles, which allow the mixture of aluminium, copper, magnesium and zinc the alloy is made of to flow more evenly and form strong grains that are resistant to cracking. Post welding analysis showed that the material in the joins was pretty much the same composition as the alloy itself, which is a good thing.

All this trickery meant that bars of this super strong alloy now had a post-weld join strength of 96% of the pure materials ultimate yield strength after heat treatment; an impressive 551 MPa. That means that the specific strength - the strength of a material divided by its density; essentially it's strength to weight ratio - is around 204kYuri compared to 71-85kYuri for a 4130 steel, though there's still some way to go before carbon composite at 785kYuri.

What it does mean is that there's massive potential for very lightweight but inexpensive  and easy to mass produce aluminium frames on the horizon, which has got to be a good thing...

For more, head to New Atlas or read the full article in Nature.

Given that this interesting piece appears on road.cc, why do we have to obtain an off-road.cc login to comment on it? Why don't logins work seamlessly across all your brands?
Ob road.cc: when this alloy is used in aeroplanes, is it glued or rivetted? Also, can this alloy be hydroformed?

Pirelli launches Cinturato Gravel S - a gravel tyre for wet
Taking its inspiration from the Scorpion S MTB tyre, this tyre has the most off road tread pattern in the range
Review