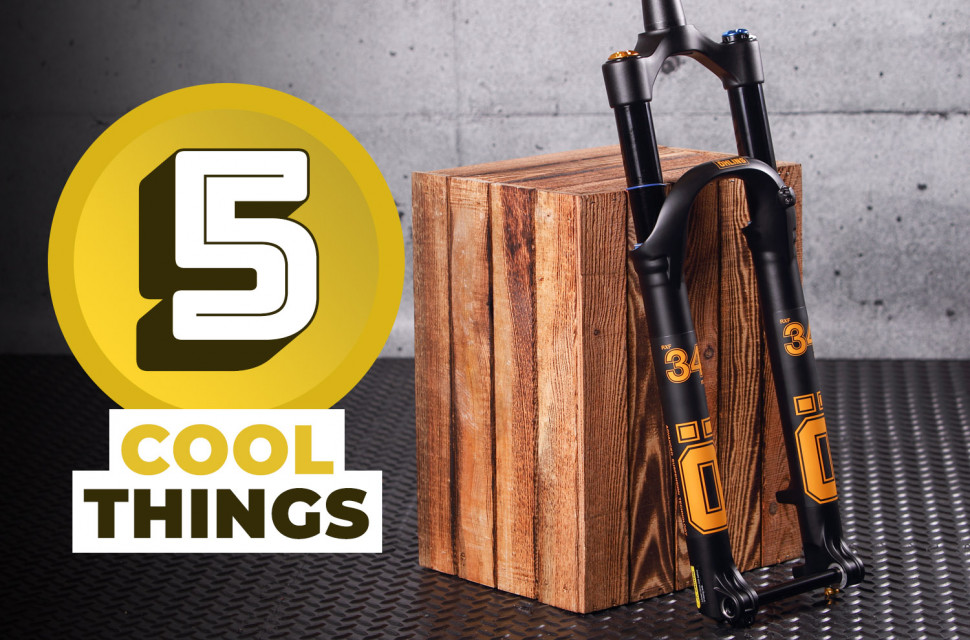 After a very brief hiatus, we're bringing you another five cool things. This week, we've got more suspension goodness from Öhlins and one of Yeti's brand-spanking mountain bikes. That's not all as we've got a range-expanding derailleur cage from Ratio and two wheelsets, one from Hunt and another from Seido. Of course, as always we'll highlight the best stories of the week.

We've teased our big sealant test in many a five cool things and finally, the fruits of Matt's labour are finding their way onto our home page. These reviews have started with a bang too, with Stan's No Tubes Race Tubeless Sealant and the e*thirteen Tire Plasma Tubeless Sealant tests making marks on the site. We've also reviewed 7Mesh's Men's Chilco Anorak featuring the brand's fresh WTV tech and there's the Genetic STV seatpost scoring a respectable 4.5 stars.

As for features, Lance shows you how to ride berms and we tell you everything you need to know about mountain bike frame protection. Suvi has also interviewed a range of industry experts about Women's bicycle saddles and we highlight what beginner mountain bike gear every newbie needs. And, just because it's getting very cold and very wet - here's our video on how to layer up for winter mountain biking. 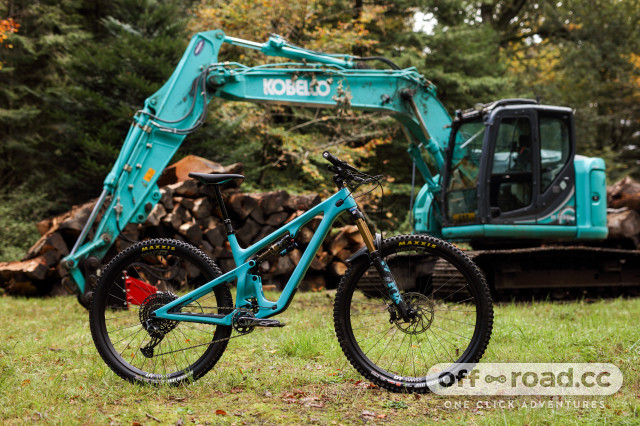 During the past two weeks, Yeti has released three new bikes, all receiving very similar changes. The new Yeti SB140 LR T1 gets an all-new Switch Infinity system with a refined suspension kinematic and its geometry has been tweaked to be a bit more aggressive.

Its frame has seen a bit of a redesign, too, having had the knuckle in front of the bottom bracket raised, and its angle increased to boost clearance. There's new solid tubed internal cable routing too, in a bit to reduce faff, rattle, and cable rub.

We've got the bike in its LR T1 spec, which stands for Lunch Ride, Turq 1. That means that this particular bike benefits from Yeti's highest-end carbon layup and the Lunch Ride build that features a longer travel, 160mm fork, and a host of other burly components. 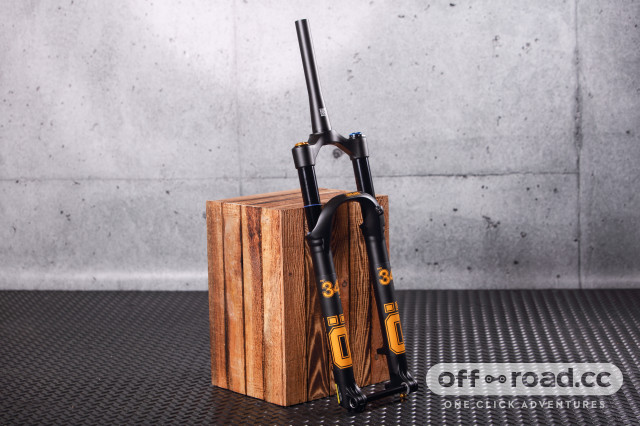 The RXF34 m.2 is a fork designed especially to meet the demands of downcountry riding. It comes in 120 and 130mm travel options and as its name suggests, 34mm stanchions. There's then a 44mm offset, a floating axle to reduce friction and it can take up to a 203mm rotor.

This fork is built around Öhlins' OTX18 damper which is purpose-built for lighter-weight trail bikes, however, it does share a number of compounds found on the TTX18 damper. Although, this one is said to weigh 27% less while being better suited for fast and fluid trail riding. The RXF34 m.2 benefits from 15 clicks of low-speed compression and rebound, as well as three high-speed compression settings. 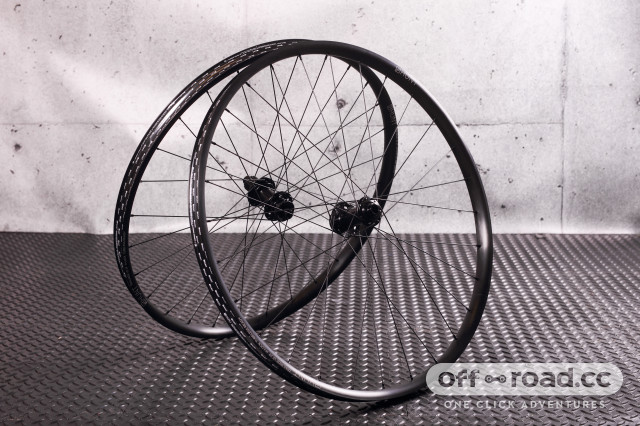 We've wrangled the updated version of Hunt's famed Trail Wide wheels in for testing. It's said that this fresh iteration of the wheelset offers 20% more impact resistance by using what the brand has learned while developing the Enduro Wide V2 wheels.

With that, the Trail Wides get a 30mm internal width with new hubs and spoke configurations while retaining the aesthetic of the old wheels. The rear hub utilises a five-degree RapidEngage freehub while both hubs get large double-sealed cartridge bearings. As for spokes, there are 28 on each wheel and there are 7075-T6 axles for strength and stiffness. This wheelset is claimed to weigh 1,831g. 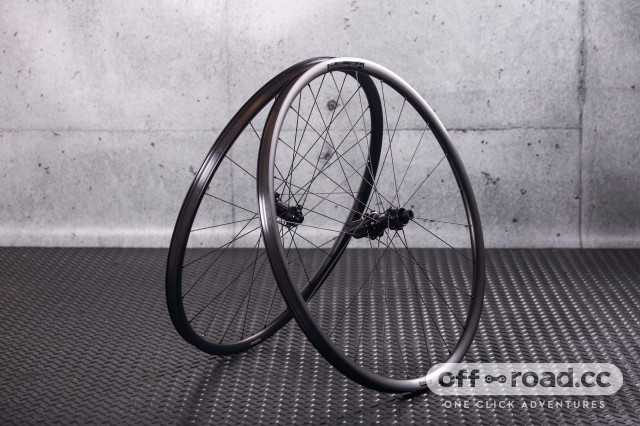 Continuing the round and black theme, we've got the Geon wheelset from a relatively new brand, Seido. These wheels use a ratchet drive system and straight pull spokes to offer the most direct power transfer possible. They're built with 24 spokes each and asymmetric rims with a 23mm internal width.

This gravel-specific wheelset is available in 700c and 650b sizes and is only compatible with disc brakes. It's said that the 700c size weighs 1,613g. 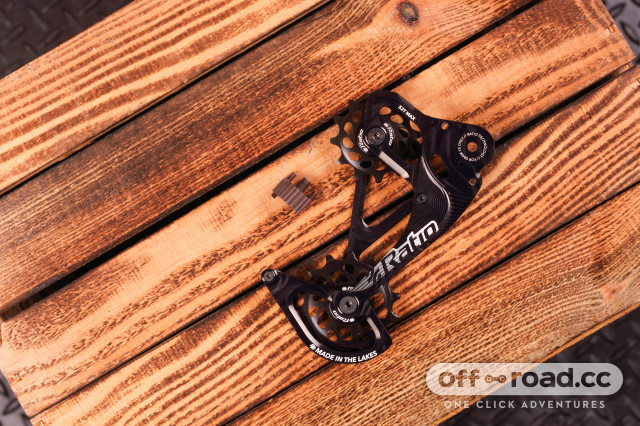 Last but not least is a derailleur cage from Ratio. It's not just any cage though, as this will allow gravel riders running 1x11 drivetrains to upgrade to a full 12-speed setup. This kit comes with everything you need to change your current drivetrain, including the shifter, though you will need a new cassette and a compatible chainring.

This mech cage uses 12T upper and 14T lower jockey wheels for quiet running while the cage itself has been CNC-machined by Ratio out of 7075 aluminium. We're told this weighs just 81g.