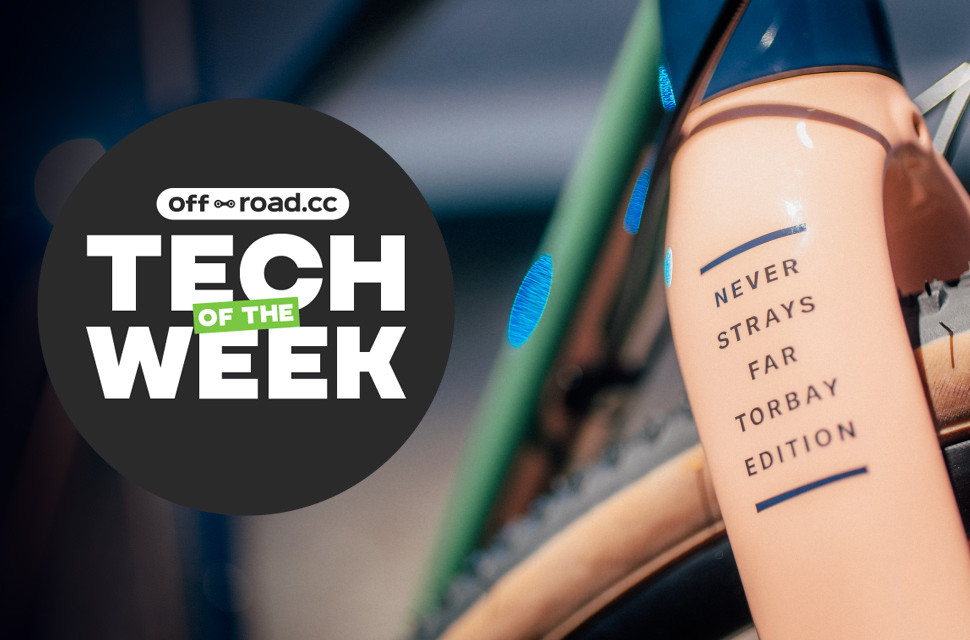 Another exciting week of news in the world of off-road cycling, with Saracen's updated gravity-inspired range, but also Shimano's patent suspension system. Other news is we see a unique collaboration for Cotic and the Black Friday deals you can still grab. 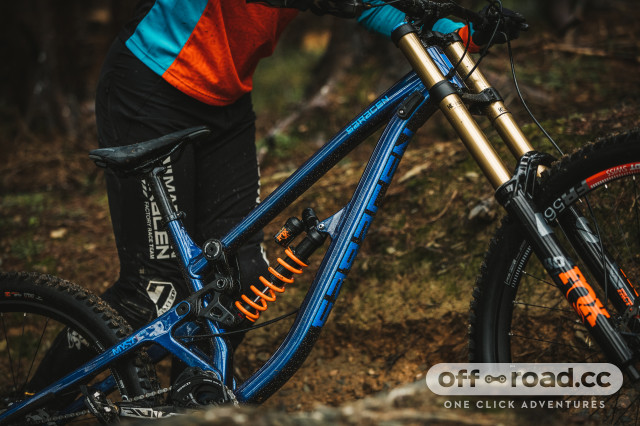 Saracen's gravity range has been revamped with tasty additions and exciting updates to its Myst and Ariel collection. A world cup winning bike leads the Myst pack with three versions of the bike that lead factory rider Matt Walker to the top step. The three models offer either RockShox Boxxer forks, Marzocchi Bomber CR shocks or Fox Factory suspension, depending on which Myst you choose.

With many riders choosing to give their standard wheeled bike a 'mullet' makeover, the Myst is ahead of the game and comes with mixed wheels straight out of the box thanks to the custom linkage to accommodate the smaller wheel on the rear. Updates include a longer reach with 5mm adjustability and an XL size added to accommodate the taller peeps.

Saracen's enduro-specific bike model, Ariel 60, features three updated options for anything from local trail laps to chasing the clock. The mixed-wheel set-up doesn't stop at the Myst but is also seen in the small and medium sizes. If undecided on wheel size, the push link included allows for a wheel change. 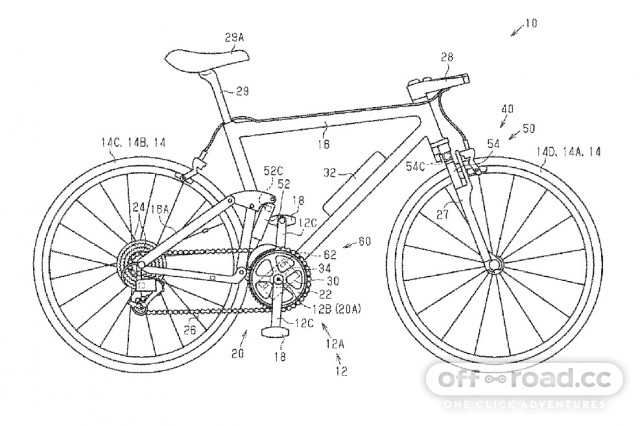 The tech world is constantly progressing to enhance our lives. Whether it's getting smarter, faster, or lighter, technology develops continuously. Smart tech is weaving its way onto our bicycles as we speak. Some may worry that the bike will end up being in control of us, well fear not because the most successful technology involves human interaction. Kinematics has come a long way, becoming progressive over the years, and most recently, suspension can now adjust on its own with direct feedback from the trail.

A few years ago, you may have heard of such impressive technology from Fox with its Live Valve, and a few years later, SRAM's Flight Attendant system revealed its version. Since then, things have gone quiet on that front. Peeping out from the corner, we have discovered plans for Shimano's equivalent. Grabbing data from the wheels, the suspension adjusts automatically with three settings to control the front, rear, or both.

From the images we have, Shimano illustrates how the suspension is adjusted when considering typical riding situations and even where the body would be positioned during different ride stages. Is the rider seated, out of the saddle, or is the wheel gripping or spinning? All of this information is passed onto the system. Clever hey? You can read more about it at the link below.

Not too late for a Black Friday deal 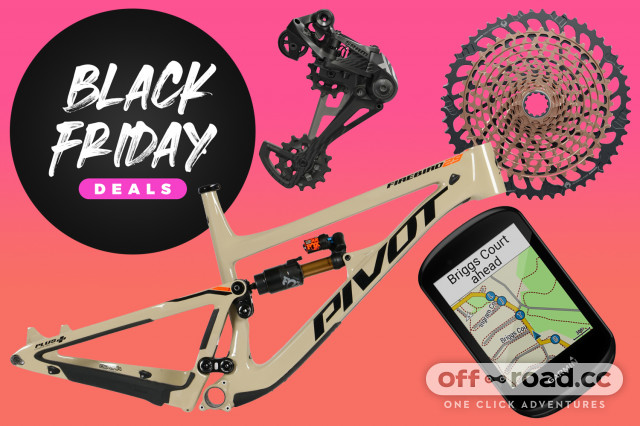 Cycling and Black Friday are the two words every two-wheeled enthusiast likes to hear. Every year this money-saving shopping event comes along on the last Friday in November and gives us cyclists a small window of opportunity to purchase things that little bit cheaper. Even though it is known that prices drop massively in percentage on Friday, the deals carry on into the weekend. Earlier this week, we gathered together some incredible deals you can find in the world of off-road cycling and shared with you what we think is worth a look.

There is no better time than now to update your worn-out kit, or if you are new to the off-road cycling world, there is so much choice both online and in stores to get started. Wiggle and Chain Reaction has up to 60% off and if you have a bike on your wish list, check out the Focus Thron 6.9 mountain bike with 130mm travel front and back with a Shimano set-up with a saving of over £1000 available from Sigma Sports.

Once we have perhaps accidentally drained our wallet of dosh, it's time to stop spending and resume life as normal. True, but then Cyber Monday rolls around in two days. 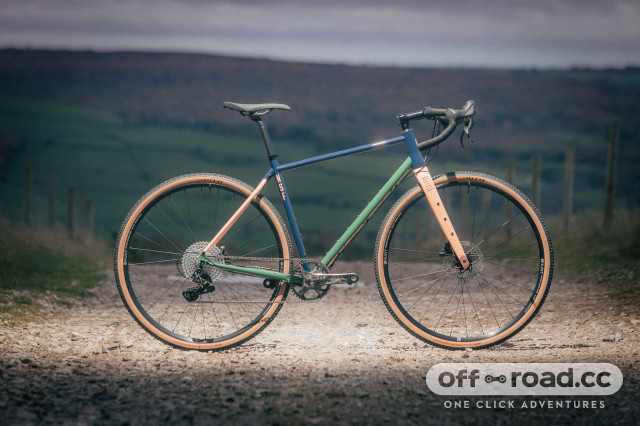 This story just missed the cut-off for last week's tech news, but it's too tasty not to share. A special one-off bike has been designed as a result of a unique collaboration between Cotic and two guys, David Millar and Conor Brady, from a podcast called 'Never Strays Far'. The podcast supported last weekend's National Trophy Cyclocross event at Torbay, so the design celebrates the event's colours. All it took was Cotic co-owner Ty Turner to give the go-ahead and graphic designer Brady to throw in his idea with the help of Cotic's in-house designer to make the vision into reality.

The blank canvas is the already limited edition Reynolds 853 tubed Escapade gravel bike, with a special build featuring a Campagnolo EKAR 1x13 drivetrain, with the 38t chainring pulled together with a 9-42T ratio cassette. Brakes are EKAR's hydraulic gravel bike brakes, and the wheels are HUNT X-Wide. For mere mortals like us, the closest we get to this bike is Cotics standard colourways with slightly different componentry. This extra info on the beautiful go-anywhere adventure bike is worth a read too. 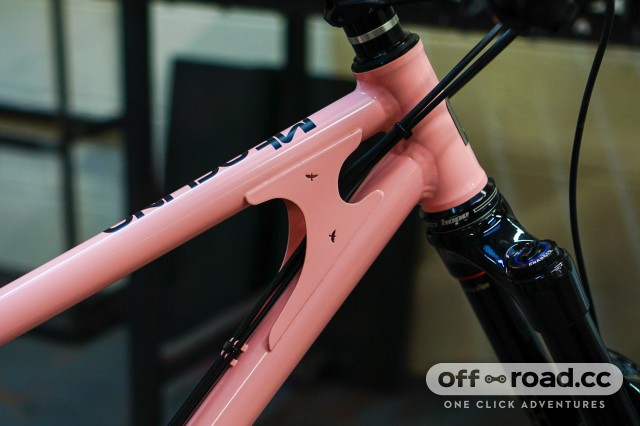 Although this may have happened last week, it is still too cool not to grace it with the other techy highlights. Steel bike manufacturer Starling Cycles shared its latest bike updates to the brand's models, Murmur, Twist and Swoop, calling their new generation of bikes ‘Version 3’ or ‘V3’ for the cool kids. The biggest updates see a slight geometry shuffle, and the frame is now adjustable via the rear shock, offering riders two rear travel modes known as 'Enduro' or 'Trail' instead of previous versions being one or the other before the building would commence.

This exciting shift opens many more doors and offers more to riders seeking options without buying a bike for every occasion. The Murmur now offers 135 or 150mm, the Twist 135 or 165mm, and the Swoop 130 or 160mm of travel. The snag is that riders need to change the rear shock to benefit from this adjustability. Other updates include a steeper seat angle and higher BB for more clearance. The main pivots cast has been tidied up with a relocation of the bearing for better maintenance, and the head tube is anti-flare for strength, not that these handbuild 853 heat-treated steel frames need any backup.

Found exploring new gravel routes around the Welsh border, with weekend trips to a
bike park shredding the trails and trying all the cake. Still keen to race after 29 years,
mainly having fun on a 4x bike with some enduro in the mix. I rock my ukulele in a
folk band when not on two wheels.