Skip to main content
Log In Register
Having a tricky time extracting a stuck bolt? Read this... 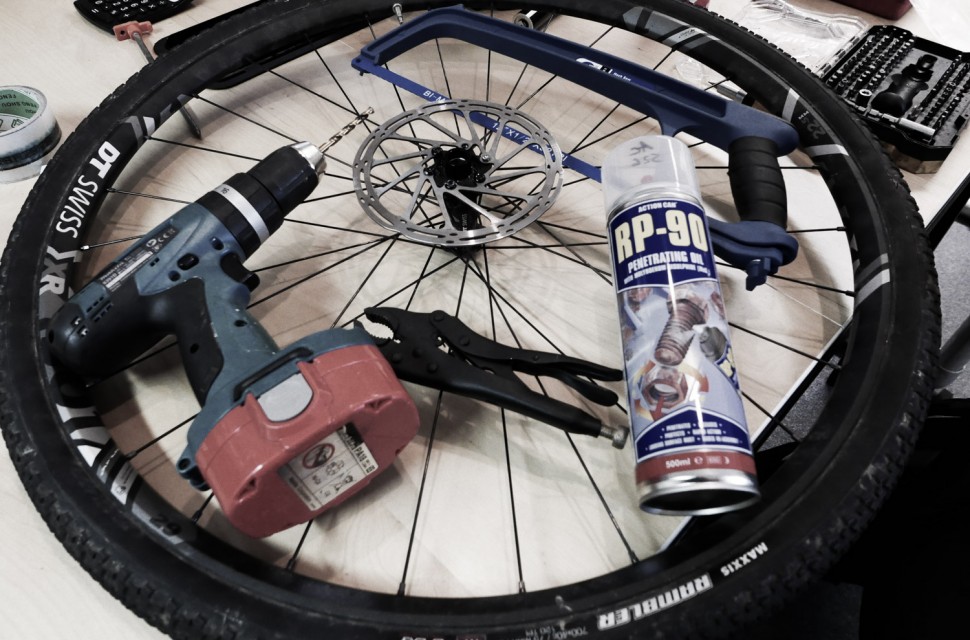 Rounding out a bolt on your bike is never a good thing, whether it's through being seized or by accident. Both pedal cleat and disc rotor bolts are particularly susceptible to getting stuck or rounded out so this guide will run you through how to safely extract them without damaging anything expensive.

Prevention is better than cure

The first thing to say - and one that won't much come as much use if you've already gone and rounded a bolt out or found one that's stuck solid - is that prevention is much easier than the cure. That means using an anti-seize compound on things like cleat bolts and pedal threads.

You can also use blue Loctite on disc rotor bolts - you don't want any grease near them - as it acts to prevent corrosion as well as stopping them coming loose. It also goes without saying that you shouldn't overtighten any bolt in the first place. 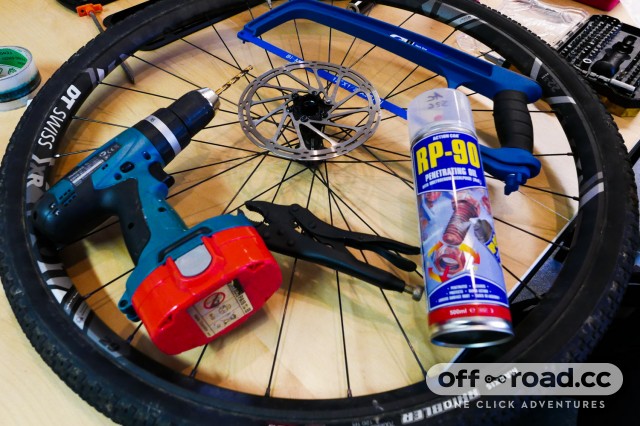 Use quality tools and get leverage on your side

Make sure that you use high-quality tools. While it's possible to do pretty much anything with a multi-tool if you have to, using decent hex and Torx keys or bits will reduce the chances of the bit slipping out and doing damage. You'll also be able to apply much more torque to a fastener if you're using a proper long-handled wrench too - leverage is your friend.

Get the bolt heads clean

You should also make sure you clean any dirt out the heads of bolts before attempting to undo them. Cleat bolts, in particular, tend to have a lot of impacted mud in them which means you can't engage a Hex key to the full depth, with inevitable results if you try and undo it. 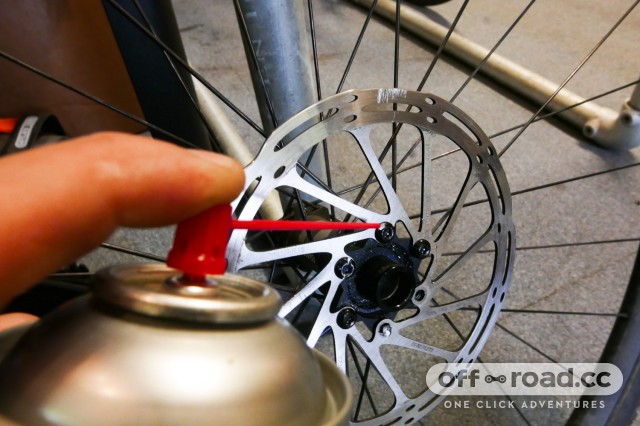 Adding some lubrication to the bolt in question will make undoing it much easier, especially if corrosion is the root cause. The best product to use is a form of penetrating oil, which is a thin oil, often with extra lubricating additives.

A thin spray oil such as WD40 will do the job, but specific products are better. We've had great results with Plus Gas and also with Action Can RP-90. Simply give the bolt a good spray - from top and bottom if possible - and then leave it for as long as you can to soak in. Anything over 30 minutes should help. 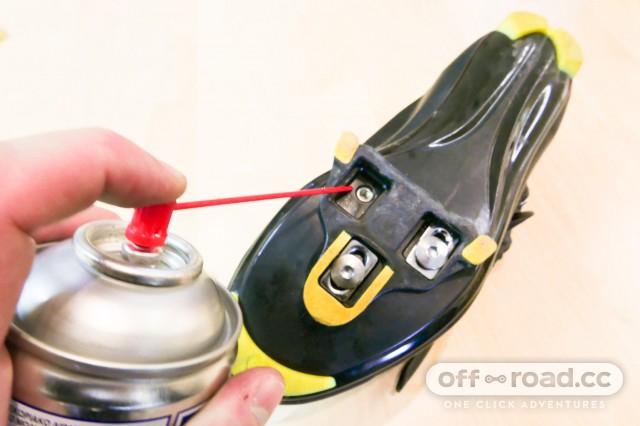 It's often better to do this as a matter of course with cleat bolts as they have a pretty tough life. If you've tried to remove a bolt but rounded it out, then apply oil to any remaining ones before trying to do any more - odds on, they'll be just as tight.

Applying heat - usually with a blow torch - is a method that's often used to help remove seized nuts as it can help break free the corrosion that's holding the threads tight. If you've previously applied penetrating oil, it will also help this travel into the thread and free things up.

We wouldn't recommend doing this on a bicycle as the chance of damaging delicate components is just too great. The only real application is when you're trying a last-ditch effort to remove a seized seatpost, pedal, bearing or similar large component and the only other option is throwing it away.

Techniques for removing a rounded bolt

Now you've done the prep, any seized bolts should be much easier to remove, but if you've rounded the head out trying, you need to up your game.

Technique one: Hammering a bit 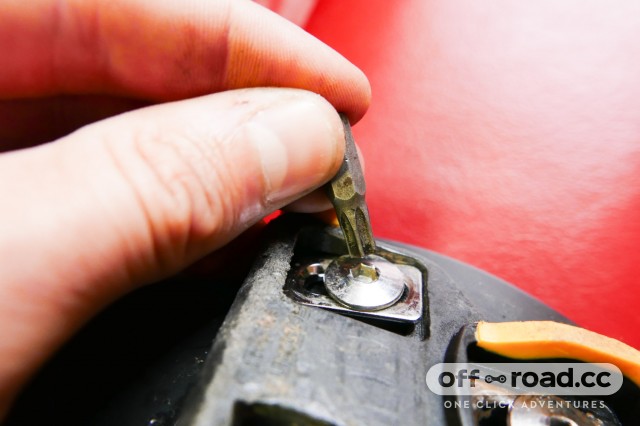 This technique works best for rounded out hex bolts and you'll need a set of Torx bits of various sizes and a big hammer.

You need to select a Torx bit that's slightly larger than the hex head - trial and error works best here but we generally find a rounded 4mm hex head needs a T27 bit - and you then need to hammer the bit into the head of the bolt as far as you can. You only get one shot at this technique as the bolt will be too mangled to try again if the bit slips.

If it works correctly, the softer metal of the bolt will deform and you'll get the bit jammed in there good and proper. It's then a case of taking a suitable wrench and using the Torx bit to undo the bolt. If not, you'll need to move to... 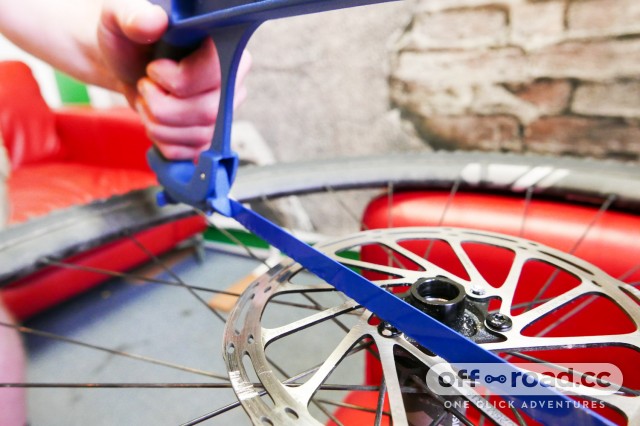 This technique works for both rounded hex and Torx bits and you need a hacksaw and flathead screwdriver or flathead bit, though a small file may also come in useful. 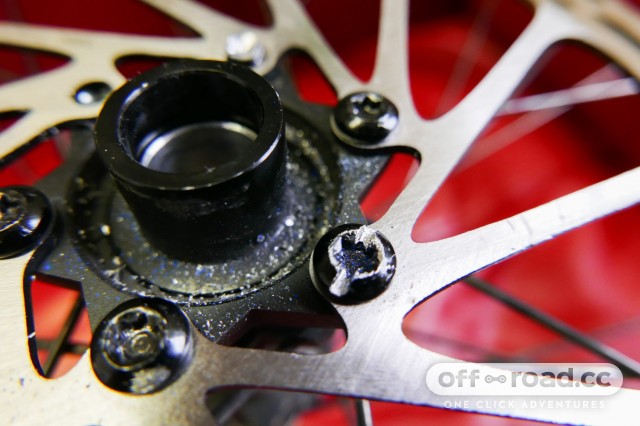 As the name suggests, this involves cutting into the head of the bolt with a hacksaw until you've created a slot that you can then use a flathead screwdriver to undo. Try to cut as deeply as you can - you may find a small file useful to open up the width of the groove so a larger and more secure flathead driver can be used.

If it doesn't work at the first time and you end up making a mess of the slot, you get a second chance as you just need to cut a new slot at right angles to it and try again. 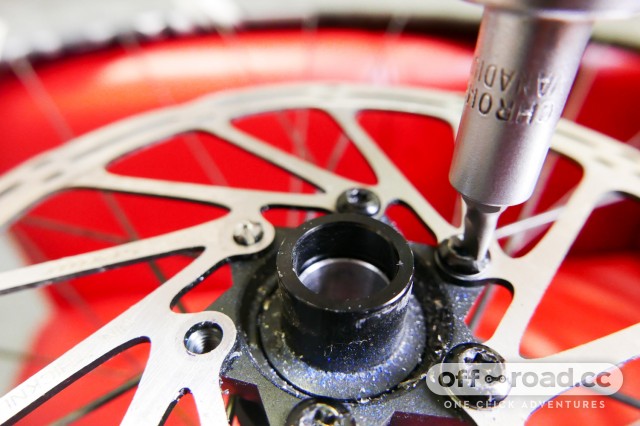 It's a good technique for rounded out Torx disc rotor bolts as these sit proud of the rotor surface and are easy to access. It's not so good for any bolt that's recessed as getting to it will be much harder unless you have a Dremel-style cutting tool. If it's still not playing or you can't get access in the first place, it's time for...

Technique three: Drilling the head off 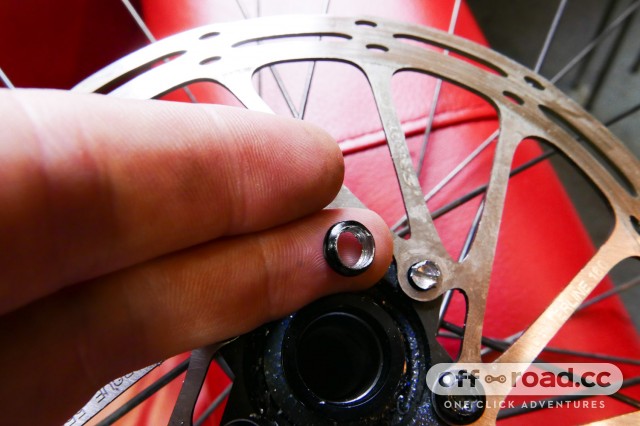 This technique is fairly self-explanatory and works for pretty much every kind of rounded out bolt. You'll need a drill with a quality HSS (high-speed steel) drill bit, but a set of vice grips, a hacksaw and a flat head screwdriver might come into play. Some eye protection is also a wise choice.

You need select a drill bit with a diameter that's larger than the thread of the bolt you're trying to remove by at least a millimetre or two. If you don't know what the diameter is, just choose one that's a fraction smaller than the head of the bolt. 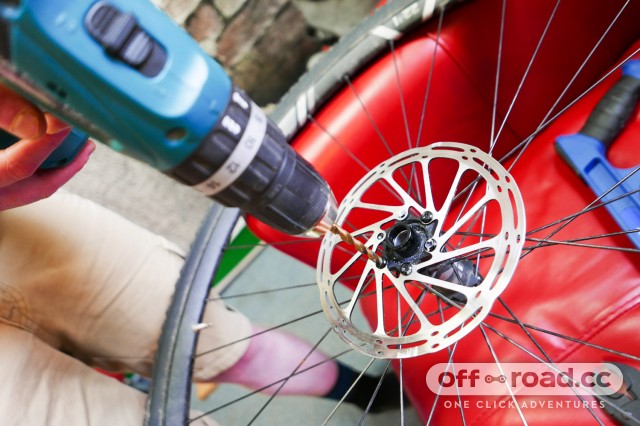 You then need to drill vertically downwards through the centre of the bolt until the head of the bolt comes free from the shaft. Check the depth regularly as you don't want to damage whatever the bolt is holding down by drilling too far. You will help keep your drill bit sharp if you use cutting oil to lubricate it, though WD-40 style oils will also help if you give it a quick squirt before you start. 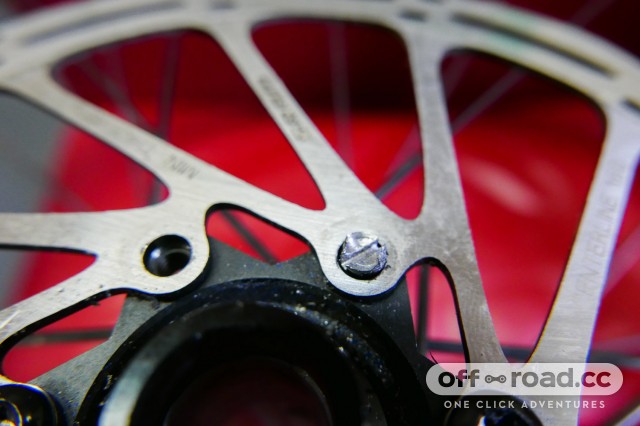 With the head of the bolt gone, you should now be able to remove the component and you'll be left with a stud of the bolt still stuck in the hole. This can be removed using the vice grips or pliers now the tension has gone, but we prefer to switch back to technique two and cut a slot into the stud that's poking out with a hacksaw and use a flathead driver to remove it. 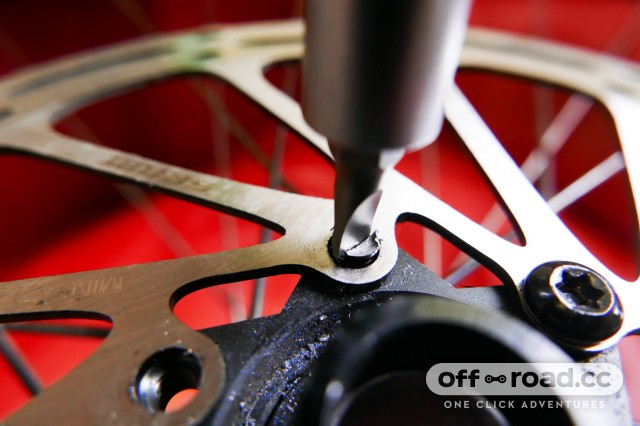 It's very important not to drill the bolt too far because if you do, there will be no stud material poking proud of the surface that you can use to extract it. Go slowly and check depth regularly - you may find levering up on the component will help 'pop' the head off the bolt.

The techniques described here should take care of almost all the issues you'll have with seized and rounded out bolts using only simple hand tools. That said, if you aren't confident in your abilities as a mechanic, it might be best to take it to a professional as doing a ham-fisted attempt is liable to make it much, much harder for someone that knows what they're doing to fix it for you.

We'll cover how to remove a seized seatpost, collapsed bearings and other really serious issues at a later date, but if you have any top tips, please let us know in the comments below.