Skip to main content
Log In Register
Charlotte takes a closer look what's behind the blurred lines of gravel and MTB. 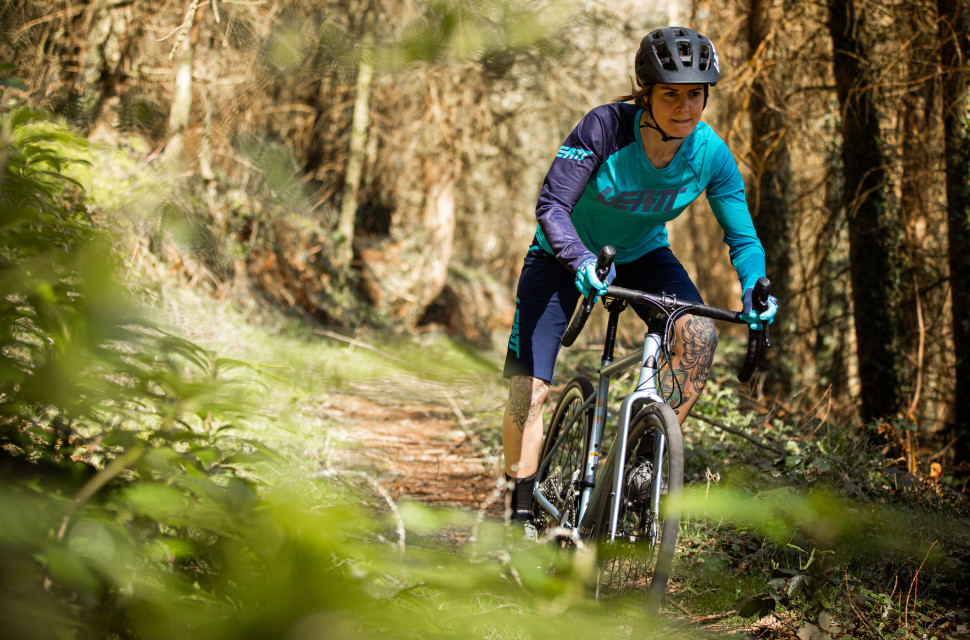 As trends change and the desire to push bikes to their limits continues, this year's gravel bikes seem to be making tracks to become even more extreme. With brands like Canyon introducing a suspension fork to their Grizl, and tyre clearances regularly hitting 45mm and more, is the gravel cycle about to come full circle, with mountain bike specifications coming out on top?

Gravel bikes, by definition, are a cross-breed of a road bike and a mountain bike, cherry-picking the agility and handling of a road bike with the off-road capabilities of MTB. With the first gravel-specific bike coming out in 2012, the Salsa Warbird, the discipline really started to take off around 2015 and exploded just before the pandemic.

As humans, it is in our nature to push boundaries. In gravel, this has meant bigger tyres, longer geometries and bikes that can take riders further off the beaten track. This raises the question: when is a gravel bike no longer a gravel bike? Will the desire to push our off-road riding to greater lengths highlight a need for a bike that already exists: the mountain bike? 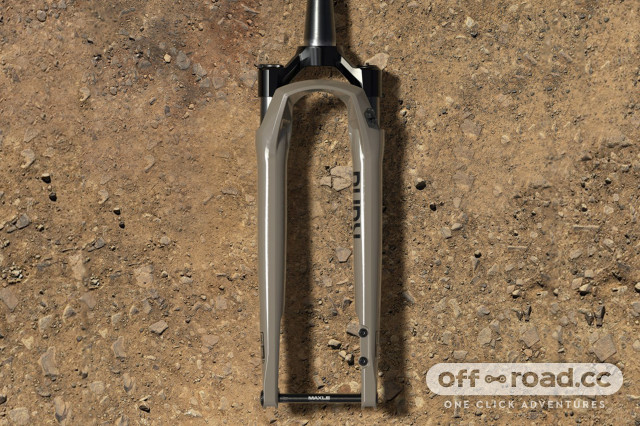 Up first is the introduction of suspension. In 2020, Niner released the MCR 9 RDO, equipped with dual suspension, and in 2021, Canyon followed suit with the Grizl CF SLX 8 Suspension. Up until now, suspension forks have exclusively been the domain of mountain bikes, but with Fox and Rockshox both offering gravel-specific forks, the AX and the Rudy XPLR, respectively, it seems times are changing. In Canyon's own words, "Save yourself a beating and stay fresher, longer." With big brands beginning to throw their names behind the idea, it seems likely that others will quickly follow suit to stay on-trend. 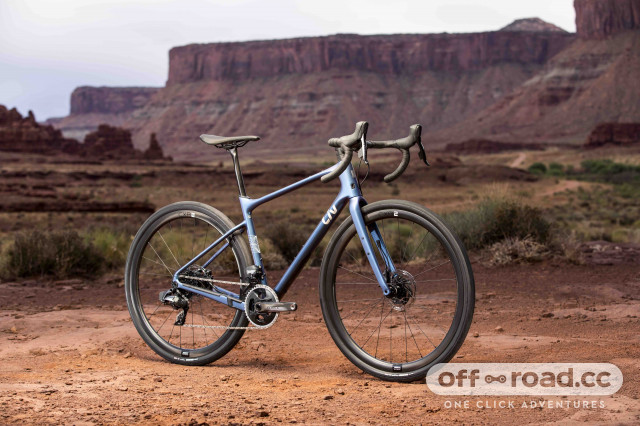 When the Salsa Warbird hit the market in 2012 as the first gravel-specific bike, it boasted a modest 38mm maximum tyre clearance. Since then, standards have remained fairly similar, with most models ranging between 35 and 42mm clearance. Looking at this year's lineup, however, it seems clear that this is no more. With bikes such as the Enigma Escape and the Liv Devote Advanced Pro offering up to 50mm capacity (with 650b wheels), it seems that manufacturers are favouring the "bigger is better" mentality. 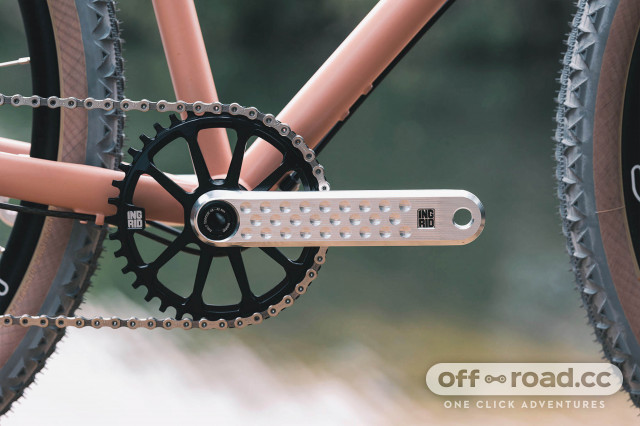 Now standard amongst most mountain bikes, 1x gearing provides more reliable shifting on off-road terrain. The larger jump between gears on front derailleurs, as opposed to the rear, leads to more chance of the chain getting stuck or coming off whilst shifting. As such, the increase in 1x systems on gravel bikes seems a natural evolution, with many of the latest models coming equipped as such. The change moves gravel bikes one step further away from their road bike counterparts and further into the existing discipline of mountain bikes. 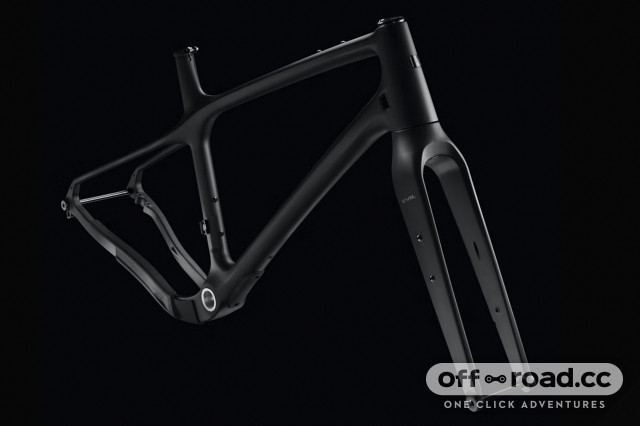 Typically speaking, the main fixed difference between gravel bikes and mountain bikes is geometry. Though small changes can be made, a bike's geometry is largely set in stone and, as such, limits its performance to specific disciplines. Gravel bikes have historically run more compact, bringing the rider further forward in relation to the front wheel. But in 2019, Evil Bikes came out with the Chamois Hagar. With a 66.67-degree headtube angle, a 50mm stem and an 80mm bottom bracket drop, Evil Bikes started with a mountain bike geometry and worked backwards. In their own words, they created the Chamois Hagar "in an effort to be less terrified and have more fun". Despite impressively executing a very clear idea, it does beg the question of what actually defines a gravel bike, if not the shape and size. 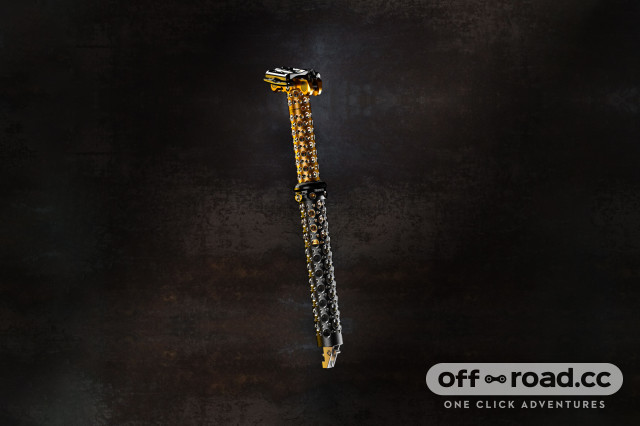 As with the introduction of suspension, dropper posts have become more prevalent within gravel set-ups, as riders demand more from their drop-bar bikes. Accordingly, gravel-specific dropper posts came into existence, with brands like Easton and its EA70 AX leading the way. With shorter travel, these dropper posts fit most modern gravel bikes, allowing the rider to get the saddle out of the way on steeper descents.

However, if a descent is steep enough to warrant a dropper post, is there a case for suggesting it might not handle comfortably on a drop-bar bike at all? Paired with fatter tyres, longer geometry, and maybe a suspension fork in the mix, the dropper post is potentially the icing on the cake that tips a fully-upgraded gravel bike into a mountain bike with drop bars. If so, is it time to get rid of the drop bars altogether?

Gravel bikes have increased in popularity, especially since the pandemic began, as they're a great stepping stone for road riders and beginners into the world of off-roading. Companies seem to be trying to keep up with the growing demand for a bike that can do more on more difficult terrain. Selecting key components from the classic mountain bike set-up, gravel bikes have adapted well to suit this purpose, but there is a limit to how far they can go.

It is possible that if riders make the leap to fully embrace mountain biking in all its glory, gravel bikes may no longer be needed to bridge the gap. Or maybe all-singing, all-dancing gravel bikes are here to stay; time will tell. One thing that is certain is that gravel bikes have helped introduce many into off-road riding, and that legacy will endure.