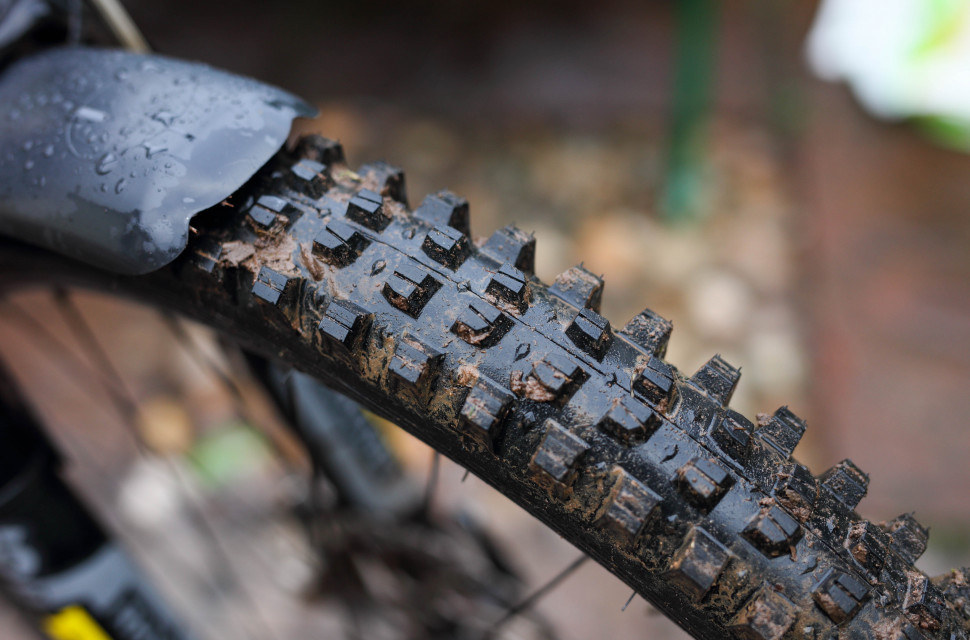 The WTB Verdict Wet 2.5 is the spikier counterpart to the basic Verdict, which we really liked in its Verdict 2.5 TCS Tough form. It provides shedloads of grip in the muckiest of weather, while being superbly predictable. It can just get a little drifty on harder sections, though.

On test we have the Verdict Wet in 2.5” (the only width available), with WTB’s High Grip compound and TCS Light casing.

It also has the TriTec compound, which is – as you might imagine – made up of three different compounds. All the tread gets a hard, supportive base rubber, which then gets softer as it transitions to the top of the knob. The centre knobs are also harder on top, for durability and rolling efficiency, than the side knobs. Those are incredibly soft and their rebound is really slow. That’s for outright grip in the corners. 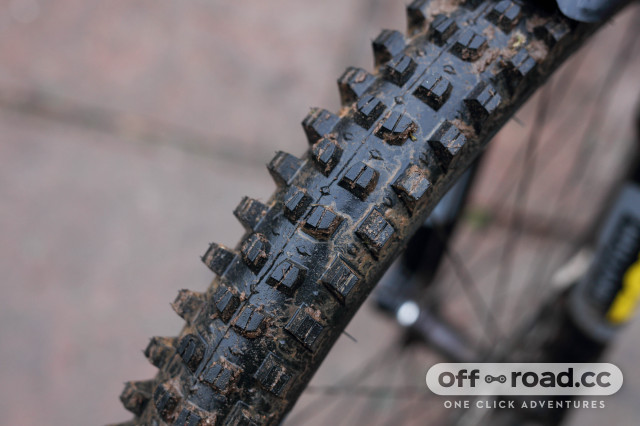 With this tyre, we’ve also got WTB’s Slash Guard. It’s a nylon insert which gives the sidewalls of the TCS Light casing an extra bit of protection, but it's not as heavy as speccing the full-on TCS Tough casing (which this tyre is also available with).

Don’t let the Light casing fool you into thinking it’s not particularly tough or supportive. It’s quite the opposite. Thanks to Slash Guard the tyre is nicely composed in the corners, and I’ve never felt the casing roll. I’ve not yet slashed the tyre either, which is either a strong complement to the casing, or I’m just not riding it hard enough...

It's also incredibly difficult to unseat, so good luck burping the thing. Or changing the tyre. You'll need it. 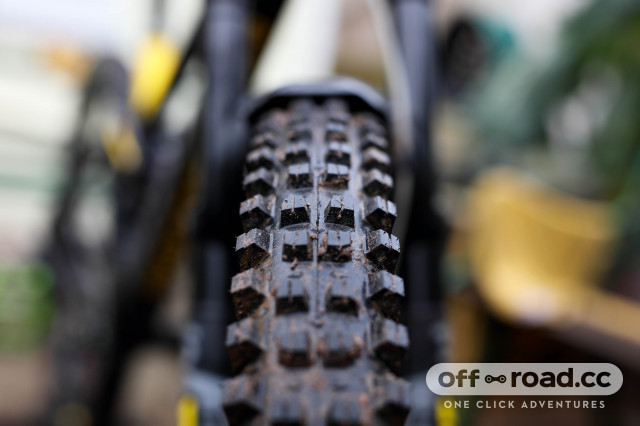 The Verdict Wet 2.5 blows up very squarely, and that’s completely due to those monstrous side knobs, which happily don't don’t seem to get in the way on flat ground. In fact, it pedals surprisingly well. We’re not talking Minion DHF level efficiency, but I've been happy enough on the climbs.

Since receiving this tyre in the summer I’ve been frothing for some foul weather to hit. When the heavens finally opened, this tyre was seated immediately and, as soon as I leant into my first soggy berm, I was incredibly impressed. I was able to ride and push almost as hard as on height-of-summer dust, on trails riddled with puddles and slop. 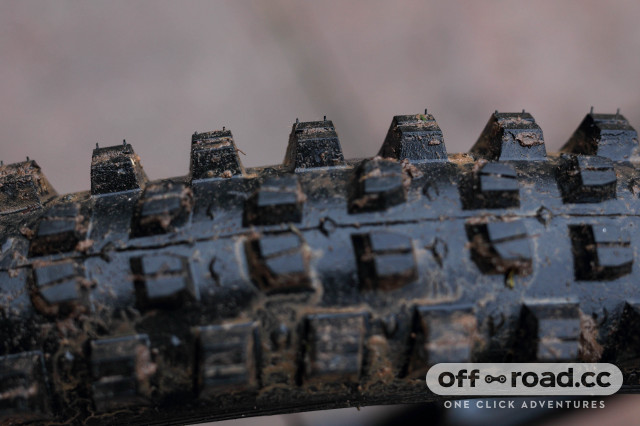 For a dedicated wet tyre, the Verdict Wet 2.5 deals with a range of conditions really well. Its tall spikes may trick you that it's a slop-only tyre, but it can still cope on harder surfaces. Sure, on the hardest, dryest winter surfaces it understandably feels less confident, but on wet natural trails the Verdict Wet has your back.

That said, it's not fit and forget. If you're looking to ride dryer hard-pack trails you'll find its drifty side becomes a bit more prevalent, especially in corners with compressions. Those shoulder knobs are pretty tall, and when they don't have a lot to dig into they get a bit bendy – which leads to a front end that isn't all that confident. 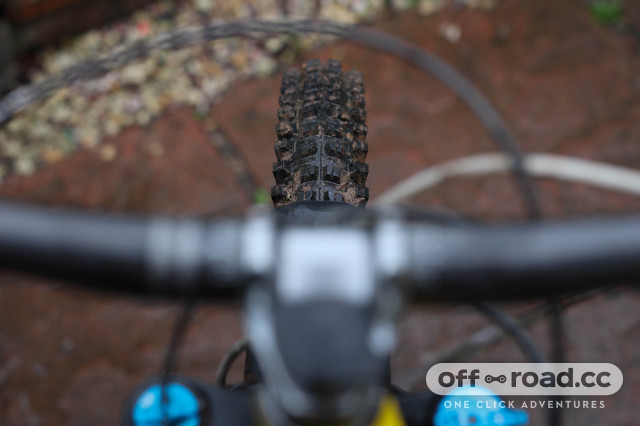 Steep trails are where the magic really happens. It becomes clear how direct the Verdict Wet is, even under braking – this tyre really puts the anchors down. It clears mud very well too. In fact, I've never got it clogged. It’s incredibly confidence-inspiring.

If you’re looking for confidence, predictability and heaps of grip on wet natural trails, the WTB Verdict Wet 2.5 delivers it in spades. There's very little to grumble about at all.