Skip to main content
Log In Register
Vittoria Mota G+ IsoTech TNT 29x2.35" tyre £50.00
A great heavy-duty winter mud tyre but to appeal to a wider trail audience it needs to shed a couple of grams. 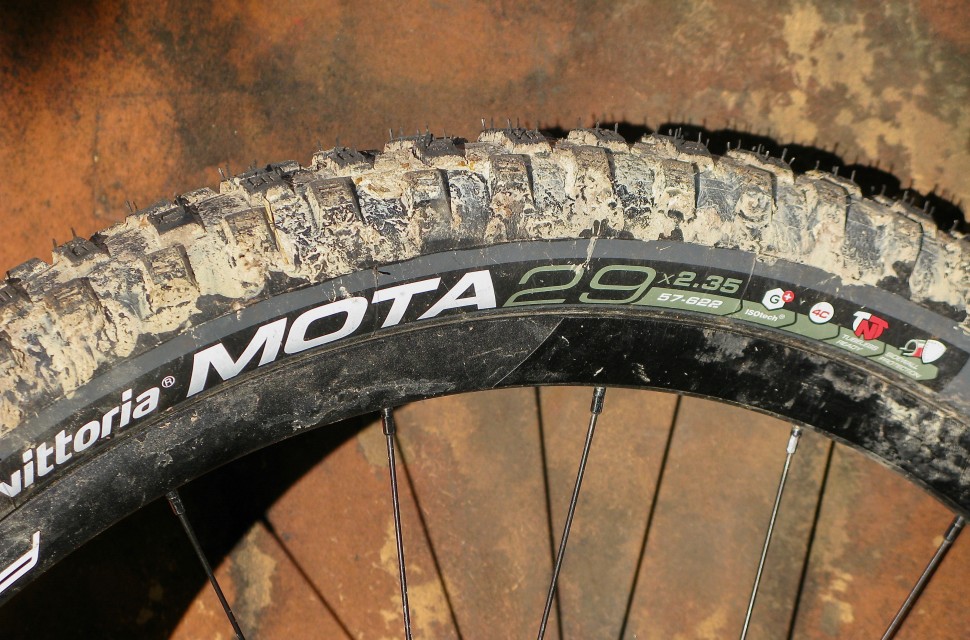 Vittoria has tagged the Mota as a downhill/all mountain mud tyre and, while the reinforced 27.5in version does indeed have a 1400g weight, the all-mountain option (in 27.5 and 29in) only weighs around 1000g, making it worth a punt if you ride hard through the winter months.

Like most modern tyres the Mota has a ton of acronyms on the sidewall but what do they all mean? First-off the Mota uses four rubber compounds - two base compounds and two tread compounds. Like most tyres that use dual treads, the surface rubber is hard in the centre for low rolling but increased stability/reduced wear and soft on the edge for increased cornering grip. With the base compounds, this is reversed, the idea being side knobs get some extra support to stop them folding and tearing too easily and the softer centre core increases braking traction without sacrificing durability.

The Mota is also G+ tyre, which means the rubber used has Graphene content. Google Graphene and you can read all about its high-tech properties but here Vittoria is using it as a substitute for carbon black. Carbon black is simply a reinforcing agent that stops the rubber wearing out too quickly. 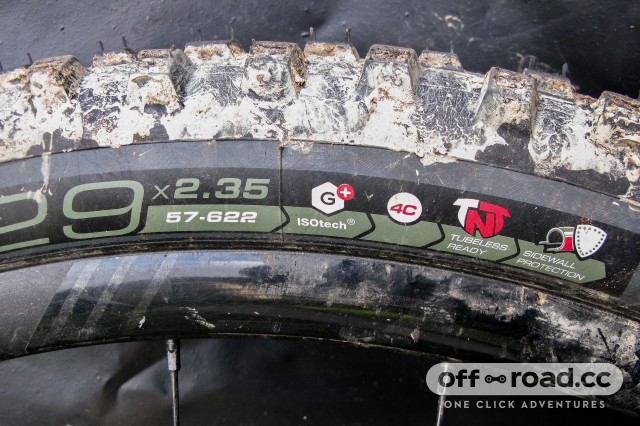 TNT (Tube–No Tube) is Vittoria’s take on tubeless ready. The Mota has a tubeless bead so seats easily but it also has a reinforced sidewall, which means you can use it with the company’s Pit Stop foam, which only adds 35g per tyre, compared to 50–60g for liquid latex. 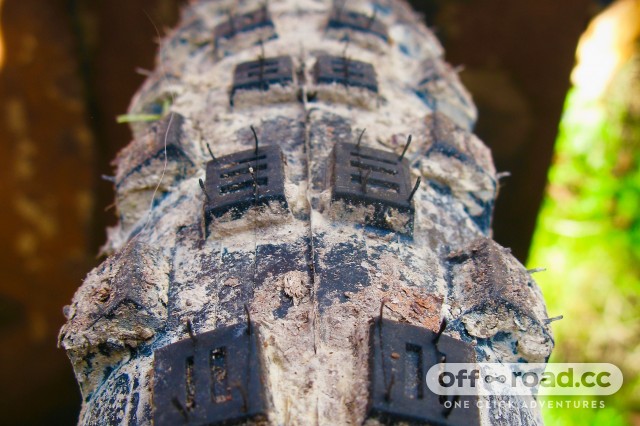 I fitted the Mota to two different width rims and it didn’t seat quite as easily as the Maxxis Shorty tyre it replaced, requiring a bit of detergent lube and the use of tubeless charger pump to get the bead to engage fully. 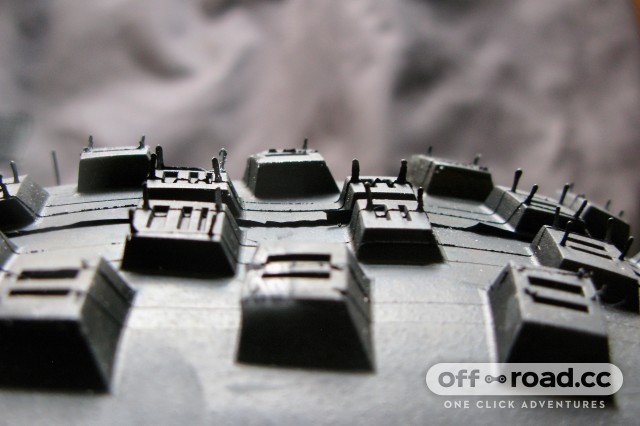 As you can see, the Mota gets square alternating lugs across the tread, which have a slightly chamfered leading edge for reduced rolling. This open design sheds mud quickly, which is handy when going from one claggy section to the next and the knobs are also pretty tall, so offer impressive bite, even in deeper clay. The tyre is also quick rolling but I’ve noticed the Mota has slightly different rebound characteristics to the Maxxis Shorty. It doesn’t feel quite as surefooted on trails that are carpeted with roots and it also doesn’t bite on the edge as well when cranked over in a wet turn due to the wider spacing between the edge knobs.

Despite being porky the Mota is still reasonably quick to accelerate and holds speed very well on sticky trails. With its open tread, it also doesn’t hold onto the clag, so you are carrying less weight around with you. The wider 2.35in width maybe a little tight in some frames but on the flip side there’s plenty of cushioning for venturing into rocky terrain 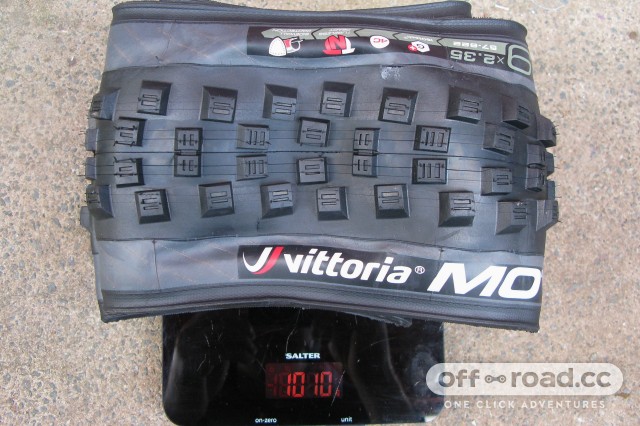 The Mota is a very good mud tyre but it seems a little strange Vittoria is pushing it towards the downhill and all-mountain arena when the bulk of mountain bikers are riding trails. I reckon with a slightly lighter and more compliant casing the Mota could be the rubber of choice for UK riding, especially since it’s a good £15 cheaper than the Maxxis Shorty.

Not the easiest tubeless tyre to seat, carrying a bit of bulk.

If you want extra protection against winter pinch flats

To riders or racers looking for heavy duty winter rubber.