Skip to main content
Log In Register
Pirelli Scorpion Enduro R rear-specific tyre review £63.00
A great, fast rolling tyre for mixed conditions, though not the best braking in the dry 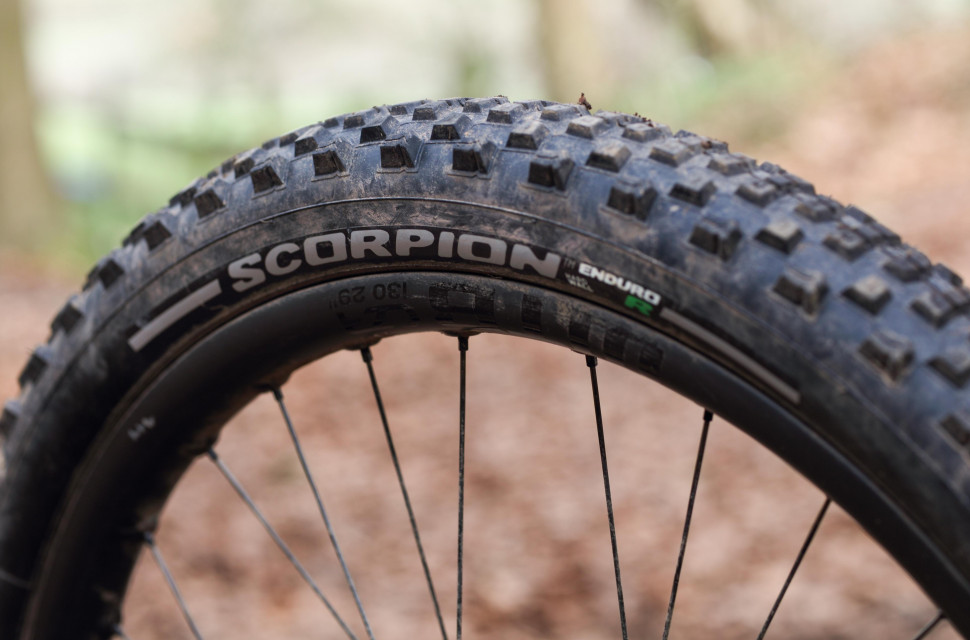 Liam Mercer
|
May 3 2021
|
Overall
Quality
Performance
Value
What's good?
What's not?
Buy if...
You're looking for a rear-specific companion to the Scorpion Enduro S

The new Scorpion Enduro R is a rear-specific mountain bike tyre that rolls quickly and grips well in a range of conditions. Unfortunately it leaves something to be desired when braking over bone-dry surfaces.

The Scorpion Enduro R comes in both 2.4” and 2.6” widths for either 650b or 29” hoops, and Pirelli says it's best paired with its Enduro M – its medium-treaded all-rounder – on the front. There's no reason why you can't pair it with the deeper, loose-conditions Scorpion Enduro S, though.

All sizes get Pirelli’s SmartGRIP rubber compound, which is single compound – the benefit being that you never wear through to harder rubber underneath, so grip remains constant. The downside is, of course, that you also never get the softer grippier stuff to start with. 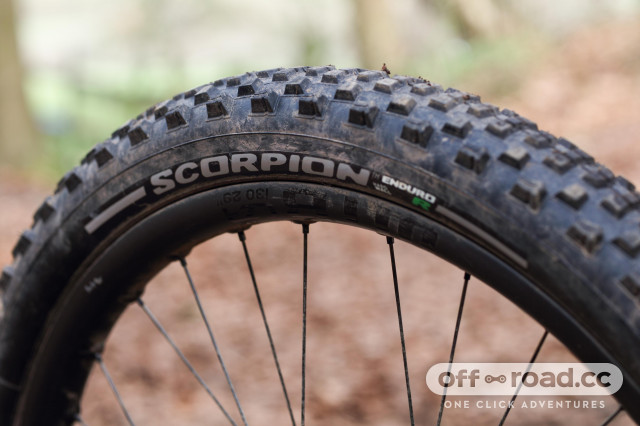 The Enduro R has a HardWALL casing, which gets extra hard rubber just above the beads for protection against pinch flats, and to create more support at lower pressures.

Having bottomed out the Scorpion Enduro S I’ve been testing (at the front) more than once, I can happily say that HardWALL works really well. I’ve been able to roll away from some pretty harsh impacts without worry of killing the tyre.

The Enduro R’s motocross-derived tread is somewhat reminiscent of a semi-slick such as Schwalbe's Rock Razor, thanks to its well-packed centre tread and prominent shoulder knobs, though its centre is of course much more pronounced.

It wouldn’t be unreasonable to draw comparisons with the WTB Trail Boss either.

Inflated on a rim with a 30mm internal width, the Enduro R sits really round which means pleasingly low rolling resistance when you’re cranking up a hill. 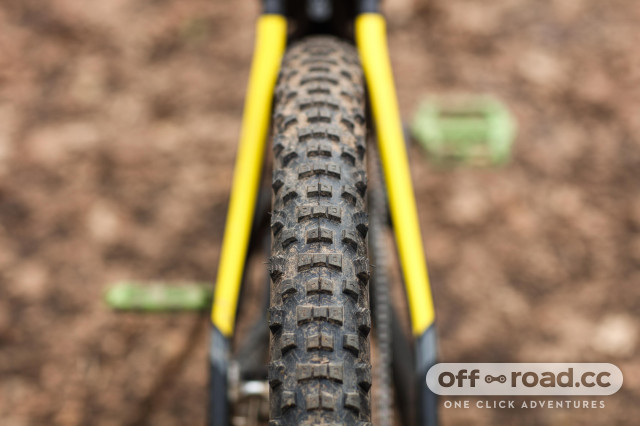 Despite this it digs in too, and I’ve not had an issue with losing traction on any of the climbs I’ve faced.

Because of that packed tread and round profile, it’s a really pleasant tyre to lean. The transition is consistent, and there’s no noticeable 'dead spot' as you move onto those shoulder knobs. 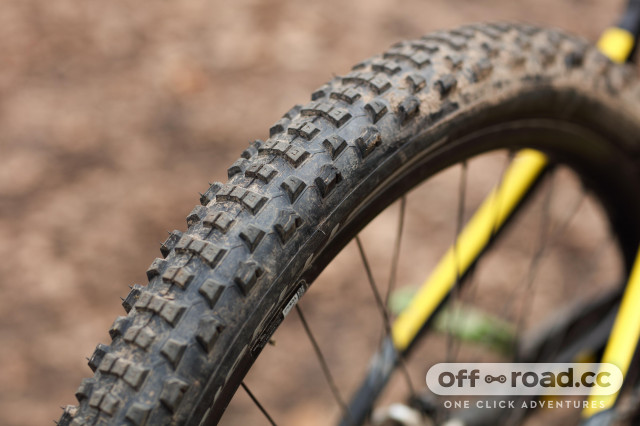 The Enduro R also offers an impressive level of lateral grip. I’ve really had to push to break the tyre into a slide. In general riding, it’s pretty tough to get the back end to kick out without touching the brakes.

The Enduro R is designed for loose over hard to dry conditions, and Pirelli has hit the nail on the head – mostly.

When the trails really dry out, the Enduro R gets a bit lock-up happy under braking – though it's worth noting just how confident it is in the wet. Granted, it’s definitely no mud tyre, but if you’re riding through wet patches when the trails are starting to dry, the Enduro R is right in its element. 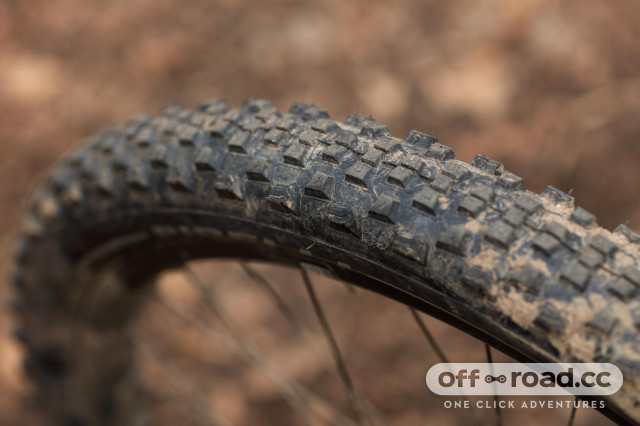 On bone-dry trails it’s just as good at everything except heavy braking.

The Enduro R is comparable to the Maxxis Dissector, especially in how easily it rolls, though the Enduro R isn't quite as grippy under braking. It's £12 cheaper than the Dissector at £75 (with a DoubleDown casing) though, so if you're looking to save cash, the Enduro R is a very viable option.

The Pirelli Scorpion Enduro R is a great tyre for mixed conditions. It’s mostly confident when there’s a bit of moisture in the ground, hooks up reasonably well in the dry and rolls quickly everywhere. It's well-protected enough to survive some proper abuse, too.