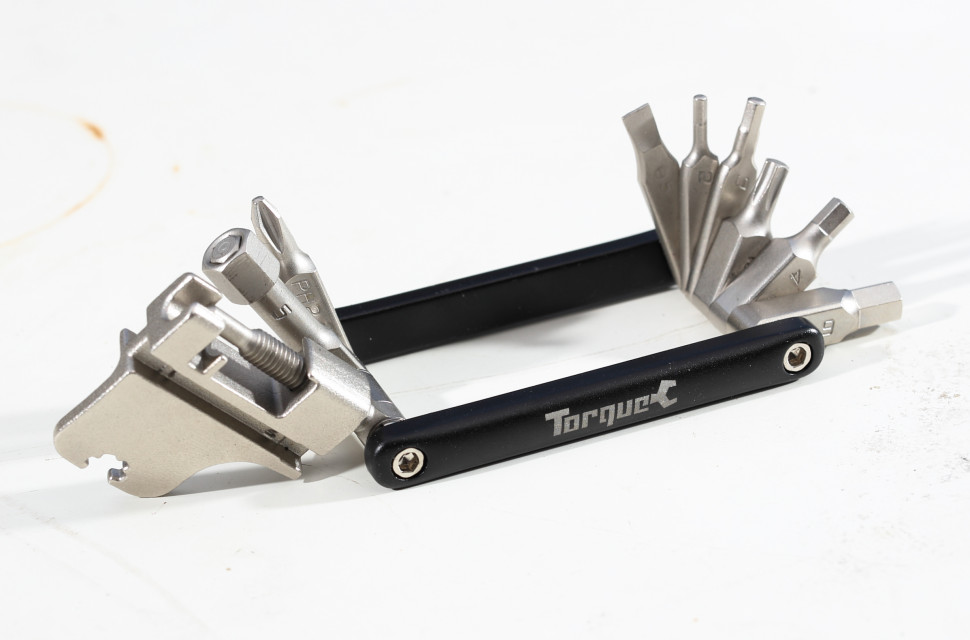 The Torque Slimline 16 is a lightweight, comprehensive multitool that can sort out most trailside mishaps. The slim design makes it perfect for stashing in your pocket or slipping into a bum bag, but it can become a little fiddly when winding down a bolt.

The tools are made from chrome vanadium, which won’t rust, and they all fit into a super skinny 70x42x8mm package. There's also a bottle opener for those post-ride brews. 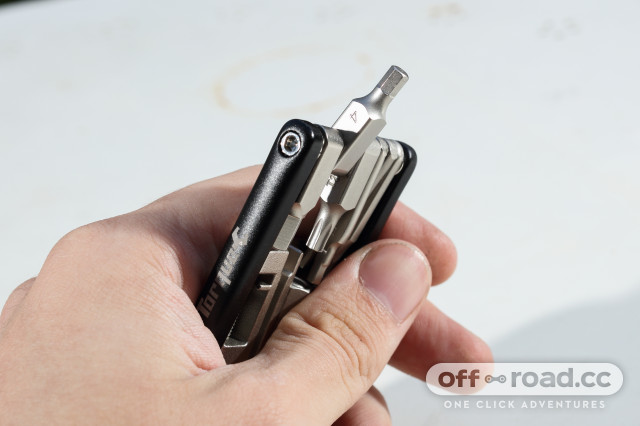 Every tool is marked with its size, which makes for super easy tool choice and it reduces the trial and error faff. The larger Allens connect positively with their bolts, though the 2mm key isn’t quite as sharp – I’ve had to be a bit more careful while using this bit on tough bolts. 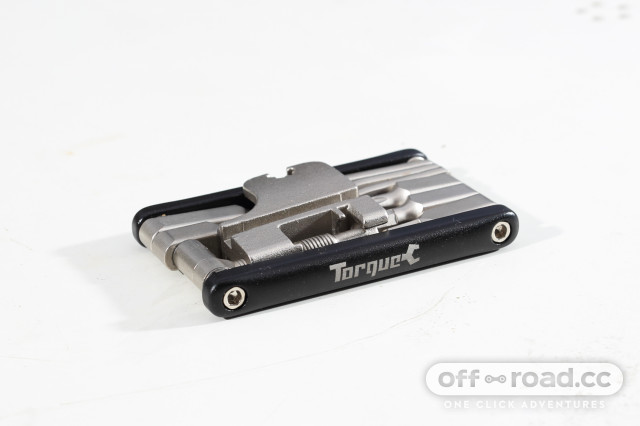 The only real niggle with the Slimline 16 is its chain tool. It has a tendency to flap about when other tools are in use and, when packing away the chain tool, you must wind it all the way down or it won't sit properly. In truth though, these irritations are a very easy trade off for its slender design.

More consequentially, the 8mm Allen is a slip-on adaptor on the 5mm Allen. As it’s so small, and the 5mm is so commonly used, I’ve already lost it to the abyss of trailside foliage. 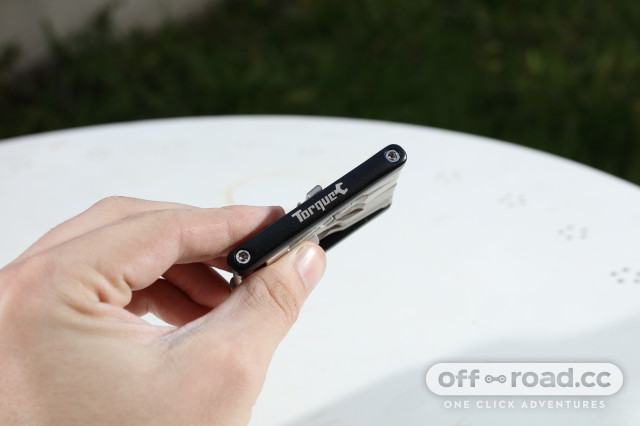 There are tools out there with more functions that cost much the same, but very few come close to being as slim and pocket-friendly as the Torque Slimline 16. If you’re looking for a lightweight tool that’s good for every situation (apart from tyre removal) the Torque Slimline 16 does the job well.