Skip to main content
Log In Register
Shimano GR9 flat pedal shoes £120.00
Better grip than the previous Shimano shoes but still not as grippy as the market leader 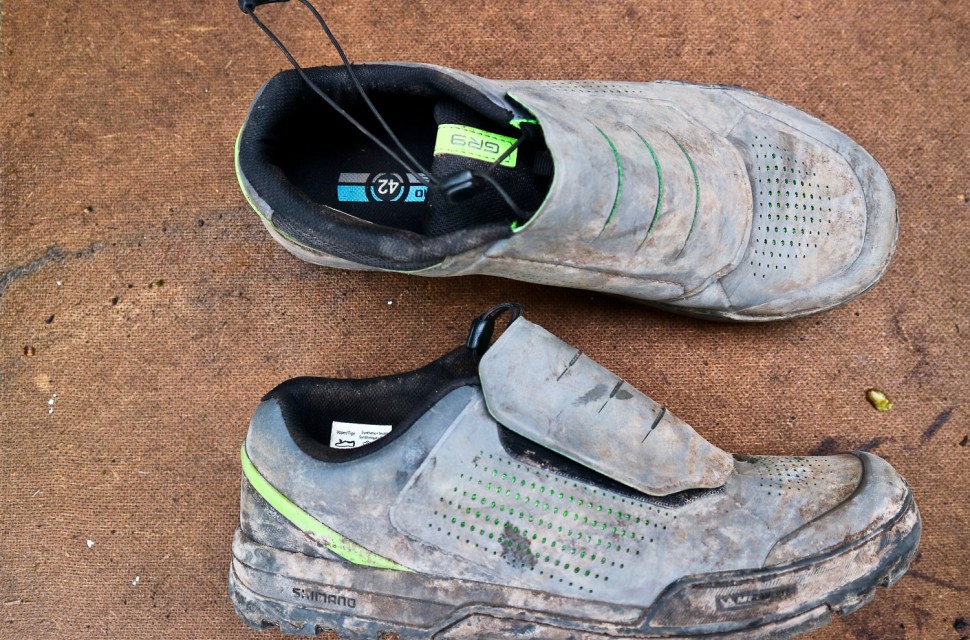 On its previous flat-pedal bike shoe, Shimano used a Vibram sole but the company has teamed up with French tyre manufacturer Michelin to produce a new softer rubber sole the latest GR9 shoe.

Over the years Shimano has created some pretty space-age looking bike shoes and, with its wrap over flap the new GR9 continues that theme. This flap does have a purpose though - it’s there to protect the extra-long lace and it also provides a degree of splatter protection. The lace or pull cord is actually part of a toggle style Speed Lace closure, which works in the same way as a toggle you’d get on an outdoor jacket. It’s easy to tighten with one hand, provides even pressure across the top of the foot and also seems a bit harder wearing than a traditional lace system. It's possible to replace the entire system inexpensively should it break too.

Like the Specialized 2FO I reviewed a while back, the GR9’s upper is made from a synthetic leather and is designed absorb less water and dry quickly. Perforations over the toe and down the sides improve airflow and the shoes are also dead easy to keep clean - I would just give them a quick wipe after most muddy rides. 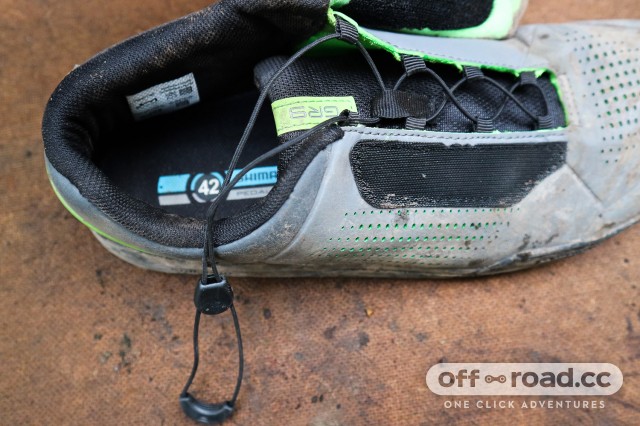 To stop scuffing and to provide some protection against rock strikes, the toe gets a moulded reinforcement. The shoe is also higher on the crank side to protect the ankle and there’s also a good mount of foam padding around the heel.

Overall the fit is very snug, my only issue is one I’ve always had with Shimano MTB shoes and that’s the footbed. It’s just too flimsy and doesn’t offer enough padding or support, especially in the arch area. For a shoe costing £120 I’d expect a much better insole. 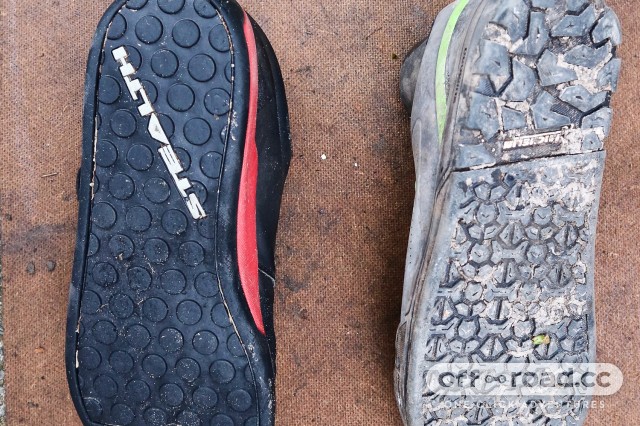 The new sole features something called a Platform Interface Design with an optimized pattern. What this means it has a deeper, more open, lugs at the toe and heel to add extra traction when walking but combined with a low-profile tread over the pedal area. The sole is pretty wide too and if you run wide platform pedals the GR9 offers a lot of stability. However, the rubber compound isn’t that soft when compared to Five Ten’s Stealth rubber and I could definitely feel the GR9 slip forward on the pedal when descending bumpy terrain. 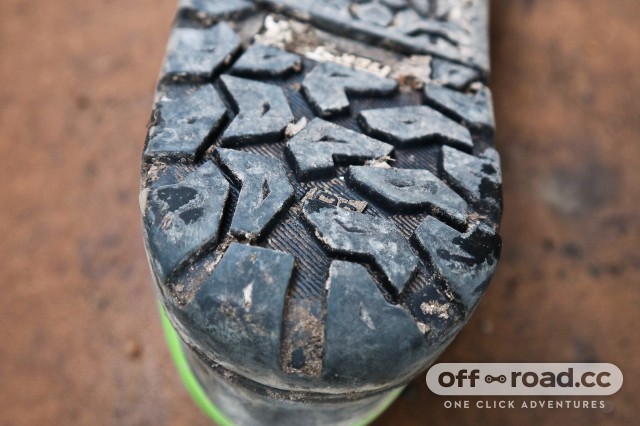 I don’t know why Shimano (and other companies for that matter) hasn’t gone to town on the rubber because I know Michelin and Vibram both offer some really soft compounds. Obviously, you want to balance grip against wear but if Shimano really wanted to make a statement why not offer a second model with a really soft compound and call it something like the GR9 super tacky. Yes the softer rubber may wear quicker but as the saying goes ‘the candle that burns twice as bright, burns half as long.’

Flimsy insole and the rubber just isn’t quite sticky enough

If they wanted a roomy shoe with comfortable fit

A step up from the previous Shimano AM7 flat shoe but the marginal improvements in performance aren’t worth the hefty increase in price.