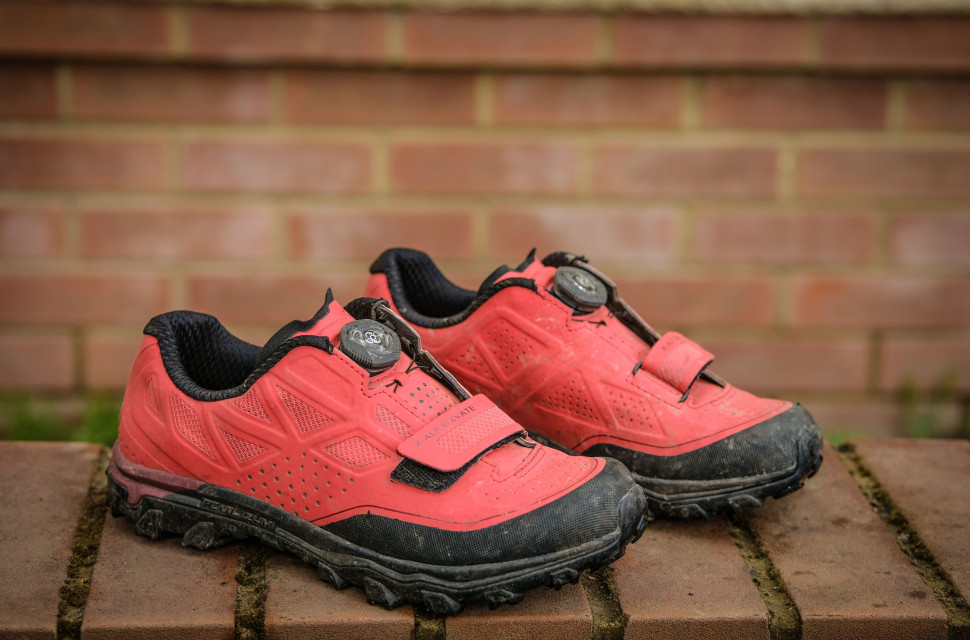 The Pearl Izumi women's X-Alp Elevate is a rugged enduro/all-mountain SPD shoe that grips well in the wet and is reasonably stiff. They're ideal for massive hike-a-bikes, but give a rather numb pedal connection if you use large-platformed pedals – and if you want truly secure heels, you have to lace them tight.

These X-Alp Elevates are from the women's range at Pearl Izumi (there's a men's version too). A female specific enduro shoe, it come in two colours – this red, officially called Cayenne/Port, which is actually more of a coral pink, and a more traditional black.

They're rugged, with a three-layer upper that's supportive and pretty good at fending off muck and grime. Although they aren't waterproof, they hold off the wet for a while at least. 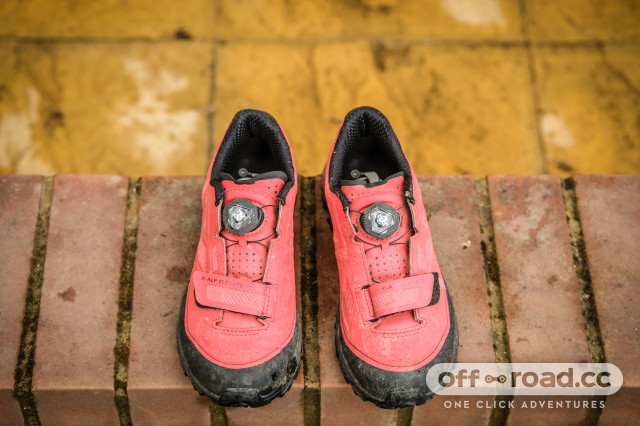 The sole is Vibram Megagrip, the same compound as found of their X-Alp Launch shoes, but this time the sole is chunkier. It has deep grooves in an aggressive tread pattern, making it great at digging into muddy trails when you're off the bike.

That tread makes the sole less good as a platform between your foot and the pedal, though. The thickness makes it hard to feel the pedal and, due to the big lugs, there's less shoe in contact with it anyway.

If, like me, you use large-platform clipless pedals (such as these Mallet DHs) the X-Alp Elevates aren't the most stable, but if you prefer smaller cages (like on these Shimano M530s) it won't bother you. 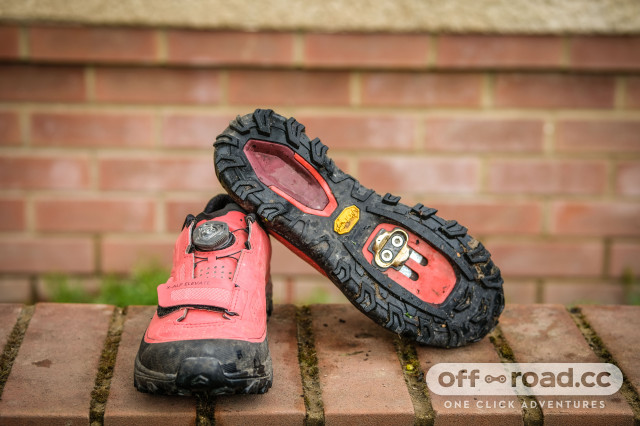 Inside the sole is a nylon/carbon shank which provides good pedalling strength. Although these shoes aren't light (714g in size 5), they are good for fast sprints or long uphill grinds with relatively little energy lost and maximum comfort. Your cleats can be adjusted reasonably far back too – there's lots of adjustment. 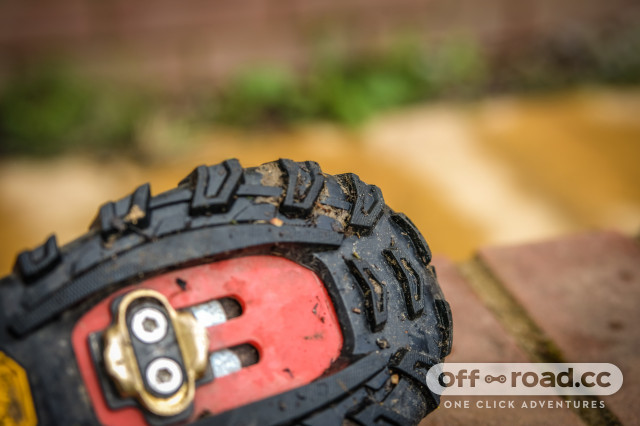 Fastening is by Boa dial and a Velcro strap. It's a neat combination, and the Boa provides easy, even tensioning in very small increments, which I really like. 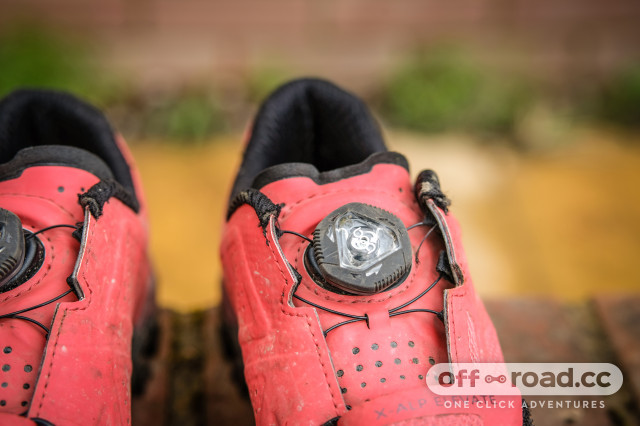 The X-Alp Elevates are true to size and fit very comfortably, though the aesthetics could be divisive. The pink is an acquired taste, and even with it they have a distinct commuter/active shoe look about them.

Not that the looks impact on performance, of course. The Elevate is a reliable trail shoe that's good for pedalling, it comfortable and it's grippy on muddy slopes. The heel cup could be more supportive – your feet can pull out a little – but the movement is minimal and never, at least for me, resulted in any rubbing. 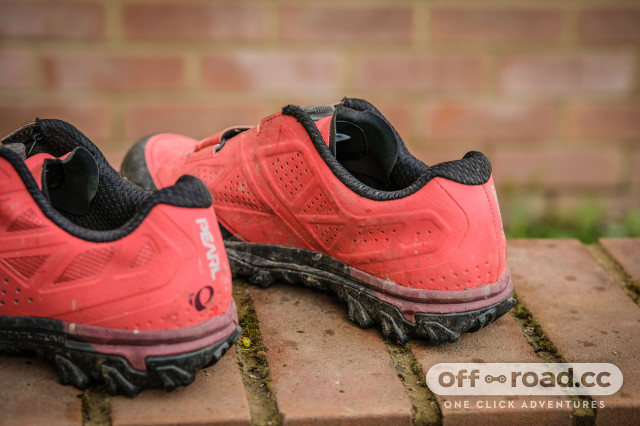 Cinching the dials tighter does reduce heel movement, but also leads to pressure over the top of the foot – an issue I also found with the X-Alp Launch.

Competition comes principally from the Shimano ME7, which is excellent for the same all-mountain use and suffers none of the X-Alp's issues, though they are £20 more expensive.

The X-Alp Elevate shoes are destined for back country exploration. The rugged outer and chunky sole make these best for those riders who spend a fair amount of time walking up hills in any weather.