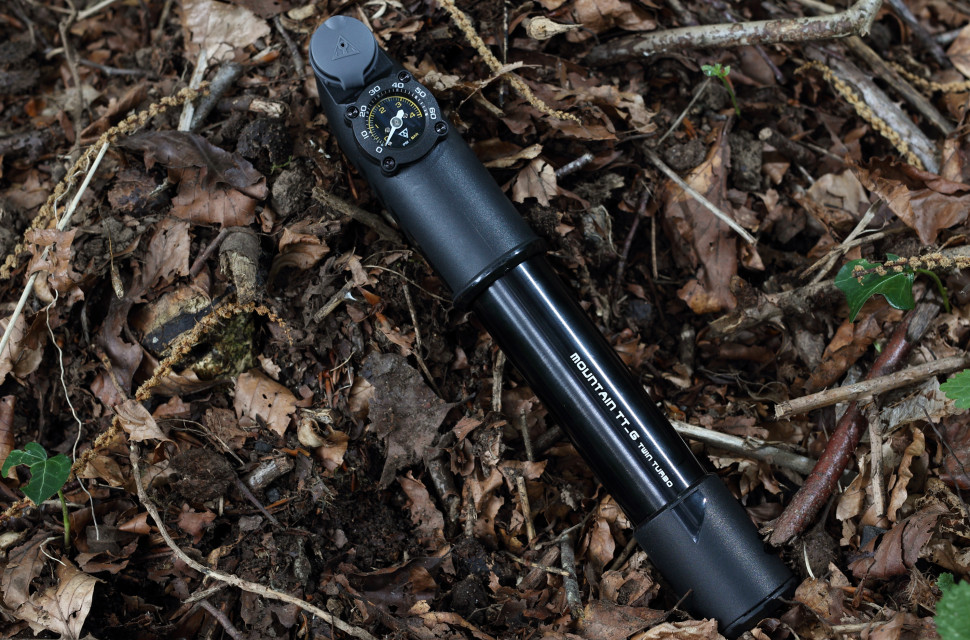 The Mountain TT_G by Topeak is a brute of a minipump that's designed to fill large volume mountain bike, fat bike and gravel bike tyres with minimal effort. Thanks to the built-in Twin Turbo technology, it delivers air volume in spades.

The Mountain TT_G is a well-built bit of kit using aluminium for the barrel while the head is made of polymer. The head also has a neat dust cap to keep the crud out, all of which seem nice and sturdy. The gauge, although small, is super easy to read and the locking mechanism is nice and solid.

Measuring in at 25.3cm and weighing 227g, it is quite a lump although it does fit reasonably easily into my 5L bum bag after a quick rearrange. 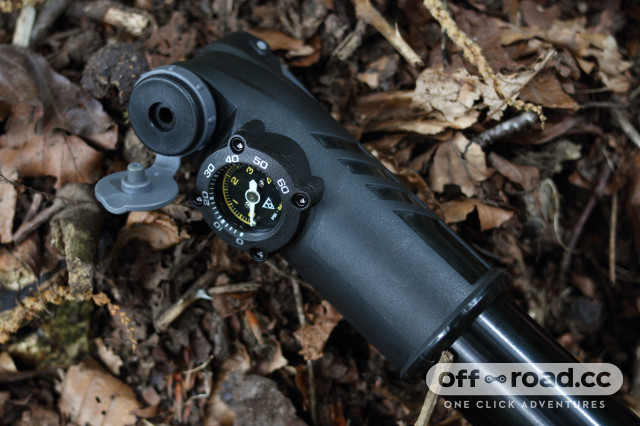 The Twin Turbo tech inside this pump is a cool bit of pneumatic sorcery that allows the Mountain TT_G to deliver a lot of volume in one action of the pump. Without getting too much into it, it delivers volume with every stroke. So it's pumping air into the tyre even when you're pulling on the pump.

When I did have to repair a flat, pumping up the tyre wasn't a worry. The Mountain TT_G got my 29x2.35 tyre back up to 20psi pretty sharpish and with very little arm fatigue. However, the action did feel a little weird as it's a bit harder to extend the pump than to compress it. This is something that I got used to really quickly. 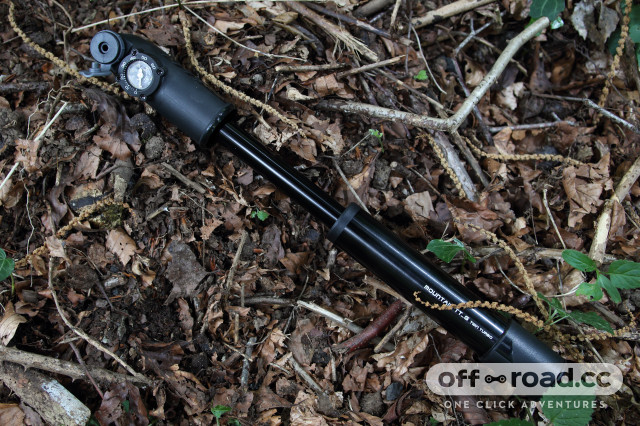 Unfortunately, I did get a bit of dirt on the stanchion and a bit of a grind can be felt in the action because of that. It's also developed a bit of a squeak from within the barrel. But even with these niggles, the Topeak Mountain TT_G is still a pump I'd choose to carry because of its excellent efficiency and ease of use.

Voodoo Zobop E-Shimano 2020 review £2999.00
A great recreational/trail e-mtb for the money with excellent suspension and a powerful motor
Review

5 cool things from Giant, Spinergy and more
Wheels with very different spokes in on test
Review