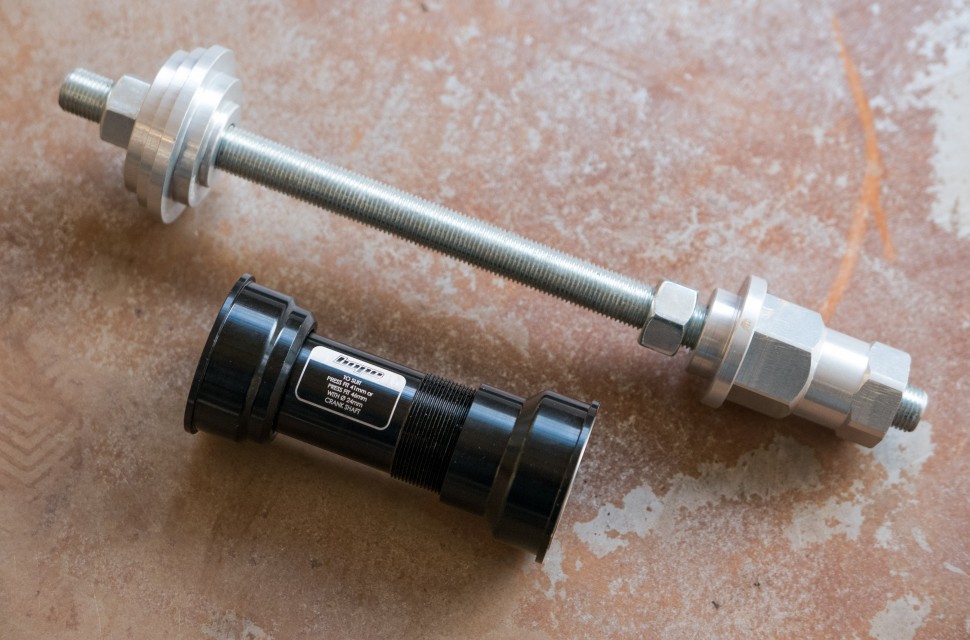 Hope's replacement Press-Fit bottom bracket is an excellent upgrade that outlasts and outperforms standard push-in units, but it's expensive and requires a specialist tool for fitting and removal. It's a price worth paying if you're beset by a squeaky standard bottom bracket, however.

The Press-Fit bottom bracket standard gets a bad press and it's not without reason. They can wear out quickly and frequently develop annoying squeaks and noises, usually because of poor alignment which is to some degree inherent in the design.

Hope's replacement unit gets around that particular issue by using aluminium cups that are held in place by a large diameter hollow spindle that threads the two halves together and keeps everything square. 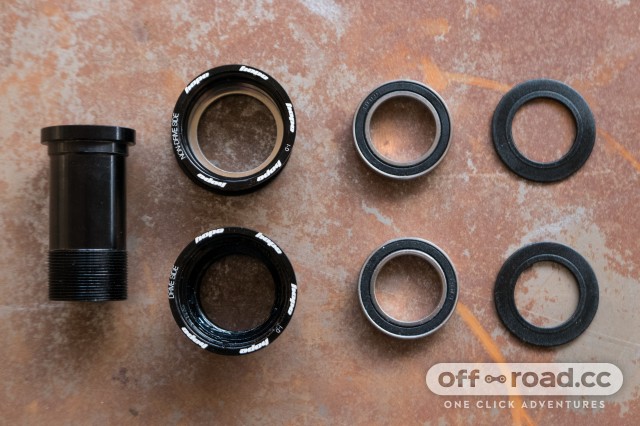 Lifespan is also extended by having large external labyrinth seals in addition to those on the sealed cartridge bearings. I've been running one on a bike for over six months and it stayed smooth and creak free throughout that time, with a recent disassembly showing that the bearings were still in good condition. For some perspective, I've had units from Shimano and SRAM that have lasted half of that in similar conditions. 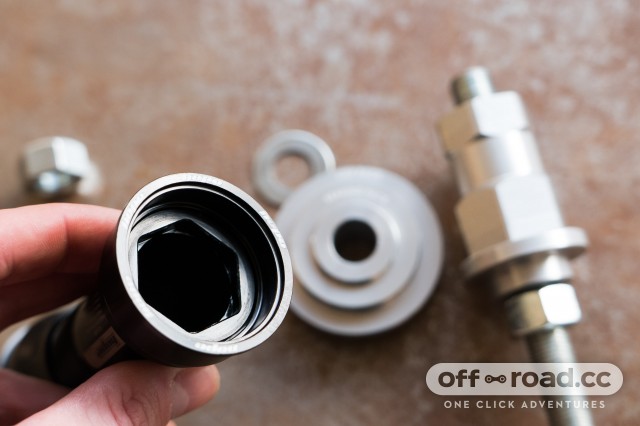 The fact that the unit is made from aluminium rather than the usual plastic composite also means that removing the cups doesn't result in their destruction either, so it's possible to switch the bottom bracket to an alternate bike. When the bearings are worn out, you can push these out on their own and leave the shell in place, greatly simplifying the task. 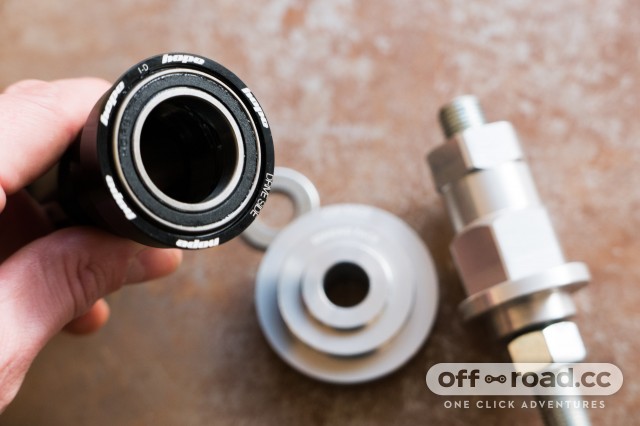 The downside to all this is the expense, which isn't helped by the fact that you'll also need to purchase or otherwise get access to the specialist tool (£47.90) needed to press in the cups, tighten the spindle and seat the bearings into the cups. Once you've figured out the process - Hope has a video on their site that's essential viewing - the tool does make life much easier than trying to bodge it. If you and some mates all suffer Press-Fit equipped bike woes, then buying one outright to share will make sense, but otherwise, your local bike shop will probably have one and be more than happy to fit it for you. 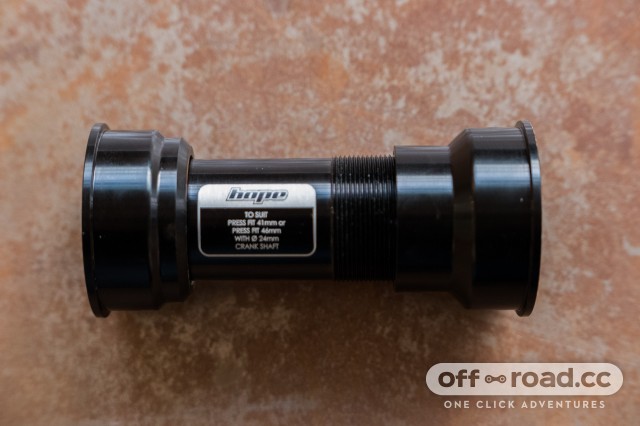 There are other thread-together Press-Fit replacement designs out there such as this Wheels Mfg unit. That doesn't need a special tool to fit it, but it does cost a similar amount at retail. One advantage of the Hope unit is that you can convert it to work with Shimano 24mm of SRAM GXP stepped 24/22mm crank spindles with a separately available adaptor.

It's possible to get at least two standard Press-Fit bottom brackets for the asking price of this one, given the fact it's a superior design and has a much-extended lifespan, that seems pretty reasonable. Anyone who's had to put up with a serially creaky bottom bracket will think it's a bargain.

Yeah, it was silent and lasted ages

If they keep killing standard Press-Fit brackets, then yes