Skip to main content
Log In Register
Trek Fuel EX 5 Women’s 27.5 Plus £1,800.00
A confidence inspiring Plus bike that adds comfort to even the roughest of terrain 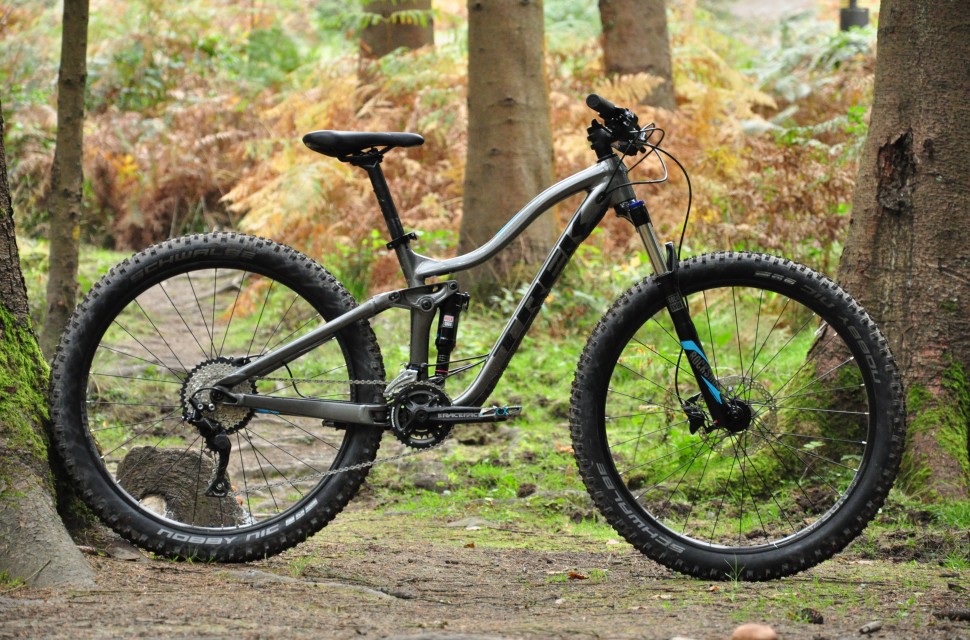 While this Trek Fuel EX 5  may look like a roller skate on wheels, complete with disco-tastic 'anthracite' metallic grey finish and chunky platform shoes reminiscent of the Spice Girls’ heyday, it does cover a particular niche between ‘trail’ and ‘cross-country’, and it does it very well on a respectable budget.

Although it shares the same namesake as the hard-hitting and highly-rated Trek Fuel EX trail bike, the Fuel EX Plus is a slightly different beast. Plus-sized wheels and shorter travel suspension aside, this particular Fuel features Trek’s 'high geometry', which means a more upright riding position to favour the aspiring amateur mountain bikers among us.

Though I did not feel like it was as capable as it’s enduro-smashing older brother on the technical descents, the Fuel EX Plus was certainly more inclined to, er, incline, and it made light work of long miles. 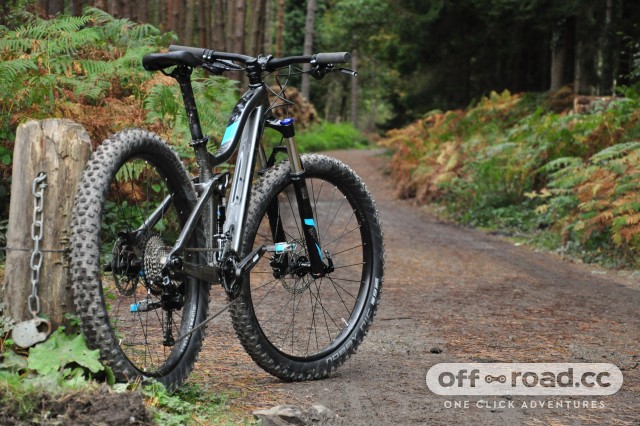 In respect of sizing, the Fuel EX Plus has a slightly shorter top tube length than the standard Fuel EX. This is to accommodate that 'high geometry' feel, but the Fuel EX Plus Women’s bike, on test here, takes this sizing one step further. At 5’1”, I usually ride a Small/15.5”, which would have been fine in the men’s Plus or the standard Fuel EX sizing, but was a lot shorter than I’m used to on the Women’s Fuel EX Plus, with a reach figure that's 12mm less than the 15.5" sized unisex bike.This sounds negative, but it is, in fact, great for less flexible riders or cyclists that are new to mountain biking, and it compliments the dropped top-tube for low stand-over clearance. Experienced riders, however, may wish to opt for the unisex option, or the next size up. 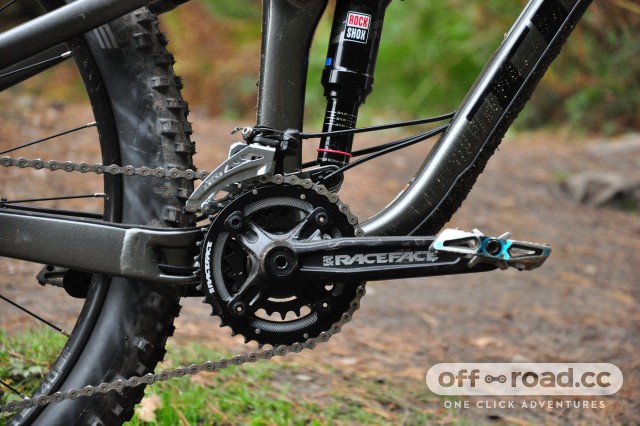 A quick look over the spec reveals some good kit, regardless of the price. Shimano Deore 2x10spd (20 speed) gearing is usual in bikes under £2k, but with the Fuel EX Plus being full suspension and comprising of respectable shocks in the 140mm RockShox Recon Silver forks and 130mm RockShox Deluxe RL rear shock, it becomes quite a well-priced little package. It's worth noting that the smaller 14" and 15.5" frames get a 120mm travel fork. 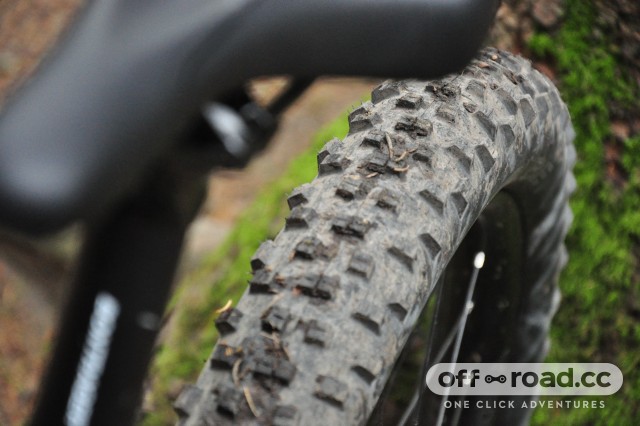 SUNringlé Duroc 40 SL wheels may not be overly light or bling, but they use the wider and stiffer Boost hub spacing front and rear, and laced with fast rolling Schwalbe Rocket Ron tyres that come with tubeless strips and valves included, though later production bikes are likely to come shod with Maxxis Rekon rubber instead. 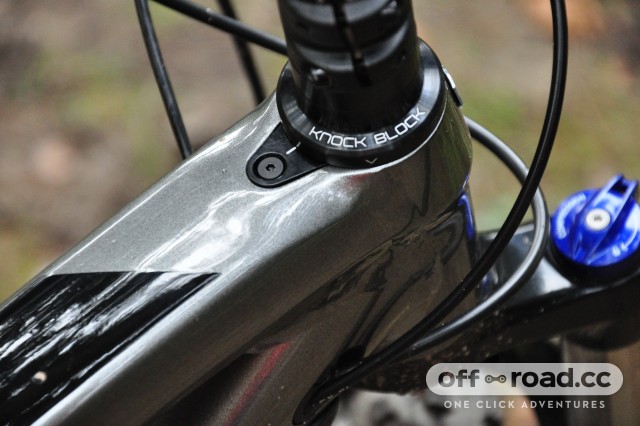 Bonus features on the frame itself, other than a curvaceous top-tube to rival Marilyn Munroe without lifting up a skirt, is the KnockBlock; an integrated bearing cartridge that physically stops the handlebars and fork crown from over-rotating. This not only protects your frame from being hit by the handlebars in a crash, it also means Trek doesn't have to bend or reposition the downtube to clear the fork crown, allowing for a stronger and lighter piece of tubing. It also stops handlebars and brake levers ending up where they shouldn’t, and trust me, I’ve seen enough Halloween-like photos to know that this is a good idea. 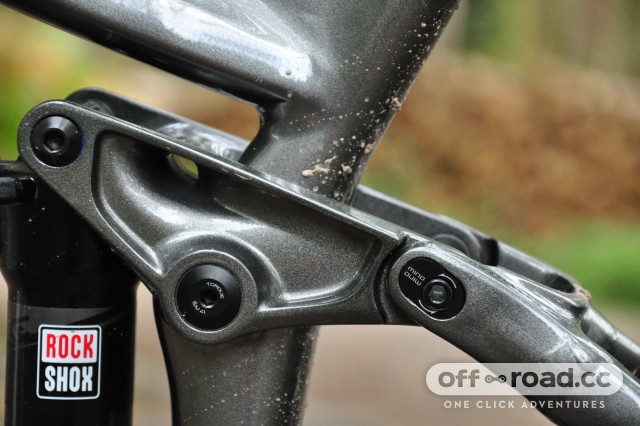 One other frame feature is the Mino Link, which allows you to make the geometry slacker by a 0.5º and to lower the bottom bracket by 10mm. Simply use a hex-key to flip the link and choose between the two settings. I did find that the slacker position took the edge of the skittish descending, but the adjustments were not massively noticeable elsewhere. 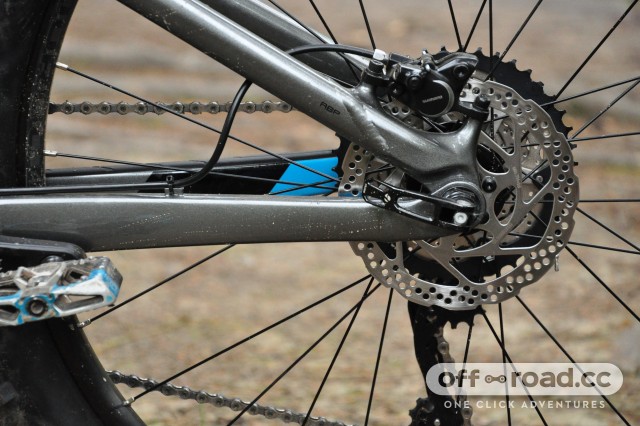 All in all, this bike felt like it had a lot more than 130/120mm of suspension travel. It was super plush and comfortable to ride and really excelled on low-tech rough terrain like bumpy bridleways and rooty singletrack. It bumbled over rocks and straight-lined wild vegetation like a steamroller, with minimal unwanted feedback throughout the body. The tyres rolled quickly and tracked corners as well as any other 650+ trail bike, and climbed as effortlessly as a 29er. Getting tyre pressure is critical, as with any Plus bike and the Schwalbe rubber isn't so great in wet conditions either. 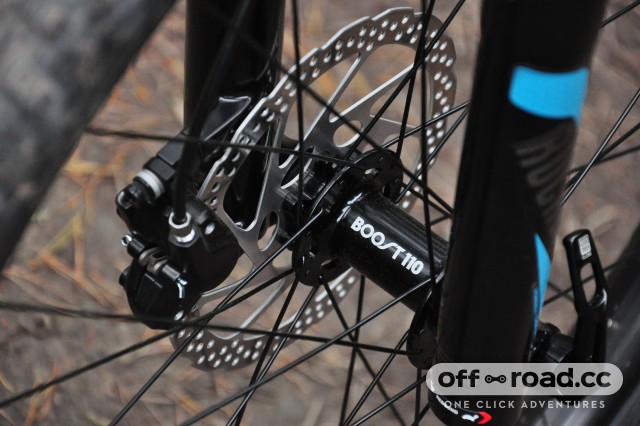 The only disadvantage with the Fuel EX Plus was that the “high geometry” and upright position felt a little vulnerable on steep technical descents. That, however, was overshadowed by its willingness to tackling long days in the saddle with little fuss or discomfort.