Skip to main content
Log In Register
Mondraker e-Crafty XR Plus review £5,799.00
A serious slugger when climbing or descending, but it's not without flaws 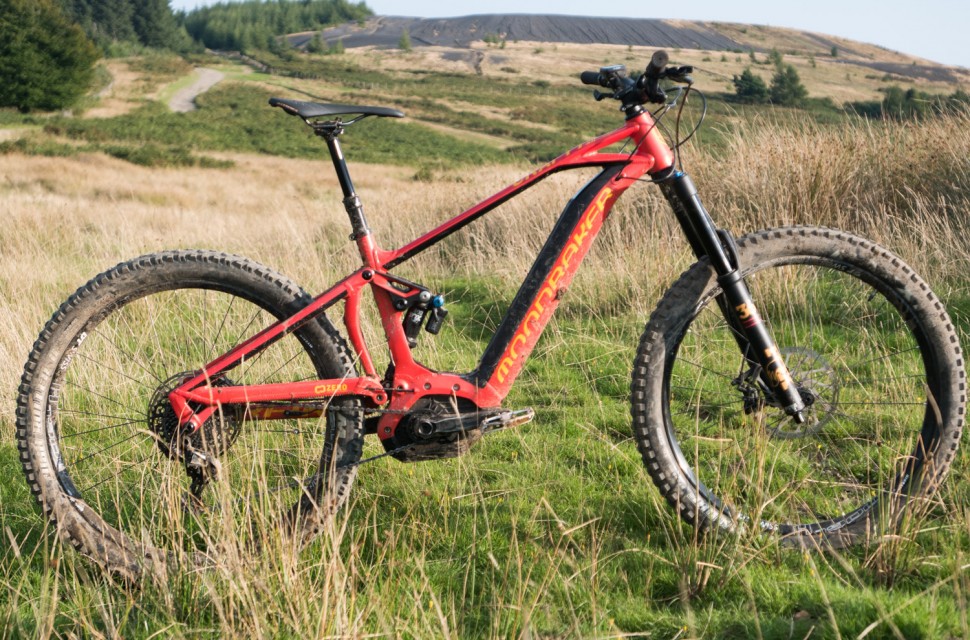 Jon Woodhouse
|
Sep 21 2018
|
Overall
Quality
Performance
Value
What's good?
What's not?
Buy if...
You're after an e-MTB that'll fly through the rough and you're not fussed about a 'playful' bike

Mondraker's mid travel e-Crafty XR Plus is an absolute monster when it comes to smashing up and down the rough stuff thanks to super long geometry, a grunty Bosch motor and a whole lot of momentum, but the combination of sheer mass, huge chainstays and suspension that sometimes feeds back a little too much to the rider makes it a handful elsewhere.

The e-Crafty uses an all-aluminium frame with Bosch Performance Line CX motor and an integrated 500Wh battery to help give you a 250W boost up the hills. All that grunt is relayed to the ground by fat 2.8" wide tyres on 35mm wide 650b rims, while there's 160mm of travel at the front and 140mm out back, the latter using the multi-link Zero Suspension system seem on their solely meat powered machines.

All that is paired with their extra-long Forward Geometry which boosts frame reach in combination with a dinky stem, giving a pretty huge 475mm reach for a medium frame - some 15mm longer than most brand's large offerings. I'm a big fan of this setup in their normal bikes but in combination with a lot of weight from the battery in the down tube and an extremely long 475mm chainstay, the e-Crafty can often be a bit of a pig on flatter trails, with the agility not helped by the flabby-by-e-bike-standards 25kg weight. It requires an awful lot of upper body strength to hustle the bike through tighter turns, making it quite a physical and tiring ride. 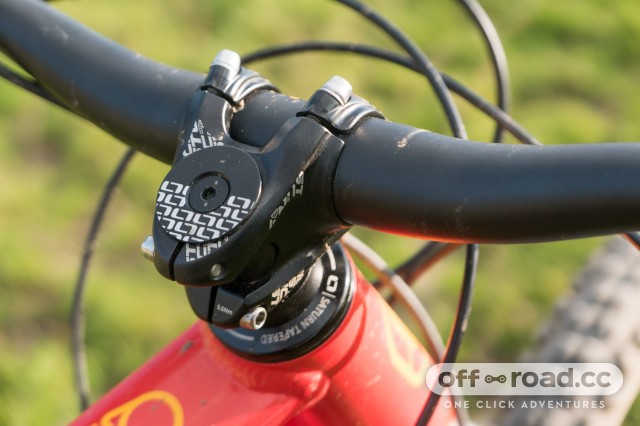 Forsake winding and flatter singletrack for the steep and rough and you'll see the flip side of this geometric equation. In conjunction with the fat and grippy Maxxis rubber and supple suspension provided by Fox's Performance series DPX2 shock at the rear and the 36 FIT4 damped fork up front - and a sprung to unsprung mass ratio to die for - the bike absolutely steams through the roughest of terrain and stays unerringly on course while it does so. 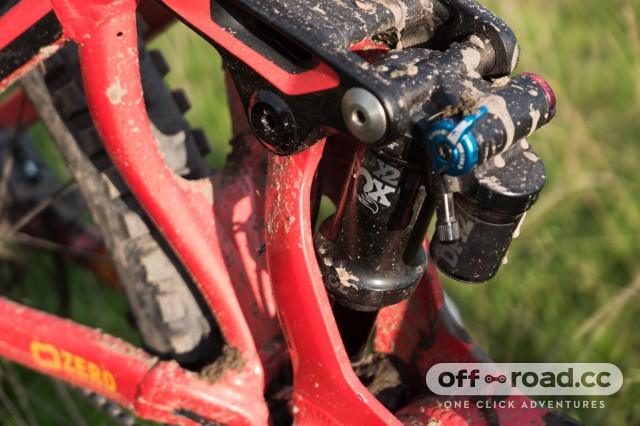 The rear end progression worked nicely from the box, but the fork definitely worked best with a volume spacer installed to help it ramp up a bit - and on steep stuff leaving the three position compression adjuster in the middle position also helped front-end support. You'll also want to convert the tyres to tubeless sooner rather than later, despite the reinforced EXO casing. 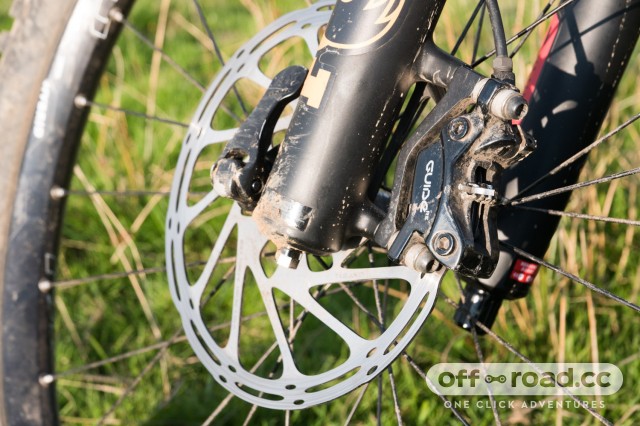 Despite the excellent SRAM Guide RE brakes, getting the bike slowed down in time requires a bit more planning than you'd usually need - half because of the weight and half because you're almost always going a lot faster than you think. It's there that the geometry really helps out - which it also does uphill - providing masses of confidence to keep riding what feels like some kind of unstoppable tidal wave on wheels.

However, the Zero Suspension design doesn't translate as well to an e-bike as it does on Mondraker's normal machines. There's a fair old amount of anti-squat around the sag point thanks to the pivot placement and dinky 16T drive sprocket. That's great for a bike where pedalling efficiency is key, but it means that when the assistance comes in, the bike is noticeably pushed skywards as the chain tightens and the suspension extends. 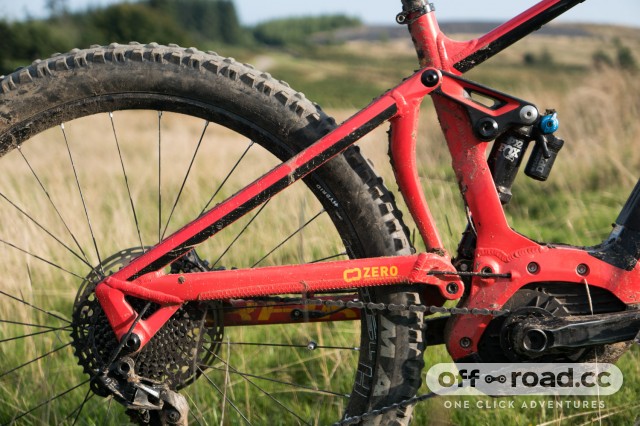 That makes it a bit weird feeling when trying to set off, especially on technical steep hill starts. It also occasionally sets up a bit of a bucking bronco resonance when you're pedalling near to the limited speed as the assistance kicks in and out. The other downside is pedal kickback when you're riding around the sag point, though that does taper off the further you get into the travel. It's an odd choice as pedal bob isn't that much of an issue on an e-bike - nor is outright pedalling efficiency. 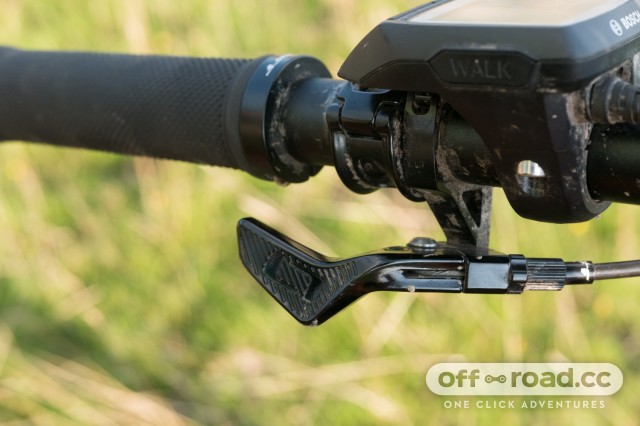 That said, you can keep the front end weighted to the ground and hold your nerve when pointing up ridiculous slopes, it's hugely impressive what you can get this bike up. That grin-inducing, this-is-mental climbing capability is all helped by decent ground clearance when pedalling thanks to the thoughtful fitment of 165mm cranks and the reasonably steep 75º seat angle, which isn't offset to keep your weight forward, though we did dip the nose of the saddle for greater comfort on extended steep use. 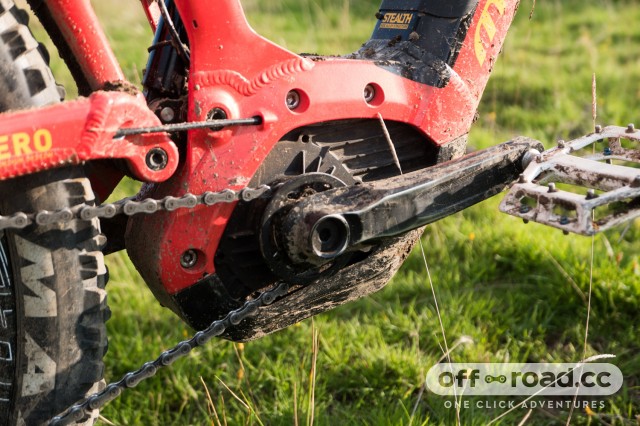 That said, the uphill kick is mostly because of the muscular pedal-assist motor. In terms of feel and response, the Bosch unit is one of the best, though the over-driven geared design does mean that it's very hard to pedal this bike over the 15mph assistance limit on the flat as there's a fair bit more parasitic loss than Shimano's directly driven units.

It's an inherently more draggy design, so god forbid you let the battery run dry. I've had about 1,000m of vertical climbing from a single charge on full-chat Turbo mode, though the adaptive E-MTB mode or even lower powered assistance settings will obviously help you eke out a bit more distance. It's on the way out now in favour of newer models, but the fitted Purion controller isn't the best - the buttons can be a bit vague feeling and cycling through the display to show range, ride mode or trip and total distance isn't exactly intuitive. 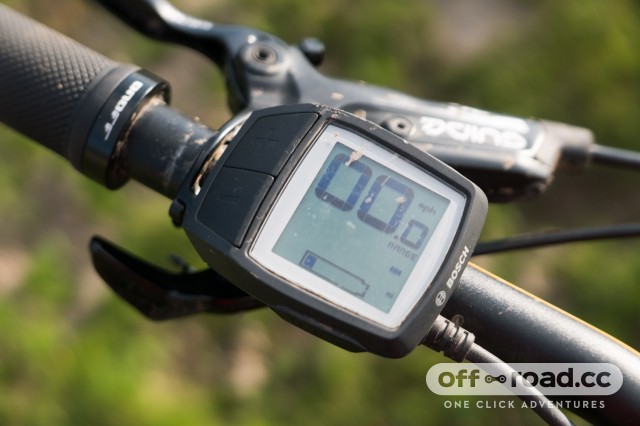 We also had an issue with rough running bearings with our drive unit after around 300 miles, though Bosch said this was an isolated incidence due to a bad batch of non-tolerance bearings our motor was fitted with and would be covered by their warranty, the period of which would also re-start on completion of the repair work.

These issues aside, it might be more pressing that the e-Crafty doesn't offer particularly great value when compared to even mainstream rivals. The DT Swiss H1900 wheels, Mondraker own-brand dropper post and SRAM 11spd NX drivetrain along with the rest of the kit fitted is all very functional stuff but Specialized's new Turbo Levo Comp Carbon features a similar build but gets a carbon front triangle for a couple of hundred pounds more. Comparing it to direct sales rivals such as Canyon's Spectral:ON and it looks even less favourable. 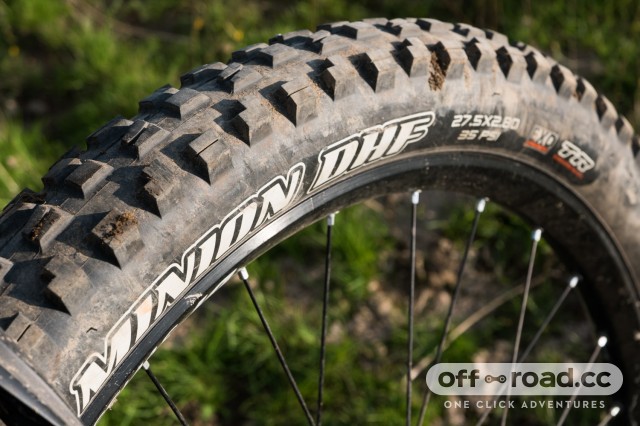 That said, it's questionable whether either of those bikes has the sheer ground smashing, terrain trashing capability the e-Crafty does thanks to its geometry. If you're not fussed about messing about on flatter trails and just want to sail up and down the silliest gradients you can find, then it might be the one for you. For most, it might be a bit much; both in terms of attitude, effort and also pricing.