Skip to main content
Log In Register
29er 2.1" tyres, 6 bottle mounts and as much badass as you can handle 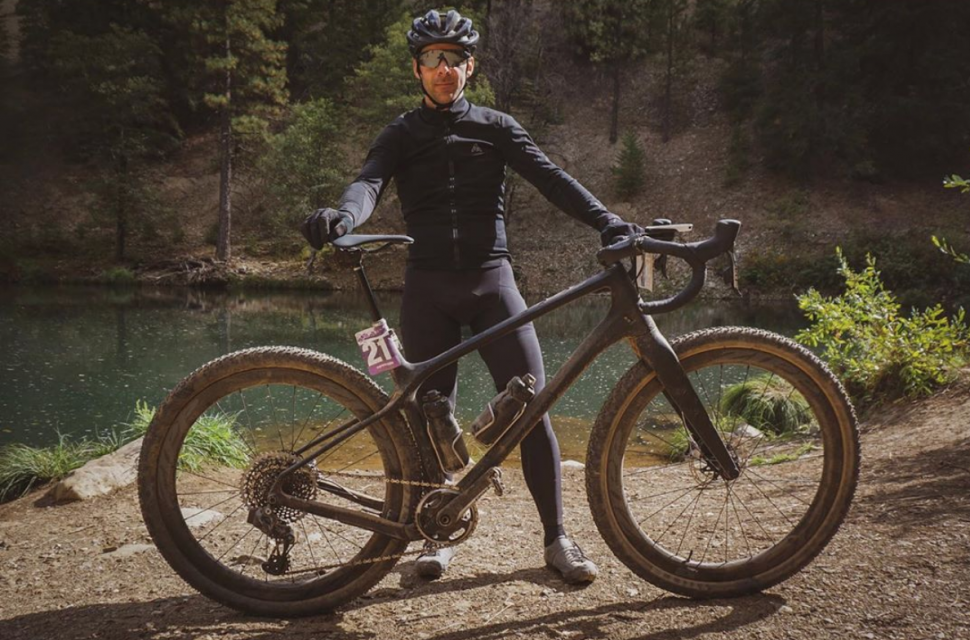 We, well actually our Dave Arthur (Instagram @davidjarthur), spotted this very cool looking Evil Bikes gravel bike on the 'gram on Monday and since then we've been trying to get our hands on more information. It's a first prototype drop-bar bike from the mountain bike brand, it's almost certainly carbon, it has fat tyres and is definitely topping out on the 'rad adventure bike' scale, here's what else we know....

If there was one mountain bike company we thought would never make a gravel bike, Evil Bikes would probably be it! This bike, however, was spotted by @nicholasmha (Nicholas Haig-arack), who we think is an American freelance journalist, and his colleagues and posted about on The Radavist site. They saw the bike whilst they were racing the Californian Grinduro over the weekend. By all accounts, the bike was ridden by Jason Moeschler the COO of Evil Bikes and reportedly he was ripping it up aboard the new gravel machine.

We contacted Evil Bikes to see if we could ascertain some of the finer bike details but alas, it's all hush-hush on their end. It seems these lucky journo's spotted a brand new bike whilst out racing and got some very exclusive photos!

From the posts and from Cal at Evil Bikes in the UK we know the bike is called the Gravel Bike X, we are pretty sure that won't be the production name though! The bike looks to have 29er wheels with fat tyres, it looks to be WTB Nano 2.1" rubber and whilst that's neither here nor there on a proto bike, it does signal the bike has some massive clearance albeit it does look rather tight at the back even with dropped chainstays.

There are internal cable routing ports, although Jason here has gone no-holds-barred SRAM AXS including a full-length dropper post. This bike gets a 1x drive train but there's compatibility for a front mech if you want to go 2x, it'll be interesting to see if this stays on the production models when it's such an aggressive looking bike.

The bike is reported to have 6 sets of bosses for cages/mounts, and it looks like there will be plenty of room for two bottles and a decent sized frame pack inside the front triangle too or three bottles all inside the frame.

Its hard to comment on the geometry from just a photo aside to say this thing looks pretty long in gravel bike terms, the head angle looks like it'll be a few clicks slacker than we are used to on this type of bike. It does also look like Evil have gone down the route of creating a taller head tube, like Merida are doing, to give an upright feeling more akin to a mountain bike. In fact, imagine this with flat bars rather than drops, what are you seeing? Hardtail mountain bike? Yep, us too, its basically what you might expect a group of mountain bikers to design when you let them loose on the gravel!

Stay tuned for more information, we'll get the news to you as soon as we get more details!