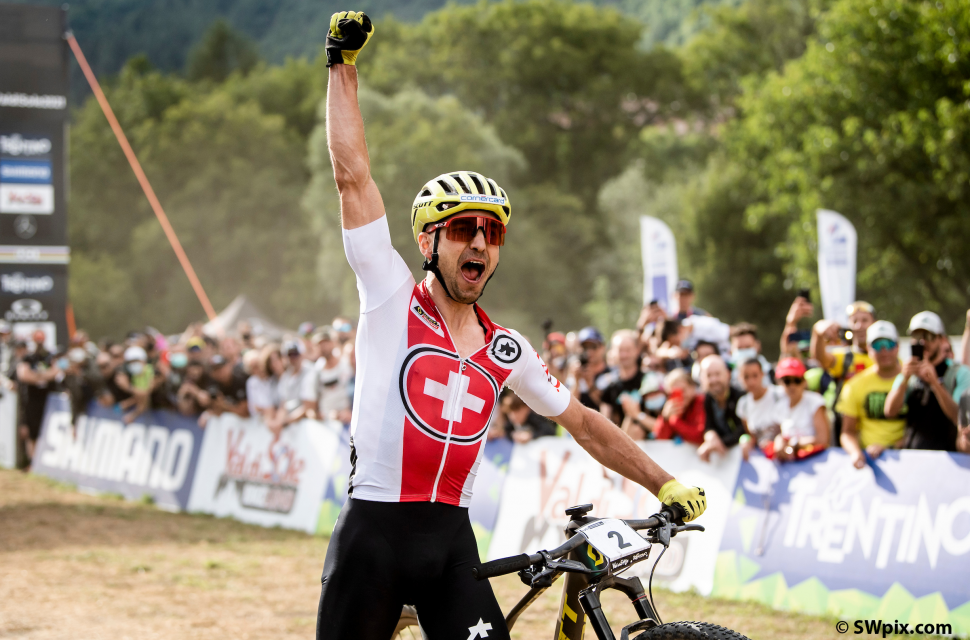 Knowing who won doesn’t tell the full story. Whether it’s a Football World Cup champion or the UCI’s XCO World Cup winner. For the last decade, followers of cross-country mountain biking have become familiar with one Helvetic rider's domination. Nino Schurter’s status as the greatest XCO mountain biker of all time was never in doubt before the 2022 season. He powered to his tenth overall World Cup series title, but it wasn’t the dominant performance we’ve come to expect.

The 2022 XCO World Cup season featured several race winners and unusual discord within Swiss mountain biking. Schurter is closer to the end of his career than the middle, and the 2022 World Cup revealed who the challengers will be to take over his mantle.

Winning in the rainforest 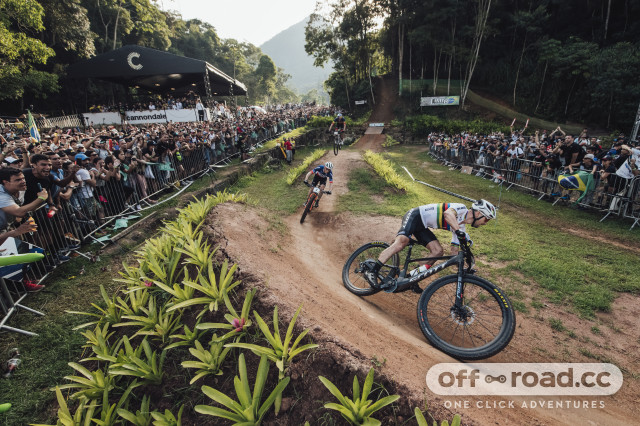 Schurter was dominant at the first event of the year in Brazil, as World Cup mountain biking returned to South America’s most populous country, after a Latin American hiatus of 16 years. The Petropolis venue was exotic, with challenging humidity, and although it delivered a strong start for Schurter, there was a great disappointment for Brazil’s greatest mountain biker.

Much was expected from Henrique Avancini at his home event, on a track he knows better than any. But the Brazilian rider could only manage a 13th. Schurter’s reaction on the podium was potently emotional in Petropolis, as he equalled Julian Absalon’s record of 33 UCI World Cup wins.

As the world’s best mountain bikers journeyed for Europe, where the bulk of UCI World Cup events were scheduled, Schurter’s likelihood of besting Absalon’s overall win record, was assumed to be a certainty. But this was not to be the case. In fact, the great Swiss rider would not win another UCI World Cup event in the 2022 season. 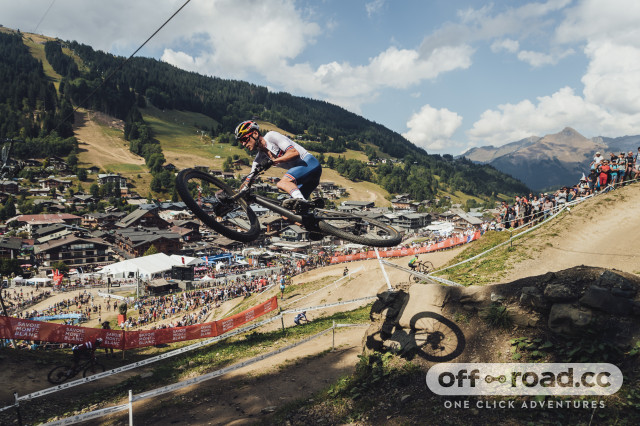 Consistency carried Schurter to his overall World Cup win, despite only one win in the season. The statistics don’t reveal the emotional texture of Schurter’s tenth title, which ranks as his most testing.

But Schurter’s most unexpected and disruptive challenge was from a fellow Swiss. After Pidcock won back-to-back in Germany and Czech Republic, the Austrian round in Leogang saw a Swiss win and second place. But Schurter wasn’t atop the podium, with Flückiger taking victory in Austria, which set up all the tension for Schurter and Flückiger’s home race.

The Swiss round incident 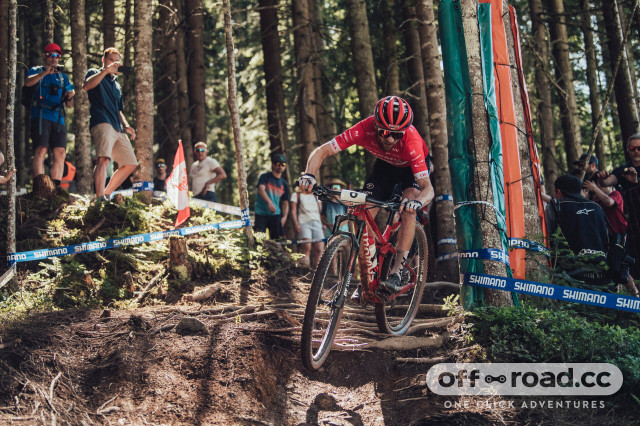 During the Swiss UCI World Cup round, in Lenzerheide, Schurter was expected to win – and establish a new record for overall victories. An unexplained – and controversial – collision between Schurter and Mathias Flückiger, cost both victories and unmasked a rarely seen side of the Swiss multiple world champion.

In the immediate aftermath of the Lenzerheide race, Schurter was livid. He projected undiluted anger at Flückiger in Swiss German, and the tension was palpable. Flückiger dismissed their collision as a mere ‘racing incident’, but this did little to defuse the situation. There was a massive social media backlash against Flückiger, the severity of which precluded him from travelling from Europe to North America, for the American and Canadian UCI World Cup rounds.

Schurter rode smartly for the remaining events, finishing second in the final round in Italy. To mountain biking’s most ardent fans, Schurter’s tenth UCI World Cup series win was perhaps his most defining. One where several young riders were continuously threatening his ambitions.

What is left for the most accomplished XCO mountain biker of all time? There is the issue of being tied with Julien Absalon, on 33 wins each. Although he tallied only a single victory in 2022, it would be improbable for Schurter not to beat Absalon’s record next season.

The women’s World Cup was a mighty tight battle 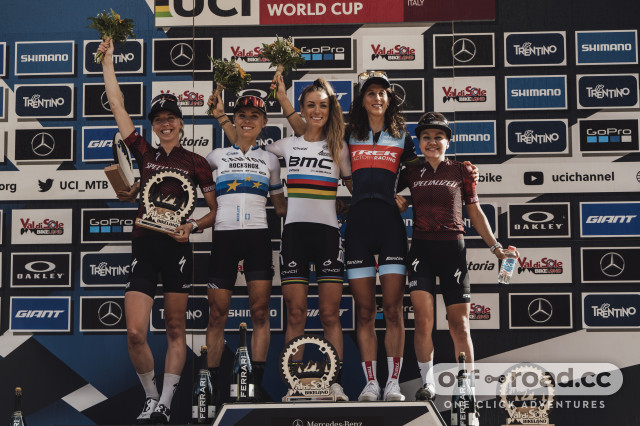 The 2022 season left no doubt alive about the health of competitive women’s XCO racing, as we witnessed some terrifically close race results, and the data revealed more when the points were tallied at the season’s end.

The difference between Keller and McConnell was only 56 points, and the gap from McConnell to Tepstra was a mere 8 points. In contrast, in the men’s top three Schurter won from Carod by 103 points, with third-placed Braidot 87 points behind Carod.

And what about the bikes? 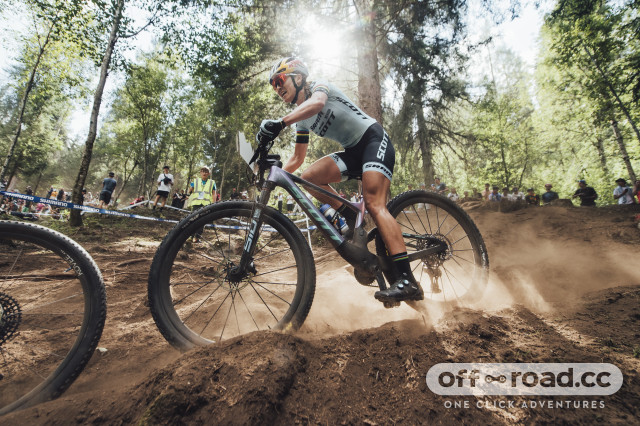 Droppers and clever handlebar controls were both strong themes during the 2022 season. With XCO World Cup courses more technical than ever, riders who previously eschewed the idea of a dropper post, finally embraced them.

As the technicality of World Cup courses dictated equipment choices, riders who were once hesitant to dropper seatposts, were swayed to their usage. The defining technical feature of the 2022 UCI XCO World Cup season, was the broad standardisation of 50-70mm dropper seatposts.