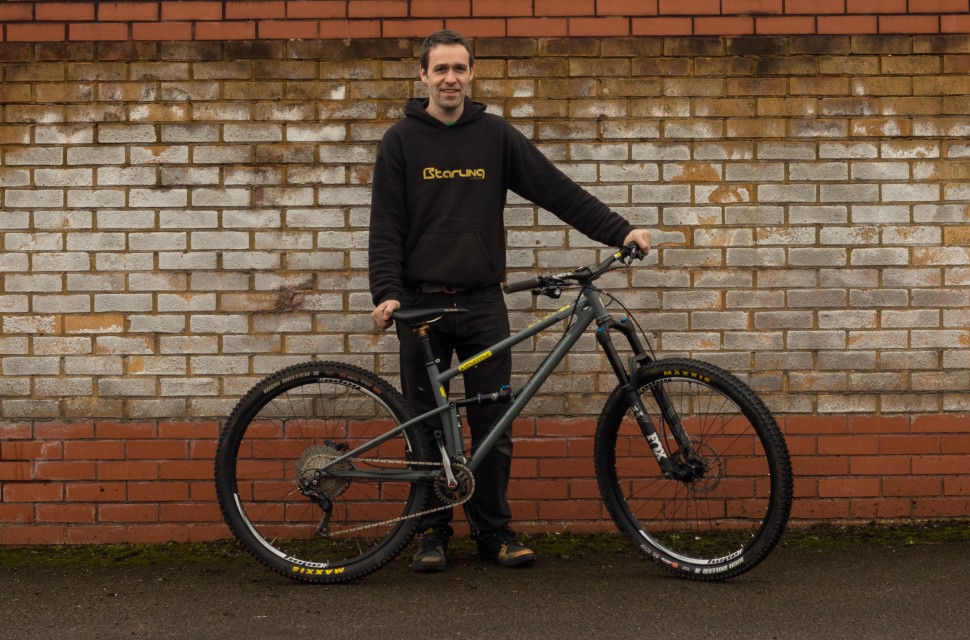 Taking a project in a new direction is daunting for any business owner, let alone one that has built its reputation on a hand-made, custom item and is about to buck that trend. Joe at Starling Cycles found himself in exactly that situation, with the imminent arrival of the first batch of Taiwanese factory made Murmur's, we went to visit him to find out the story behind the change.

Joe McEwan is the man behind the birds at Starling Cycles, a relative newcomer to the bike building scene he has only been building frames as a full-time occupation since December 2016. Before that Joe juggled a job as an Aerospace Stress Engineer in Bristol whilst designing and building frames in the other hours of his week in the shed at home. With big ambitions and with Starling Cycles still in its relative infancy Joe’s thoughts began to run in the direction of factory-built frames. Not bikes intended to replace the hand-built beauties emerging from his shed, but as an addition to the business, bikes to fulfil demands set by those customers clamouring to get their hands on a steel framed Starling where great but not necessarily custom geometry was on the list of demands. 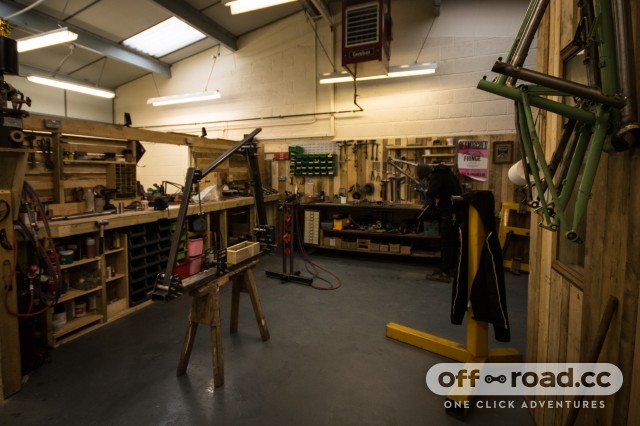 With the seed sewn the growth of a Taiwanese Starling Murmur Factory began. The whole process from original concept to the factory has been a year in the making, says Joe. “There had been talk in the UK between me and some other UK manufactures about setting up a UK factory, no names can be mentioned, but this all fell through for various reasons”. As an alternative Joe then started talking to an agent about the possibility of using the Taiwanese factory, ORA. His agent is an ex-frame builder himself and a keen mountain biker, Joe says he’s very much on the same wavelength as him, a crucial factor for getting the whole project to work in a way Joe is happy with. Eventually, Joe settled on a design he wanted, made an investment to get the tooling and test bikes and after a visit to the factory and the whole project was nearing completion or, fruition at least. 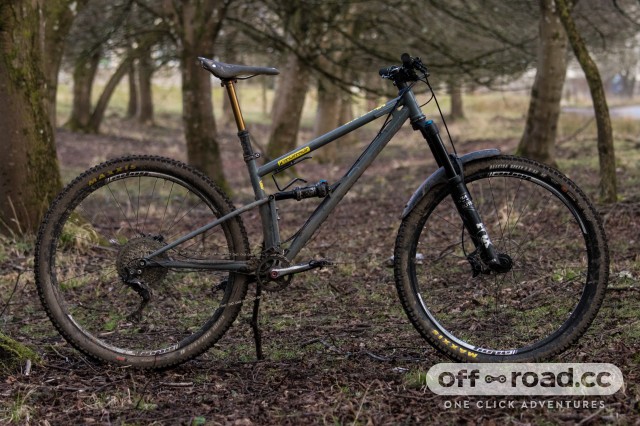 Joe reckons it’s a natural progression to be become an established frame manufacturer as he can’t supply demand by himself, he say’s taking the Starling brand in this way “is more cost effective” but he knows it would be a tricky subject for him to broach given his hand-made custom build business platform. Joe told us “It’s hard as people think of me as a bloke in a shed making bikes so for me moving to making stuff made in Taiwan is quite a big risk”. We put it to Joe that this move might be the difference between being a man in a shed and a bike brand? “yeah” Joe replies but tells us it’s not that cut and dried, he’s not set out to become a massive manufacture, saying “if the Taiwanese built bikes turns out to be popular, I’m still never going to do a massive amount, I just want to sell enough so I can have more staff making custom bikes here in the UK, so I can work on cool projects and new things, this way will give me the time I just don’t have at the moment”. 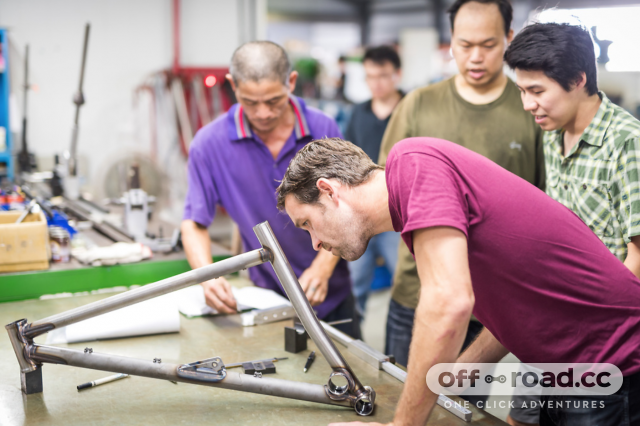 The new Murmur is to be called the ‘Murmur Factory’ and will be identical to the British handmade Mumur aside from a few small details, the main one being it will be handbuilt in Taiwan rather than the UK. There will be just two size options available for the 145mm travel 29er, a small and a large, with no custom geometry available, for that you’ll need to buy the UK version of the bike. The small has a reach of 450mm and the large has a reach of 485mm, two sizes that coupled with the 77 degree seat tube angle we reckon will please a lot of riders. The bike retains the same single pivot linkage, a set up Joes like for the linear leverage ratio saying, “It’s a simple bike that really works”. It’s a bike still designed to be used with an air shock with Joe telling us he’s worked closely with Chris Porter at Mojo to tune shock with medium rebound and compression tunes, saying the bike rides best with volume reducers inserted to help end stroke support. 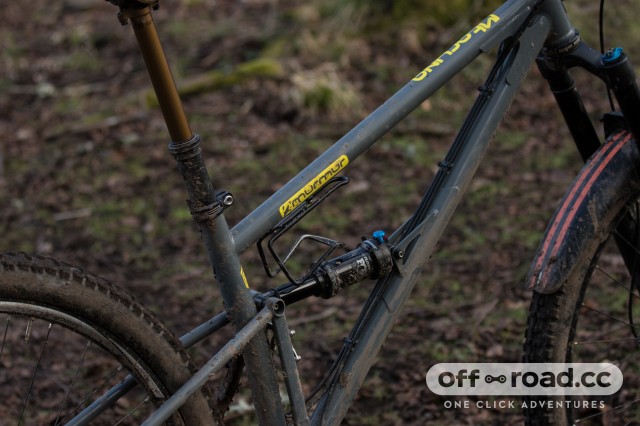 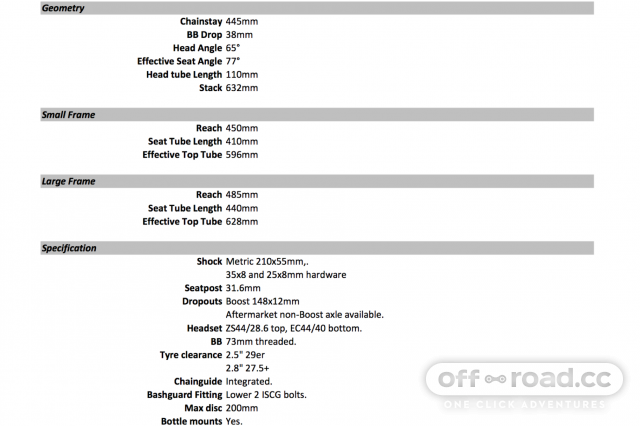 The frame itself will use the same material for both the Factory bike and the British handmade one (Reynolds 853 steel) the only difference being the use of a Taiwanese factory tube for the seat tube on the Factory bikes. The factory in Taiwan specify their own seat tubes, and prefer not to use Reynolds ones. Handmade bikes will still have Reynolds seat tube which is custom bent for Joe but is heavier when compared to Taiwanese seat tube. 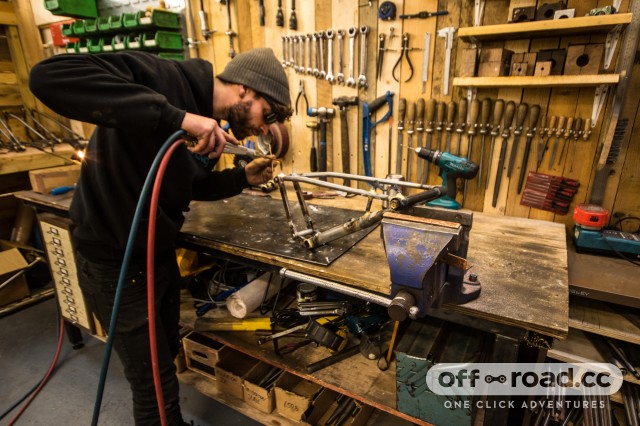 The Factory frame will be tig welded rather than brazed which Joe says makes no difference at all to the joint or its strength, it's just a different way of doing things. The head tube gusset you see here on our demo bike will be scrapped as the Taiwanese factory has no way of adding the bird detail as seen on Joe’s other bikes, without this he says he doesn’t like it, so away it goes! 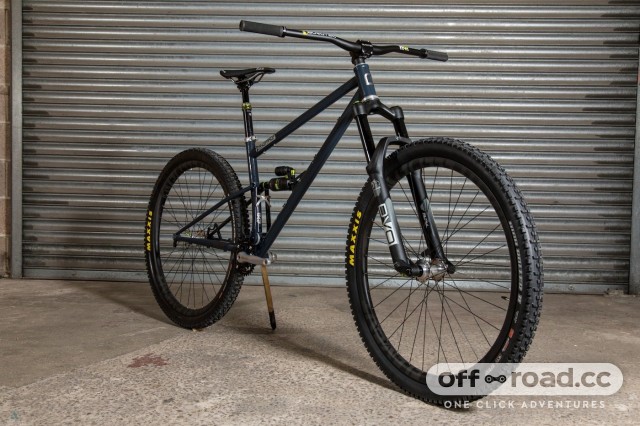 There are a few other alterations that will be made to the production frames; there will be slightly different seat stays with more of a curve in them to keep with the looks of Joe’s other bikes the Murmur and the Swoop, he says this is one of the things that he thinks “makes it Starling”. Joe also told us that the bend in the seat tube of this demo bike is too high and will be lowered for production bikes making it easier for shorter riders to be able to insert and use longer dropper posts. Chainstay clearance will be changing too, as you can see its pretty tight on our demo bike. Using boost cranks has helped enable Joe to move the stays out by 5mm making it easy to get a 2.5” tyre in rear. 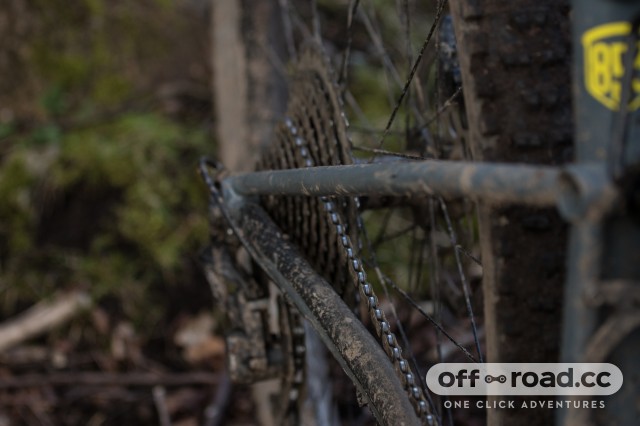 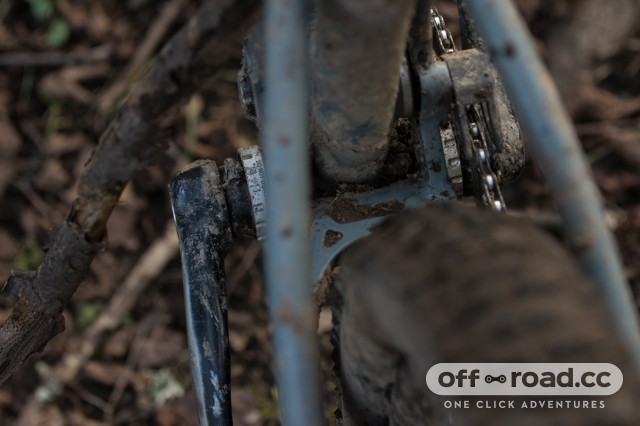 There is also a replaceable mech hanger rather than a steel one on the Factory bikes but this replaceable hanger will be used on handmade bikes in the near future too, as soon as Joe has them machined up. Lastly, the Murmur Factory will be available in just the 'Primer Grey' you see here but Joe will offer custom colours at £100 extra. In these cases, the frames will leave Taiwan unpainted and be adorned with your chosen colour once here in the UK.

How do you get one?

Pre-orders open today, 6th March 2018 and the first batch will be one of just 100 frames, meaning you’ll need to be quick off the mark if you want one. The bikes are due to arrive in in the early Autumn which means that if you order one now, you’ll get it sooner than you would do a custom built frame – he’s pretty backed up with orders at the moment! A Starling Cycles Murmur Factory will set you back from £1850 for the frame and a choice of shocks from Rockshox, Fox or DVO, but there are free goodies on offer if you are one of the customers who pre-order. Joe will offer a free Hope headset and seat clamp for those ordering and leaving a 20% deposit and if you pay in full upfront you’ll also get a full Burgtec build kit for free.

Sounds great right? It rides pretty well too – we’ve had an exclusive first ride on one of the new bikes over the last couple of weeks and can tell you that this is one super fun and stable bike, check out the full review here. For more detailed information and pre-orders head over to the Starling Cycles website.